Loftus-Cheek, Parker & Tomori: Why Fulham loanee must cut all ties with Chelsea

COMMENT: As it stands, he knows he'll have to start again. Ruben Loftus-Cheek and this stop-start career of his. Come June, the Chelsea midfielder is facing another watershed moment...

Even if Fulham were to pull off a Great Escape - and there's a lot of us who hope they will... for the football Scott Parker's team plays, for his canny work in the transfer market, for the rebuilding of careers like Loftus-Cheek and Joachim Andersen under his management... it'd be a great story to see the Cottagers beat the odds and stay up. But even if that was to happen, the likelihood of Loftus-Cheek sticking around will be slim.

As Parker himself says, for the player he is and the talent he possesses, Loftus-Cheek is a couple of levels above what Fulham can offer. But whether that promise should - and would - be served by returning to Chelsea is another question altogether. Indeed, for this column, come the summer, it'd be the right time for Loftus-Cheek to sever ties from his formative club. Now 24 and a Blue since the age of eight, Loftus-Cheek has everything to become one of the great midfielders in the Premier League. But he needs to play. And he needs a manager who needs him to play. And at Chelsea this summer, he's just not going to find that.

Just seven points separate 14th placed Southampton and Fulham, which currently sit 18th on the Prem table. The Cottagers' resurgence inspired in no small way by Loftus-Cheek finding a new jolt of self-belief. As Parker has stated in recent days, Fulham took on potential this season, not a readymade player. Short of confidence. Of form. Even match-fitness. Parker and his staff had to find a way to rebuild Loftus-Cheek. The impact we're seeing now was no fluke.

"From when he first came into the building you could sense someone a little bit weary and someone who was a little bit down," Parker recalled. "He had been out for an extremely long time and had not played a lot of football. I've just seen someone grow, grow and grow into the player who we've all seen."

Indeed, it's been a process of player and game management. A real science. And it's to the credit of Parker and his backroom team that we're now seeing Loftus-Cheek get closer to what so many of us believe he's capable of: not just a matchwinner, but a dominator. A midfielder capable of bossing both ends of the pitch. Parker can see that, as he should given what he achieved in his playing career, and it's clear that belief in Loftus-Cheek's potential has lifted the England international.

Parker again: "Goals, assists, grabbing games by the scruff of the neck are all elements he can do, and you can't say that about many players. It just shows the capabilities that he has." 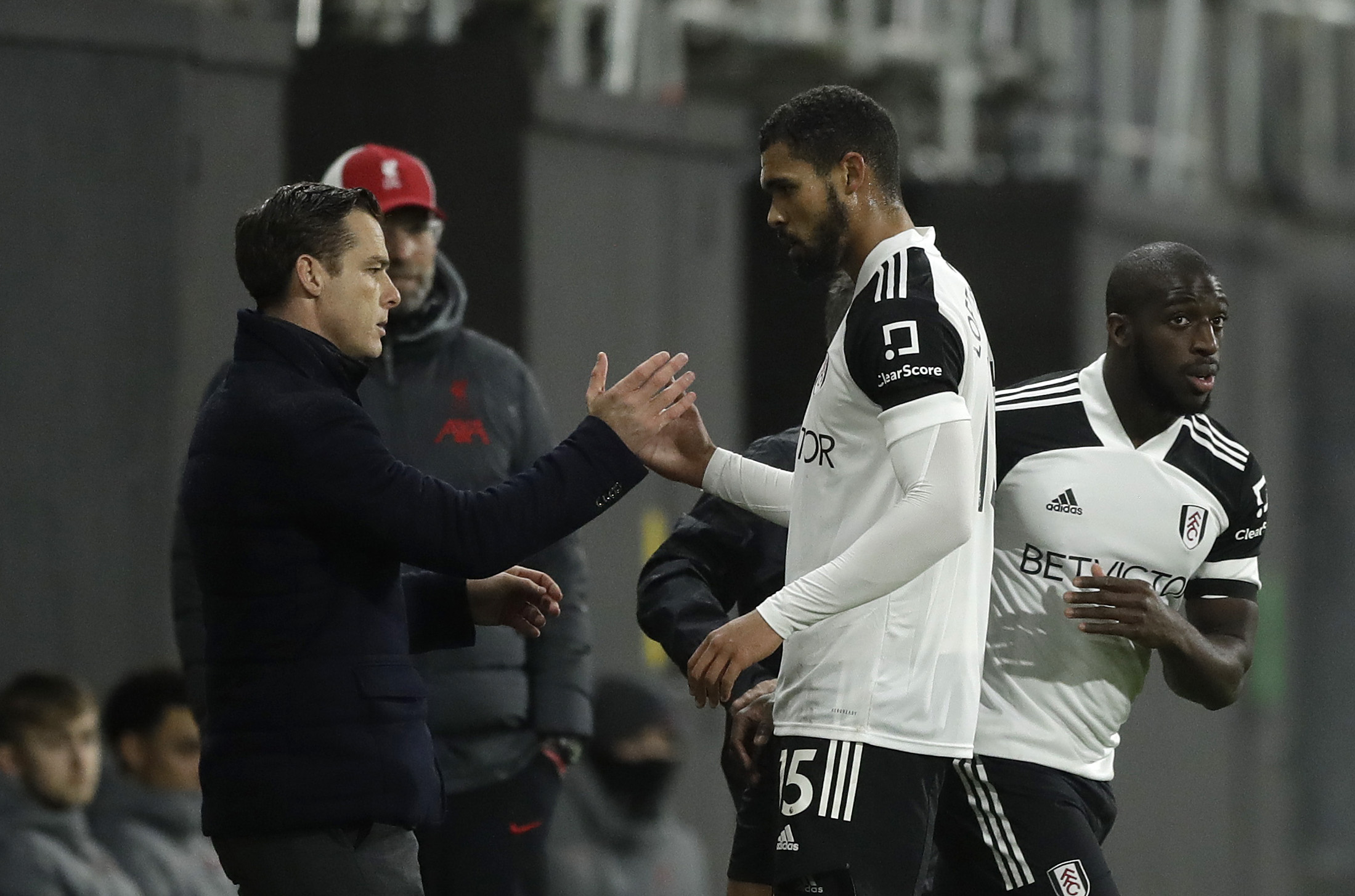 Parker and Loftus-Cheek against Liverpool

Seeing Loftus-Cheek day-to-day, Fulham's manager knows what he has on his hands. And he knows where such talent can take Loftus-Cheek.

"What he's got now is the only run of games he's had over the last 18 months and we've certainly seen improvements," adds Parker. "I still see loads and loads of levels from him and where he wants to get to."

But reaching those "levels" surely won't happen by trying again at Chelsea. Particularly at Thomas Tuchel's Chelsea. Another manager to win over. Another manager to convince that he can be more than a squad player. That the lack of a price-tag shouldn't work against him in the selection pecking order. Tuchel doesn't need Loftus-Cheek. He's busy enough trying to shoehorn Kai Havertz into his XI. Or attempting to placate a benched Hakim Ziyech. Big money signings that the higher ups are demanding better output from. Is Tuchel really going to switch his focus come preseason to work as close with Loftus-Cheek as Parker has?

Returning to Cobham just means starting again for Loftus-Cheek. All that momentum garnered from working under Parker at Craven Cottage destined to be lost. He'll hit a brick wall... again. And at 24, it's last thing at this stage in his career that Loftus-Cheek needs. Indeed, he doesn't need to look far to convince himself that there's a life - and career - after Chelsea.

Tomori has barely been a month with AC Milan, but he's already won over an army of admirers. From ex-players to ex-coaches. From Paolo Maldini to Fabio Capello. He never had this in England. No-one of Capello's status inside the English game came close to claiming "he's the type of defender I always wanted in my teams", nor has someone of Maldini's profile spoken of his admiration for Tomori's "qualities and intensity". The news coming out of Milanello today is that Maldini, in his role as sports director, is aiming to buy Tomori outright - and sell Alessio Romagnoli. The Chelsea player relegating his new captain to the bench in recent weeks.

So if Tomori, then why not Loftus-Cheek? If the centre-half from the Cobham academy can land himself in the middle of a title race - and the guarantee of Champions League football next season - then why can't Loftus-Cheek be capable of the same?

At Milan. In Italy. Tomori arrived a wanted - even needed - player. And he joined with a clean slate. No past perceptions. No set assumptions. Tomori was simply given his opening by coach Stefano Pioli - and he's grabbed it.

And this is what Loftus-Cheek needs to be considering between now and the end of the season. For it will be another watershed moment in this stop-start - but potentially great - career of his.

Like Tomori, he needs to find his Pioli. His Maldini. At Fulham he has that with Parker. It's now about going those "levels" higher. Something Loftus-Cheek simply won't get by returning to Chelsea come June.