Just as they did in the Carabao Cup final back in February, Liverpool beat Chelsea on penalties to claim the FA Cup trophy.

There was no way you would have guessed the game would finish 0-0 after 120 minutes with the way the contest began.

Diaz should have broken the deadlock six minutes later after being through by a magnificent outside of the foot pass from Trent Alexander-Arnold, but his tame effort was easily denied by Edouard Mendy. 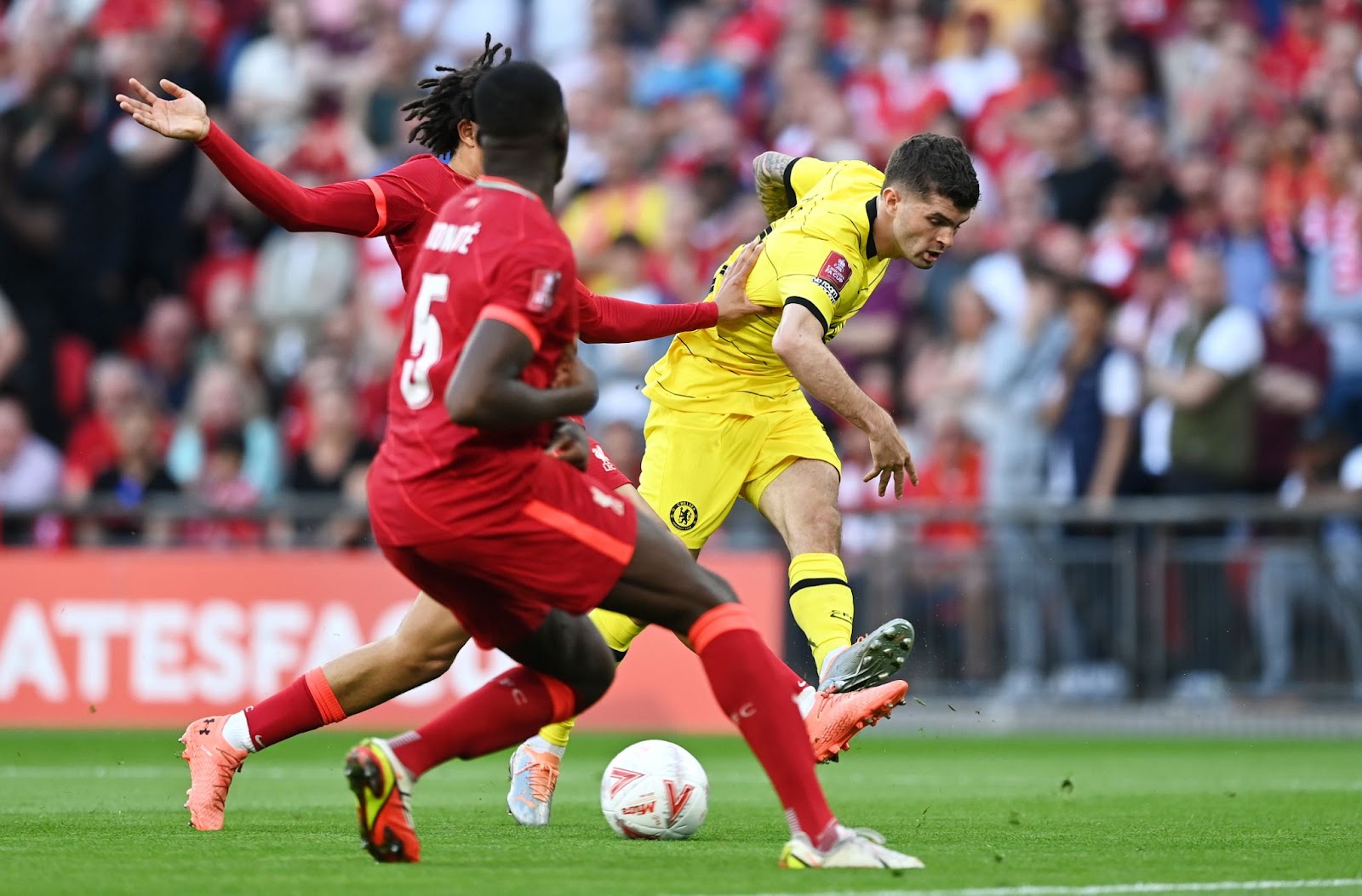 Chelsea were pinned back in their own-half, perhaps in a content state as they looked to challenge Liverpool on the counter.

This plan worked with two excellent chances within five minutes of each other. The first came when Christian Pulisic narrowly missed converting Mason Mount's cutback.

Marcos Alonso then should have put the Blues ahead after being put through by Pulisic, but the Spaniard's first touch let him down, allowing Alisson enough time to put pressure on his close-range shot.

Chelsea's pressure grew and Liverpool were down a star player when Mohamed Salah hobbled off with a groin injury after 33 minutes, leaving him in doubt for the Champions League final against Real Madrid on May 28. 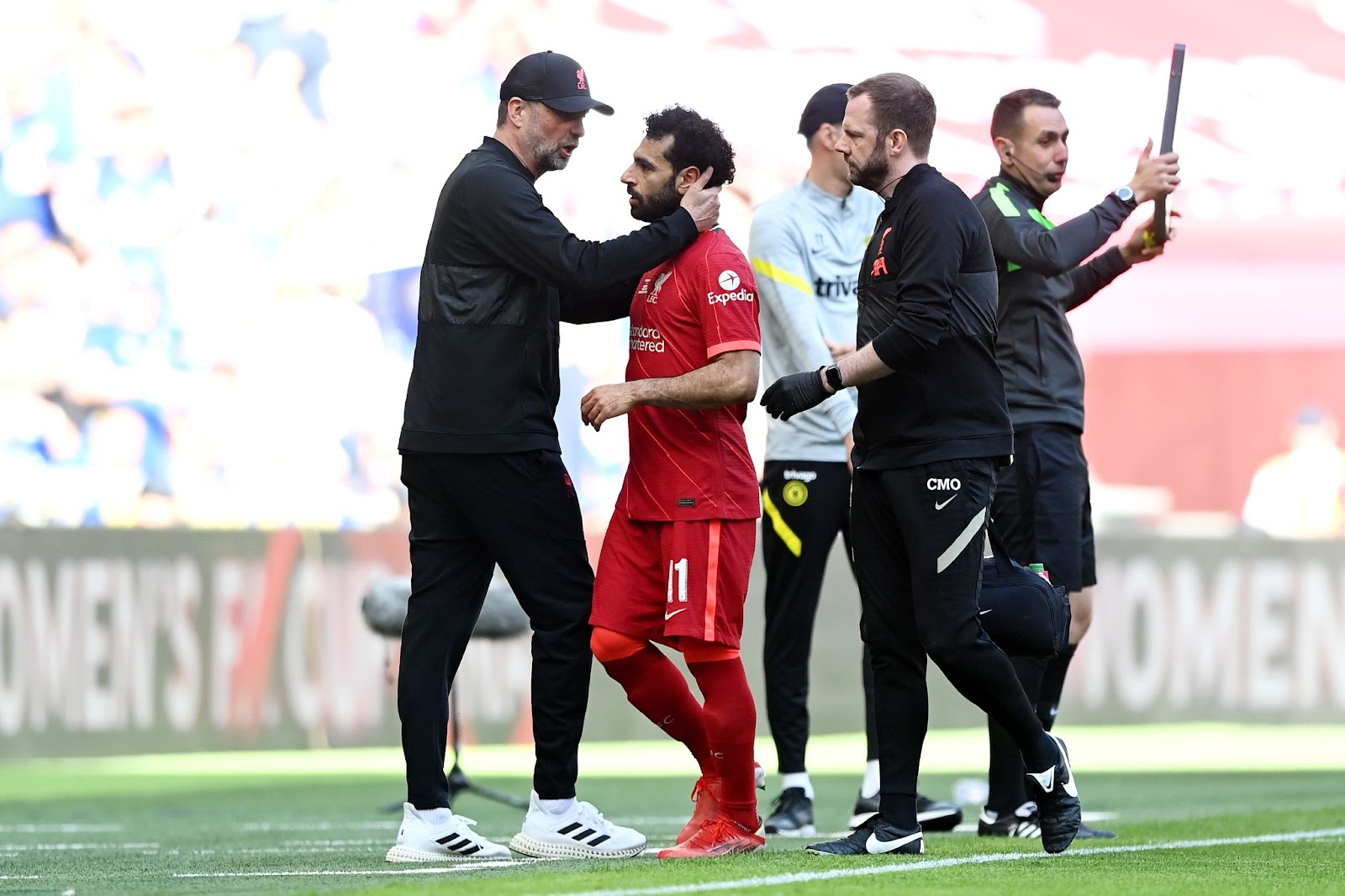 Salah's replacement, Diogo Jota, almost made himself an instant hero but could not keep his volley from sailing over the bar just before half-time.

Liverpool dominated possession in the first-half but they were immediately put on the back-foot as a revitalised Chelsea flipped the script.

With just a minute played in the second-half, Alonso sprayed a shot wide before Pulisic forced a great save from Alisson. Alonso then scraped the bar from a free-kick that had deceived the Reds goalkeeper. It was a warning from Chelsea. They were not going to continue their first-half plan. 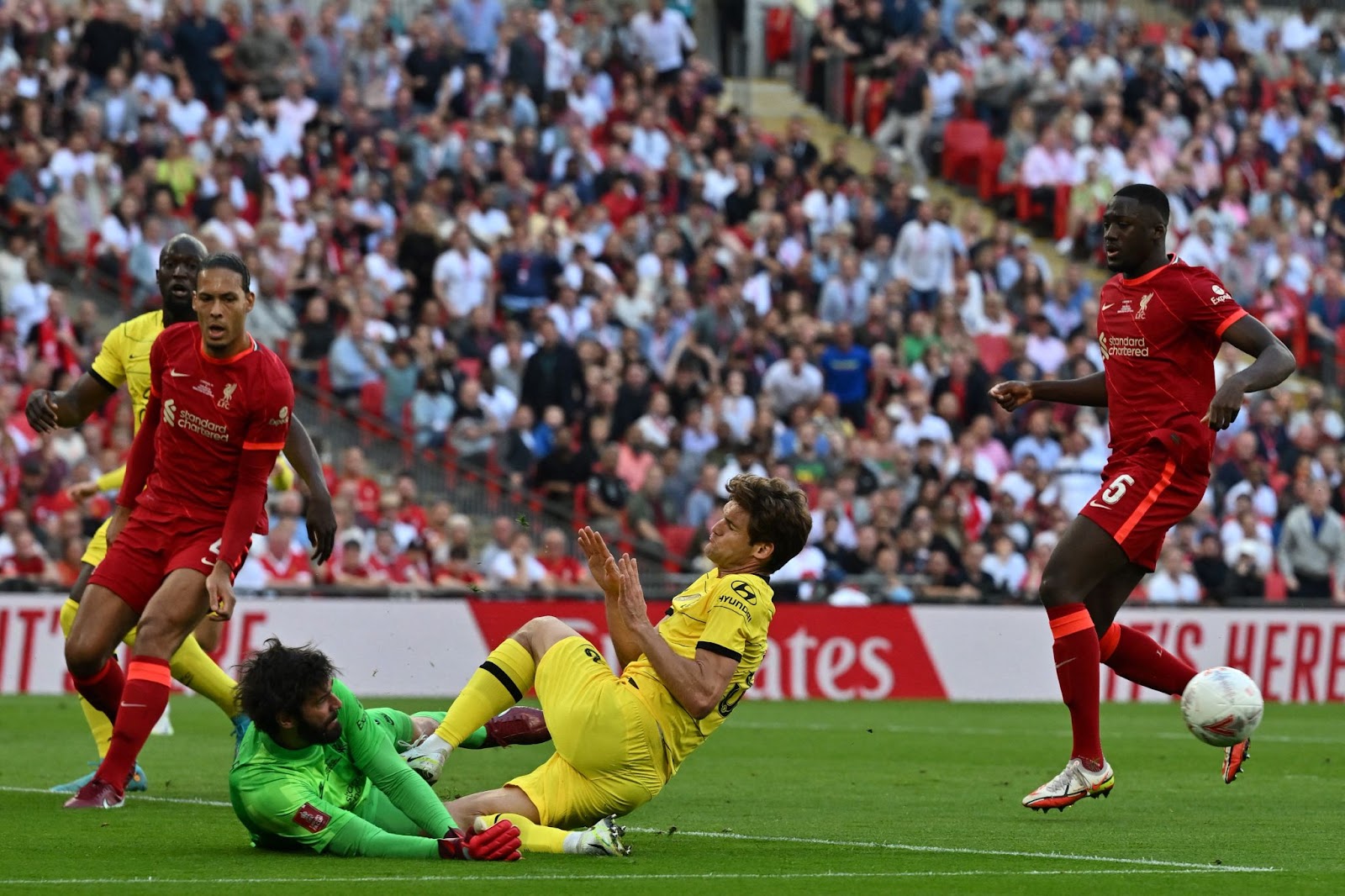 Chances continued to come for both sides. Andy Robertson should have done better when connecting on an Alexander-Arnold, while Pulisic could not steer a first-time shot on target from the edge of the box.

It was Diaz who looked the most likely to produce a piece of magic and the Colombian came very close with curling shots which only narrowly missed. After the second of those efforts, Diaz dropped to his knees and asked the heavens why the ball didn't sail into the net.

The final was Chelsea's 61st game of the season and 60th for Liverpool, which meant the extra-time period was more preservation to penalties than an intense search for a winner. Liverpool's strong and passionate support tried to will on their team, but both sets of players were exhausted with cramps aplenty.

The shootout was decided by the unlikeliest of heroes in Kostas Tsimikas. The Greek left-back stepped up to score the winning penalty after Alisson denied Mason Mount with an incredible save.

The quadruple dream remains alive for Liverpool, with the Champions League final against Real Madrid on May 28 and the title race still alive, while Chelsea will finish the season without a trophy. 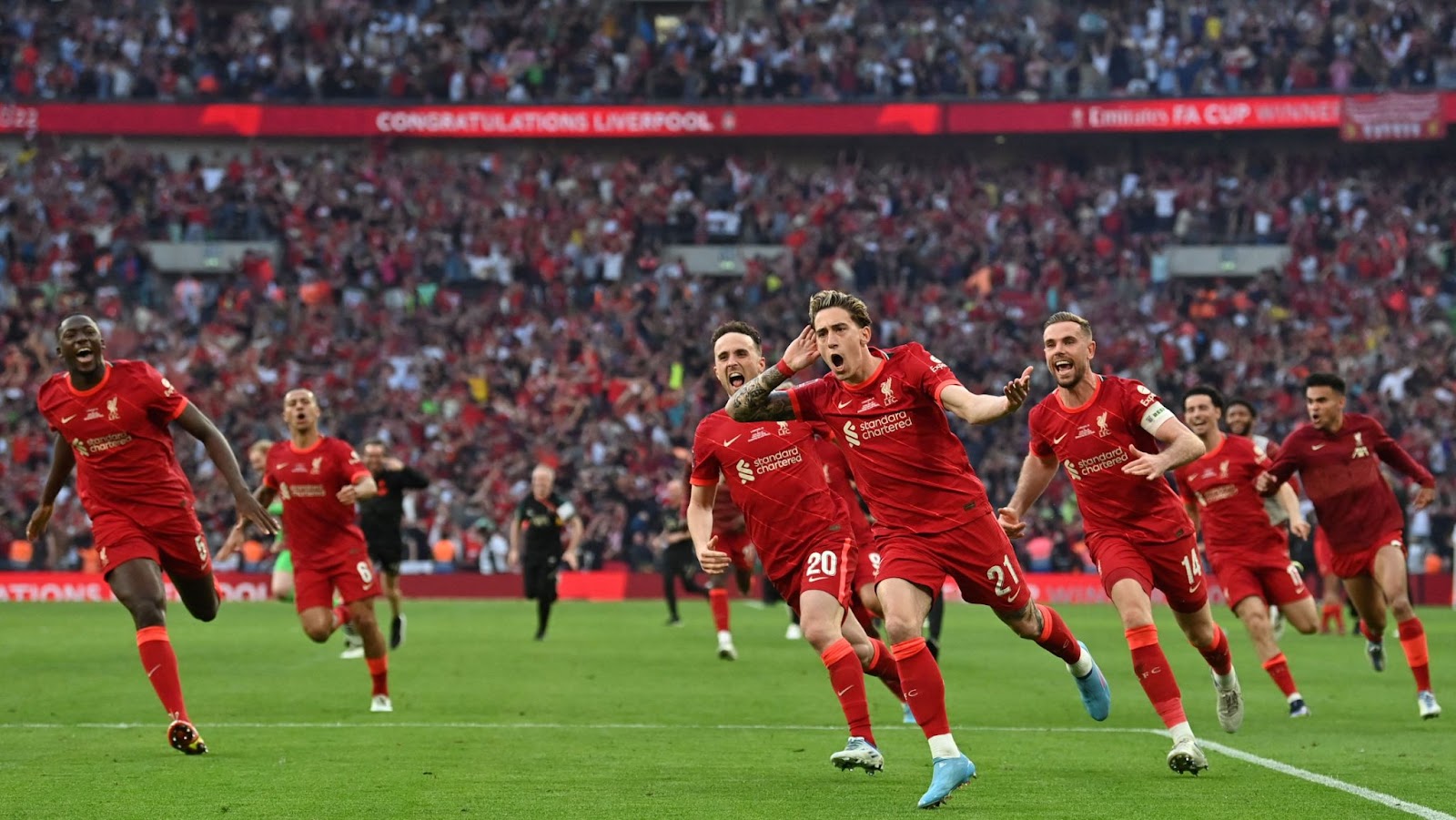