With Tribalfootball.com present, Pochettino, alongside Gus Poyet, Graham Hunter and Guillem Balague, was a guest pundit at the event which officially announced the launch of the new channel in the UK.

The Argentine, who managed Barcelona's rivals Espanyol for three years, said the job at the Nou Camp would also be a challenge for the new boss.

"Of course Barcelona is one of the greatest teams in the world," he said.

"With the new manager, everyone is expecting that he continues the same philosophy to (Ernesto) Valverde. He gave them a fantastic show. He's at the top of La Liga with Barcelona and, of course, that is a massive challenge for Quique Setien. He always showed unbelievable love for Johan Cryuff, for the style of Barcelona, so yes, I think it's a great opportunity for him to live his dream." 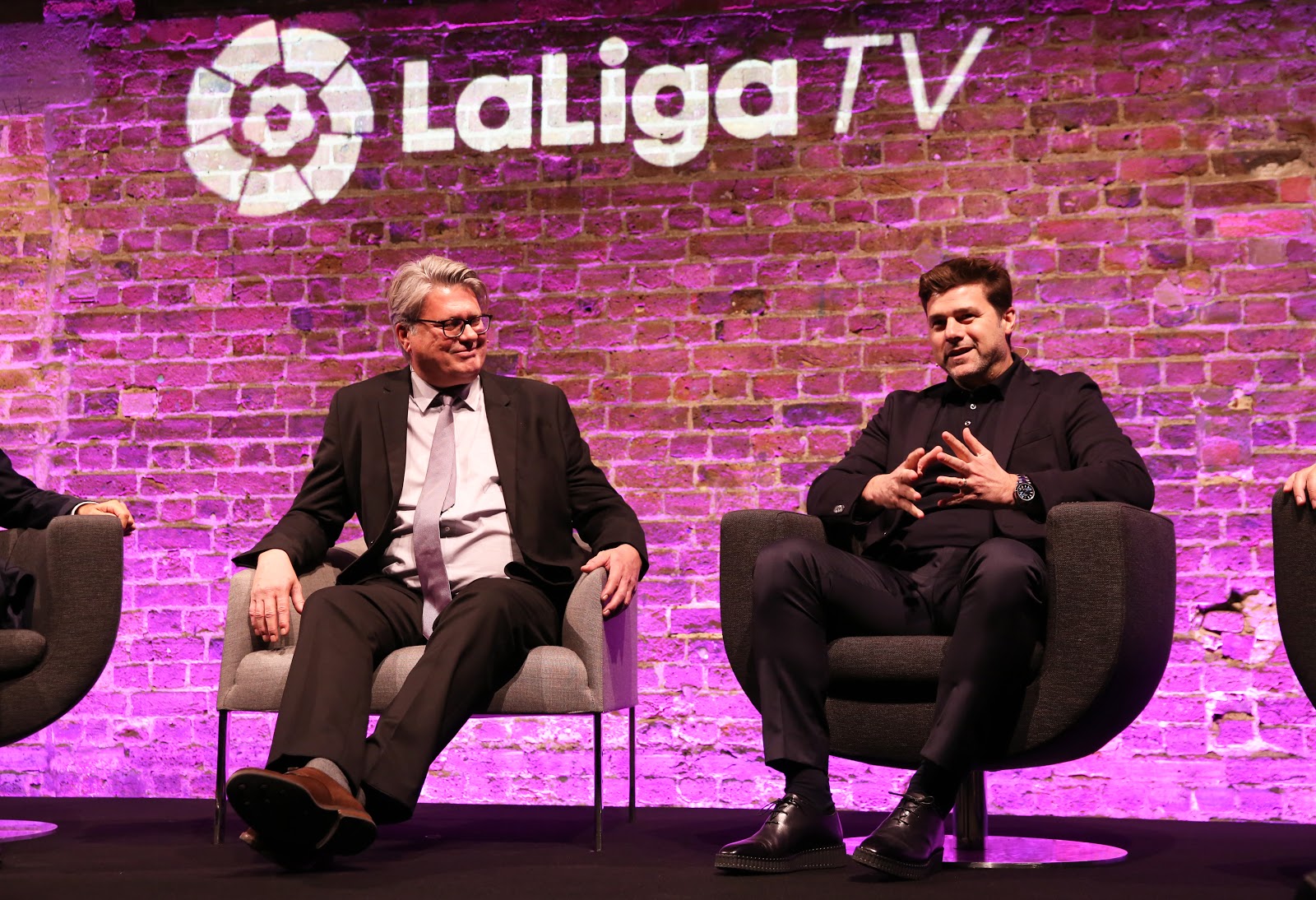 The former Southampton manager has been out of work since he was sacked by Spurs earlier this season and said he is taking time out before going into a new role.

"I am trying to watch a lot of football and spend time with my family," he said.

"I am Argentinian, but half Spanish and Catalan, so of course for me I was so lucky to start my career as a manager with Espanyol and then to come to the Premier League and learn English and have a different future."

When Pochettino first arrived in England he spoke to the media through an interpreter but was gradually able to improve his English during his time at Spurs.

"I am better person today, with more knowledge, and I am living a great experience," he said.

"But like I said before, the Premier League is the Premier League, but I think it's a great opportunity for all the people here in UK to be fans of La Liga. This is going to be amazing because football was born here in England, but I think La Liga has amazing football, with amazing coaches. It is a reference for players, for coaches. It is a reference for the football that in the last 20 year was showing around the world I think it is a fantastic opportunity for the fans. England and Spain are the two best leagues in the world."

The 47-year-old manager has said he will look for a return to coaching in the summer.