Lies & deceit: Why Super League was doomed to fail - though it's not over yet

COMMENT: Launched from a position of lies and deceit, this Super League was always doomed to fail. But for everyone involved, this isn't over. Not by a long chalk. The money involved. The history and tradition under threat. The stakes are simply too high to expect it all now goes away...

There's a lot of credit being grabbed today. Pundits. Media outlets. They're all trumpeting their part in this Super League's 'suspension' (more on that later). But this was a purely fans' driven victory. This wasn't about people behind microphones, keyboards and their social media accounts. It wasn't even about sponsors getting the wobbles. The powerbrokers could handle that lot. They always have. We had ownership sources claiming as much. Bold as brass, they were ready for the backlash. They could handle it - so they told themselves.

But none of them took into account the general fan in England taking to the streets. Going IRL, if you like. Showing their face. Making their voice heard. From Leeds to Liverpool and ultimately to Chelsea, it was the backlash of thousands upon thousands of fans. That great sea of humanity and the images it produced. That's what shook these owners. The supporter who will attend a midweek youth game. The regulars spotted at training. Showing their face. Being a presence. Generation after generation. It's the passion and loyalty the game has been built upon. And it was those built-in instincts which brought the public together this week.

Without those willing to protest at Elland Road and Stamford Bridge, nothing will have changed. The money involved was too great. Indeed, it is too great. Which is why, with this suspension, no-one can claim victory just yet.

"60 million pound. 60 million pound a game," that's what one high level source with a Premier League club past told this column about streaming rights. And that was six months ago. Those numbers bandied around at the beginning of the week. Talk of maybe a third more being generated by Super League in contrast to the Champions League. That was a conservative figure. On the absolute low end of the scale. This isn't about sponsors or TV rights. This is about streaming. And the clubs involved taking 100 per cent from those streaming fees. A heavyweight boxoffice fight, Ali v Fraser, Tyson v Holyfield, every week - multiplied by ten. That was the potential being sold to these owners. That's what they could see in the future - and still do. 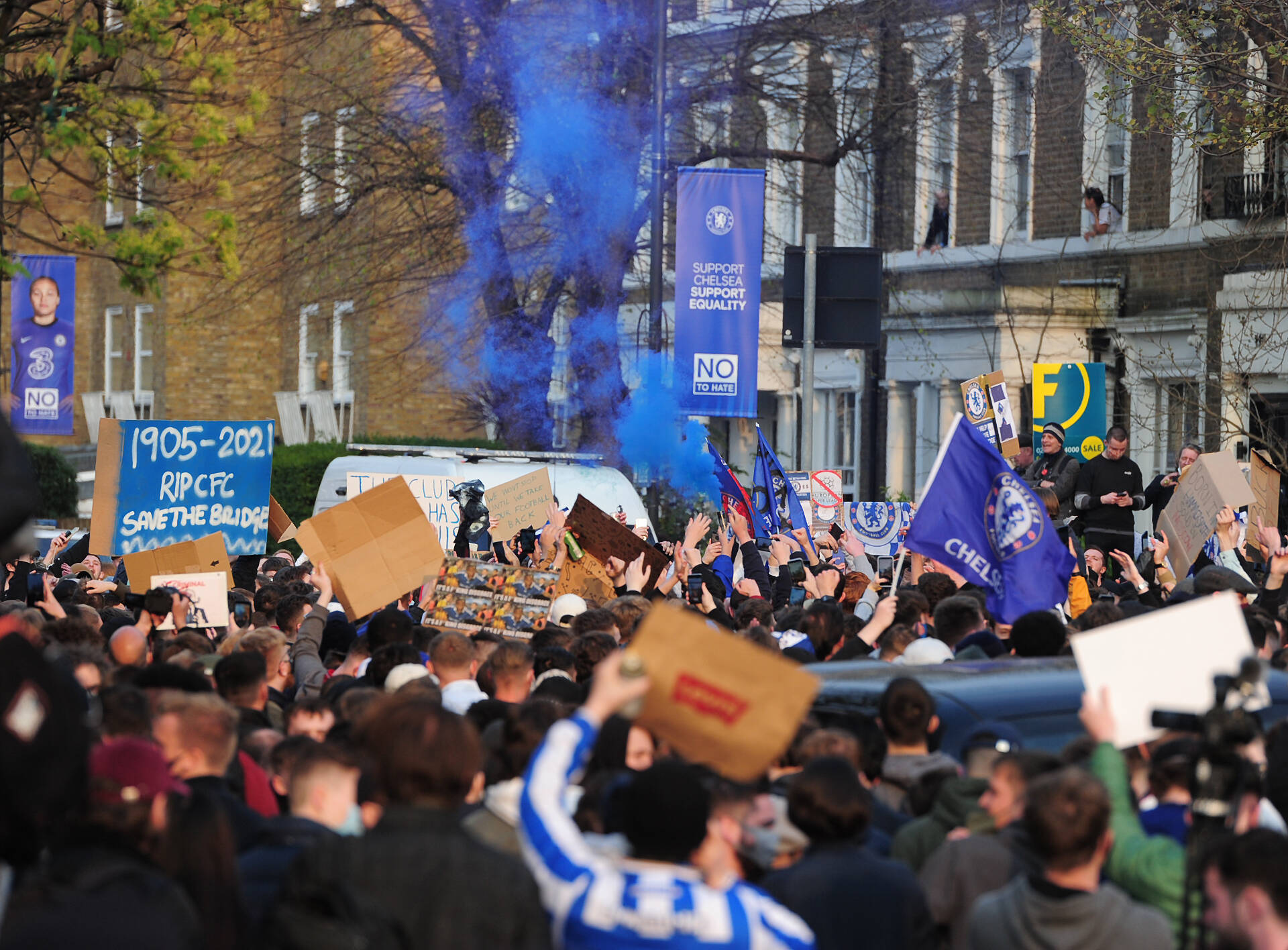 It's crazy money. Madness. But it's the potential of this global game and the earning ability of it's most popular clubs. And as mentioned, it's why these owners were so combative with those little quotes when the breakaway first happened. The repercussions, no matter how venomous, would be worth it given the pot of gold waiting on the other side.

Graeme Souness, the former Liverpool player and manager, had it spot on when discussing FSG's involvement. John W Henry could see the opportunity. Instantly the club would be on track to doubling it's value.

"You can bet certain Americans were looking at this, [thinking] we'll remain in this new league for two years, our assets will double in value and we'll get out and we'll move onto something else," said the Scot.

And for Liverpool's owners, you can say the same about the hedge fund managers of AC Milan, Elliott, and the ailing Chinese company Suning and their ownership of Inter Milan. The same Suning which, after 63 years of competition, simply dissolved their Chinese Premier League club this year, Jiangsu. This after being crowned last season's champions. The idea that such stakeholders are going to care about the plight of Catania or Chesterfield when it came to divvying out Super League revenue is ridiculous.

But the fans' intervention have stopped them - for now. Maybe it was pressure from people inside their respective clubs which forced a rethink. Perhaps they could see those streaming numbers falling dramatically in front of them as fans took to the streets. Whatever it was, it's a pause. And an opportunity.

The Premier League need to get their arms around this. This column knows there's been former directors, even chairmen, who have made soundings to the Premier League about streaming rights and their potential. The opportunity to sell games directly to a global audience. Do it at an affordable level for all. And cut out the pay-TV middle man using the Premier League to sell an overpriced, underused package.

Those 12 breakaway clubs have given the Premier League a path. They can't say they weren't told.

In the meantime, we're seeing resignations. Ed Woodward, Manchester United's vice-chairman exec, is the first. But he won't be alone. Inside the Premier League, they're already demanding the representatives of the Big Six quit. As Simon Parish, the Crystal Palace chairman, stated: "They have sat in committees and haven't come clean. They have been in a Zoom bubble plotting everyone's downfall and we do need contrition from them."

But this runs deeper than relationships between clubs. It's about what these clubs represent. Honour. Fair play. Merit. All the very best qualities in football. Indeed, within football clubs. It's why parents are happy for their kids to be obsessed with the game and their club.

But those qualities have been trashed this week. It's been about scheming. Lying. And for a football club serious about it's place in the community. For the ideals and traditions they emit. The positions of those involved are simply untenable.

Nothing good was ever going to come from something built on such lies and deception. That this breakaway collapsed so quickly is proof enough. But whether it's about money, or history and tradition, the fallout from this battle isn't going away anytime soon.