Newcastle United beat Everton deservedly last weekend. They were terrific, played on the front foot and won by two, but it could have been more. Callum Wilson was outstanding, the whole team was.

The difference was that Newcastle played very positively, with a high press and went in with an attacking mentality. A lot of times this season they've gone with the low block, looking to contain the opposition and hopefully hit them on the counter-attack. What impressed me against Everton is that Steve Bruce's side looked to take up the ascendancy and put the game to their opponents. And to be fair to them, the general performance against Crystal Palace on Tuesday was a lot more positive in the fact that the possession stats and attempts at goal were in their favour.

It looks like Newcastle will be safe, with the situation the bottom three are in, but they still need to focus on picking up points where they can. The standard before the Everton win was very poor and the results were showing that. Everyone has to take responsibility. The owner, the manager and his staff, and the players. Everybody has to be accountable for what is going on. Even though they've played well the last two games, one win in eleven games isn't great form.

I'm excited by the arrival of Joe Willock. He's a good young player, I've known about him and his brothers for a long time. He's scored a few goals in the Europa League for Arsenal.

I'm looking forward to seeing him in the team. He gives Newcastle something completely different.

Jonjo Shelvey got a goal against Palace, but an area we have been short in is goals from the midfield area and I'll be looking forward to seeing if Willock can fill that void and get us goals and assist from the middle of the park.

WHAT THE LONGSTAFF BROTHERS MUST DO

Every day in training they've got to prove to the manager that they should be the two who are picked. Matty was unfortunate to come out of the team, even though he was playing when they had the run of results which were going against them. But I think Matty was one of the positive performers, he gives you energy in the middle of the pitch and he is a composed passer of the ball. 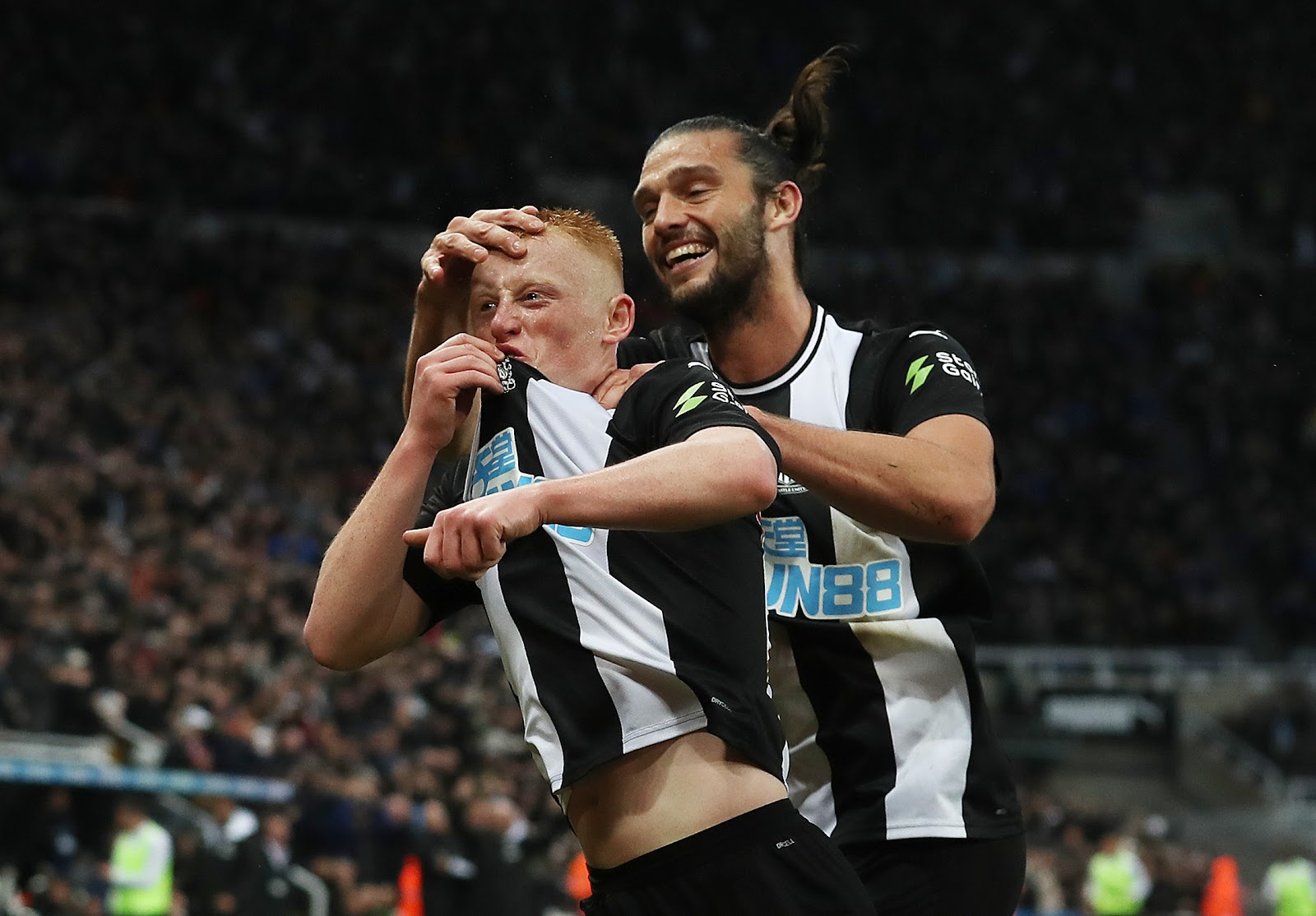 But you know, if the manager isn't picking them, then they have to force his hand, every day in training make sure they are the best midfield players on show and make it difficult for Steve Bruce to leave them out.

I've been on both sides of it. I've been a player in that position where you're trying to prove yourself. We had a really strong group of midfield players at the club when I was there and you had to convince the manager to put you in the team.

And I've also been the manager where you're on the other side of it and what you've got to do is make the manager feel uncomfortable, in terms of the fact that he is leaving you out and it leaves him a little bit embarrassed because you've performed great in training and when your getting your opportunities from the bench or the occasional start, you're the best player. That's how you have to look at it.

Any successful club has competition for places because if you don't have that then players become complacent. If your position is under threat then automatically you've got to give it everything you've got to keep your place in the team.

Fulham's performance levels have been decent in the last couple of months, but they haven't picked up enough wins.

There has got to be a bit of concern now because the games are starting to run out. And with Brighton beating Liverpool, it's going to be extremely difficult for Fulham to make up the difference.

Especially when they haven't gained a lot of points leading up to this stage of the season. Sheffield United are the form team out of that bottom three and have the momentum. When you're in this predicament it's points over performances.

One player that has impressed me is Ruben Loftus-Cheek. The Chelsea loanee is a talented player, but I believe he has to get more end product in his game. I think that is probably one of the reasons why Frank Lampard sent him out, to boost his goals and assists column. But he is a talented footballer, without a doubt.

Another player who has been a good signing for Fulham is Ademola Lookman. He's been very exciting and direct, always looking to go past players. I watched the Leicester game, and I know Brendan Rodgers has a very good squad of players, but it was concerning that Fulham were that far adrift. They've only won two games all season, and that's what they need now, draws won't cut it. 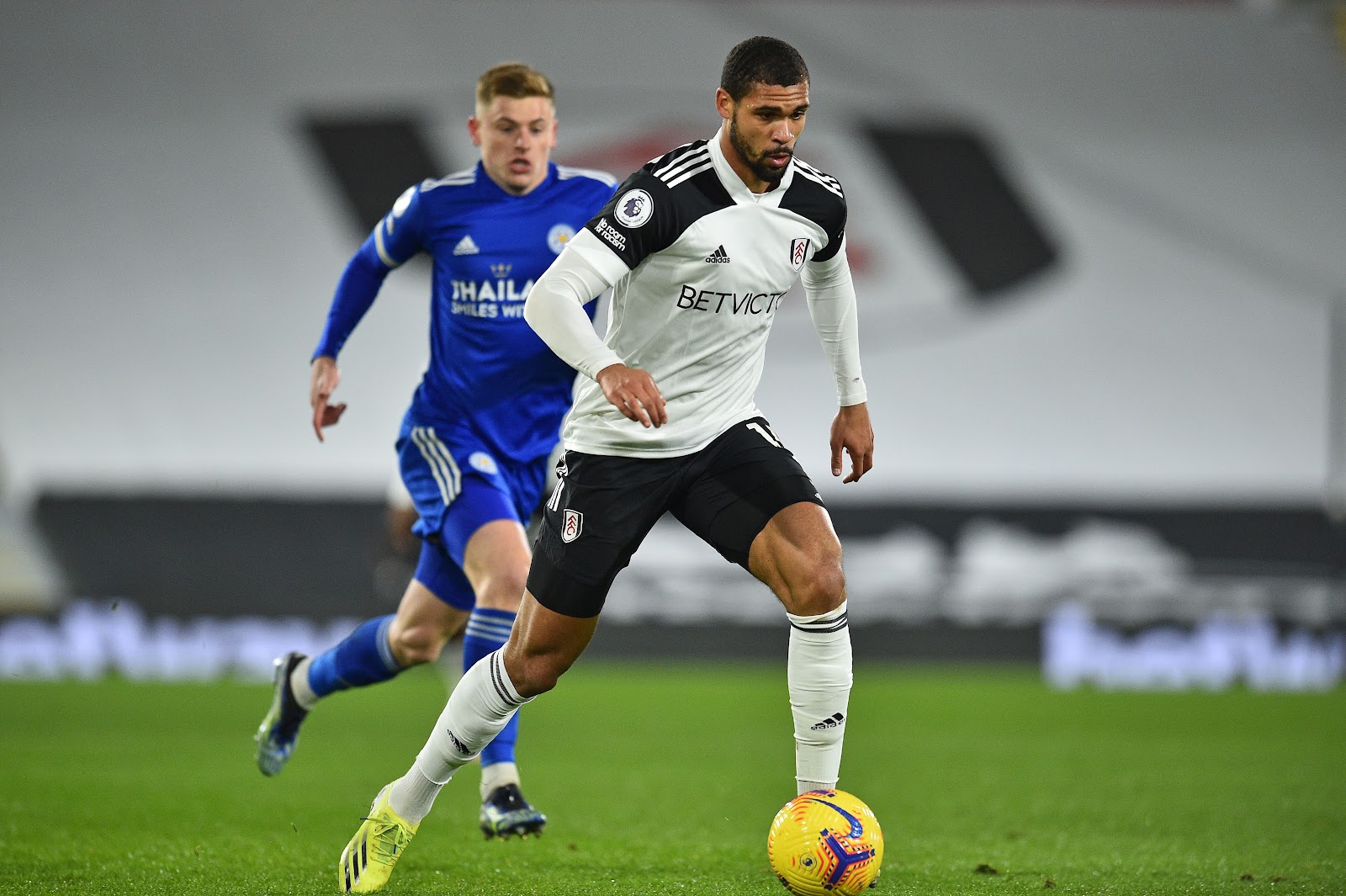 As a youngish British coach myself, I was very disappointed for Frank Lampard.

Frank did lots of good things for Chelsea; bringing five or six young players through, who can also become big players for their national teams, and getting the club into the Champions League.

Then when he's had the opportunity to buy some players, some have succeeded quicker than others. I've got no doubt that every single player that he bought will be successful in the end. Some are just taking longer to settle than others. And that is normal with signings, not all of them hit the ground running, it doesn't matter how experienced they are. For lots of those players, it's not just a new club but a new league as well, and the most competitive in the world for that matter.

I've got no doubt that Frank will be back in the game as quickly as he wants to be. It depends on what he sees as the right opportunity, where he sees his next opportunity. It could be with a Premier League club or an ambitious Championship club looking for promotion. He could even look abroad if that is how he feels.

Regardless, I've got no doubt that Frank will get another job. I thought he was outstanding with the work he did at Derby, especially with helping young players come through, and he continued that on with Chelsea. He seems to be a manager who has a lot of belief in young players. It shows a lot of courage to do that. It's easy to say I'm going to stick with the experienced players and not give the youngsters their chance but he's not worried about that. If he believes they're good enough, he'll give them a chance. So no doubt we'll see him back in the game and he'll be successful.

Can you compare Bruno Fernandes with Eric Cantona? Not at the moment.

Cantona was the catalyst for the successful Manchester United era that he played in. When I say catalyst I mean, the year that we should have won the league at Newcastle, when we were far ahead of United, it seemed Cantona was scoring and being inspirational at one end and Peter Schmeichel was keeping clean sheets and being inspirational at the other. 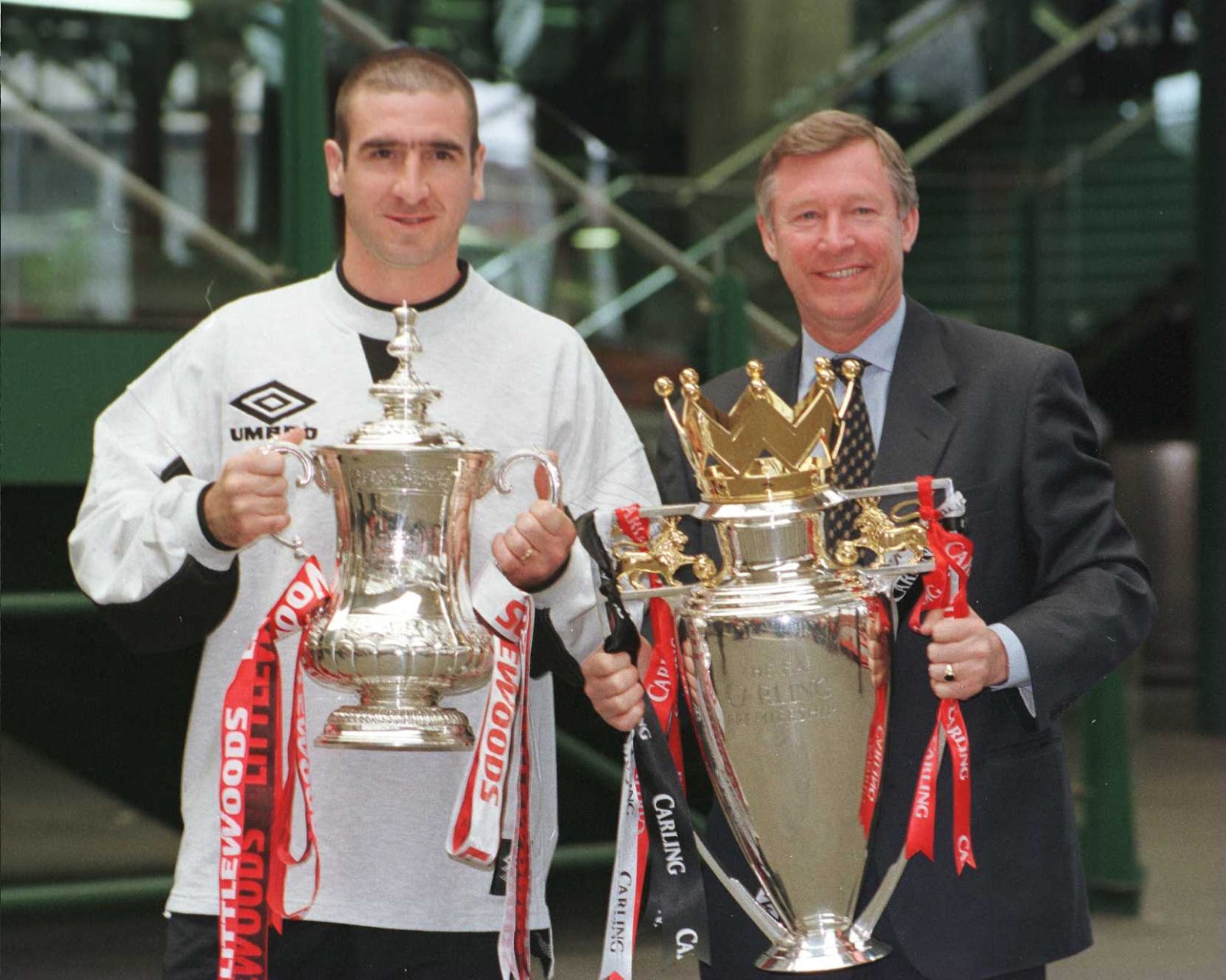 Cantona and Sir Alex Ferguson after winning the double in 1996

I understand where the comparisons come from, but there's been a few question marks about Fernandes when it comes to the real big games for Manchester United. Has he been as productive?

What you can say about Cantona is that he was the leader and the inspiration for a magnificent squad of players at United. He was a winner, he won titles, he won Cups. So until Fernandes has done that it is not right to compare him to Eric. But you understand the comparisons because of the impact he has had in such a short space of time.