Lampard vs Marsch: Why the Chelsea manager is right to feel insulted

COMMENT: Slighted. Insulted. Of course Frank Lampard is angry. But the great irony is, it was his accuser who was actually the one displaying archaic attitudes this week...

And with that chip on his shoulder protruding for all to see, Marsch roped Lampard into his claims.

"Even Frank Lampard, when I spoke to him in preseason a year ago now, I was talking to him about having Christian Pulisic and he was kind of like, 'Yeah, he's got a lot to learn so we'll see how he does'."

Oh, but don't worry, Marsch was there to set him straight.

"I said to him, 'Listen, he was at Dortmund, and they had a high level of tactical thinking, of playing, and he was very successful'.

"I could see right away that Frank Lampard's idea of Christian Pulisic was shaped a lot by the fact that he was American and not that his football education came a lot from what has happened in Germany."

Really? Well, that was news to Lampard. The Chelsea manager making it a point to set the record straight during Thursday's Premier League presser.

"I did read the comments and I was surprised that Jesse had managed to read my mind as well as he thought he did," Lampard began. "He's recounted the conversation wrong so I have to put it correct. It was a game against Salzburg in pre-season where Christian scored two goals and I spoke to Jesse after about what a talented player he was and how exciting it was to see how he could develop for us with the talent he has. That was the conversation and Jesse managed to put it across slightly differently."

Of course, only the two men involved would know the exact details of their chat last year. But for Lampard's background "I played in America for 18 months", for his experience of playing with and managing players from across all sections of society, the idea that he'll approach an individual from a place of bias, based on their passport just doesn't wash. Indeed, if anyone in this row is indulging in stereotyping, it's Marsch. 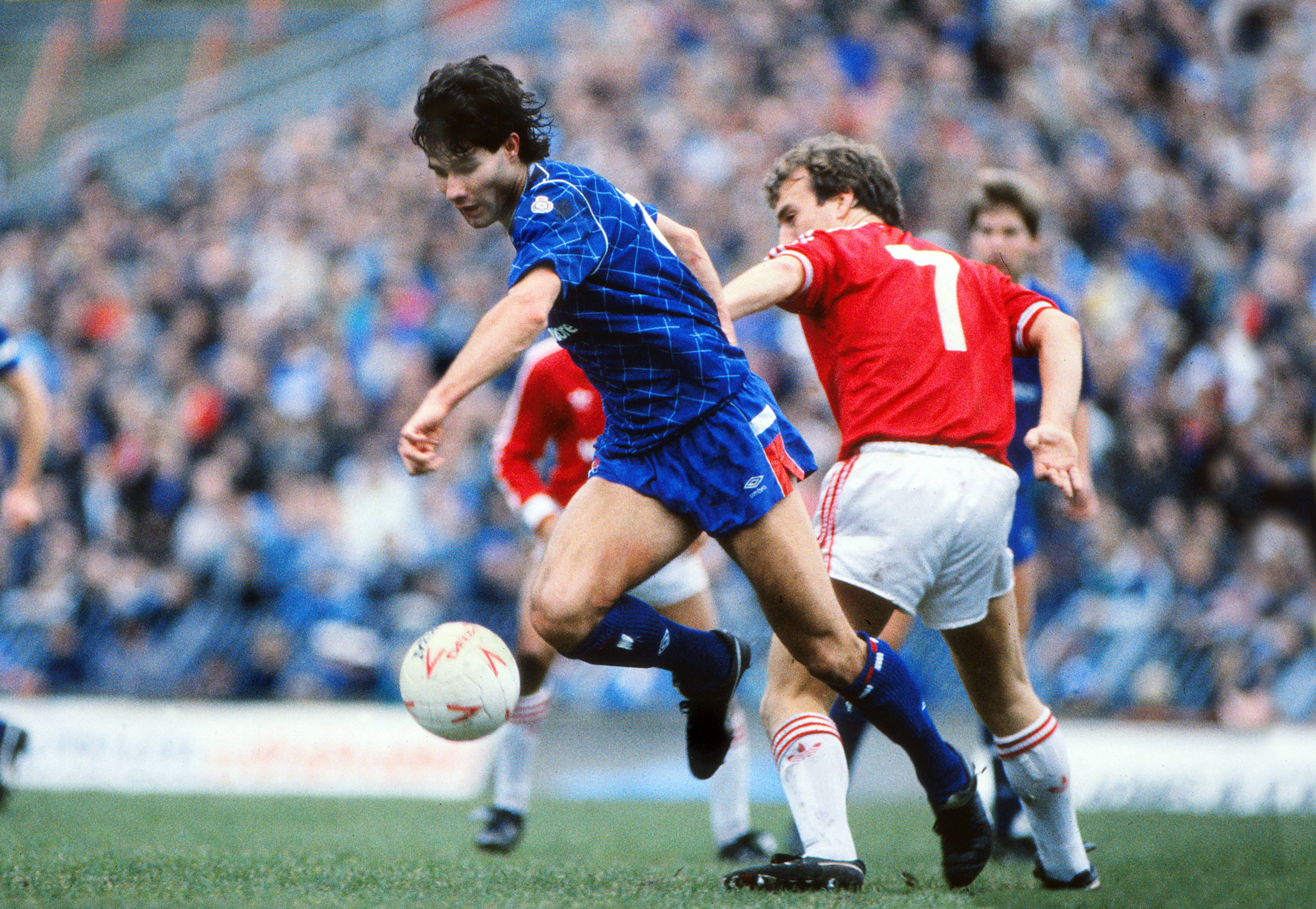 Roy Wegerle (L) in action for Chelsea against Charlton Athletic

It'd be an easy, lazy argument to claim Marsch was simply recounting what American players had experienced twenty years ago when trying to make it in English football. Yeah, of course there were some managers who didn't give a player a second look because of his US passport, but they were in the minority. English football has been a good home for American footballers. And British coaching has been to the benefit of the US player.

Before Pulisic at Chelsea, Roy Wegerle lit up Stamford Bridge in the old Blues Commodore shirt. Has there ever been a smoother player on the ball? Yeah, he was born and raised in South Africa, but he learned his soccer in the US college system and after rejection by Manchester United worked his way back into the English game at Chelsea - with Derek Smethurst a key influence.

That was almost 35 years ago. Since then, we've seen the likes of Clint Dempsey, Brian McBride and Joe-Max Moore all make major contributions. Embraced by the fans. Guided by the likes of David Moyes and Roy Hodgson. The platform offered by English football has given such players success beyond their wildest dreams. They're no elite talent. But with the support of the English game, all three managed to go way beyond early expectations.

And English clubs and their coaches have long tried to uncover the next US gem. Just as Wegerle was winding down his career in England, Sir Alex Ferguson was bringing Jovan Kirovski to Manchester United. A few years later, it'd be Jonathan Spector coming through the Carrington academy. And along the way, Ferguson famously handed Freddy Adu a two-week trial as a 16 year-old. It wasn't English football which failed the teenager who bossed a Brazil of Marcelo, Pato and Willian in the 2007 U20 World Cup...

Pulisic is playing the best football of his career. And he's doing it in England and under Lampard. Indeed, both he and his manager are breaking the mould. But not regarding US players. If Lampard did have doubts about his US signing, it's a decent guess it would've been based more on the fortunes of Shinji Kagawa, Henrikh Mkhitaryan and Ousmane Dembele coming out of the Borussia Dortmund system, than Pulisic's passport. But under Lampard, the American has surpassed the aforementioned trio. All former BVB players. All attacking midfielders. And all of whom have never quite reached the potential they showed in the black-and-yellow shirt.

Pulisic is succeeding where they've failed. And in no small way it's down to the approach of his manager. Just as David Moyes and Roy Hodgson before him, Lampard is helping this US talent reach his potential.

As big a natural talent as the Wegerle of Luton Town and QPR? Well, that's a debate for another day. But like Roy, the football fortunes of Pulisic won't be due to any anti-American bias inside the English game.

Is it any wonder Lampard wanted to set his accuser straight on Thursday?