Lampard & 'essential nothingness': Why Everton doomed for relegation with another celeb appointment

Everton are facing a fight for their lives. They were not supposed to be outside the bottom three on goal difference alone as we approach the run-in. They were not supposed to have lost five of the first six Premier League games under Frank Lampard. And they were certainly not expecting a home game against Newcastle United to take on so much significance, or for the visitors to be nine points above them in the table.

Granted, Newcastle were able to spend £90 million in the January transfer window but any cries of unfairness from Goodison Park ring hollow. Over the last five years they have spent close to £500 million on new players, and although around £260 million was recouped on sales that still represents a colossal waste.

This is a mess entirely of their own making, owed to five years of diabolical ownership from Farhad Moshiri that has driven Everton into the ground via a policy lacking in any football intelligence whatsoever. The strategy appears to be to act like a big club in the hope of becoming one; to snatch at shiny things dangled in front of them and build a squad of famous players with a famous manager. 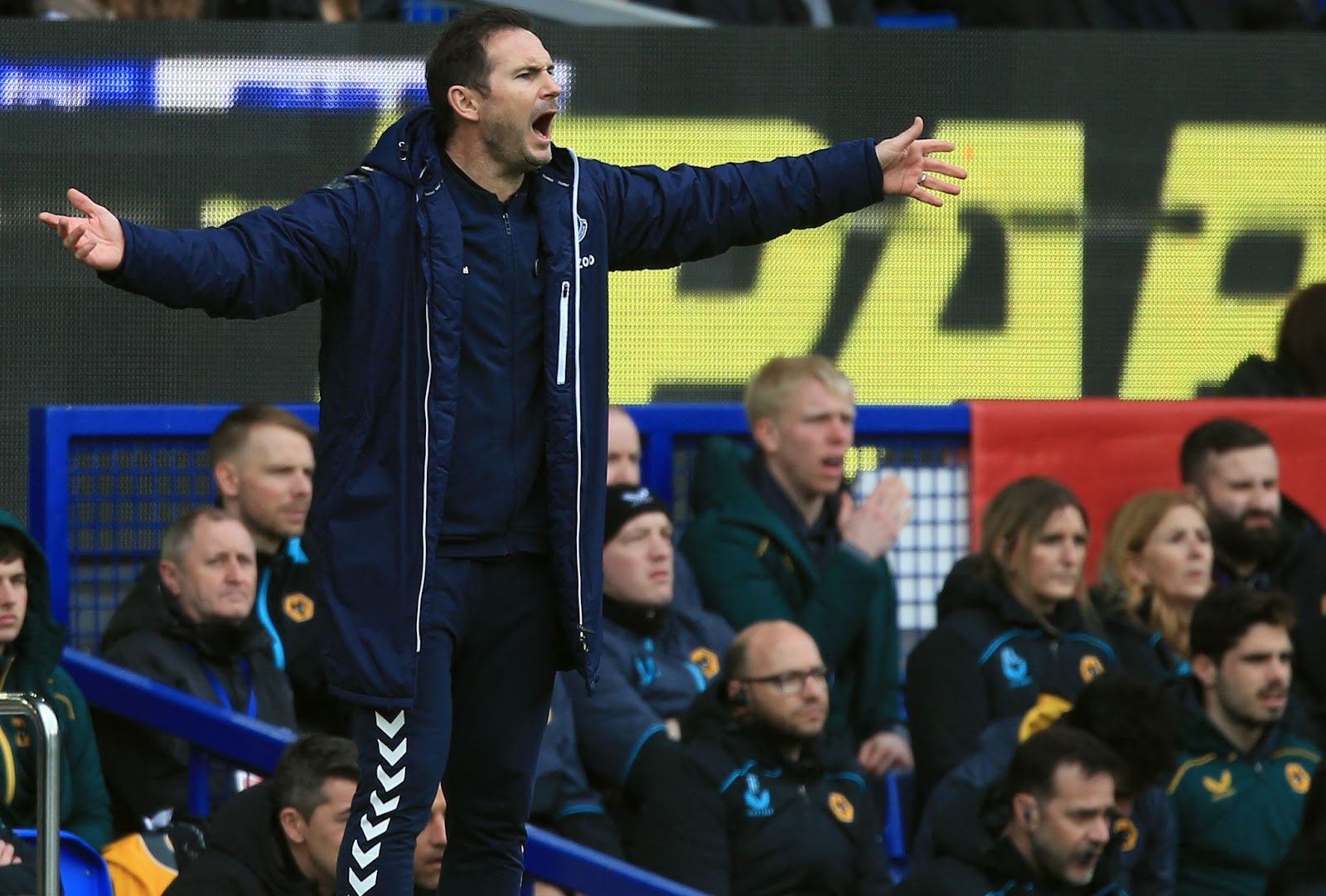 Everton manager Lampard during the recent home loss to Wolves

The transfer committee has been catastrophic, betraying a serious lack of expertise as past-it celebrities are signed for extortionate fees, and Everton's approach to hiring managers has been no different. All that seemed to matter was that the man in charge was a name. Forget continuity or a wider tactical vision at the club – hence why Everton have such a lopsided squad that features players suited to anyone from Sam Allardyce to Marco Silva to Rafael Benitez.

But the latest lurch in direction could be the worst yet; could be fatal. In Frank Lampard they have found the perfect emblem for this empty methodology, hiring an exciting celebrity whose short history in management shows the lack of detail, the essential nothingness, in keeping with Moshiri's vision of the game.

That, apparently, was good enough to land another big job. It is a sign of the easy privilege people like Lampard enjoy in this life, because while he no doubt had to work hard for his glittering playing career there is a distinct sense of Lampard being born with a silver spoon in his mouth; nurtured by his uncle Harry Redknapp as a teenager before gliding frictionlessly to the top of the game at Chelsea. 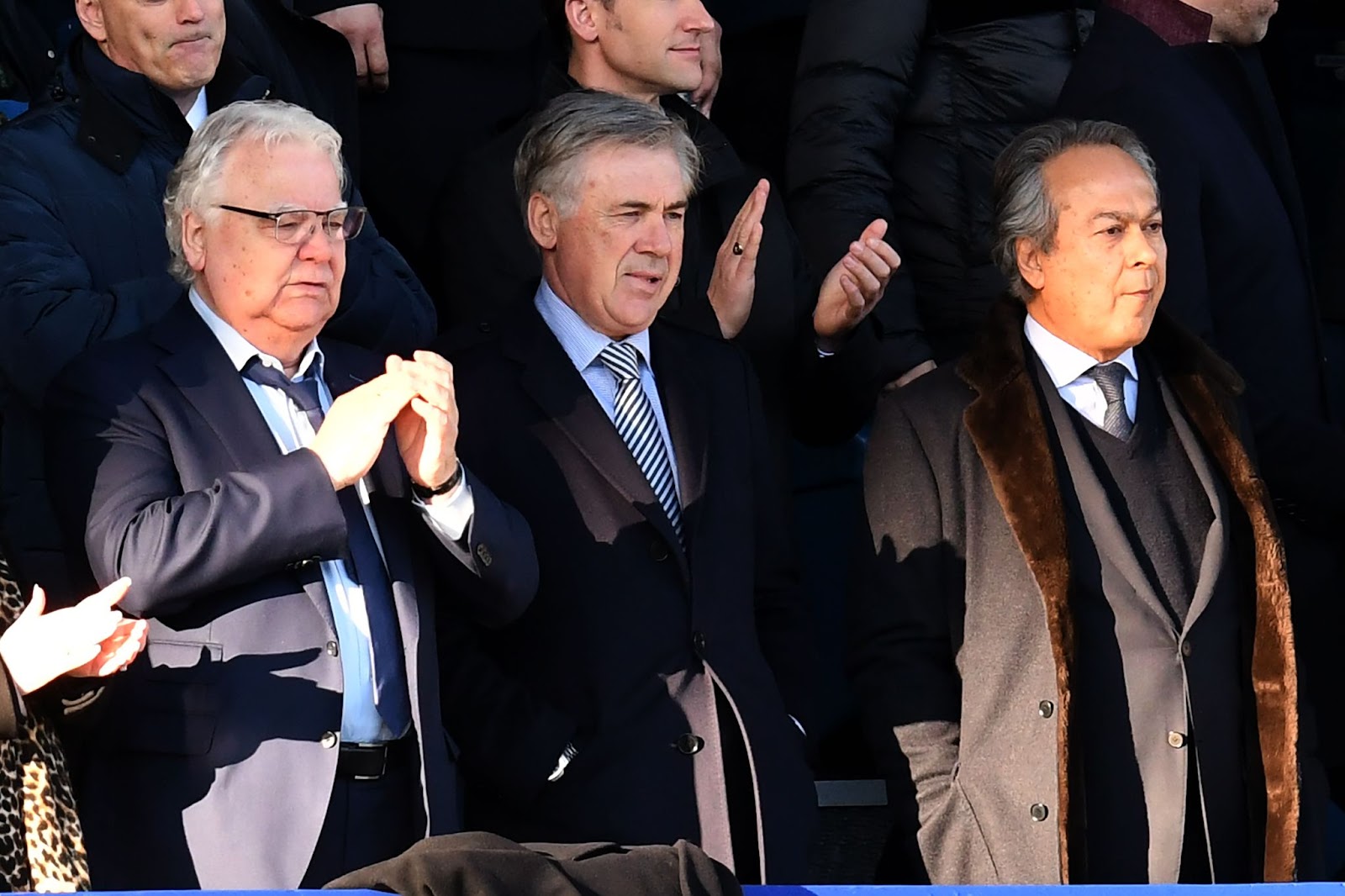 To be a manager requires a tremendous level of work and humility, the likes of which Lampard has never had to experience before in his charmed professional life. This might explain why his tactical ideology is so vague, why his Everton team already look just like his Chelsea team did: directionless and far too easy to beat.

Lampard's lack of detail in training means Everton play with loose ideas. They are seemingly constantly decompressed between the lines, failing to work with enough specificity on positions; they are passive through midfield because the manager's desire for hard pressing is an empty gesture, leading to pressures applied in haphazard ones and twos; and they are easily counter-attacked, their high line not matched with enough defensive coaching to deploy this with consistency.

Essentially Lampard appears to tell his players to attack expansively and press high up the pitch but without the actual coaching to do so. It is hardly surprising for a man who landed his first managerial role within 12 months of retiring and has spent very little time learning his craft. Again, it is also in keeping with the Everton way; play-acting at building a club, complete with marquee signings like Dele Alli and Donny van der Beek – big names nobody else wanted. 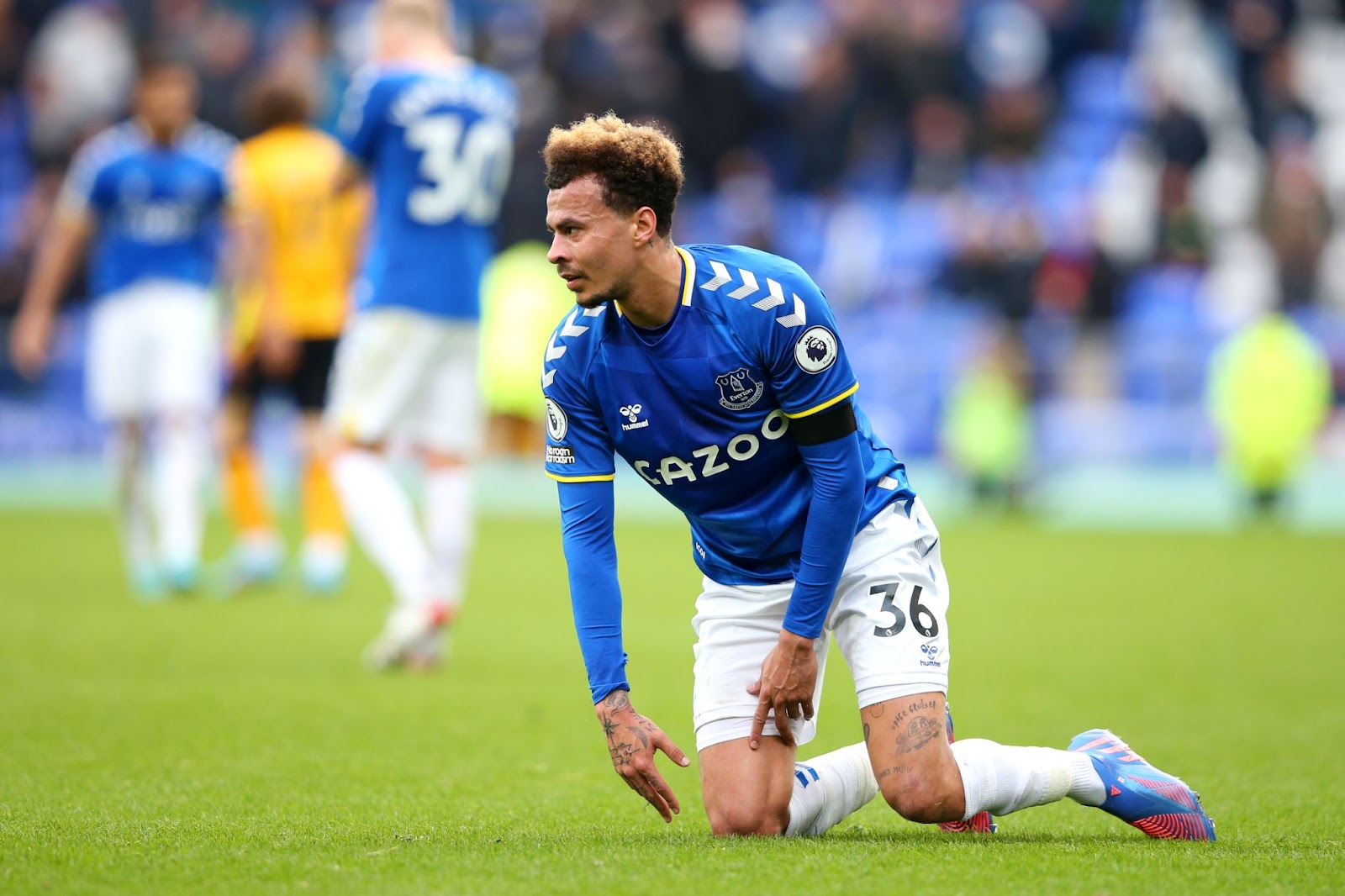 Although the main issues won't be solved by formation or personnel changes, this is at least the place to start. Lampard has already deployed three distinct formations – 4-4-2, 4-3-3, and 3-4-3 – across his first eight games in all competitions, switching from one to the next whenever Everton lose. Trial and error is no way to formulate a plan, and considering this is essentially 11 players thrown onto a pitch, the least they need is some consistency to start finding their own patterns of play.

It should be obvious by now that Lampard needs to start three central midfielders, because this is his weakest area of the field and opponents are consistently overwhelming them with bodies in the middle. Instead, Lampard persists with a two and Everton are carved open, arguably most devastatingly in their 3-1 defeat to Newcastle at St James Park. Thursday's reverse fixture, then, will be a good indicator of how much Lampard learnt that day.

Everton fans should not hold their breath. The return of Dominic Calvert-Lewin has changed nothing. Any hope of a new manager bounce is long out the window. In fact, all that has changed from the meandering and error-prone days of the Benitez era is that Everton sit higher and wider, exacerbating pre-existing flaws.

There is still time for Lampard to prove us wrong. Changing his coaching staff for the Everton job is a good sign, and it was always going to be hard turning things around mid-season; the club's crisis long pre-dates Lampard. Nevertheless all the signs point to Everton losing their Premier League status for the first time.