COMMENT: The People's manager for the People's club. Change? Contrast? It's all happening at Everton. Frank Lampard isn't Rafa Benitez. But it also must be said, this Everton isn't the one Benitez took charge of some six months ago...

For one, the place is united. At least, they're united behind the new man in the dugout. It may still take some time for that unity to stretch to the board. But unlike the way Farhad Moshiri foisted a former Liverpool manager upon the Blues, this time Everton's majority shareholder did a complete 180 - and basically allowed himself to be led by fans' opinion.

Of course, the great victim in all this was Vitor Pereira, who really had done nothing wrong. Twice league winner with Porto, a league champion also in Greece and China, Pereira didn't deserve any of this. The Portuguese appeared truly stunned by the backlash of his candidacy. His great crime being represented by Kia Joorabchian - and in doing so being viewed as too close to Moshiri.

But again, Pereira is no villain and he didn't deserve to be the centre of this great blow-up between supporters and decision makers. With Lampard in place. With the signings now through the door. With everything now calmer. It would be a nice touch for the Everton Supporters' Trust to release a note acknowledging Pereira was an innocent victim of the absolute bedlam that ran through Gladwys Street last week.

But beyond all that, Everton now have their manager. And Lampard his club. The Chelsea great has landed on his feet - again. But unlike with Derby County, where uncle Harry was able to get the ball rolling with a call into then chairman Mel Morris, this time Lampard did all the running himself. This was the job for him. It was the club for him. After his dismissal by Chelsea a year ago, Lampard had kept his powder dry. He'd let it be known that management was his career choice. That a move into the media wasn't for him. But he wasn't sending his cv to here, there and everywhere. Norwich City. Sheffield United... he even had to distance himself from some jobs as speculation over his next step grew.

But Everton was different. He chased this one. He really wanted it. Despite the problems. Despite the bad press. Lampard did everything he could to convince Moshiri he was the right man for the job. 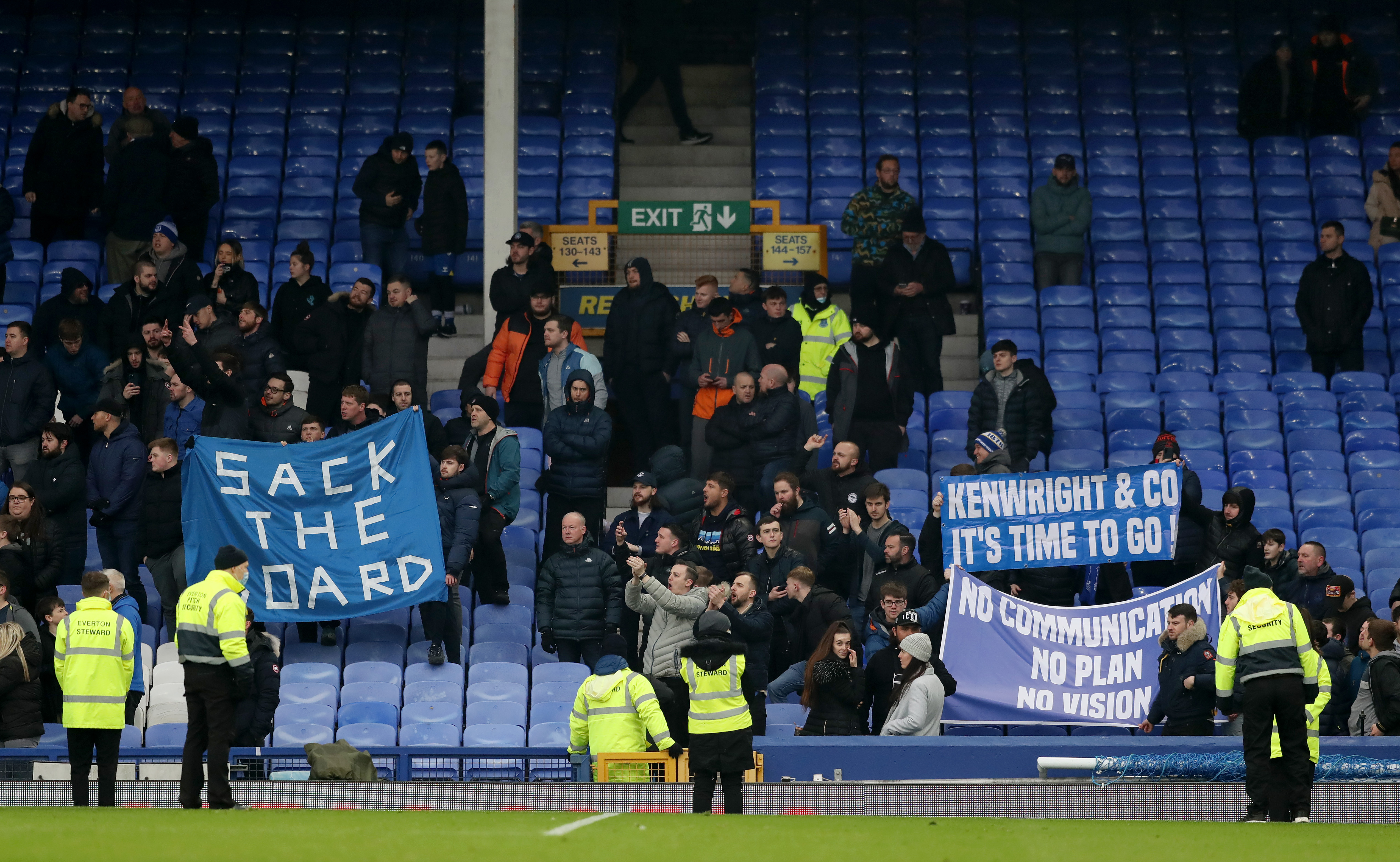 Everton fans protest board after defeat to Aston Villa

As we've said in past columns, for managers who like a project, you can't get a club more attractive than Everton FC. Good academy. Large, passionate supporter base. And with an ambitious owner with deep, deep pockets. Get it right and this club could be anything. The problem is, not much has actually gone right during these years of the Moshiri era.

For this column, the criticism aimed at Moshiri in recent weeks has been unfair. Yes, the club is failing to fulfill it's potential - but regarding the owner, it's not been from a want of trying. Yes, mistakes have been made with his hiring. But again, Moshiri has created the opportunities for these errors to actually occur. It's ridiculous to lambast an owner who has ploughed so much of his own fortune into the club. He's trying. Moshiri isn't Mike Ashley. Nor Stan Kroenke. Only Financial Fair Play (FFP) has held him back. And after the fresh £100m investment he just made, Everton fans should be happy that Moshiri is going to continue trying.

As he did during Monday's deadline day. A canny deal for Dele Alli was negotiated with Daniel Levy, the Tottenham chairman. Donny van de Beek, at second attempt, was finally released by Manchester United on-loan.

On paper. On potential. That's two additions to lift the quality through Everton's XI. But there'll be stumbles. Alli and Van de Beek will need to time to get match fit. The first game or so will be played on adrenaline, but both midfielders will need patience from the Blues support if they're to get themselves back to the players Lampard and co believe they can be.

But in terms of potential, we're talking about two world-beaters. Two players Lampard will revel in the challenge of reviving. And two players that Benitez would love to have worked with, but was denied.

But this was no sudden gear shift from Moshiri. As mentioned, it was only FFP that held him back over the summer. Those limits remained in place over January, but they still managed to bring in two young fullbacks in Vitali Mykolenko and Nathan Patterson, along with the enigmatic Anwar El Ghazi before Monday's deadline day double.

Moshiri, as we say, is trying. But he's also listening. Lampard was his choice. However, it was also a choice made with the fans' input. The People's manager for the People's club. A club that looks very different to the one that Rafa Benitez took charge of six months ago.