We at Tribal Football are analysing the top transfers across Europe's four major leagues. We started last week by breaking down the top five in the Premier League this season, and we continue this week with La Liga.

Honourable mentions must go to Kieran Trippier and Martin Odegaard. After a poor year with Tottenham, Trippier revived his career with a surprise move to Atletico Madrid. He effectively replaced Juanfran, offering overlapping runs down the right flank and good crossing. As for Odegaard, he joined Real Sociedad on loan and demonstrated why Real Madrid might want to give him a chance next term.

Without further ado, here are our tactical breakdowns of the top five La Liga transfers this season.

Atletico Madrid underwent great defensive change last summer. Essentially an entire back line's worth of players left, including the experienced Diego Godin, Juanfran and Filipe Luis, as well as Lucas Hernandez, who signed for Bayern Munich.

Diego Simeone's side have always relied on their defensive organisation, so clearly they needed to recruit well to ensure this continued. This they did, not only with Trippier's arrival from Tottenham, but with the signature of Felipe from Porto.

The 31-year-old settled quickly into Simeone's back four, establishing himself as the team's first-choice centre-back and proving a solid successor to Godin. An aggressive marker with real aerial strength, he corralled the back four and was key to Atletico achieving the second-best defensive record in La Liga as they conceded just 21 goals in 27 games.

After a spell with Eibar last season, Cucurella left Barcelona for another loan in 2019/20, this time with Getafe. There he thrived as a left winger in Jose Bordalas' 4-4-2 system, impressing both defensively and offensively.

Bordalas is renowned for his focus on organised defending and aggressive pressing – indeed no La Liga side had a lower PPDA (passes per defensive action in the opposition half, per Understat), than Getafe's 7.12. Cucurella fitted right into the system, working hard and applying pressure to force turnovers from opponents.

The 21-year-old also showcased quality in attacking transition, whether dribbling at an opponent or driving infield into space. His loan period with Getafe went so well that, in March, they secured his signing on a permanent basis.

Not so long ago, Fekir was linked with a move to Liverpool, so it was a slight surprise that he ended up at Real Betis last summer. The Frenchman had been outstanding for Lyon in Ligue 1 and many assumed a move to a 'top' club in England or Spain was on the cards before Betis ultimately captured him for a fee of around £18 million.

The 26-year-old can both create and score goals, and he was directly involved in 10 goals in his debut La Liga campaign, scoring seven and assisting three. Playing in a number of different attacking positions, he frequently drifted in from the right or came short in the middle to get on the ball and make things happen. 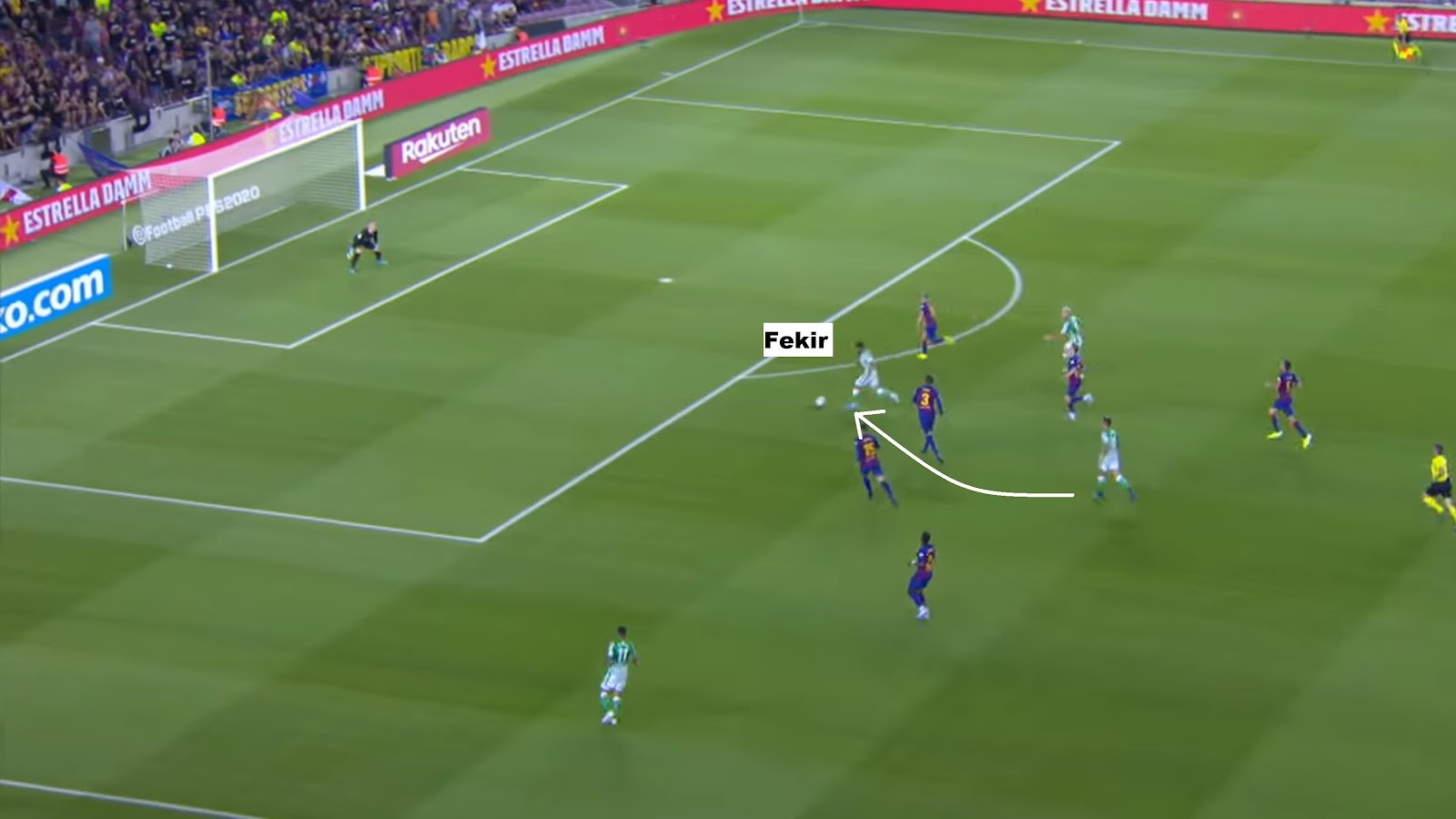 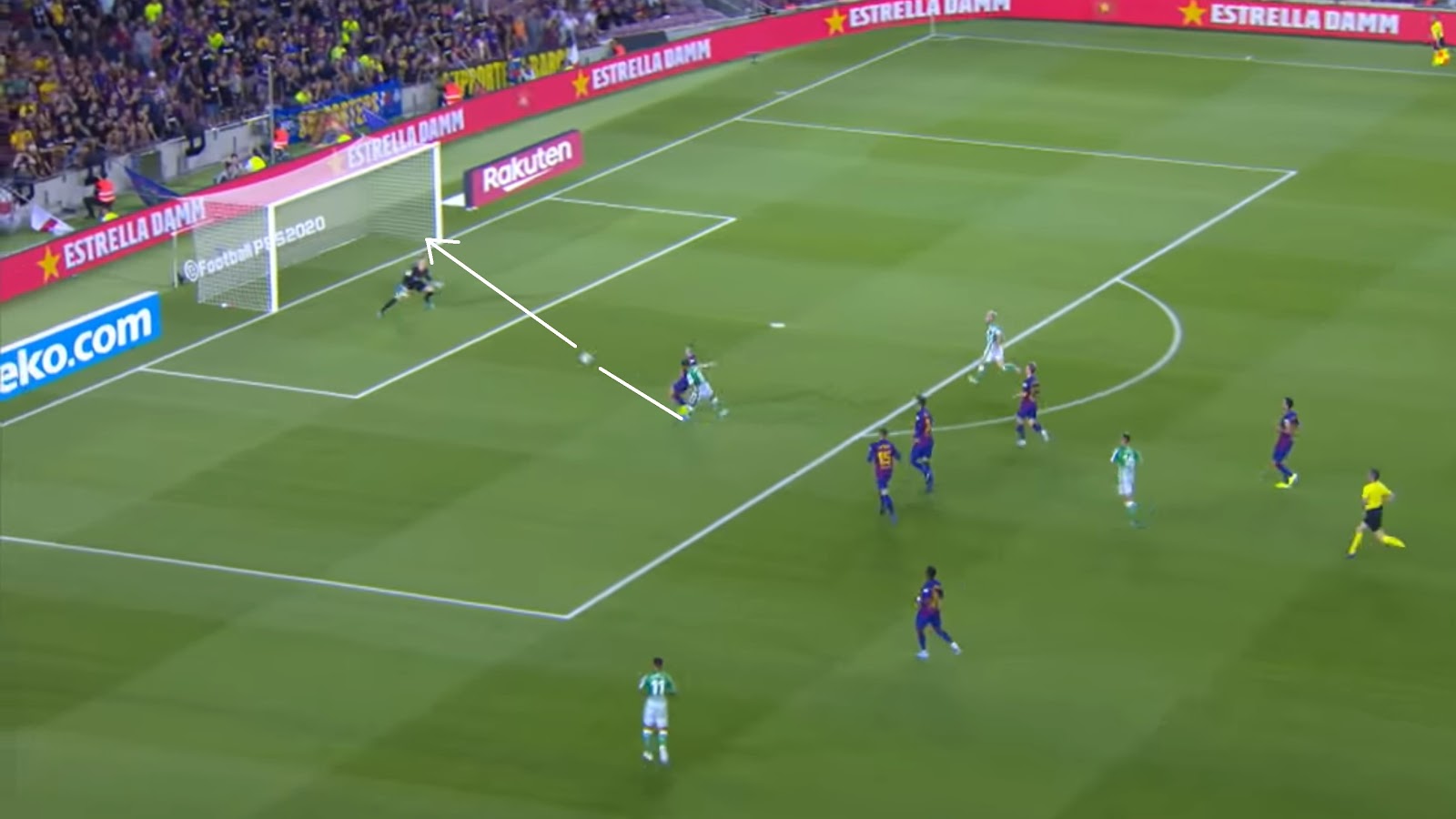 Betis could rely on Fekir to do something with the ball at feet. Not only was he a threat in the final third with his driven left-footed shots (one of which, as seen above, led to a goal against Barcelona), but he could single-handedly open up a game with a bit of skill. He consistently showed the strength and control to get out of tight situations or to draw fouls – Lionel Messi was the only player that averaged more dribbles, while nobody in Spain's top flight was fouled more per game than Fekir.

After impressing with Marseille, Ocampos made the move to Sevilla last year in a £13.5 million deal. But, having previously struggled to make an impact in Italy's Serie A with Genoa and AC Milan, the jury was out on whether he would do the business at Spain's top level.

After one season, that question has now been comprehensively answered. With 10 goals to his name from 22 league outings, he has found the net on a remarkably consistent basis for a winger. Playing wide right in a 4-3-3, he has rattled La Liga defenders with his speed, directness and desire to take opponents on. In 1v1 situations, he looks to get past his man and enter the box, whip a cross in, or get a shot off.

Ocampos has scored over a quarter of Sevilla's league goals this term, and he also averages more dribbles than any of his teammates. In a possession-based team, he has provided vital cutting edge in the final third.

Avila has come a long way since the days when, as a youth team player with Tiro Federal, he would ride a horse into training so his Mother could use his bus fare to help feed him and his seven siblings. After an impressive season on loan at Huesca in 2018/19, he moved to Spain permanently when Osasuna paid around £2.5 million to sign him from San Lorenzo. He has since established himself as one of the biggest bargains in European football this term.

In Osasuna's 4-4-2 system, Avila has often been the man leading the frontline. Defensively he is involved in pressing, as seen below where he pressures a defender before latching onto the loose ball to score. Offensively he offers a threat in behind with his pace, and an ability to make something out of nothing off of direct play in transitions. 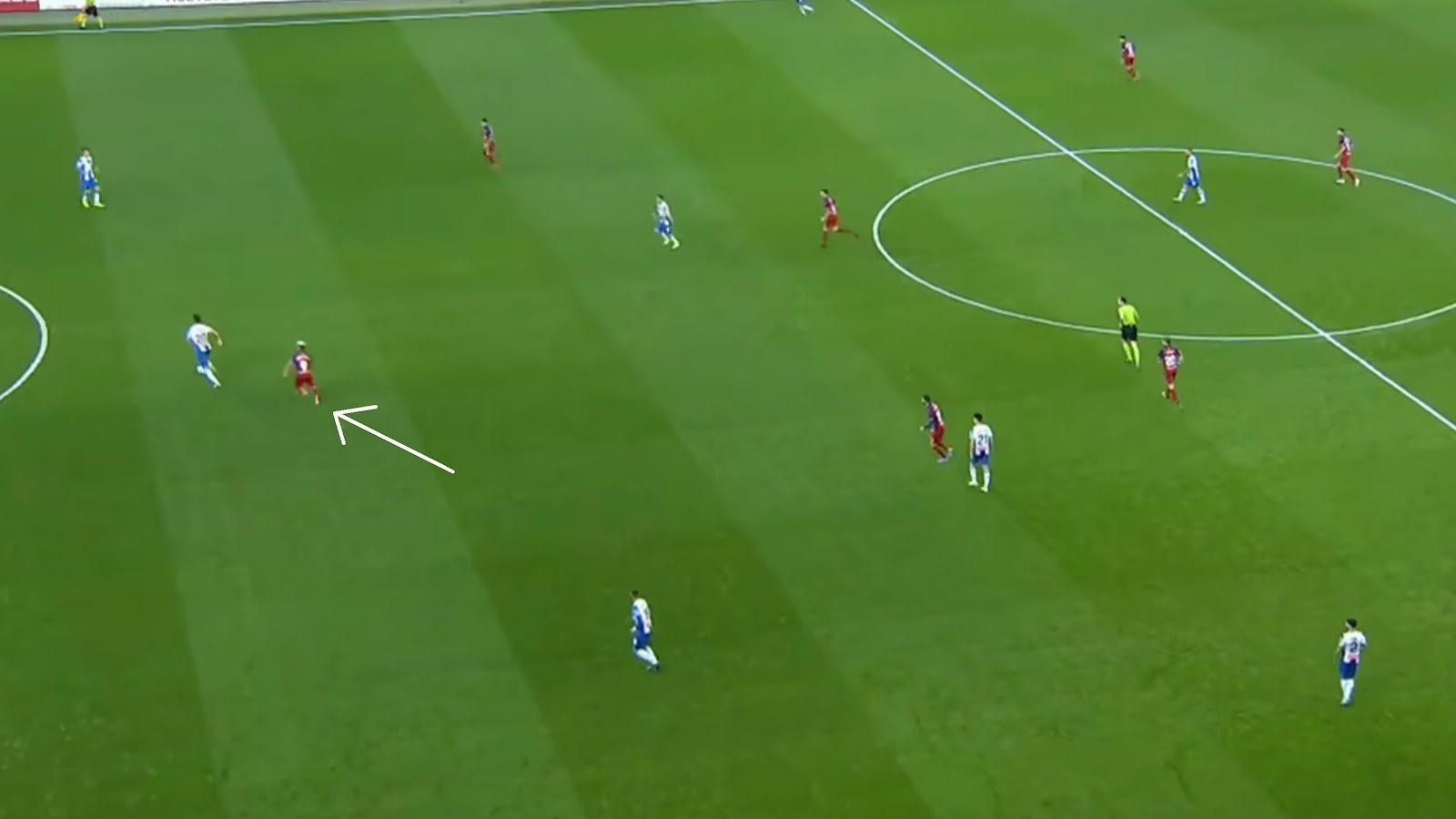 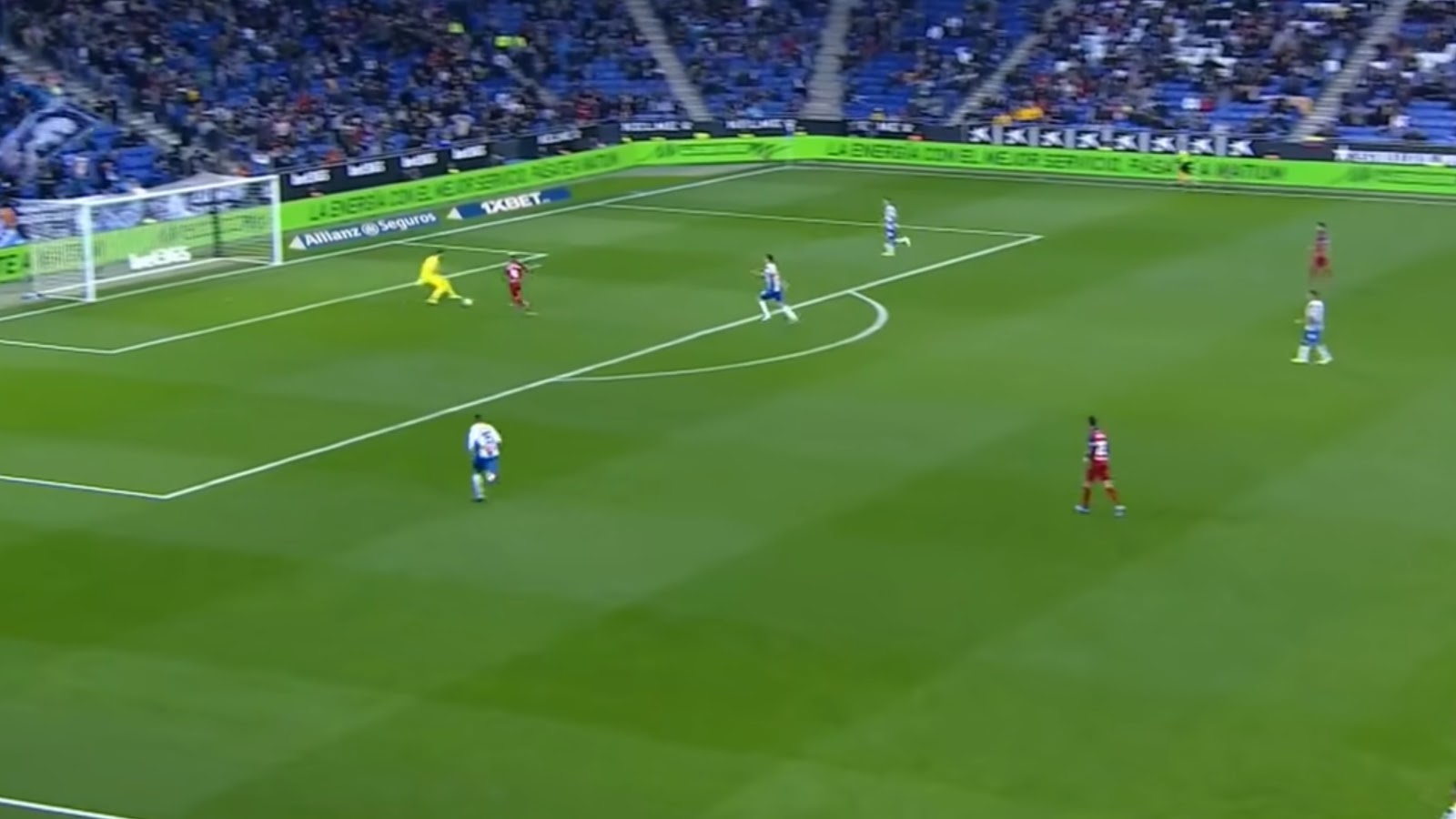 The 26-year-old also displayed a good variety of finishes – surprisingly powerful shots from long range, instinctive poaching on the back of opposition errors, and composure when faced with a goalkeeper 1v1.

It wouldn't be a surprise to see him move on from Osasuna in the near future and, if he does, it will be for a much larger fee than the one they paid to sign him.