This has been a special season for Kike García. The forward has put together his most prolific season in LaLiga Santander, notching 12 goals so far, and he remains steadfast in his belief in SD Eibar's survival chances.

Kike García joined SD Eibar in 2016, finally achieving his dream of playing in LaLiga Santander. The progress of the Cuenca-born striker through the competition has gone from less to more. 'Kike' is the clear example of a traditional style forward who, without making much noise, creates danger wherever he pops up on the pitch.

Garcia has scored in each of his seasons in the top tier of Spanish football. His 35 goals in 149 appearances make him Eibar's all-time top scorer in LaLiga Santander.

He's also proving to be the most important player up front for Los Armeros this season. His 12 goals in 33 matches make him the third top-scoring Spaniard in LaLiga Santander, tied with Rafa Mir and Marcos Llorente, and behind only national team stars Gerard Moreno and Iago Aspas. 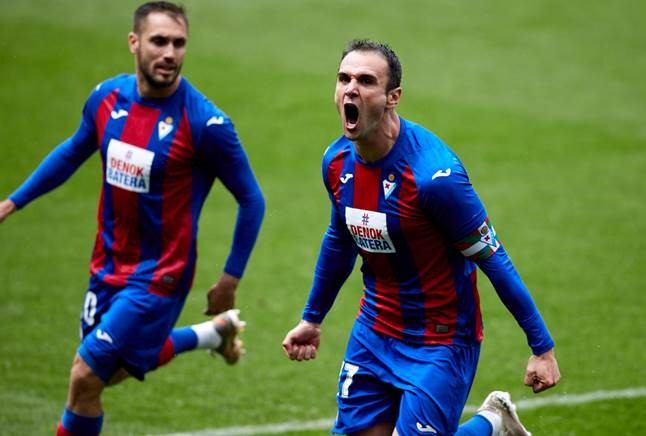 Last weekend, Eibar faced D. Alaves in a real relegation six-pointer. Garcia will never forget the match. His spectacular hat-trick – the first scored by an Eibar player in LaLiga Santander history – handed his side the three points and kept their survival chances well and truly alive. It was Kike's second hat-trick as a pro, the first coming in LaLiga SmartBank for Real Murcia against CD Mirandes back in 2013/14.

The first of his goals came just three minutes into the match. A throw-in to the heart of the area, build-up play from Sergi Enrich, Garcia controls the ball with his chest and finishes clinically. The second came from link-up play with Edu Exposito, with Garcia finishing into the bottom corner. And then the third, the icing on the cake, was a masterclass, threading the ball past Alaves keeper Fernando Pacheco to round off the win.

Garcia has been key for coach Jose Luis Mendilibar, playing in 33 of 34 games this season, and starting 32. Crucially, he has played a part in 53% of the goals scored by the Basque side, chipping in with two assists alongside his 12 goals.

With 70 shots, he is the side's top shooter and, in addition to his two assists (which make him the team's second top assist provider), is crucial in the final third, making 364 successful passes in opposition territory. He also made 116 recoveries, demonstrating that he's not just a clinical striker, he's also a hard-working team player. 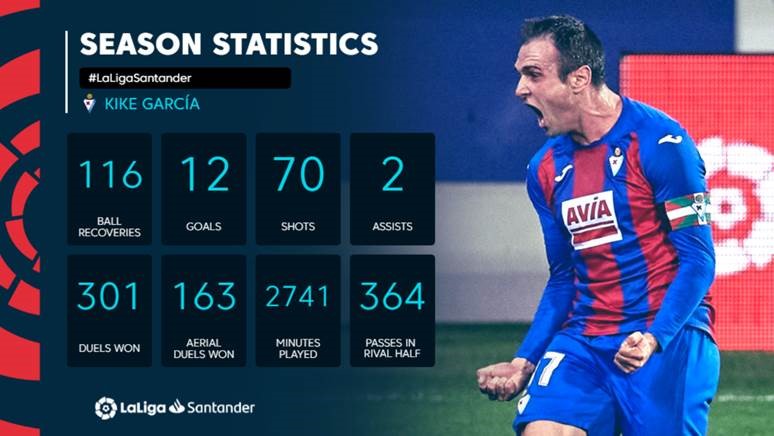