Kante & his Chelsea revival: How Tuchel is giving a clinic on perfect man-management

COMMENT: Handling personalities. Combining characters. Balancing a dressing room. It's a science. An art. And in terms of man-managing this Chelsea squad, Thomas Tuchel is offering us a very public clinic...

Case in point, consider the revival of N'Golo Kante at Chelsea. Better yet, consider the reviving of the relationship between Kante and Chelsea. There's no more talk of his minders trying to engineer a move away. There's been no reports - or leaks - of dissatisfaction between Kante and his manager. And there's been no demands from the dugout that Kante change his game.

Instead, Tuchel has lavished Kante publicly with high praise. He's only spoken of the midfielder's strengths. And behind the scenes, the manager has played Kante in his preferred position. He hasn't sought to change Kante's role. He hasn't demanded the player adjust his approach. Tuchel knows, for the type of midfielder Kante is, he has the best in the world - and has simply let him get on with it.

"N'Golo is incredible," declared Tuchel this week after reaching the Champions League's final four, "he is like one and a half or two players. Everybody who sees him for the first time loves him, all my family love him when they watch our games now. It's so nice to have him."

This wasn't the first time Tuchel had volunteered his opinion of Kante. Indeed, the manager has never needed an invitation to talk up the Frenchman. From admitting he wanted to sign Kante while in charge of PSG, to consistently highlighting the player's importance - even when half fit - for the success of his system, Tuchel has never been short of praise for his midfielder. And Kante has responded, both on and off the pitch.

Even as he's battled through the knocks he's now carrying, Kante is playing some of the best stuff of his career. In his natural position. With a manager who appreciates what his game offers. Kante is playing with a spirit and energy Cobham sources say they haven't seen from the now 30 year-old since the days of Antonio Conte. And that positivity has also been noticed around the club and on the training pitches. He's again "come out of his shell, has Kante". And that's down to the man-management of Tuchel. 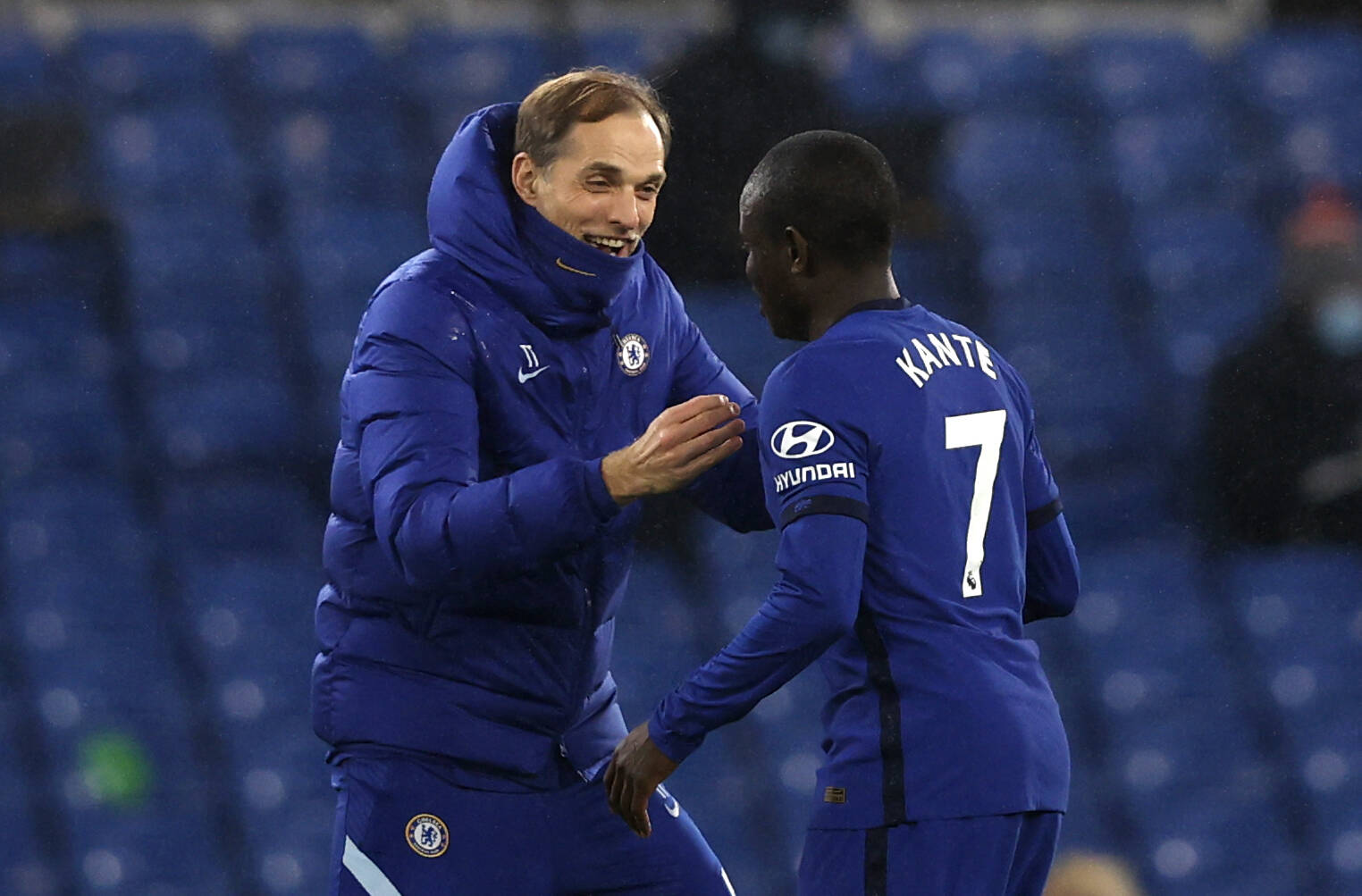 This hasn't been a fluke. Instead, this approach to handling Kante has been a very conscious and deliberate effort by Tuchel. Just consider how the German has managed Timo Werner since his arrival.

Different personality. Different character. Which all means a different approach from Tuchel - both publicly and inside the club. Unlike with Kante, it's been a case of carrot and stick when Tuchel has discussed his fellow German at pressers. There's been the praise. The support. But also always with a qualifier. A warning to Werner that he must do better. That he is expected to do better.

This isn't Tuchel playing favourites. This is a successful man-manager applying what he's learned. And the only proof you need has been Werner's response: “It's no problem for me when he screams at us on the pitch.

“I need a manager who screams at me. It gives me more power.

“I had the same at Leipzig - I've always had managers who have shouted from the sidelines and pushed me on."

He's giving us a clinic. Tuchel, in a very public way, is offering us lessons on handling different personalities in a team environment.

Under Frank Lampard, it was even more baffling. It appeared Kante was being pushed out. Lampard wanted to go in a different direction and was prepared to see the France international sold. Indeed, his Les Bleus teammates were convinced this season would be his last at Stamford Bridge. The contrast between the upbeat Kante of Clairefontaine and the "grim" one of Cobham couldn't have been more stark.

But all that's since changed. Tuchel knows what he has. And he's showing he also knows how to draw out Kante's best. At 30 and now almost five years a Chelsea player, Kante is a positive influence across the club. Not so much in words, but definitely in deeds. And it's the actions of his No7 that has Tuchel so appreciative.

"It is a big gift for me, a guy so, so humble and a big helper on the pitch," says Tuchel. "Don't underestimate his quality."

A message for the previous two managers? Maybe. But what is certain is the Kante we're seeing today isn't the one of Sarri and Lampard. Tuchel deserves credit, great credit. His handling of Kante has been spot on.

Man-managing a Premier League squad is a science. An art. And as we see with the revival N'Golo Kante, Thomas Tuchel is offering us all a very public clinic.