Kai Havertz & his Chelsea glory: Why there's still time to prove himself more than paper legend

Havertz has already dismissed the claims - "at 22, how can I be a Chelsea legend?". But he is. The German's name will still be there in a 100 years. Just like Ryan Bertrand as part of the winning XI in the 2012 Champions League final. No-one can take that away him. Just as no-one can take away Havertz's two matchwinning strikes over the past year.

But we also know the German wants more. He wants to be more than a name on a scoresheet. More than the answer to a football quiz. And significantly, he wants to do that as a Chelsea player.

However, something just isn't quite working for Havertz. We know he has the character. The mental steel. He showed that with his extra-time penalty against Palmeiras. Thomas Tuchel, Chelsea's triumphant manager, hand-picking Havertz as their designated penalty taker on the night.

“The penalty doesn't look nervous but of course he was nervous," Tuchel would declare in aftermath. "He knows what was at stake. He has a good record in shooting. I'm happy for him."

Havertz's ice-cold finish coming just weeks after playing the first-half of their Carabao Cup semifinal first-leg win against Tottenham with, as Tuchel put it, "a horrible looking" broken finger.

Again, strong mentality. Great determination. All things admired by his manager - "I can see and feel how hard he fights for the team". But still, after 18 months in a Blue shirt, yet to get a firm grip on a first-choice place.

In Germany, they're baffled. Havertz is still regarded as the best of a generation. As close to Zinedine Zidane as you'll see, so says World Cup winning captain Lothar Matthaus: "I compare him to Zinédine Zidane in terms of skills, technique, vision and anticipating a situation". 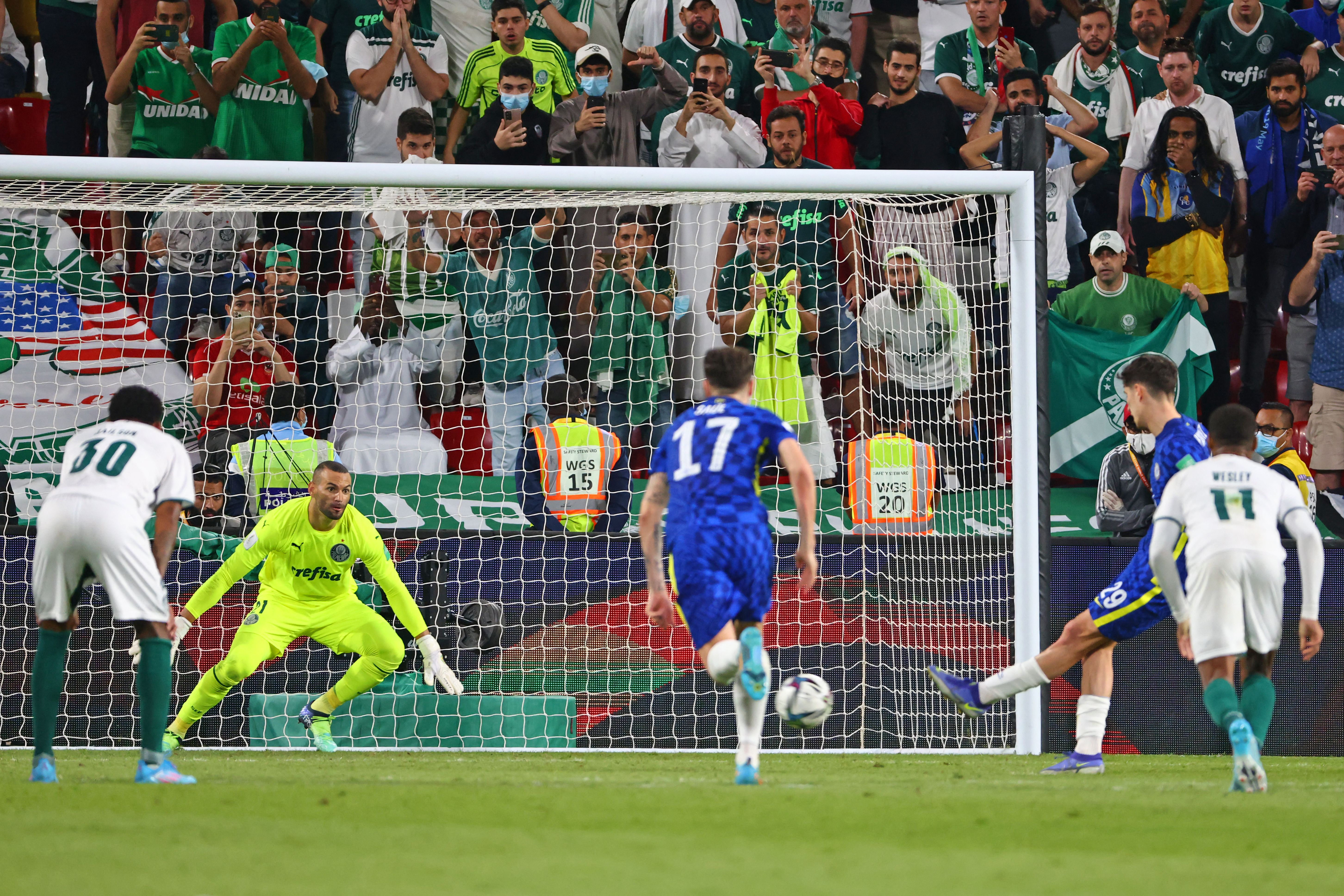 But his lack of consistent action under Tuchel has led to a debate about his future at Chelsea. Those who care about Die Mannschaft openly pushing for Havertz to reconsider his future in England and instead seek a move to the LaLiga.

Just minutes after lifting the Club World Cup in Abu Dhabi, Havertz was asked by one German reporter whether Spain would be "a better fit both physically and mentally?".

"For me personally, the step into the Premier League was the right one," Havertz replied, a winner's medal still hanging from his neck. "A lot of (German) pundits saw me in the Primera Division back then.

"I like Spanish football very much, but I'm also convinced that the Premier League has shaped me a lot in recent months and helped me progress."

Again, he's not running away. He's not hiding. Havertz, despite claims of Spain being the better (or is that easier?) option, is determined to make this Chelsea move work. But so far, it hasn't. At least not for what was expected. Of course, the money men at Chelsea will say Havertz has already paid back the £72m invested in the former Bayer Leverkusen midfielder. Those decisive actions in front of goal proof enough.

But again, we're talking about numbers on paper. Not form. Not performances. And it still remains all too inconsistent from the Germany international.

"When you play for a club like Chelsea, the competition is fierce," Havertz also said in Abu Dhabi. "I was aware of that from the start. Nothing is given to anyone. However, I am convinced that if I play, I will repay the trust."

And that's just it. Havertz needs that run of games. That consistency in his legs. Just like another 22 year-old Blue, Conor Gallagher, has enjoyed this season out on-loan with Crystal Palace.

Havertz's problems have nothing to do with ability. Nor mentality. It's the laws of football. The highs and lows of a player of Havertz's youth. The expectation at Chelsea - and therefore the competition - is greater than anything he experienced at Bayer. Just as it will be for Gallagher when he returns to Stamford Bridge next season.

At 22, Havertz still has the status of a young player learning the game. And he's doing so in a foreign competition. Yes, there can be arguments made that after 18 months, for a player of his reputation, more could be expected. But much of that reputation was built on potential; of what Havertz could be.

He is entering that phase where the potential tag will wear thin. But he's not there yet. And for the character he's shown in decisive moments this past year, Havertz does deserve from the Blues support for their patience to stretch just a little further.

Kai Havertz has already etched his name into Chelsea's history books. But at 22, there's still time for him to be more than a paper legend.