Meulensteen urges Man Utd to sell Pogba: Replace him with...

Liverpool boss Klopp pushed about Mane: If somebody shows me 5 million times respect and once not, what's more important?

COMMENT: As a pre-match jibe, perhaps it wasn't his most calculated. But Jose Mourinho's dig at Ole Gunnar Solskjaer and the idea of second best being good enough still managed to raise some questions about the Manchester United manager's work this season...

Of course, he's done better. Mourinho's swipe ahead of United's trip to Tottenham on Sunday could so easily have been pulled apart. Even dismissed. Referring to a past claim from Solskjaer that "trophies are for egos", the Spurs manager accepted an invitation to respond: “It's his opinion. I'm pretty sure his big boss Sir Alex had a different opinion about it. But I respect what Solskjaer thinks. I think different."

The inference being Solskjaer's claims of progress - as a United manager - now being about a higher place finish on the table would be at odds to the motivations of Sir Alex Ferguson and his hunger for silverware. Problem for Mourinho was that Solskjaer was almost echoing the Portuguese's thoughts a couple of months after the Norwegian had replaced him at Old Trafford.

Then a free agent, Mourinho declared his United team's 2017/18 second-place finish - again behind today's leaders Manchester City - as among the great achievements of his career: "I consider one of the best jobs of my career was to finish second with Man United in the Premier League, you will say, 'this guy is crazy'.

"'He won 25 titles and he is saying that a second position was one of his best achievements?'"

"I keep saying this because people don't know what is going on behind the scenes. Sometimes we, on this side of the cameras, analyse things with a different perspective."

So you dismiss it, right? A strike-out for Jose. Well, not quite... because as he says, what he was dealing with inside the club was very different to what Solskjaer enjoys today.

We're not going to revisit the resistance Mourinho endured over that final six-to-seven months at Old Trafford. But it is worth exploring how far Solskjaer has managed to take the club with everyone within it's four walls wanting the best for him. 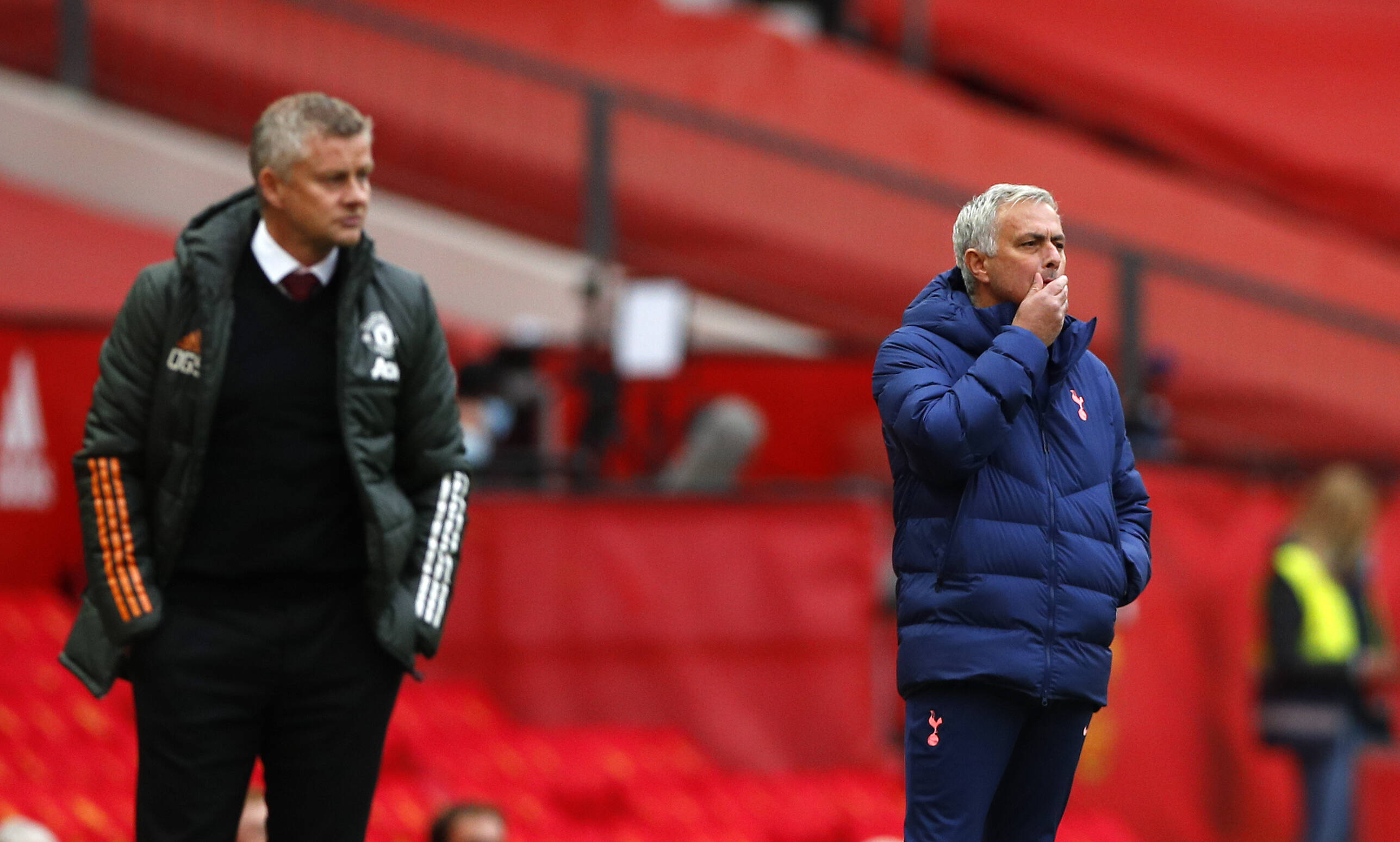 For the board. For the vice-chairman. Solskjaer has fulfilled his brief this season. Another season of Champions League football and the revenue it generates is all that really matters for Ed Woodward and co. The deep Cup runs. The silverware. They're simply forms of a pressure valve, there to ease any tension with the support. For the higher ups it's about share price and dividends and nothing raises both like Champions League qualification.

So he's done it. And Solskjaer will be rewarded with a new contract at season's end. But just how big an achievement is it to finish second in a season which could see West Ham United and Leicester City make up the remaining two Champions League qualifying places?

Under Solskjaer, United are making progress. There's no doubt about that. And this column remains supportive of the Norwegian as Manchester United manager. Luke Shaw. Marcus Rashford. Scott McTominay. Players have improved under his guidance. Bruno Fernandes. Harry Maguire. His eye for talent and his signings have proved successful. And no matter the doubts raised by Mourinho, a second-place finish is a sign of positive progress continuing to be made in this Solskjaer era.

Going from the doldrums of Mourinho's final six months to third place last season. Then to a second place finish this term. This team, with these players, are on an upward trajectory. But will maintaining such steady, steady strides United have managed these past two-and-a-half years be enough to reach the Premier League summit in 12 months' time?

The success of this season's United team has been built on the development of players long on the books. Last summer's arrivals have barely contributed to this campaign. Edinson Cavani, Alex Telles and Donny van de Beek... none of them could claim to have had a telling influence. Indeed Solskajer, himself, has argued more about the impact of Cavani and Telles off the pitch than what they've contributed on it.

Good players. Good characters. And their additions, it can be argued, have helped with United's progress this season. But it's had little to do with matters on the pitch. Or better yet, on the table.

And this is where the test really comes. Not just for Solskjaer, but the entire front office. From the scouts on the ground. To the newly formed management team of John Murtough and Darren Fletcher. Right up to Woodward and, yes, the Glazer brothers. Steady as she goes just won't do. A free agent here. Improving the depth there. It's no longer enough. This summer, United need to find players who are better than what they have. Whether it's at the back. In midfield. Or at centre-forward. To take this team. This good, solid, young team. To move this side into the slipstream of the elite, United need to identify and sign players who can help them do it - and instantly.

For United, the good news is they've shown this isn't beyond them. Fernandes. Maguire. Two players whom have taken Solskjaer's team to another level. But that level was from sixth to third. Now they're the second best team in the country. But going from second to champions is the toughest step of all. And steady as she goes, as a market mantra, isn't going to cut it.

It's why Mourinho and Woodward fell out so spectacularly in that final season. Before then, Louis van Gaal experienced the same.

“If you are at United, you have to think big," Van Gaal stated in an interview earlier this season, before detailing a star-studded shopping list he submitted to Woodward. Robert Lewandowski, Gonzalo Higuain, Sergio Ramos, N'Golo Kante... they were all on it, plus more.

“After I left, players like Mahrez and Kante ended up at Manchester City and Chelsea, while United couldn't get them. I found that very odd," the Dutchman says.

And this is the challenge that now looms for today's Manchester United. Can they take that final step? Do they have the motivation - and means - to do so? Or, as Mourinho clumsily stated on Friday, will second best always be good enough in the Solskjaer era.