COMMENT: Ole Gunnar Solskjaer needs him. Manchester United need him. But the amount of time needed for Jadon Sancho to bed down will only drag on so long as his manager plays him as he is today...

The positive news is Sancho is settling in. He is adapting. Sancho showing enough in the glimpses we've seen that the Premier League isn't beyond him. He's not out of his depth. Indeed, those words from his manager about "being electric" weren't so far off the mark. That second-half performance from the bench against Everton did suggest it's beginning to come together for the England international.

And Solskjaer needs that. His team needs that. For as long and drawn out the pursuit of Sancho was, it was performed with a determination by United. Driven by Solskjaer, United never let go of the chance to bring Sancho back from Borussia Dortmund. The winger, with his skill, with his creativity, but most importantly with his pace, was the player to give Solskjaer's team that extra missing ingredient. With Cristiano Ronaldo now leading the line, this team needs a Sancho in form. They can play through the middle. They can work the ball in tight areas - and at a snap. But before Sancho, this United team lacked a specialised winger. A player to beat the fullback one-on-one and cross in the same motion. And with Ronaldo now to aim for, such a talent is going to prove more and more valuable as the weeks wear on.

And as we say, it is coming together for Sancho. The Everton performance offered United a glimpse into the future. He'd beat his marker with his quick feet. He'd get his head up and roll a pass into Ronaldo for a potential assist. He'd intelligently attack space - with and without the ball. It was promising. Exciting. And at times "electric". But it could've been a lot more if Sancho had been played on his natural flank.

Sancho isn't two-sided. His left leg isn't there just for him to lean on. But at the moment. At this stage in his career. It's pretty close. Yet so far in a United shirt, Solskjaer has chosen to play Sancho primarily down the left channel. And against Everton, it was obvious this isn't going to consistently work. 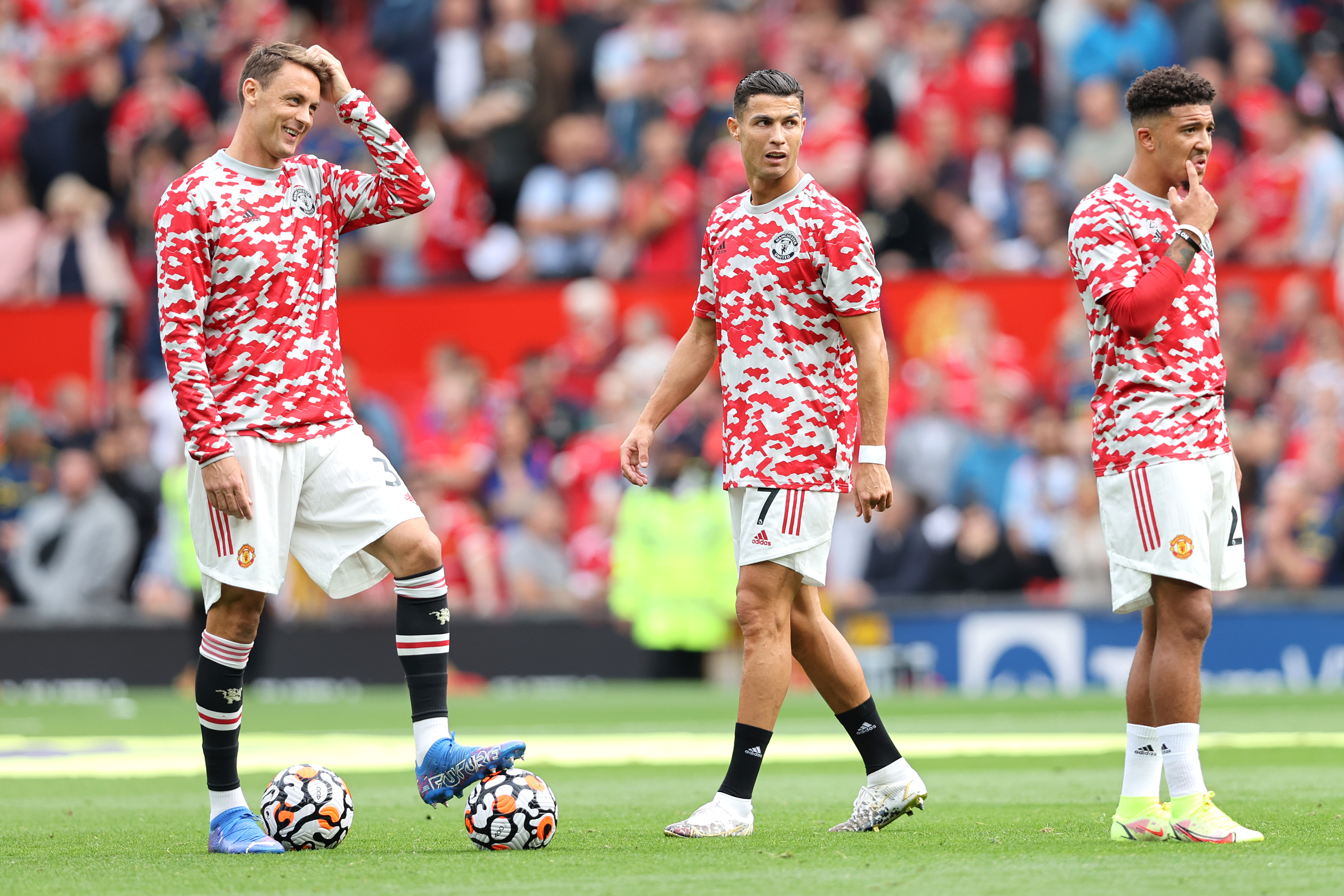 Ronaldo and Sancho still working on a connection

Not once did Sancho, when reaching the byeline, swing in a cross with his left leg. The motion would always involve checking back in order to use his stronger right foot. The pace of the move and it's momentum, inevitably lost. Of course, with his class and experience, Ronaldo is capable of adjusting his run to handle that extra second Sancho needs to get the ball in. But it's also an extra second for Ronaldo's markers to re-adjust. And for this column, for the promise Sancho's ability to beat a tackle and create a crossing opportunity offers, it's being squandered playing him on the left-side.

We went into this column with plans to take Hans-Joachim Watzke, Dortmund's outspoken chief exec, to task. Watzke had taken aim at United and Solskjaer for holding back Sancho in the early weeks of his Old Trafford career. The German dramatically claiming Solskjaer's treatment of their former prospect "gets tears in your eyes".

Of course, it's a bit rich from Watzke to fire barbs at United. After all, Dortmund had no problem dropping Sancho to the bench - even to the stands - over the first-half of last season. Watkze and his fellow directors Sebastian Kehl and Michael Zorc all having their say on Sancho's problems. The blame, of course, was laid at the feet of United and their public pursuit of Sancho last year. But he did struggle in the first months of last season. And he was withdrawn for it.

However, read a little deeper into what's said and Watzke's performative swipe does have some credence.

“I love Jadon," he insisted, "When you see him playing you get tears in your eyes. It hurts my soul that he is given so little consideration."

It might've been a simple throwaway line. Or it could be that Watzke was actually questioning how much thought Solskjaer had put into getting the most from Sancho as quickly as possible. For as versatile as Sancho was for Dortmund over the four years he was with the Germans, he played well over 50 per cent of his games, no matter the formation employed, on the right-hand side. Sancho was played to his strengths. He benefitted. As did his team. If this is what Watzke was bellowing about, it's a point well made.

Just this past week, we've had Didi Hamann, the former Bayern Munich midfielder, raise the lack of "consistency" in Sancho's game. United and England teammate Jesse Lingard has talked about Sancho offering "glimpses" of his best. Beating a tackle here. A clever give-and-go there. Hamann and Lingard articulating what we're all currently seeing: a lot of promise, but just not enough.

And this can't be helped by being played on his wrong side. These things matter. These details matter. It's why Sancho settled so quickly - as a right winger - with Dortmund.

Solskjaer needs to do the same. For the longer Sancho is played on his wrong side, the longer it's going to take for him and this Manchester United team to bed down.