COMMENT: Eight years after Sir Alex Ferguson's cheeky attempt to nick him away. Is Ed Woodward now ready (finally) to thrash out terms with Aston Villa and bring north the player with that "Manchester United swagger"...?

News that Woodward. An exasperated Woodward. Is pulling back from negotiations with Borussia Dortmund for Jadon Sancho should be welcome news. The tension between the two clubs was always going to be an obstacle. Sancho may want the deal. Ole Gunnar Solskjaer too. But United's manager also recognises the need to get bodies through the door as quickly as they can.

Dortmund's price, while steep, isn't the main issue. With the season effectively kicking off next week, Solskjaer and his vice-chairman exec can see what Dortmund are up to. Director after director. Quote after quote. By negotiating through the press, the Germans have shown they're prepared to mess United around for as long as they can. Unless Sancho kicks up a fuss at his end of the table. In other words, (as we've mentioned in a past column) and 'do a Dembele', this thing is at stalemate.

But that Woodward has sussed BVB's tactics for what they are is a good thing for Manchester United. And it can also be a positive for Aston Villa's captain, Jack Grealish.

It's over eight years now. Eight years since Sir Alex Ferguson let it be known to intermediaries that United would be interested in a 16 year-old Grealish. United staff had seen the teen tyro coming through England's burgeoning academy system. Bouncing through the U16s. Virtually skipping the U18s. And making the bench of Alex McLeish's senior Villa team. As Big Eck, a title winner under Fergie, would later recall, United had made their pitch - via an agent - to Jack and his family about quitting Villa just as his first team career was kicking off. And all done without a word to Eck from his old Aberdeen gaffer.

In the end, a bumper pay-hike and playing assurances convinced Grealish and family to stay. But the mutual attraction between the now Villa captain and United has long since remained. And eight years on, Solskjaer, who was coaching inside the Carrington academy when Grealish was first spotted, can now make good on Sir Alex's initial attempt.

For many, including this column, it's a deal that should happen. Even if Paul Pogba stays. Even if Bruno Fernandes remains fit. There is room for Grealish in Solskjaer's midfield. Pogba wishes to play centrally. As does Fernandes - and even Anthony Martial. For Grealish, under Dean Smith last season, his best football was played as an old-fashioned inside-left. The Zizou position. A role carved out by managers at the turn of the century canny enough to realise the place with the least traffic on the pitch was on that left-side of midfield. If United go to a four across the middle, as Solskjaer is working towards, there's room for Grealish - and not at the expense of Martial. Both player and manager see the Frenchman as a genuine No9. He and Grealish can complement eachother. 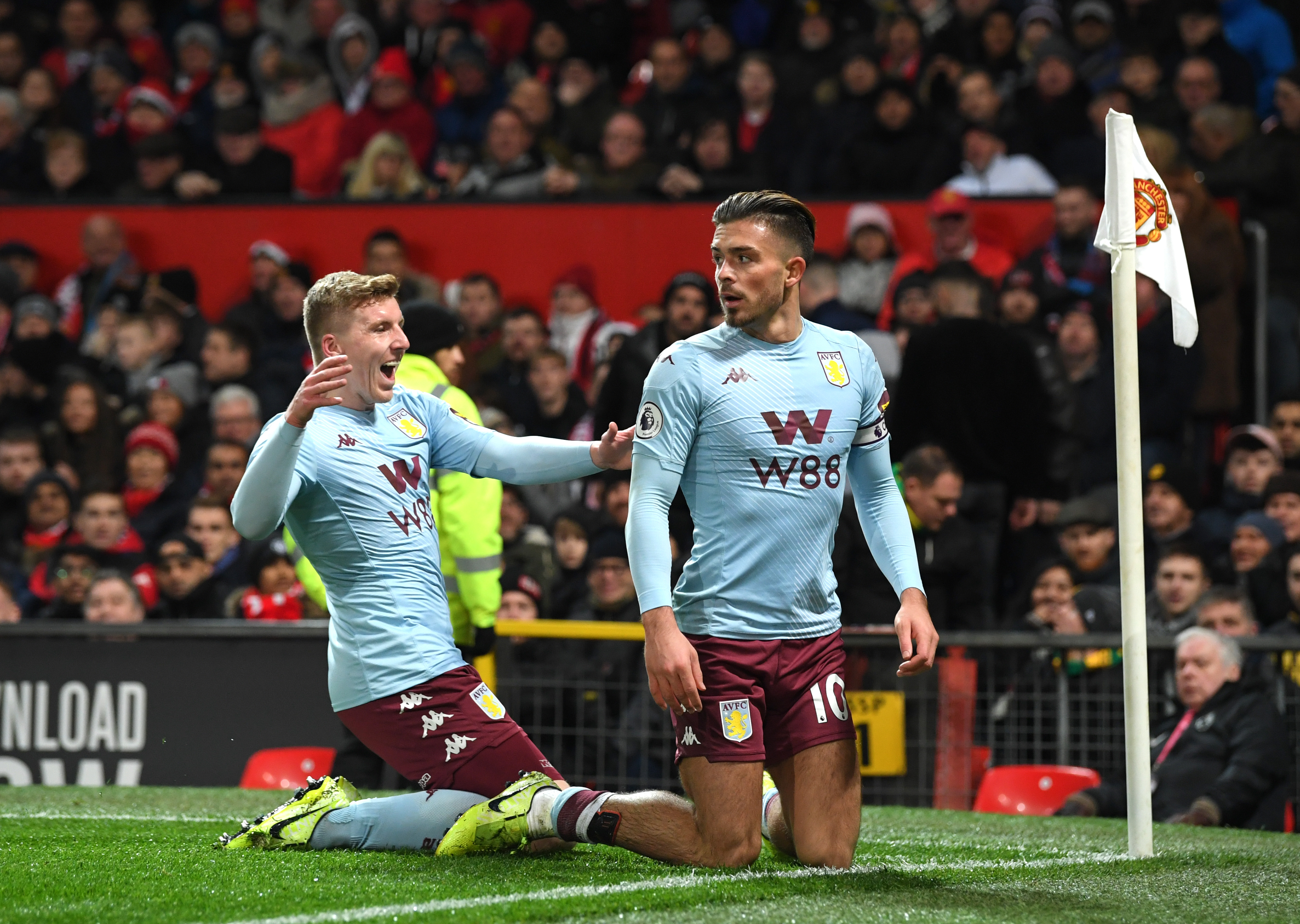 "He will play loose off the left hand side," says Grealish's former manager Tim Sherwood, one among many convinced United is a stage made for the midfielder. “Only certain people can play for United and I have no doubt Jack Grealish is one of them.

“He has a special Man United swagger about him – he is what they need."

A good player. With great potential. A club captain at 24. One who has led his team through the bedlam of last season - and kept them up. Grealish has shown he can cut it at Premier League level. And in a struggling team. In a situation where one error, one bout of self-indulgence, could cost the club their Prem status. Grealish led Villa showing the same flash and exuberance which caught the eye of Fergie's scouts all those years ago.

And if he can do that shoulder-to-shoulder with Villa's players, then what is he capable of alongside the likes of Fernandes, Martial and Marcus Rashford?

United will make different demands of Grealish. And his game will improve playing with better players. He won't be joining as the finished article. But one with the potential Solskjaer has shown he can quickly tap.

An English, ball-playing midfielder. Tricky. Nimble. With a big personality. And all at 24. Grealish effectively represents the Paul Gascoigne Sir Alex never managed to land. And if it all comes off, it won't be just coaching staff beaming, those running the merchandise arm will have on their hands a local marketing opportunity not seen since the days of David Beckham.

Recently Matt Le Tissier spoke of the one time who could've been tempted away from Southampton. It was 30 years ago. Terry Venables' Tottenham. The team of Gazza, Paul Stewart, Nayim and Gary Lineker. Of course in another 50 years, Saints fans will still be talking about Le Tizz. But what an opportunity that would've been to see Gazza and Le Tissier in the same line-up - and with El Tel pulling their strings. Two generational talents. An opportunity to play on a bigger stage. With better players. What could such an environment have done for Le Tissier's game?

We'll never know. But that same opportunity lies in wait for Grealish and Manchester United.

A Gazza? A Le Tizz. Not quite. Well, not yet. But Jack Grealish does have that "Manchester United swagger" to suggest - in the right environment - he can get to that level.