Brentford have made a brilliant start to life in the Premier League, losing just one of their opening six games. They started the campaign with a 2-0 win over Arsenal, and drew 3-3 with Liverpool in a thriller last weekend. Ivan Toney has been at the heart of his team's good form.

Leading the line and scoring two goals, the 25-year-old has given numerous established top-flight centre-backs a torrid time with his combination of strength, aerial threat and movement. If he continues his current form, it may not be long before he breaks into Gareth Southgate's England squad.

Toney stands at 6ft 1in and possesses a good leap, which makes him extremely difficult to control in the air. Brentford play to his strengths, targeting him directly with long balls as a means of getting up the pitch quickly. At this early stage in the season, only Burnley and Brighton average more long balls per game than Thomas Frank's side.

In their opening round win over Arsenal, Toney's aerial ability came to the fore time after time. Up against Ben White, who was making his debut for the Gunners, Toney consistently won the battle in the air, causing chaos in the opponent's defence and flicking on for runners in behind. At the final whistle, he had won seven aerial duels. White, by contrast, had won just three.

Arsenal's defenders aren't the only ones Toney has bullied, though. It's becoming a weekly habit - even Liverpool's Virgil van Dijk and Joel Matip, usually so uncompromising in the air - struggled to handle him last weekend. 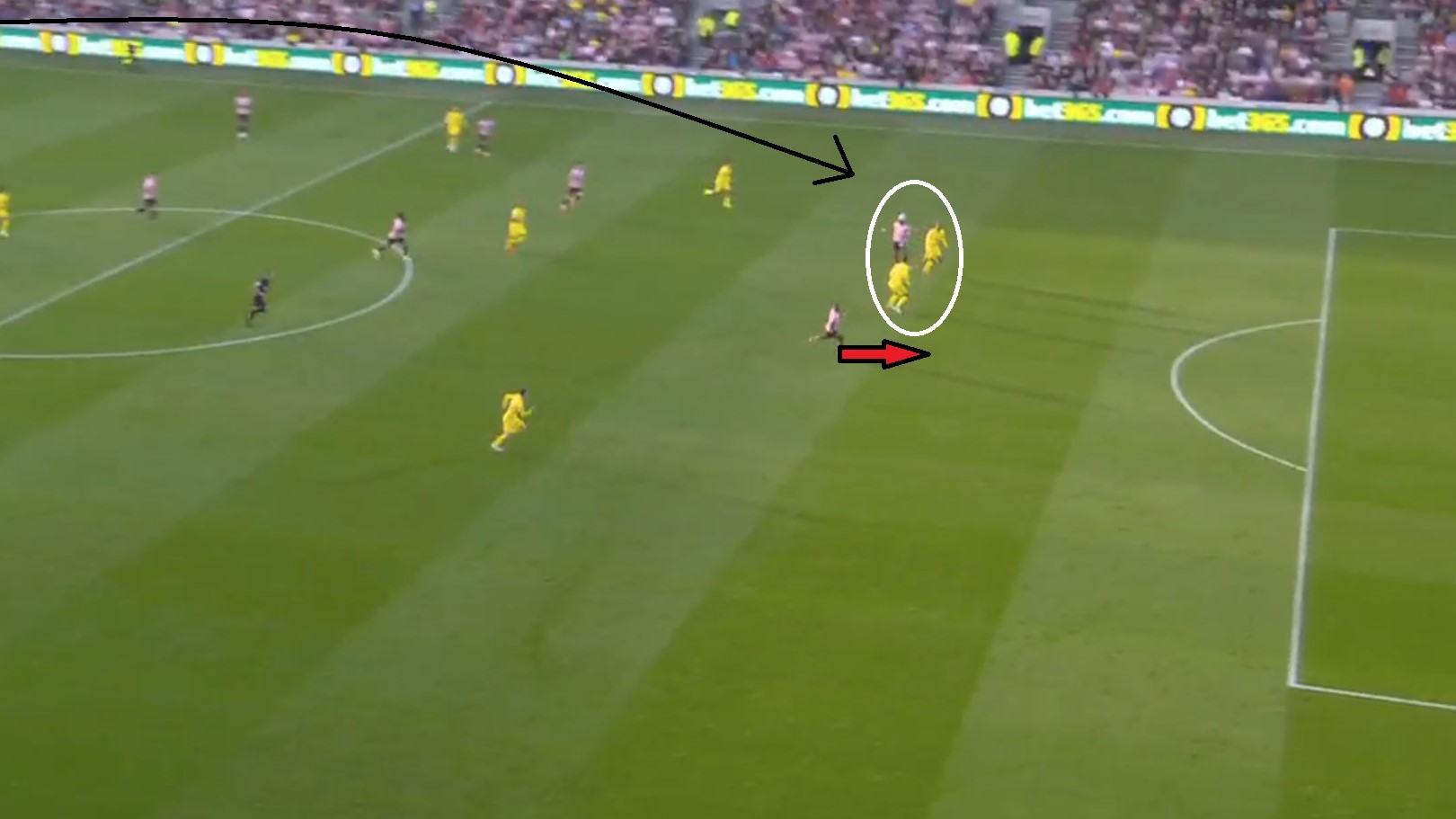 No Premier League striker is anywhere near Toney's 38 aerial wins this season. His nearest challengers are Chris Wood, Christian Benteke, Ashley Barnes, Che Adams and Romelu Lukaku of Chelsea. None of them match his 60.3% success rate in aerial duels. It's safe to say that Brentford's attack is built around the best target man in England's top flight.

Toney's role is primarily that of target man, winning headers and helping Brentford to enter the opponent's half via one direct pass. He is capable of holding the ball up and feeding runners behind, and showed against Wolves that he also has enough pace to trouble defenders in 1v1s on the rare occasions he moves wide left. However, his best work comes inside the penalty box.

His first Premier League goal for Brentford came against Aston Villa, in the second phase after a corner kick. The ball was put back into the box with a low cross, and Toney adjusted his position to hit it first time into the roof of the net. It was an emphatic strike, and it highlighted how he gets most of his goals.

Last season, Toney scored 22 non-penalty goals in the Championship. Most of those were first-time finishes from inside the penalty box that highlighted his movement to flummox defenders, anticipation to sniff out opportunities, and composure when presented with a chance. He remains composed from the penalty spot too, bestowing faith in a short, straight run-up to deceive goalkeepers.

Toney demonstrated his movement, anticipation and aerial threat in the box in the ninth minute against Liverpool. With Brentford in possession on the left-hand side, he got blind side of Van Dijk and pointed to where he wanted the cross to go. With a bit of help from Andrew Robertson playing him onside, he gets up, beats the defender to the ball and just misses the target. 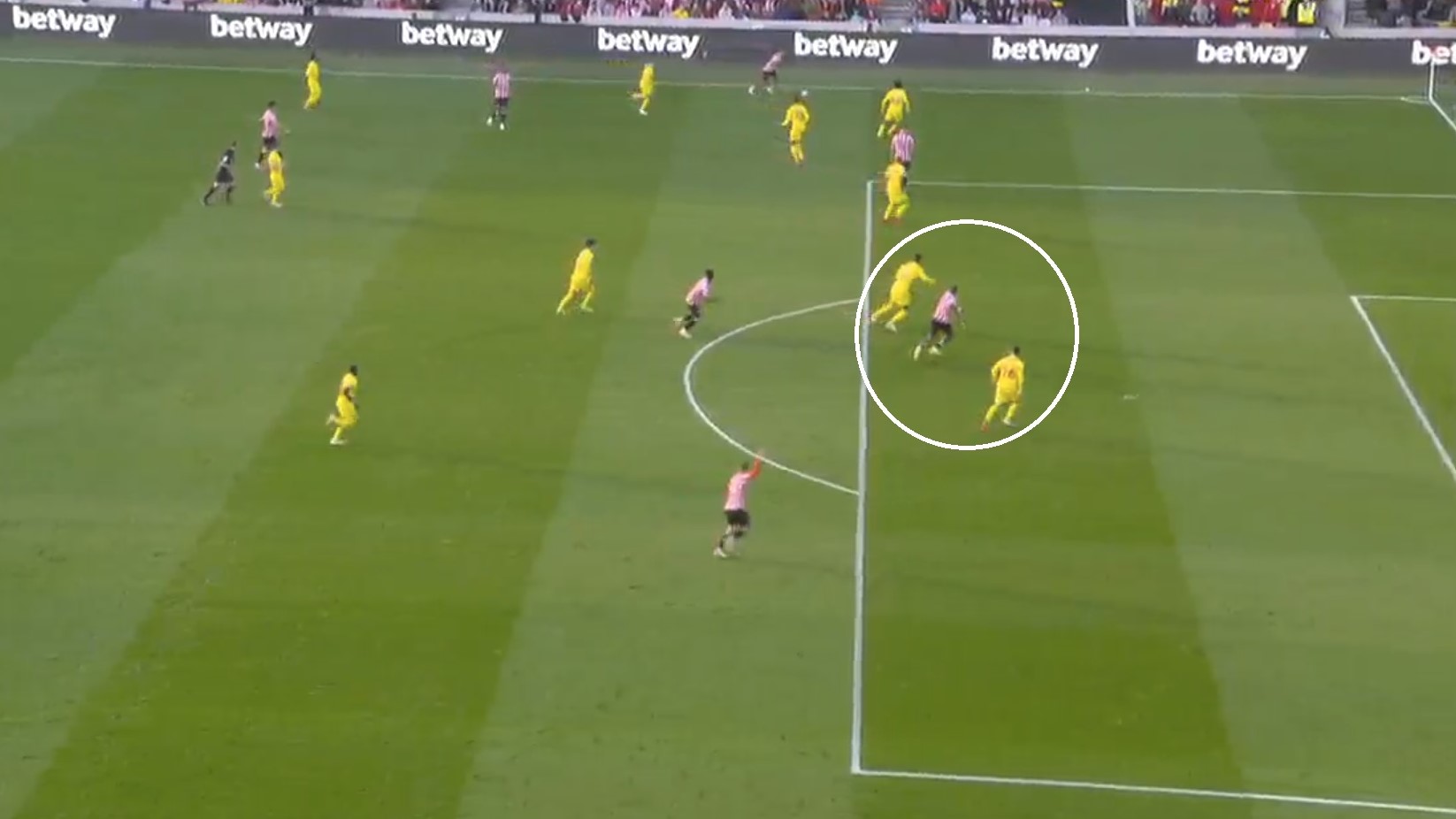 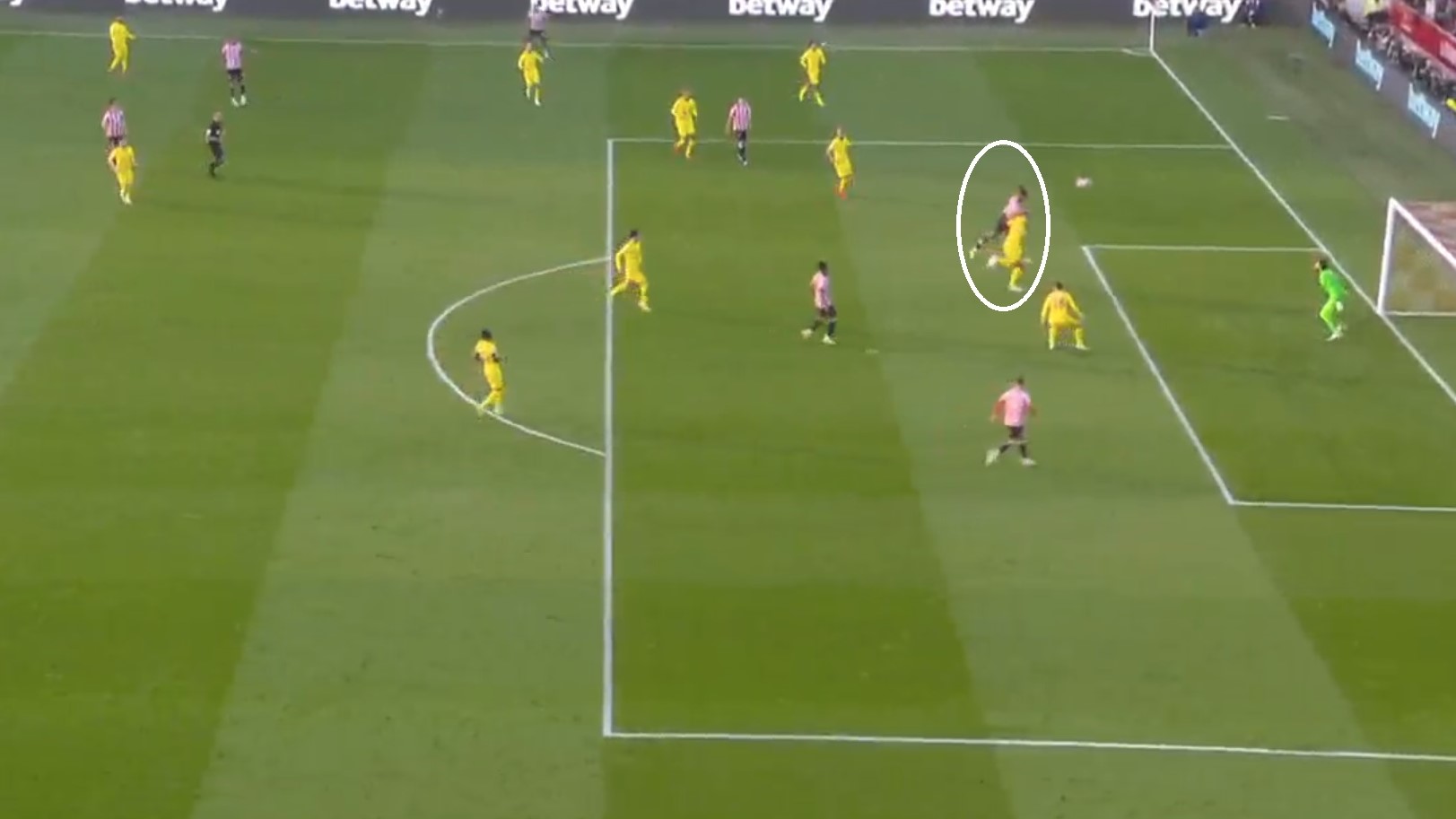 While this sequence didn't lead to a goal, it showed some of the qualities that make Toney such a threat inside the penalty box. With a combination of cunning and aerial strength, he arrives in the right place at the right time and can finish on the ground or in the air.

Toney is in exceptional form and is also the star man for his team, which means he's always going to get attention. He will already be in England manager Gareth Southgate's thoughts and could well make the squad at some stage in the next few months. However, it may be difficult for him to win regular caps.

England are replete with options up front. Harry Kane is the talisman, and behind him is a wonderful cast of reliable Premier League goalscorers including Patrick Bamford, Ollie Watkins, Dominic Calvert-Lewin and Danny Ings. Of course, there's also Tammy Abraham, now plying his trade with Roma and enjoying his football in Italy.

At this moment, Toney is probably just behind Abraham and Calvert-Lewin in the 'target man' pecking order. What makes things more difficult is that Southgate plays a lone striker and leans towards those who offer more outside of the box - think Bamford with his fluid movement, or Watkins with his pace and channel runs.

Still, if Toney keeps up his current form he is on course for an exceptional debut season and double figures for Premier League goals. That, along with the X Factor his ability in the air represents, could earn him a place in the England squad.