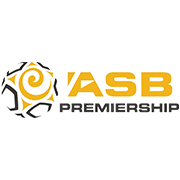 Kashima Antlers beat Auckland City 2-1 in the Club World Cup preliminary round tie as video technology made its debut in a senior Fifa competition.

For the first time in a Fifa tournament, the match featured so-called Video Assistant Referees who are allowed to pass information from television replays to the referee on the pitch if requested.

The system, which also allows the referee himself to look at match-changing incidents on pitchside monitors, is being trialed by Fifa, who hope to use it at the 2018 World Cup, although the referee did not have to call for any reviews.

Goals from Shuhei Akasaki and Mu Kanazaki took the Japanese side into the quarter-finals, where they face African champions Mamelodi Sundowns.