Hugo Guillamon: Valencia ace to take his Uni books with him to World Cup

When players go to a month-long tournament like a World Cup, there is usually a lot of down time and many hours to fill in between training sessions and matches.

For Hugo Guillamón, too much free time won't be a problem when he travels to Qatar as part of the Spanish national team this month. The 22-year-old has long been combining his career as a LaLiga Santander footballer for Valencia CF with the pursuit of a degree in biomedical engineering and will be taking his textbooks and laptop with him to Doha.

Combining these two passions is something Guillamón is well used to. In fact, the night he made his debut for the senior Spanish national team, in a friendly against Lithuania in June 2021, he was actually supposed to be sitting an exam at the Valencia Polytechnic University the next morning. Fortunately, he was able to postpone that exam and played 90 minutes for La Roja, even scoring the opening goal of a 4-0 victory as Spain's youngsters stepped up during a covid outbreak amongst the seniors.

Fats forward to this November when Guillamón learned that he was one of the 26 players selected by Luis Enrique to go to Qatar, he was at Valencia CF's sporting complex at Paterna. The club shared a video of the moment when the player heard his named called, which sparked cheers from all his proud teammates and colleagues. What we didn't see was that Guillamón had been up 7am that very morning to spend time studying on campus before going to training. 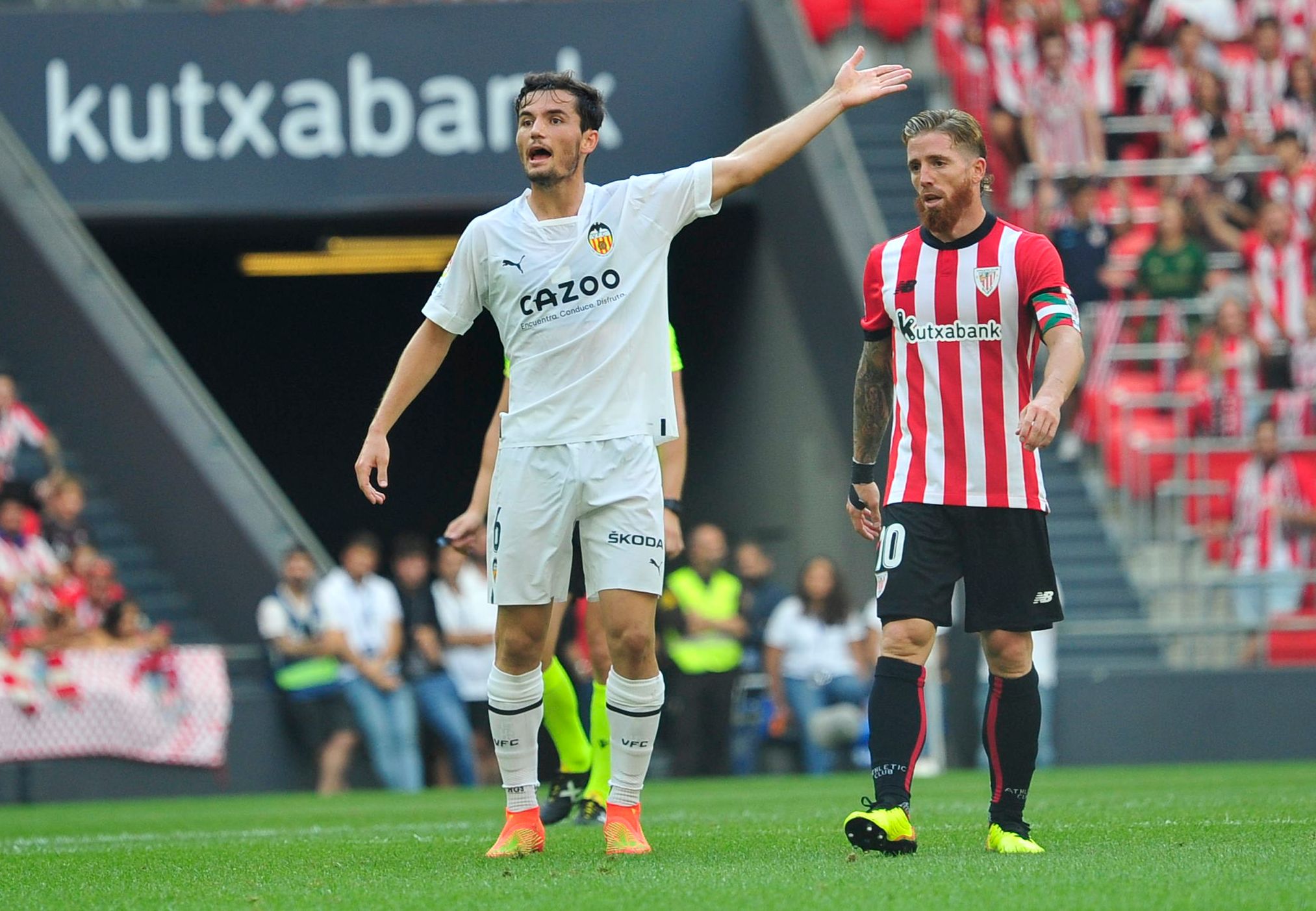 The way Guillamón dedicates so much time and effort to his studies as well as his football sums him up. He is a hard worker and this has always been clear to see on the pitch, where he plays as a centre-back or as a defensive midfielder. The player, who was born in the Basque Country but who grew up in the Valencian Community on Spain's eastern coast has always stood out for his work ethic and this saw him rise through the Valencia CF academy at great speed, debuting for the club's reserve side Valencia Mestalla aged just 17.

A first-team debut followed in February 2020, just after his 20th birthday, before the youngster become a vital member of the squad following the coronavirus-related pause to that 2019/20 season. When the competition resumed, he started several matches at centre-back and displayed his skill, energy and versatility to those in charge at Los Che.

A couple of years later, and with 83 Valencia CF first-team appearances to his name, Guillamón is one of the first names on the team sheet for current coach Gennaro Gattuso. For the Italian, the youngster is most effective as a defensive midfielder. With Luis Enrique, on the other hand, the national team coach prefers to deploy him in central defence. Given that Guillamón is just as effective in either position, he is happy to take on either role.

As he said at a pre-World Cup press conference: “With my club, I have been playing as a central midfielder for about a year now. Yet here, with the national team, I have almost always played as a centre-back. The coach tells me that he trusts me, that he knows I can play in both positions. The important thing is to help the team. Wherever I can contribute, I will."

Guillamón's willingness to play whenever and wherever he is asked, and to study whenever or wherever he can, has made him one of the most likeable players in the Valencia CF squad and one of the most respected students at the Valencia Polytechnic University. At Mestalla, the club directors recently extended his contract until 2026, a sign of their belief in his continuing progression. At his university, Guillamón has also been recognised by being named as a sporting ambassador for the institution.

The future is very bright for this player who works so hard and who demonstrates his skill and intelligence both on the pitch and in the lecture hall. But Guillamón is also standing out in the present and his performances in LaLiga Santander for Valencia CF have earned him the chance to perform on the World Cup stage this November and December. Definitely one to watch.