COMMENT: Callum Hudson-Odoi and Ruben Loftus-Cheek. Have they reached a career crossroads? A moment to take a decisive step for the sake of their future? Or is it simply a time to accept - and believe - the word of their manager and carry on at Chelsea as is...?

These are the conversations both players - particularly Hudson-Odoi - are having with their minders as we speak. On the face of it, things appear comfortable. Loftus-Cheek saw action in the win at Brighton. Hudson-Odoi was given the full 90 on Wednesday night for the Carabao Cup triumph against Barnsley. The manager is selecting them. They're getting minutes. They need only look across the Cobham dressing room and consider Toni Rudiger's situation if they're taking these early season opportunities for granted.

But to be fair to Frank Lampard, Chelsea's manager hasn't sugar-coated anything in public when it comes to both players. The prospect of a regular game is up-in-the-air and the idea of one, if not both of Loftus-Cheek and Hudson-Odoi departing, hasn't been ruled out.

"I keep getting asked about the size of the squad," Lampard stated at the beginning of the week when pushed about Loftus-Cheek. "There might be movement, we know that, but nothing is concrete so don't read too much into those selections at the minute.

"It will have to be things which are right for the club and individuals and me and in terms of what happens in the next couple of weeks."

Then on the eve of Wednesday's 6-0 win at the Bridge, the Blues manager was quizzed about Hudson-Odoi and again left the door wide open: “I'm going to skirt around that question.

“We're not in a period where the transfer window is acting like it has done in recent years. The competitive games have just started. I'm very open to those conversations with the players as the next couple of weeks go on."

And it's an invitation Hudson-Odoi will accept next week. News emerging that representatives for the England international are slated to meet with Lampard to discuss his situation. Hudson-Odoi wants to know where he stands. Is he regarded as a player for the big Premier League and Champions League games? Or simply the Cup ties this season? 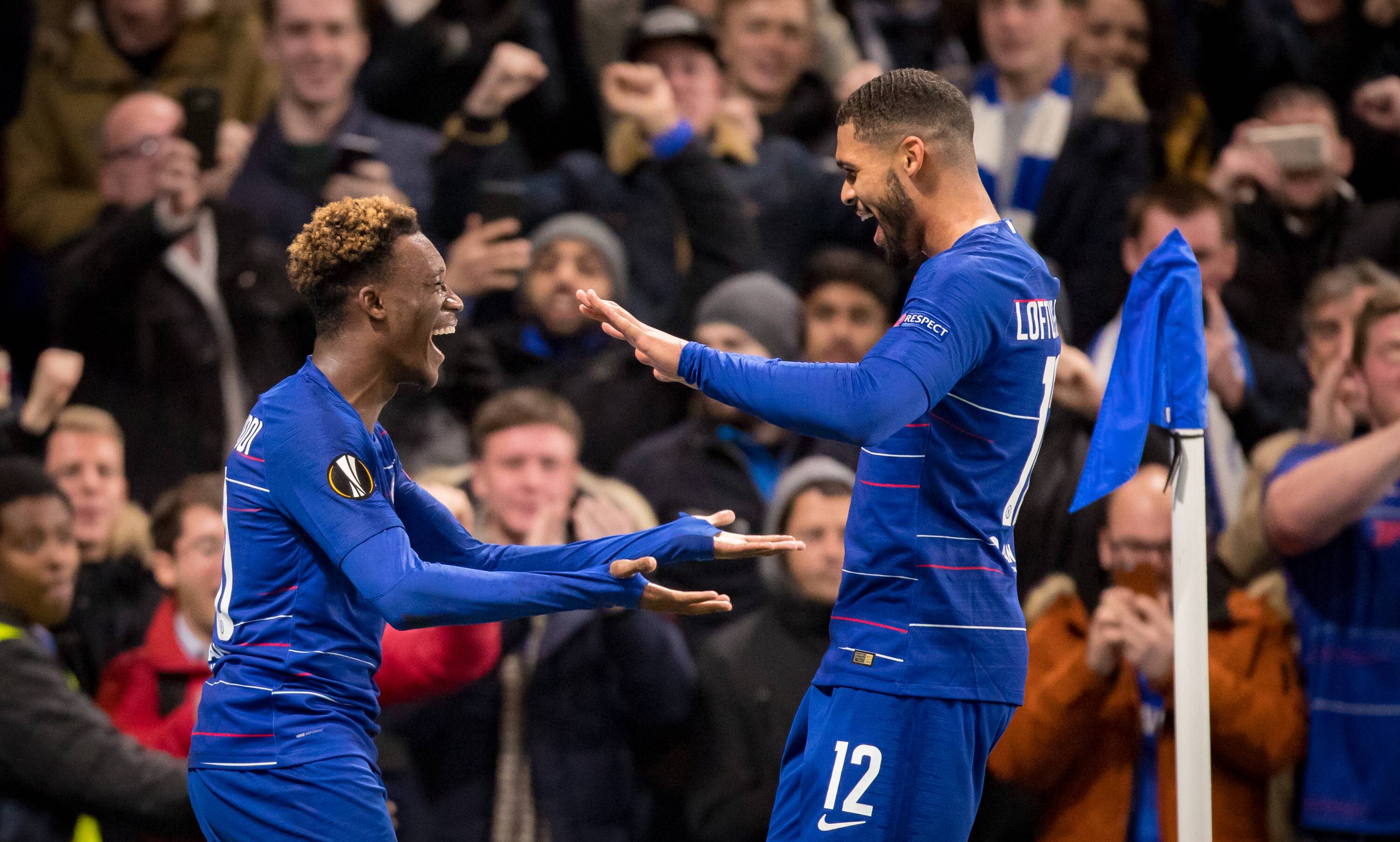 At 19, Lampard will argue time is on the player's side, "the priority will be making sure I maintain the strongest squad I can", and will urge Hudson-Odoi to stay. And it's an argument for most players of Hudson-Odoi's age that would be accepted. Indeed, a year ago it would make perfect sense. But today...?

Well, today the squad has been transformed. As has Lampard's approach. The hope of Chelsea's academy lads finally getting their chance - and most significantly time - to develop and progress shattered by Lampard's comments leading into the Premier League opener against Brighton. The attitude. The doctrine. It's changed (or is that reverted?). Like his comments regarding both players these past few days, Lampard hasn't left us second guessing. His ambitions for this team - and his career - laid bare.

"I loved the nurturing last year, but I never wanted us to become an academy club," he declared. "That story is great for five minutes and those debuts when you hand them out are really nice, but then it moves very quickly to people asking if you can win games now."

So for Hudson-Odoi and Loftus-Cheek, among the best English talents of a generation, where does that leave them? Well, it leaves them with a decision to make. And for this column, for the sake of their careers, a decision which should involve cutting ties with their formative club.

The latest doing the rounds amongst intermediaries is that both will be offered the chance to move out on-loan. An opportunity for regular football. To maintain, even accelerate, their progress. But after a season away, what will they be returning to? Will anything have changed?

Christian Pulisic, Kai Havertz, Timo Werner and Hakim Ziyech will still have youth on their side. And most significantly, their massive price-tag still hanging around their necks. Players, in the case of Havertz, Werner and Ziyech, hand-picked by Lampard. The subject of intense lobbying to Marina Granovskaia, Chelsea's managing director. If it came down to a straight choice between Ziyech or Hudson-Odoi, Lampard's mind is easy to read. And the same can be said of Havertz and Loftus-Cheek.

Last season was a respite for Chelsea's academy graduates. A break in the weather. But it's all reverting back to type this campaign. Lampard, after acing his audition, has been handed millions by Roman Abramovich and with the full backing of Chelsea's owner to spend as he sees fit. And within his system, Lampard sought to strengthen in positions where Hudson-Odoi and Loftus-Cheek had hoped to make their own.

Instead, it is Havertz who is being given his chance to find his feet. Struggling to make an impression in the first two Premier League games of his Blues career, Havertz repaid Lampard's faith on Wednesday with a hat-trick. For Loftus-Cheek, the reality is, after his battles at Brighton, no such support was shown.

Similarly for Hudson-Odoi, despite Lampard declaring him their one "absolute natural winger", he went with Werner as his wide player against Liverpool, this even with Ziyech and Pulisic ruled out with injury. And when they are fit, it will be Ziyech and Pulisic the manager will want to get miles in their legs - not his academy player.

This isn't personal, it's football. The reality of the industry. But it's something now confronting Hudson-Odoi and Loftus-Cheek. They both need regular game-time. And not just for 12 months. The buzz around the Blue Babes of last season is over. Lampard, in his very own words, doesn't want Chelsea to become an "academy club".

For Hudson-Odoi and Loftus-Cheek, the manager has warned them. It's time to be decisive. If they want to reach their potential, it's time to leave Chelsea behind for the sake of their careers.