The off-season continues to stretch out ahead of us and with the Confederations Cup over, we're facing a few weeks without any proper football to watch.

While pre-season campaigns will soon be getting under way, with plenty of prestige friendlies lined up, they are not the same as competitive league matches.

So what can you do to fill the time until the big kick-off? We've got five ideas for you here.

Your dad might complain that video games are a waste of time, but we've got weeks of time that need to be wasted so they could just be the perfect solution.

Last season's FIFA and Pro Evo titles can now be picked up pretty cheaply, although they do not take the latest transfers into account, so some of the squads will now be quite out of date.

But they can be a great way to learn more about the sport's lesser lights. Try your hand in Ligue 1, for example, and try to do a Monaco in claiming an unlikely league title from PSG's grasp.

If FIFA and Pro Evo are not your thing, have a go at Football Manager. Be warned if you have not played before, this is a game that is so addictive it might just take over your life.

It's available on your smartphone or tablet too, so you can play while on the move. The FM database is famously detailed and is even used by Premier League clubs these days, so playing the game is a great way to find out about the sport's next big thing first.

You can set up network games with your mates too, so the off-season is the perfect time to play.

Games are not for everyone, with the off-season a great time to catch up on some reading.

Why not check out The Mixer: The Story of Premier League Tactics, from Route One to False Nines, a new history of the Premier League by tactics guru Michael Cox, released to mark the 25th anniversary of the league being set up? 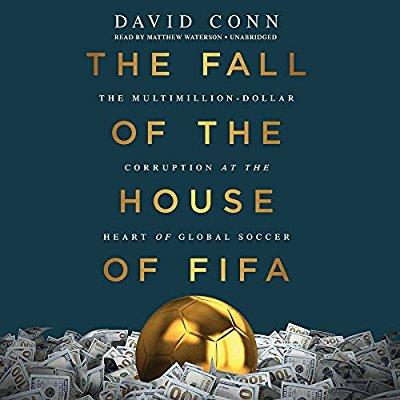 An amazing read, and quite concerning at the same time.

Other titles to pick up include David Conn's investigation The Fall of the House of FIFA, The European Game: The Secrets of European Football Success by Daniel Fieldsend and Jonathan Wilson's latest tome, Angels With Dirty Faces: The Footballing History of Argentina.

For those who want to enjoy a deep dive into Brazilian football history, Doctor Socrates: Footballer, Philosopher, Legend by Andrew Downie is recommended.

The newest issue of Wilson's Blizzard publication has Andrew Lees' quest into the life story of the great Garrincha, so that could be worth buying if it piques your interest as well.

Reading a couple of these titles could broaden your knowledge of the game for the new season.

Those of us who like to have a flutter on the football during the season might be missing the weekly accumulators and in-play opportunities offered by regular high-profile matches.

So what do to do fill the chasm? Well, loads of online casinos now offer football-related slots that can help you to get both your football fix and a chance of picking up a big win.

Obviously it is important to never gamble more than you can afford to lose, but most of the big name casinos have some great promotions for new customers so you can test them out. NoDepositFriend lists 5 that offer free spins if you want to try some out without making any financial commitment - what have you got to lose?

One of our favourites is Football Carnival, a slot from Playtech that was launched alongside the 2014 World Cup in Brazil. Jackpot on this slot is worth 3,000x your bet per payline - good luck!

We also like Football Rules, a slot connected to the Dollar Ball progressive jackpot, which has a penalty shoot-out bonus-round that is extremely fun to play.

The new season may still feel like ages away, but it is never too early to start thinking about your fantasy football team.

Will you stack your squad with new arrivals, or instead look to rely on old faces who are pretty much guaranteed to deliver a large of haul of points?

There is a wealth of reading material out there on the internet to help you to get ahead of your rivals, although make sure you keep some of your own ideas to keep your team unique.

Fantasy football games will soon be open for business but by starting your planning now you can avoid panicking and picking players you really do not want to be in your squad.

Big prizes are up for grabs on the largest fantasy football games these days so it can be well worth your while to use the off-season for plenty of research and looking ahead.

If video games, online slots and books are not for you, how about watching some football-related films to get you in the mood for the new season?

There are loads to choose from, with old classics such as Escape to Victory always worth revisiting. From the more modern era, Fever Pitch and Bend It Like Beckham are two of the best to have been released in the last 20 or so years.

You don't just have to look at fiction either, as there are plenty of football-related documentaries out there that could give you a fresh perspective on the beautiful game. 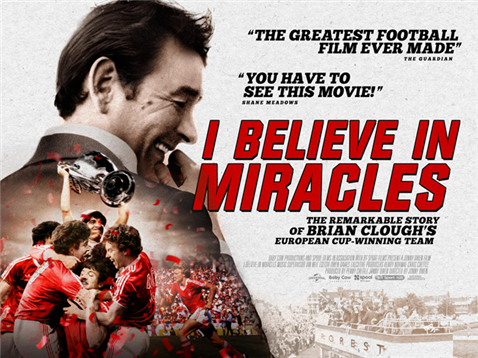 I watched this move twice!

I Believe in Miracles: charting the rise of Nottingham Forest under legendary manager Brian Clough - is one of the most enjoyable, as is Next Goal Wins, a look at an attempt to improve the fortunes of the world's whipping boys, the national football team of American Samoa.

The Class of '92: Charts the impact of former Manchester United such as Ryan Giggs, Paul Scholes and Gary Neville taking over non-league side Salford City.

For artier fare, check out Zidane: A 21st Century Portrait and, if funny films are what you like to watch, try Purely Belter, Mean Machine or There's Only One Jimmy Grimble.

Take our advice and the start of the new football season will be here before you know it!