The scenes of fist-pumping celebration that greeted the final whistle at Turf Moor on Monday night neatly captured the moment Tottenham Hotspur find themselves in under Jose Mourinho. On the one hand, it was simply relief after securing their first clean sheet of a campaign in which they have already twice dropped points with last-gasp equalisers. But on the other, it showed a united team willing to play ruthless, gritty, compact Mourinho football.

It is some departure from the days of Mauricio Pochettino, whose energetic and expansive style – all pressing and verticality – has been emphatically swept aside during the first six performances of the 2020/21 Premier League season.

And in this most remarkable of seasons, what was so recently considered out-dated might be just the tactical philosophy needed to win the title. Spurs are very much in the race now.

For the last five years the dominant tactical approach has been the German model of constant hard pressing and quick, vertical attacking lines when the ball is won back; Jurgen Klopp's gegenpressing has made high lines the norm and turnovers the most dangerous moments of a match.

This is partly because Klopp's system became the most effective way of advancing tiki-taka possession and usurping it, the furious press disrupting the rhythm of low-tempo passing and the sudden breaks cutting through the expansive shapes of the old Guardiola approach.

But the main reason for its dominance among super-clubs around Europe is that the financial disparity within the modern game has made territorial domination a necessity rather than a choice. Elite clubs are forced to hog the ball as smaller opponents retreat, meaning structured possession – with preordained attacking moves coached in training – are required to break down the defensive shell.

Pep Guardiola and Klopp have dominated the Premier League recently by playing blended versions of each other's systems, focusing predominantly on tactical variety within a framework of total possession dominance.

This is why Mourinho's approach is generally considered to be irrelevant. His desire to sit off in a compressed midblock, with minimal pressing, and counter-attacking behind as the opponent is lured forward, doesn't work if you're managing one of the elite clubs. Being forced to hold the ball limits your opportunities to counter-attack, and so Mourinho's lack of interest in coaching specific moves (instead expecting his forwards to improvise) left Manchester United, and then Spurs, looking flat. 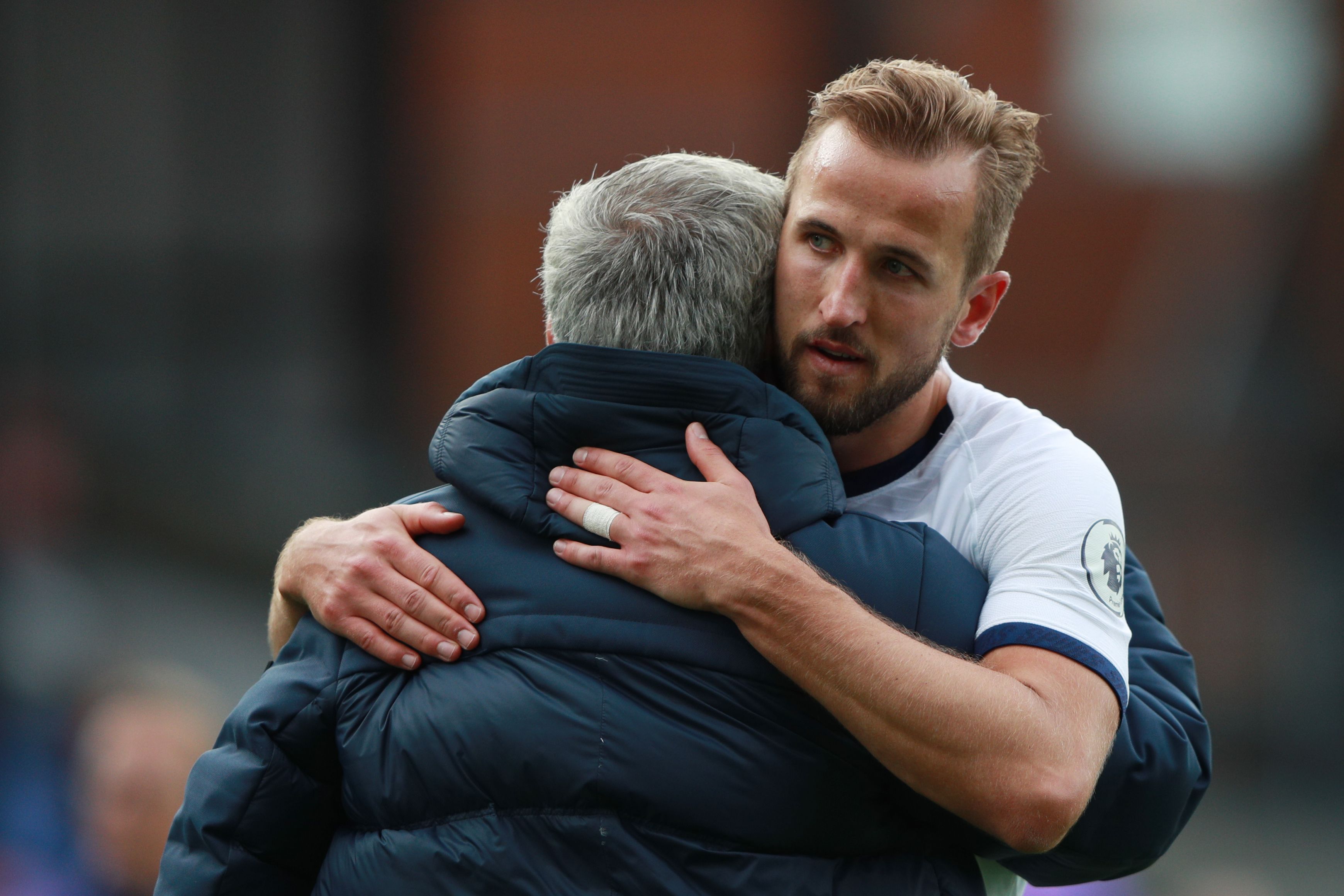 Kane is responding to Mourinho's tactics

Suddenly that narrative has shifted. Spurs are just two points off the top of the table, have scored more goals than any other team, and were extremely unlucky to drop points against Newcastle United and West Ham.

Mourinho might just be fading back into relevance as Covid-19 alters the landscape of Premier League tactics.

Games have been far too wild this season, with 5-3s and 6-2s suddenly commonplace as clubs adapt to a truncated pre-season, empty stadiums, and the psychological unease of playing through a pandemic.

Fitness is the most obvious factor, and one that will not change given how compact the schedule is between now and May, while empty stadiums appear to favour coolheaded finishing and lead to lax defending.

After a low-scoring week six, many pundits are predicting a return to normality, but with the fixture list ramping up not down, it is more likely we are currently within a small footnote of caution - and those absurd score lines will soon return.

WHY MOURINHO'S SYSTEM BACK IN FASHION

That puts Mourinho's tactics front and centre. The era of ultra-high lines and ultra-hard pressing has perhaps reached its first major blockade, and the division is ready to bounce back towards the safer, more pragmatic approach of the Tottenham manager.

If the new normal makes games wild and uncontrollable, then all of a sudden the man who seeks control through anti-possession - through a solid defensive setup and piercing counters aimed at catching out a high defensive line – is king.

What's more, the erratic nature of the 2020/21 season means winning the title might only require around 86 points, the Premier League average prior to 2017, from which point every champion has racked up 90 plus.

Mourinho's football is very effective at getting in the mid-80s, winning 81 points with Man Utd in 2017/18 despite never chasing the crown, and therefore lacking genuine motivation to improve results.

His Spurs team is notably better than that United squad. Harry Kane and Son Heung-Min have formed a record-breaking strike partnership for which Mourinho deserves credit, having instructed the Tottenham captain to play deeper and look for runners in behind.

Elsewhere, Tanguy Ndombele has finally stepped up and looks the real deal in central midfield, topping the Premier League charts for second assists with three so far, and Pierre-Emile Hojbjerg has instantly become the Matic-like figure Mourinho needs at the base of his midfield.

There are still some worrying flaws, of course, notably in their propensity to concede late goals thanks to momentary lapses in central defence. Eric Dier alongside Toby Alderweireld is technically their best partnership, but it lacks athleticism – and it shows.

But with Gareth Bale still to be integrated, Mourinho appears to have significant depth in the squad, and arguably fewer weak spots in his system than either Liverpool or Manchester City. Klopp's side must navigate an entire campaign without Virgil van Dijk, which could seriously undermine their title defence, while Man City just cannot get things to click under Guardiola as they once could.

The planets are aligning, then, for Tottenham to make a serious challenge for the Premier League crown. It would be quite the twist should Mourinho, written off as tactically irrelevant, make a dramatic comeback because a pandemic has recalibrated English football. But it really could happen.