COMMENT: It's been 12 years since Tottenham great Glenn Hoddle launched his Academy in Jerez, yet the influence of such an innovative concept is still being felt today - even up the road at Arsenal...

Hoddle's idea was to offer a new launching pad for players who had slipped through the cracks of English football's pyramid. Released in their late teens, or early twenties, they were talented enough. The potential was there. But for whatever reason: connections, reputation, injury... these players found themselves without a club and without the chance to even get their foot in the door and fight their way back. And that's where the Hoddle Academy came in.

Of course, it's success is well storied: Ikechi Anya, Jordan Hugill, Michael Noone and Sam Clucas would all graduate and go onto become Premier League players, while countless others made the most of the second chance granted by Hoddle to forge successful pro careers for themselves, living out their life's dream and work.

And what we're seeing at Arsenal this summer is something similar. The Gunners, under sporting director Edu and academy boss Per Mertesacker, taking a new, innovative approach to recruitment.

They've ripped up the playbook. A book that says you don't take on another club's cast-offs. Or even worse (or is that better?), you don't hand deals to players rejected by clubs two, three, even four tiers below you.

But this is exactly what Arsenal have done this summer. George Lewis was the first. A player who had bounced around Norway's lower leagues, the winger was a free agent when handed a trial at the start of the year. Two days in and Arsenal's coaching staff had seen enough - he was offered a contract on the spot.

For many, including this column, we thought this might be a one-off. Lewis had never tasted top-flight football in Norway. But at 20 and with decent pace and a trick or two, you could see him acing his one shot at the big time. But Lewis was just the start.

Tim Akinola was next. A reject from Huddersfield Town, Akinola was offered terms by Arsenal sight unseen. The 19 year-old midfielder convincing Mertesacker and co via his playing stats. Like Lewis, Akinola is no youth teamer. But Arsenal had seen something in him that was worth taking a calculated risk on.

As can be said of Jonathan Dinzeyi, who had been with Tottenham his entire career until this summer. Cut loose by Spurs, the centre-half was actually passed over a year ago by QPR after trials. But again, Arsenal have seen something in the 20 year-old they can work with. 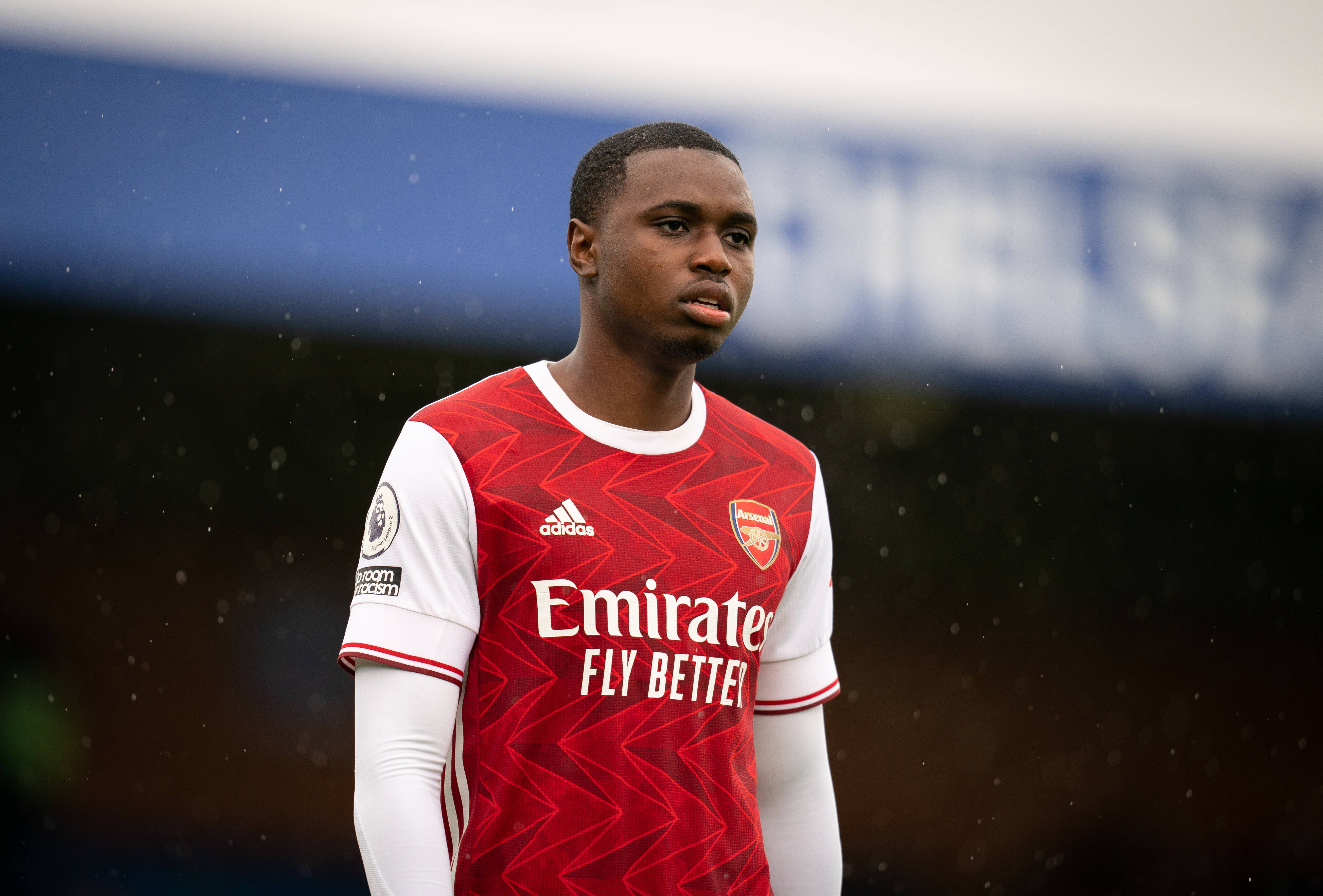 Jonathan Dinzeyi on his Arsenal U23 debut

Something that can also be leveled at their latest signing - Omar Rekik. A deal couldn't be closed before Monday's deadline fell, but an agreement exists for the Hertha Berlin centre-half to join in January. He'll be 19 by then and at £900,000, he's no free agent. But again he's also not one to go straight into Mikel Arteta's first team squad. Instead, Rekik is another to join the club's development group.

This is a conscious, calculated shift by Mertesacker and Edu. A project put together just months into Edu's return to the club as sporting director. Those trials involving Lewis over the New Year were no one-off. Indeed, before the UK lockdown, London Colney had hosted a series of test periods featuring players between 16 and 21 invited from across Europe - and even beyond. It was largely hush-hush, though some participants eventually broke ranks and discussed their dream chance with local scribes. It is happening and is sure to pick up again once the threat of new lockdown restrictions are finally put to bed.

In the meantime, Lewis, Akinola and Dinzeyi are now establishing themselves in Steve Bould's U23 team. All three started their last Premier League 2 game - a 3-0 defeat at Chelsea. Bould hasn't been holding any of them back. Indeed, the trio have all been starters, with the Chelsea game marking a debut for Dinzeyi.

Inside London Colney, there's an understanding that all three players are a long shot in terms of becoming a first team regular. The same goes for deadline day arrival Joel Ideho, from Ajax, while there is some buzz around another Dutch teen, Salah Oulad M'Hand, who at 17 is also seeing action for Bould's U23s. Both youngsters arrived as free agents.

But under Edu and Mertesacker, Arsenal's transfer policy at U23 level is no longer about targeting players for the first team. At least, not for Arsenal's first team. Getting young players into the Hale Academy system. Giving them the opportunity to work with the club's coaching staff. There's every chance the potential of these players can be realised. It may not be enough to warrant promotion to Arteta's senior squad, but it could be enough to bring in a sizeable transfer fee from an interested rival. A fee that can help the Academy pay it's own way.

By giving these cast-offs their second chance, Edu and Mertesacker have seen an opening - an opportunity - to exploit. For a club the size and reputation of Arsenal, it might be cynical, but this is also Stan Kroenke's Arsenal, and the need to be creative when it comes to funding runs right through all levels.

It was what Hoddle and his staff struggled to overcome in Jerez. The proof of their work was in the success of their graduates. But with no contracts or fees involved when placing players back into the system, funding the academy became an issue.

Of course at Arsenal, no such headaches loom. Lewis, Akinola and co can be under contract. They can develop under Mertesacker's coaching staff. And eventually either make it as a first teamer or be sold on for a sizeable fee. It's the Hoddle approach - without the financial headache.

And it will continue. Lewis was the first. Others have arrived. And even more will soon follow. Hoddle's innovation all those years ago is now finding a place at Arsenal.