Haaland, Raiola & that Spain jaunt: Why Man Utd must swerve this circus

COMMENT: Is this what they want to be inviting into the club? For all the talent and potential. Do Ole Gunnar Solskjaer and Ed Woodwardreally see any type of benefit from accepting this sort of baggage...?

Erling Haaland and Manchester United... can this actually work? Better yet, because this is what Ole and Woodward will be dealing with should they join the scramble... Erling, Mino Raiola, Dad Alf-Inge and a weekly round of pestering from the press. In other words, baggage, mountains and mountains of baggage. Is the manager and the vice-chairman really prepared to take this all on?

This column has made clear where we stand regarding the prospect of Solskjaer trying again for Haaland. The past argument was an easy one to put up: the player had already turned down his old Molde coach once; he was on track to becoming a real club hopper; and there was also the United manager's bitter relationship with the striker's agent, Raiola. There's talent and potential in Haaland, no doubt, but inviting in and enduring another Paul Pogba saga just wasn't worth the effort.

But events of the past week really should shut down anyone arguing inside the four walls of Carrington that taking on Haaland is worth the drama.

It's a disgrace. There's no other way to describe it. Raiola, Alf-Inge and their very public vanity tour. Almost three months out from the end of the season. With Borussia Dortmund entering the business end of the campaign. Now the pair of 'em - with Haaland's approval - decide it's the ideal time for a meet and greet with suitors. Not by phone. Not by video conference. But it just had to be face-to-face. In the morning for Barcelona. The afternoon for Real Madrid. Snaps from local media aplenty - of course, they were just at those airports by chance. Everyone knows now Haaland's plans. The board at BVB. The coaching staff. His teammates. And those Dortmund fans. There's no more wishful thinking now. Their No9, for all those words of commitment to Die Schwarzgelben. Well that's all hollow. Haaland wants out. And for the club, he'll do it in as humiliating a way as possible.

There's no respect here. It's bloody Champions League week. Yet, you can just imagine what Edin Terzic will be pushed about in the pressers leading up to Tuesday night's trip to Manchester City. Yes, City. Another one of those suitors of Haaland's. Pep Guardiola was already batting away questions about the Norwegian before victory over Leicester City. Haaland's commitment isn't his problem. But it is Terzic's. It his teammates'. And it's going to dominate everything ahead of the Etihad clash. Remind you of anyone, United fans...? 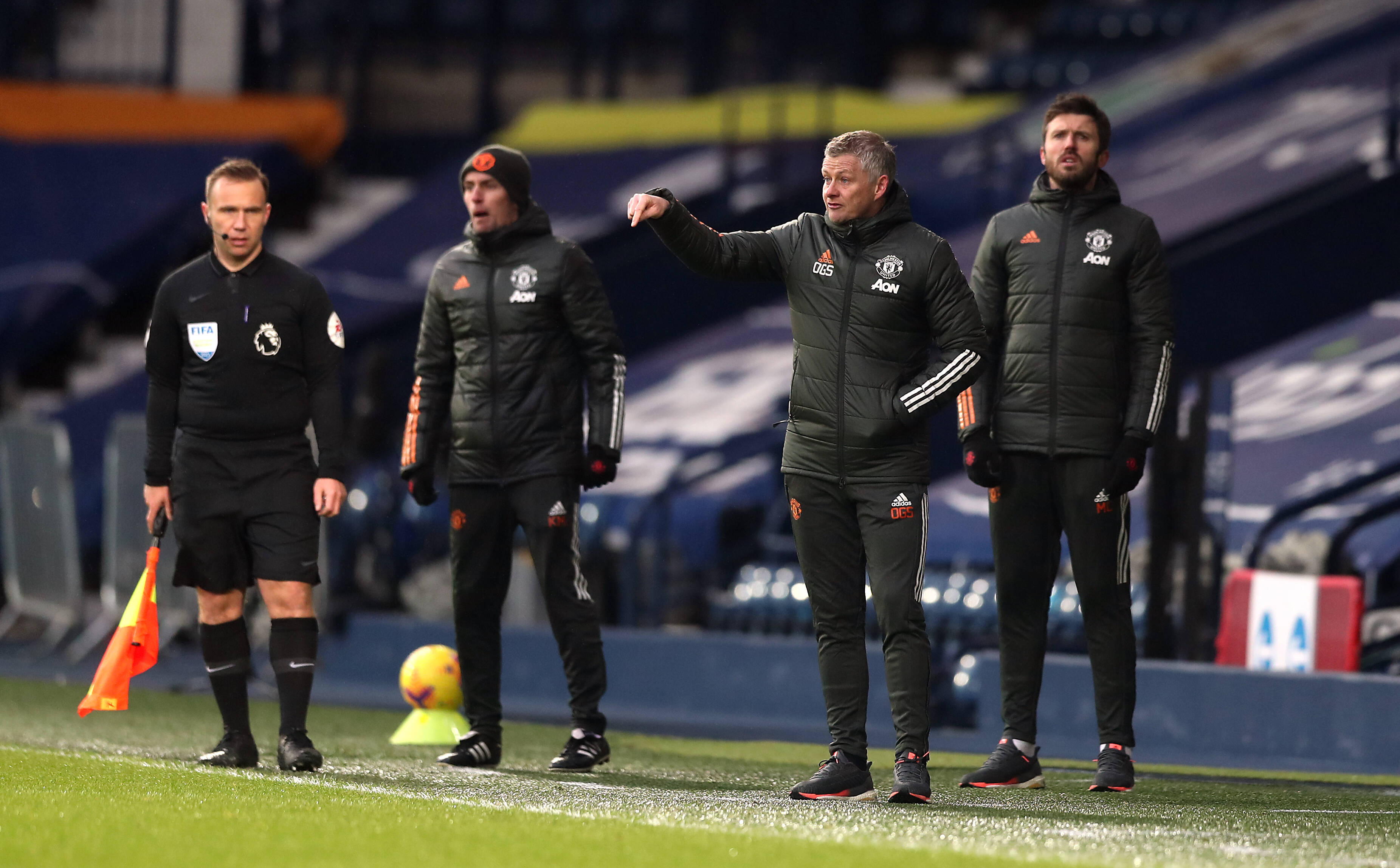 Can Solskjaer and his support team find their ideal No9 this summer?

Did they think about this? Raiola and Alf-Inge? Do they even care? Does Haaland care? It'd be radical, but Michael Zorc and Hans-Joachim Watzke, the club's two main powerbrokers, could do worse than demand Haaland sit alongside Terzic on Monday for the UEFA presser. Tell BVB's media chief to stand back. And let the media have at it. Have Haaland come clean about his plans. His commitment to the club and it's famous, passionate support. And explain why Dad and Raiola so publicly were meeting with Real Madrid and Barcelona execs last week. Better him than Terzic and the poor sod nominated from the dressing room as the player interview.

As we've said, Haaland's a talent. Potentially a great one. Though as an aside, this column must point out, it's all been an upward trajectory for the 20 year-old. Talk of Ballon d'Ors and world domination should wait until we've seen how he handles the inevitable goalscoring and form slump. Does he and those around him have the tools to snap the slide when it surely arrives?

But that's for Haaland and his career. For United. For the stage this club and this team are in. It makes little sense for them to take on the Haaland circus. Yes, potentially they'll be ignoring one of the great young talents currently in the game. But they've survived missing out on such strikers in the past and it did the club no harm.

Not once, but twice, Alan Shearer turned down Sir Alex Ferguson and Manchester United. The first time it saw Shearer and Blackburn Rovers pip Fergie to a league title. But the Geordie's snub eventually led to Eric Cantona and the making of a modern day legend and an era never seen before nor after in English football. This Solskjaer reign shouldn't hinge on a reunion with his old Molde protégé.

Of course, Harry Kane, of Tottenham, has been mentioned as an alternative. Fiorentina's tough, grounded Croatian centre-forward Dusan Vlahovic is another who's been watched; the youngster coming to the attention of United chiefs as scouts were posted to track his defensive teammate Nikola Milenkovic. And homework has been done, including pumping United's England players for information and their opinion on Tammy Abraham, Chelsea's homespun striker. There are other options out there. And United are working to a shortlist. Even PSG's Kylian Mbappe cannot be written off. As Solskjaer stated - promisingly - just last week, it could well be that this time United have used Raiola as a smokescreen to land the manager's prime No9 target. After all, it wasn't until after the fact that we learned of his trip to Germany to speak with then RB Leipzig striker Timo Werner before his commitment to Chelsea. For this column, you hope there's some genuine truth to Solskjaer's comments on Friday.

“With the way the world works, at the moment, you'd like to do all our business, of course, on the quiet and all your talks on the quiet," said the United manager. But there are platforms everywhere, there's news and the media now makes it more and more difficult. Who can you trust?

“Hopefully, I'll sit here with players nobody has written about and thought we were not going to go to. We conduct our recruitment business and scouting the players we are interested in, we do it the right way, I hope and feel."

Doing it the right way. The United Way. That can't be in sync with the methods of Raiola and the Haalands this past week. For the sake of the club and this young team, Solskjaer and Woodward should leave such baggage for someone else to pick up.