COMMENT: If it doesn't happen, you can't blame Chelsea. Nor Roman Abramovich. Nor even Borussia Dortmund. If Erling Haaland does remain in the Yellow-and-Black this season, it won't be for the want of trying...

For the moment, no offer has been fielded. Indeed, no formal contact has been established. But in business terms, it makes little sense. If Abramovich does release €175m for Chelsea to put in front of Dortmund's board, turning such an offer down would be madness. Particularly knowing they'll lose Haaland for less than half in a year's time.

€75m is the price written into Haaland's contract, which still has three years to run. A fee that cannot be triggered by any interested club until next summer. But still a fee that is within the range of any of the major teams on the planet. Essentially, if Abramovich carries through on his plans, BVB can make an extra €100m selling this year instead of waiting to lose the just turned 21 year-old in 12 months' time.

And when you consider how reliant Dortmund's plans this season were on Champions League qualification, the decision of whether to accept or reject has just about been made for them. It was only in May when directors were publicly admitting a firesale would be forced if they missed the top four. It wasn't just Jadon Sancho who would need to go, it was basically take your pick; indeed, nine senior players had been earmarked for sale. Gio Reyna, Axel Witsel and Raphael Guerreiro were all set to become available as the club were facing a €75m hole if Champions League football wasn't secured. The idea that BVB would risk themselves getting in such a position again is a stretch.

Whether by fault or design, Chelsea made their first public overture to Haaland this week. Thomas Tuchel, the former Dortmund coach, has kept his own counsel on the prospect of Haaland leading his attack this season. Though behind the scenes, he hasn't been shy in championing the centre-forward's signing.

Instead, it was left to countryman Tore Andre Flo to offer an official opinion. The former Norway striker is now part of the management team at Chelsea and he didn't hold back when quizzed about Haaland this week. Rather than offer a dry, standard response, Flo was enthusiastic about the prospect of seeing Haaland in the Premier League and adapting quickly to it's demands.

"I don't think he would have much problem adapting to English football," Flo declared.

“The culture over in England is quite similar and the way of living for someone coming from Norway would be quite easy, or at least it was for me. We all already speak the language quite well, so there should be no problem there."

He would go on, without naming Chelsea, describing Haaland "a good fit" and an "exceptional" player. Flo didn't outright declare Haaland a discussed target inside Cobham HQ, but he came mighty close. And things are now accelerating with the player returning for preseason training this week. 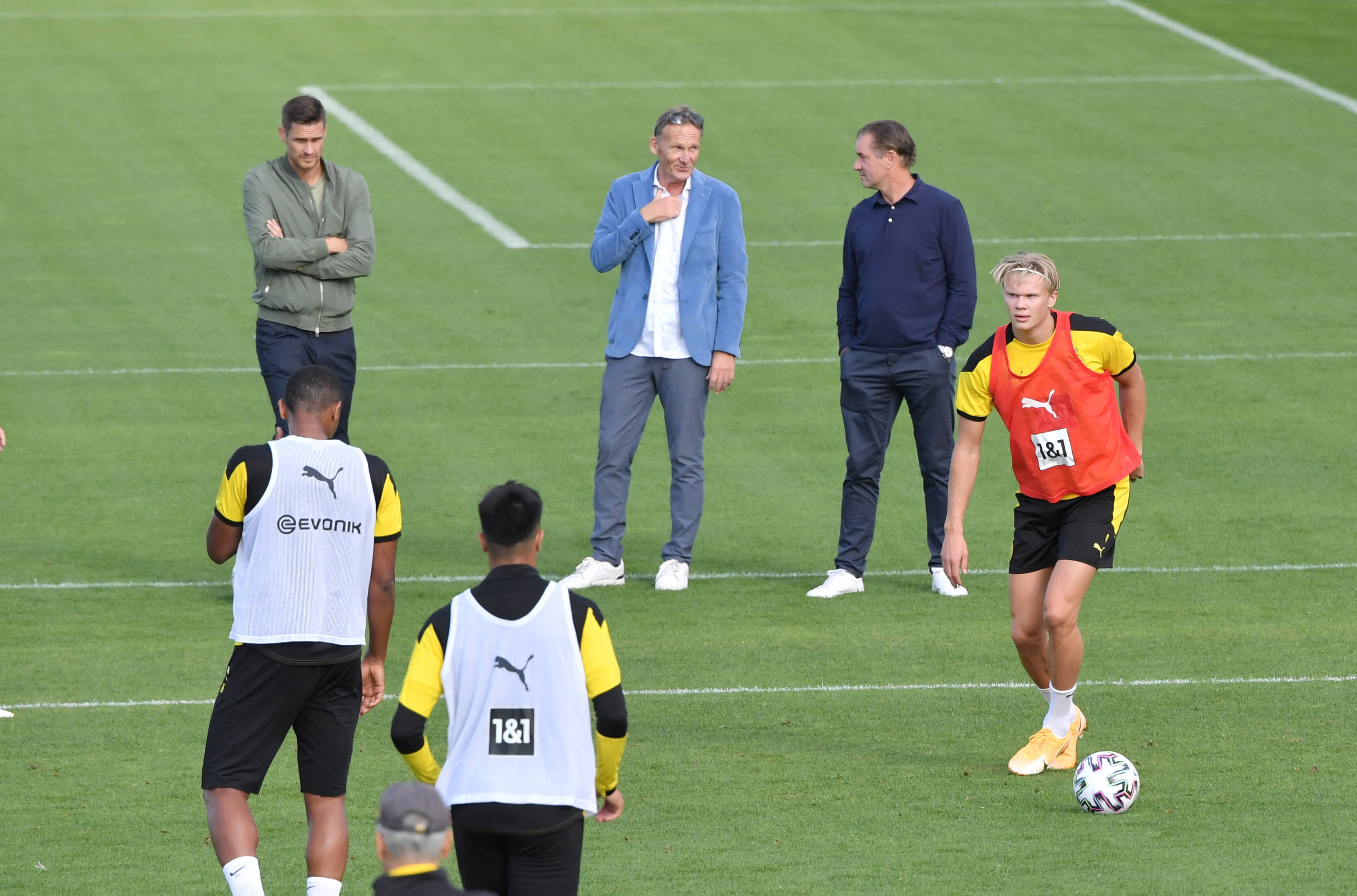 But whether Dortmund are now ready to come to the table is another matter. Marco Rose, the newly-appointed head coach, has stated he is planning for the new season with Haaland, "he's a central component to our squad". And the soundings from the board to local sources is that their star man "will definitely not" be leaving this summer.

But sacrificing €100m for a player who will be counting down the days before he leaves next summer is a call that makes little sense. And the BVB board can't accuse Chelsea of dirty tricks.

There's no sign of the Blues putting the squeeze on Dortmund and running down the clock. If the bid is to be made, it'll be done with plenty of time left in the window for Dortmund to identify and sign a replacement.

There's no roll of the dice with this one. No gamble. It's a straight financial decision. Does Dortmund give up €100m for the sake of another 12 months of football from Haaland?

But that's not to say it's a done deal if Chelsea make this €175m offer. Even if Dortmund are willing to accept. Even if Haaland is happy to go. There's still a big, big problem that all parties will need to overcome if the signing is to go through...

The latest from Germany is there's an expectation that Mino Raiola, Haaland's key agent, will demand €40m as a commission from this move. In other words, even as big a fee that Abramovich is willing to pay, Raiola wants well over 20 per cent of that to make the move happen.

Whether that will be absorbed by Dortmund or become an add-on for Abramovich to pay will be a matter for the two clubs to negotiate. Or, it could simply be a deal killer. Such a commission, as outrageous as it is, could be explained away in terms of a Bosman deal. But for a transfer of this size, it's a struggle to see either club being satisfied paying Raiola's cut. Indeed, it could be argued that it's in the agent's interests to wait a year and bounce off the scramble amongst clubs to secure the best commission.

Again, this will be at the disadvantage of Dortmund. But this is also what they signed up for when taking on the Haaland camp 18 months ago. Chelsea. Abramovich. And this €175m offer. No-one inside Dortmund could accuse the Blues of being the ones not playing fair.

If Erling Haaland does remain in the Yellow-and-Black this season, for Chelsea at least, it won't be for the want of trying...