Great for neutrals: Why Arsenal directors publicly back 'learning-on-the-run' Arteta

COMMENT: The message was clear. And in corporate terms, it was written in blood. Mikel Arteta is not under threat. No matter the stumbles. The doubts from outside. He isArsenal's man...

And putting their names to that message were both chief exec Vinai Venkatesham and football director Edu. Essentially tying their reputations - even their jobs - to the manager and his ability to get himself and the club out of this slump.

Wednesday night was a start. Coming from behind, albeit at home, to earn a score draw - and against a very impressive Southampton team no less. Arsenal's equaliser coming from their drought-stricken captain. Though the lead up to Pierre-Emerick Aubameyang's equaliser was just as significant: a mazy, powerful run from Bukayo Saka and then a look away flick from Eddie Nketiah to play in his strike-partner. A goal made in the academy and finished off by a captain desperately short on confidence. Arteta couldn't have planned it any better if he'd tried.

On paper. On history. It'd be two points dropped. But football isn't played on paper and this result - and the manner with which it came - will lift a spiraling dressing room. The reaction has been muted, deliberately so, but it wasn't just Arteta who was happy with management's show of support this week. The vast majority of the squad were also pleased. This could be one occasion where the dreaded vote of confidence has actually had the desired effect.

Venkatesham kicked it off, detailing why Arteta was the right man in charge. Amid reports of record losing runs and historic worst home form, the chief exec came out fighting for his manager.

"With Mikel we have got a number of things," Venkatesham declared. "You've got an individual who has extraordinary experience in the Premier League.

"You have got a guy that loves this club and understands what it means to play for this club.

"You've got a guy who is absolutely driven to succeed and be successful on the pitch, but doing it in a way that respects our history and traditions... a really, really powerful individual."

Effectively, Venkatesham was simply repeating how he and Edu had pitched the Basque to Arsenal's board after it was decided to remove Unai Emery. And two days later, it was Edu's turn in the media - and again to talk up Arteta.

“Everything here is right and if you see the way we're going, I can see a big, big, big and beautiful future," declared the Brazilian before reaffirming the spirit in which Venkatesham's comments had been made.

“This club needs stability. Since we arrived it's been changing and changing and now it's time to try to be a stable club again in the old sense." 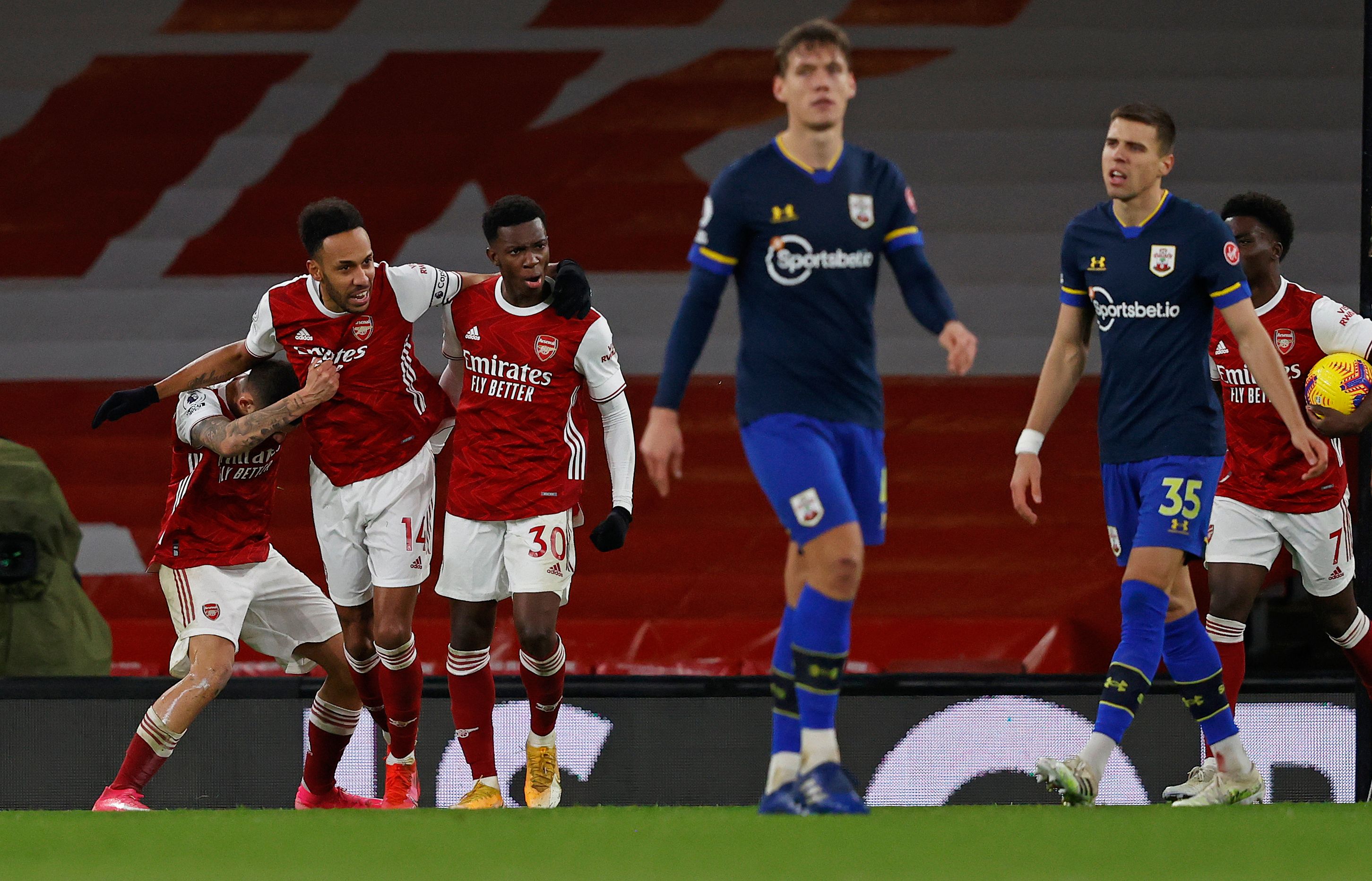 Stability. Long-term planning. Mid- and long-term goals. It won't stop the ex-players wailing. It won't end the crisis claiming headlines. But it will give Arteta the room to learn and develop as a manager - without the pressure of fearing every decision he makes - big or small - could end with the sack.

And this is exactly what Arteta needs. Indeed, it must be recognised by everyone connected to Arsenal, that this is what they signed up for.

What we're witnessing is a young manager's growing pains. But instead of Arteta learning at a smaller club, on a lesser stage, he's having to work through it all where the spotlight is as bright as any in the industry.

In an ideal world, Arteta would've experienced this first slump with a more modest team. Perhaps outside the Premier League. Away from the media pressure and supporters' demands, he'd work a way through it and now be able to call on that experience to help him with this current situation. He would've learned how to deal with unhappy players. Nagging agents. And the odd ex-player wanting his input to be validated. And the apprenticeship would be experienced away from the media gaze - after all, coverage outside the Prem this year has fallen off a cliff.

But instead, he's having to learn on the run. For Arteta, he's already reached the pinnacle of his field. Ole Gunnar Solskjaer had his years at Molde and Cardiff City. Frank Lampard had his season at Derby County. They had a grounding, a chance for trial and error, before taking their dream jobs at Manchester United and Chelsea respectively.

Arteta has had none of that. He was the players' best friend at Manchester City. An agony aunt for those unhappy with Pep Guardiola. But now he's having to make those difficult decisions himself.

And beyond the politicking of the dressing room, Arteta is also having to find a way to snap the first form slump of his burgeoning career. He knew it would happen. Even after lifting the FA Cup. No-one escapes a slide - not in this game. It's how you work your team through the inevitable wobble which makes or breaks a manager.

For the neutral, watching Arteta at work; how he handles the spotfires around him; how he's trying to find a way through the decline; it's fascinating. All the more so, as we know, at least for this column, that Arteta has everything to emerge as a major influence in the game for years to come.

It's why Arsenal went for him - at second attempt - last season. And it's why Venkatesham and Edu came out fighting for him earlier this week.

This Arteta era - at this stage in it's history - is going to be a process. A process of experience and - hopefully - growth. But Venkatesham and Edu have shown this week they knew what they were signing up for. No matter the doubts, for ArsenalMikel Arteta is their man.