COMMENT: Graham Potter and Chelsea. If only the new manager had a prominent middle name. It'd make the connection nigh on perfect...

AVB, anyone? AVB? Sure, Potter has a good 14 years on Andre Villas-Boas. And the Portuguese did arrive boasting a far more successful record than the current Blues manager. But for this level. For Chelsea's level. In terms of experience, the similarities are obvious.

And when we say experience, we mean Chelsea level experience. The media scrutiny. The player politics. It's all unique to this London club. The pressure. The demands. Everything that sucked AVB in and spat him out in less than nine months is now awaiting Potter. Only it gets worse for Brighton's former manager.

AVB never had the board interference that Potter is now facing. We've now had revelations that Todd Boehly, the club's maverick co-owner, wanted to talk formations (a "4-4-3" no less) with Thomas Tuchel. Argued that Edouard Mendy should be withdrawn from the frontline. And scoffed at his former manager's claims that having Wesley Fofana undergo his medical in New York would only put back his integration... those problems, that interference, well they're now Potter's.

But this can cut both ways. As Potter - and his lack of experience - will be a problem for Chelsea. He's learning on the run. And for a team... better yet, a club... in such a transition, there's sure to be more troughs than peaks this season.

As we say, everything is new for Potter. By his own admission, Wednesday night against RB Salzburg was a first in terms of Champions League experience. Not as a manager nor a guest, nor even a fan, had Potter taken in a Champions League game before. It does smack of the level he has been working at, that over his time in the game, Potter never had need to attend a Champions League match. Not to check on a potential signing. Nor run his eye over a future opponent. It never came up. Indeed, it's puzzling, for all the 'coaching super brain' claims we've had since his appointment, that Potter, even out of professional curiousity - or indeed preparation - never thought of attending a Champions League fixture.

"Wherever we would start it would be a heck of an introduction, wherever we start it's going to be brilliant, so why not start here?" shrugged Potter on the eve of the Salzburg clash. 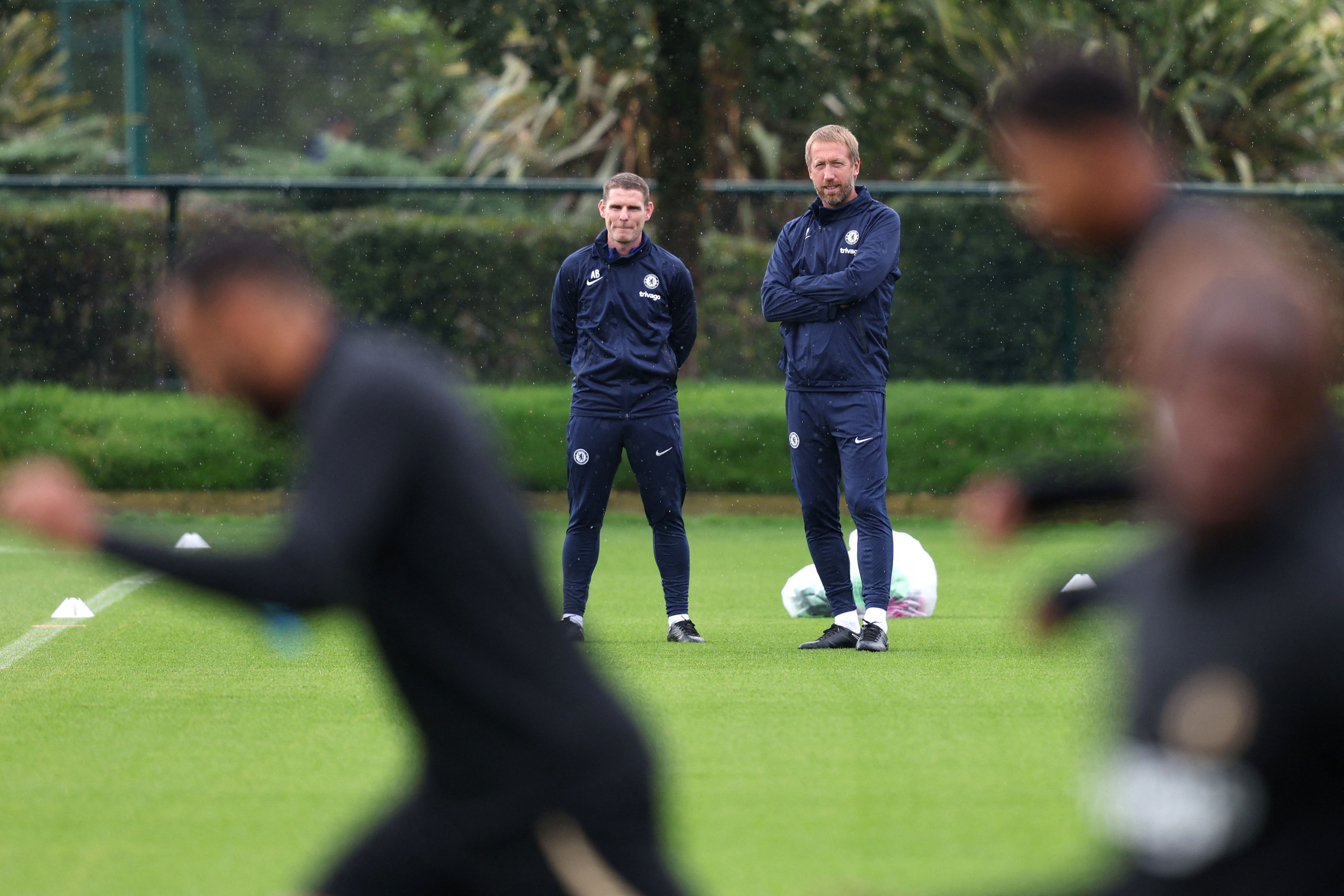 So now he's there. In at the deep end. As are his staff. Which again, like the manager, are working blind. Not as coaches. Nor even as players. None of them have ever found themselves at the level of Chelsea. The presence and experience of Antonio Conte and Jose Mourinho was obvious. But even Maurizio Sarri recognised his shortcomings and insisted on Gianfranco Zola's return for their one season together. How Thiago Silva or Pierre-Emerick Aubameyang will relate to Billy Reid and Bruno Saltor is anyone's guess.

And you just wonder what the likes of Raheem Sterling are thinking. They've put on a brave face. We've had the claims of tension between the playing group and Tuchel. That the players will be happier with the 'qualified' man-management skill of Potter. But the question is: can what worked at Brighton translate to Chelsea?

And it'd be difficult enough if Potter was taking this job on in normal circumstances. But he's not. Chelsea have lost three of a back four, in Toni Rudiger, Marcos Alonso and Andreas Christensen. Two strikers in Romelu Lukaku and Timo Werner. But even more importantly, they've seen a front office clearout. Petr Cech, the link between the training pitch and the board is now gone. As is the familiar face of Marina Granovskaia, the former managing director. The place has been gutted - both on the pitch and off it. And in it's place, we have a billionaire playing fantasy calcio and a manager who's only experience of the Champions League was on his Wednesday night debut. Penny for them, Raheem...?

Boehly airing his thoughts on Allstar games and relegation tournaments didn't deserve the backlash he's now copping. It was simply the sort of big idea suggestions people like Boehly will float to see what sticks. Though, for this column, there was an obvious undercurrent in the response. The furious reaction being more cumulative over how the American has handled his first months with Chelsea, than any one-off NFL-style proposal.

Boehly has been a one man wrecking crew. Managing the club he inherited from Roman Abramovich, particularly in this first season, only needed a light touch. Instead, he has dismantled so much - unnecessarily - that was in place for him and his new board to build upon.

Does it end with Potter - or will it continue? For the new manager's sake. For the players' sake. You do hope Boehly will pull back. For at the moment, it's the stuff of the blind leading the blind.

As AVB discovered all those years ago - and just as Potter will experience now - the demands at Chelsea are unique. If he can better Villas-Boas and get beyond March, with the fans and his squad satisfied, Potter will have done well.