After successfully defending their Premier League crown, Manchester City will be looking to join Arsenal, Huddersfield Town, Liverpool, and Manchester United as the only teams to win three consecutive English top-flight titles.

To achieve this objective, Pep Guardiola has recruited Norwegian goal-scoring machine, Erling Haaland and Kalvin Phillips from Leeds United, whilst Marc Cucurella from Brighton and Hove Albion remains a target.

Additionally, It is common knowledge that Manchester City loves a squad with bottomless depth.

And with multiple departures expected at the club this summer, Guardiola would look to other players, especially those returning from loans, to bolster the squad and fill vacant positions.

Here are three loan returnees that could thrive in Pep's relentless City side this season;

Signed from River Plate in January 2022, Julian Alvarez is yet to make an appearance for Manchester City as he was immediately loaned back to River Plate until the end of the season.

At River Plate, the Argentine attacker showed his prowess in the box, scoring 47 goals in just over 100 appearances for the club. He earned his first national team call-up last summer for the country's World Cup qualifying matches and became part of the Copa America winning squad later that summer.

Alvarez's ability to play both as a striker and winger could see him get plenty of chances in Guardiola's team this season, especially with Gabriel Jesus' and Raheem Sterling's departures. The club has also expressed its desire to keep the player this summer despite reported interest from multiple clubs hoping to get him on loan.

The 22-year-old's playing style also suits the club perfectly as he can dribble in tight spaces and find a teammate with a well-picked pass. Manchester City fans can also be excited about the prospects of his partnership with Erling Haaland and the potential goal-fest it could produce for them this season. 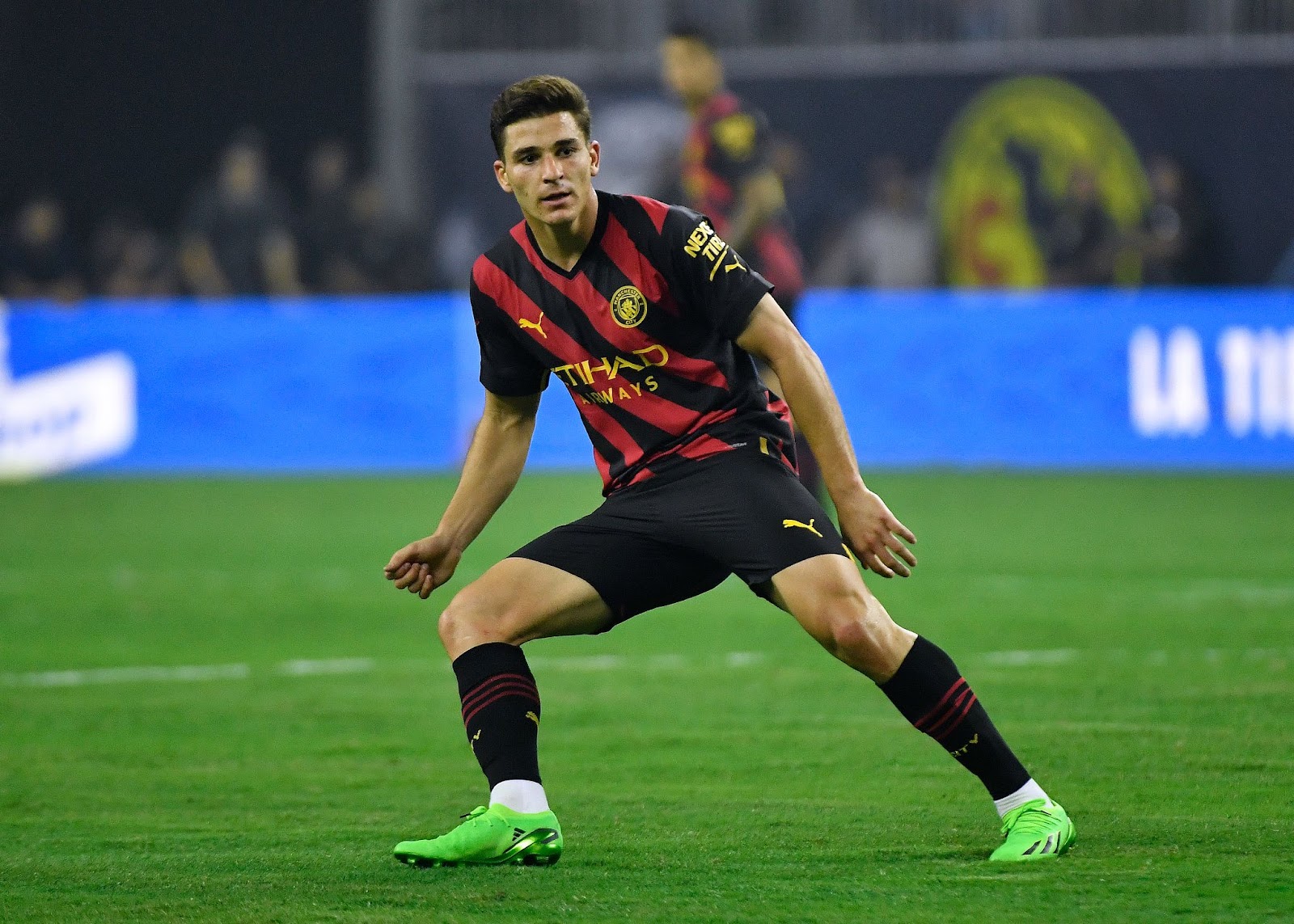 Since signing for the Manchester City under 23s in January 2017, Yangel Herrera has yet to make a single senior appearance for the club. But with loads of departures expected this summer, that could all change.

The Venezuelan midfielder has spent five years on loan at other clubs. He spent the first two years at New York City FC, where he made 38 appearances. He then spent the following two and a half years at La Liga sides Huesca and Granada.

After four and a half years of uninspiring loan spells, the Venezuelan International found some consistency last season with Espanyol. He made 23 La Liga appearances for them, producing one goal and an assist.

Yangel Herrera could be a wildcard in Guardiola's squad next season, especially if Barcelona land reported summer target Bernardo Silva. The midfielder's ability to play in defensive midfield, central midfield, and attacking midfield is invaluable. His box-to-box abilities would add a different element to City's already potent playing style.

Herrera could become a mainstay at the Etihad with some disciplinary training. 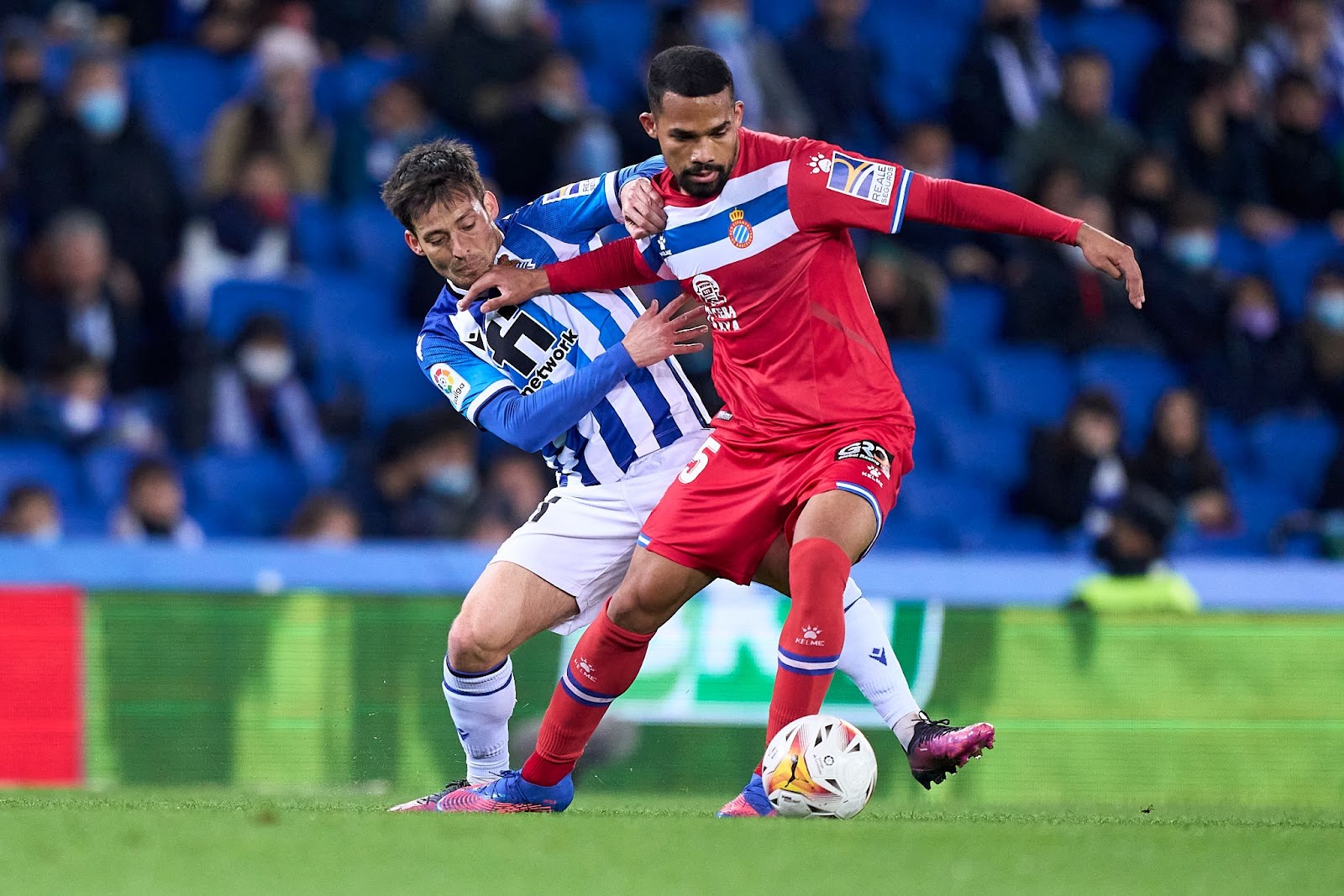 A native of Argenteuil in Paris, Claudio Gomes began playing football in his hometown for club sides ASC Val d'Argenteuil and RFC Argenteuil.

His football development continued at Evreux in Normandy before he joined Paris Saint Germain at the age of 13.

At Paris Saint Germain, Gomes only made one appearance for the reserve team before being poached by Manchester City in 2018.

Once he signed for Manchester City, the Frenchman joined their pre-season tour and even made a substitute appearance in their FA Community Shield win over Chelsea. He made another appearance for them in an EFL Cup match before getting a loan move to PSV Eindhoven the following season.

Pep Guardiola retained the defensive midfielder in his squad after his loan move. He was a constant feature in City's under-23 side and made a senior appearance in an FA Cup win over Swansea in February 2021.

Last season, Claudio Gomes played regular first-team football with Barnsley in the Championship. He made 31 appearances scoring once and assisting once.

The 21-year-old has been compared to N'Golo Kante by a slew of City fans and pundits alike, as he possesses a high ball recovery rate and relentless tenacity.

Add to that his strength, agility, and excellent passing range, and you'll understand why he is a perfect fit for Pep's team this season, especially after the departure of Fernandinho. 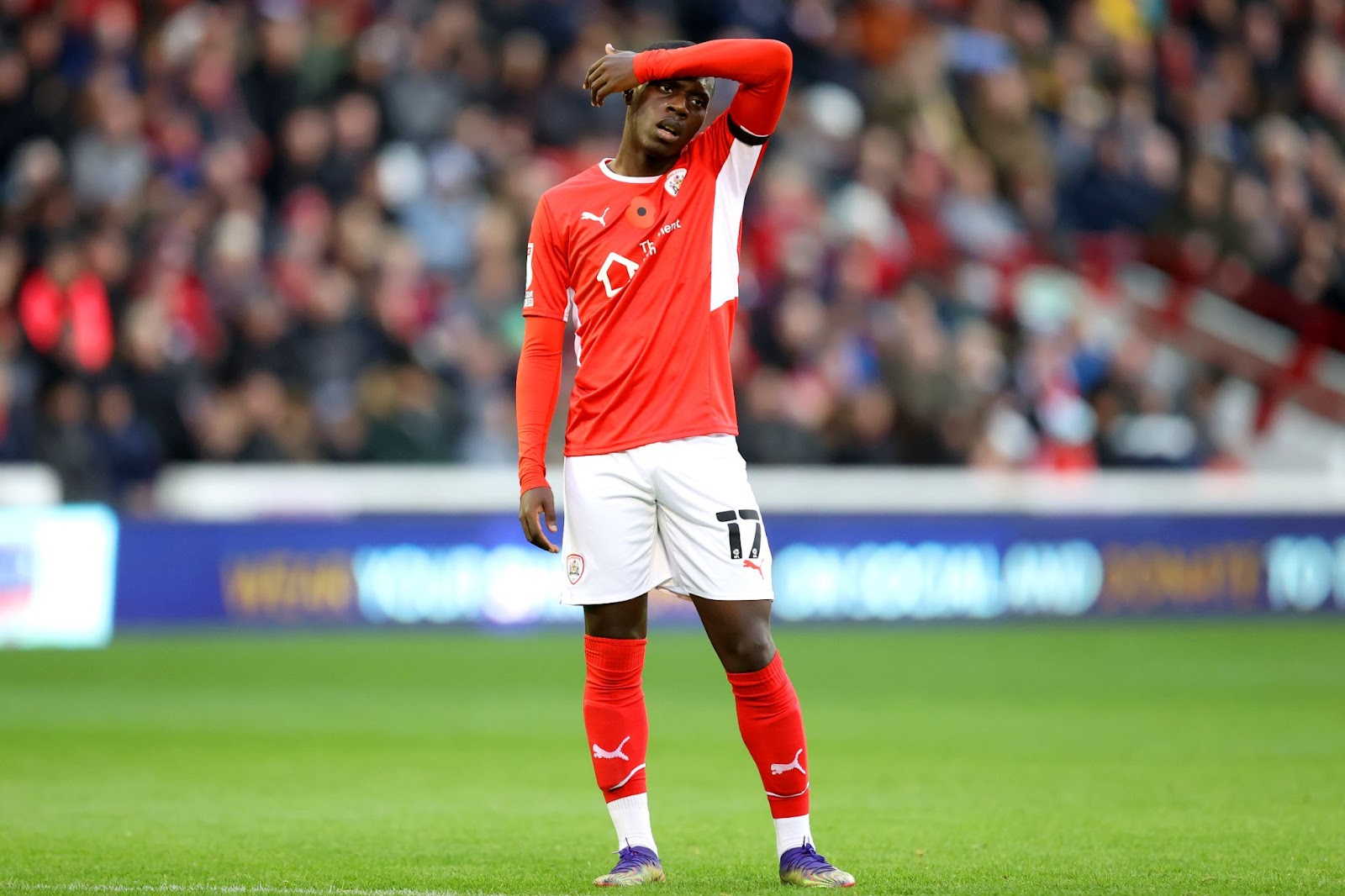