COMMENT: Scott McTominay. Captain. Matchwinner. And of all weeks, this week. The end of the first of a New Year. And for Manchester United and their academy staff, the beginning of a new era...

For the moment, there's been moaning, complaining and plenty of hand-wringing. United's youth directors, like their counterparts up and down the country, are upset. These new recruitment laws, imposed due to Brexit, are putting clubs across England at a disadvantage... or so it's being argued.

In theory and at first flush, this column would agree with the sentiment. No foreign signing under the age of 18. Any above that mark subject to a points system in order to qualify to get into the country. Further, only three foreigners under 21 years of age will be allowed to be signed in the January market - and just the six overall.

So there's red tape. Mountains of it. Opportunities have vanished - at least for any young player around the world, though there's surely now another team of finger wagging bureaucrats employed to oversee the new system. Just wonderful...

But for United. For their long-term team building. This isn't as bad as it reads. It's not even close. We've argued this before here - and we'll do it again. The success of the club's academy system has been built - almost solely - on the talent identified within British shores. And Saturday's line-up against Watford only reinforces the case.

The starting XI named by Ole Gunnar Solskjaer boasted no less than six academy graduates: Dean Henderson in goal, Axel Tuanzebe and Brandon Williams at the back, skipper for the day McTominay and Jesse Lingard in midfield and Mason Greenwood leading the line. All recruited locally. All of whom have come right through the United system, from juniors to youth team to the U23s. And all British. That's no coincidence. Forever and a day, this has been the norm for United and their academy. If you're to make it as a Carrington trainee, the odds are you're holding a British or Irish passport. 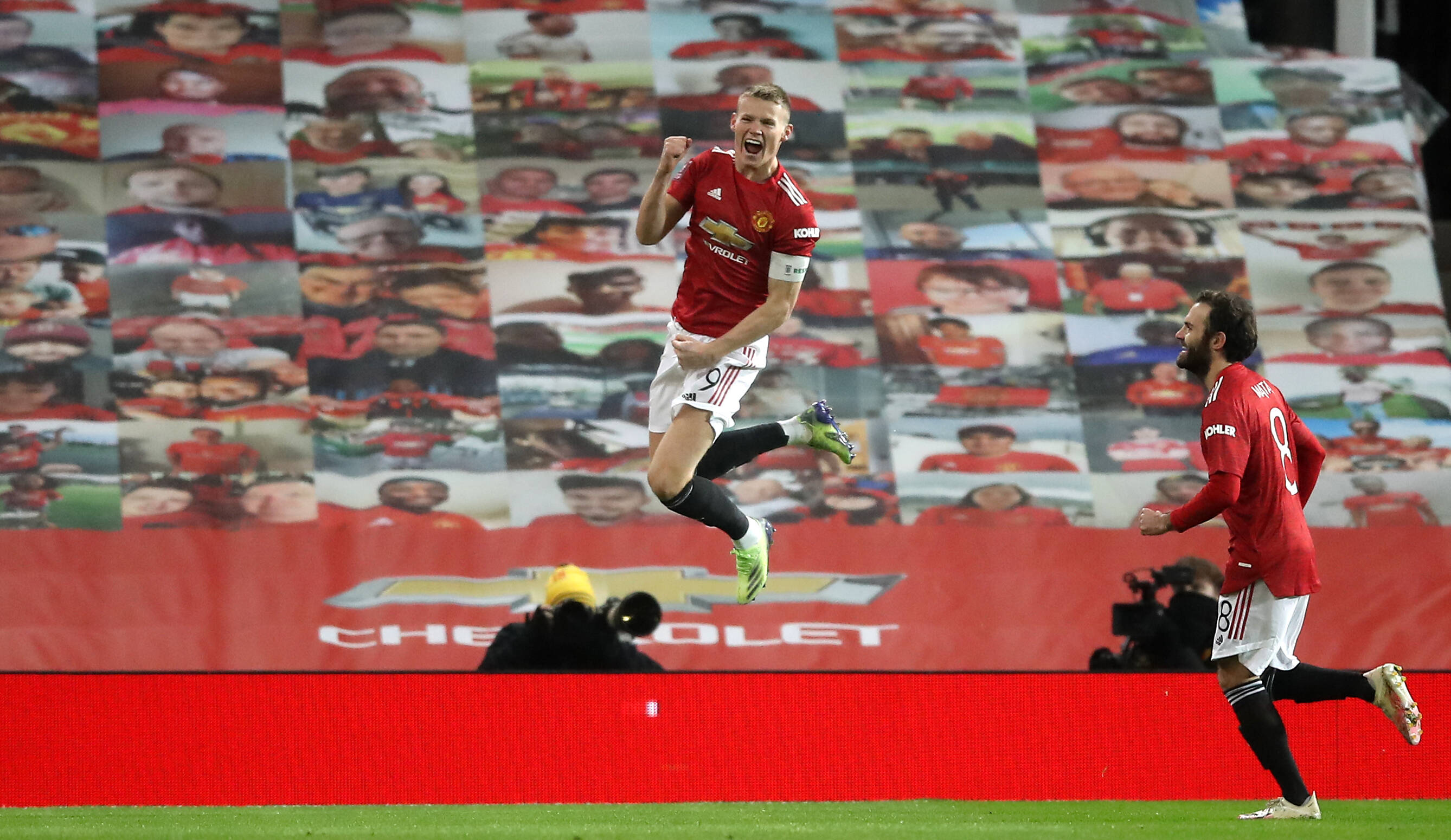 McTominay celebrates his winner against Watford on Saturday

But it wasn't just abroad that United looked, Charlie McNeill was prised away from Manchester City, while Joe Hugill and Logan Pye were convinced to leave a decimated Sunderland academy (they just lost another one this week with Jay Turner-Cooke quitting for Newcastle). And the odds are - and they're short - it is this latter three who will make it as first teamers ahead of any of their headline-making foreign teammates.

That's not to say those overseas arrivals are mugs. Indeed, of all the summer recruits - and we can throw in the Facundo Pellistri, a first teamer from Penarol - the one to truly stand out for United staff so far this season has been Fernandez. Which will be a pleasant surprise for United's counterparts at Valdebebas. The wing-back was regarded highly inside the Real system, though it was always believed he'd struggle to get ahead of Miguel Guiterrez. That Fernandez, still only 17, has been a regular with the U23s this season is credit to him - and confirms the confidence his youth coaches at Real Madrid always had in the recruit from Deportivo La Coruna.

But at 17 and a foreigner on United's academy books, it's a long way to the first team for Fernandez and his ilk.

Another who trod a similar path is now weighing up whether to stick around. Arnau Puigmal will be four years a United player in June - which is when his current contract expires. He hasn't done anything wrong since his arrival from Espanyol's academy - to much fanfare. But it's unlikely he'll be sticking around. Indeed, a return home has been mooted where Barcelona B expressed interest last summer. And you can understand why. Good player. Good pro. Puigmal is your archetype Barca B player. Capable of performing in the lower divisions and with the potential of first team promotion. But that route has probably now closed given Barca are struggling to pay their B players. But at 20 years of age, Puigmal is likely to leave. Just like so many of United's past foreign academy recruits.

Even going into Saturday's FA Cup tie, Solskjaer confirmed Timothy Fosu-Mensah would be moving on. Like Puigmal, Fosu-Mensah comes off contract in June and has chosen not to enter negotiations over new terms.

This is no fault of the coaching Fosu-Mensah has received at Carrington. Indeed, as a United player - despite his fleeting opportunities - Fosu-Mensah became a senior Holland international. But it just hasn't happened for him. The former Ajax junior will be leaving either this month or in June.

Opportunity? Circumstance? Whatever it is, things within United's academy pathway aren't working for their foreign talent. And even if it's just a matter of going with your strengths, if United are being forced to look further and deeper at a local level for talent, the odds are it's going to be good for the club.

These Brexit laws aren't set in stone. They will be subject of an annual review. And there's every chance they will be relaxed in coming years as the complaints inside the game are picked up by the wider media and transformed into a campaign. Indeed, for this column, a plank of such an appeal should centre around finances - particularly at this time - and the amount of money that will go abroad on foreign signings whom would've been recruited for next-to-nothing as youth teamers. You're talking about hundreds of millions of pounds being lost to the English game.

But for the here and now. It really shouldn't be panic stations for United. The reality is, as good as the scouting is; As talented as the coaches are inside the academy system; United hasn't been a good place for foreign youth teamers.

Saturday's line-up and their captain for the day is all United need to know about how best to tackle the youth transfer market.