Gabriel Magalhães & Arsenal: Why the Brazilian will beat recent history if he succeeds

COMMENT: If it's your first move out of chaos. Carnage. It might as well be bold. And this new-look recruitment team at Arsenal are certainly making a statement with their first actions in the transfer market.

Okay, okay, technically Gabriel Magalhães won't be the first signing of this Arsenal era post-Francis Cagigao - and to a lesser extent, Raul Sanllehi. But the expected arrival of the Lille centre-half will mark the first piece of serious business achieved by the new combination of technical director Edu and manager Mikel Arteta.

In France, they're claiming an agreement with Lille for the 22 year-old Brazilian isn't days away, but hours. And if they can usher Gabriel through the London Colney gates in the next day, it'll cap quite a busy week for Edu and Arteta.

Just days after Sanllehi had been pushed out - it's since been confirmed the club's former football chief had no plans to leave - Arsenal were announcing no less than three new additions. And just like Willian's arrival from Chelsea, all three have not cost a penny in transfer fees.

George Lewis finally put pen to paper after his successful trials earlier this year. Jonathan Dinzeyi did the same after his release from Tottenham. And Tim Akinola was snapped up via video after being cut loose by Huddersfield Town. Not players for the here and now. But projects. Ones to be added to Steve Bould's U23 team with the potential to eventually progress to Arteta's senior squad.

In contrast, Gabriel - if all goes to plan - will arrive with major expectations. He'll mark the first major outlay by this new, streamlined recruitment team. And even more significantly, he'll join with the aim of breaking over a decade of defensive signings falling short of forecasts.

Sebastien Squillaci, remember him? Andre Santos. Gabriel Paulista. Shkodran Mustafi. Sokratis... They've all been signed by Arsenal for big, big money. And none have managed to live up to past reputations. Those supporters of Per Mertesacker, perhaps, would argue otherwise, but buying a centre-half, the right centre-half, has always proved an Achilles heel for Arsenal's recruitment team. 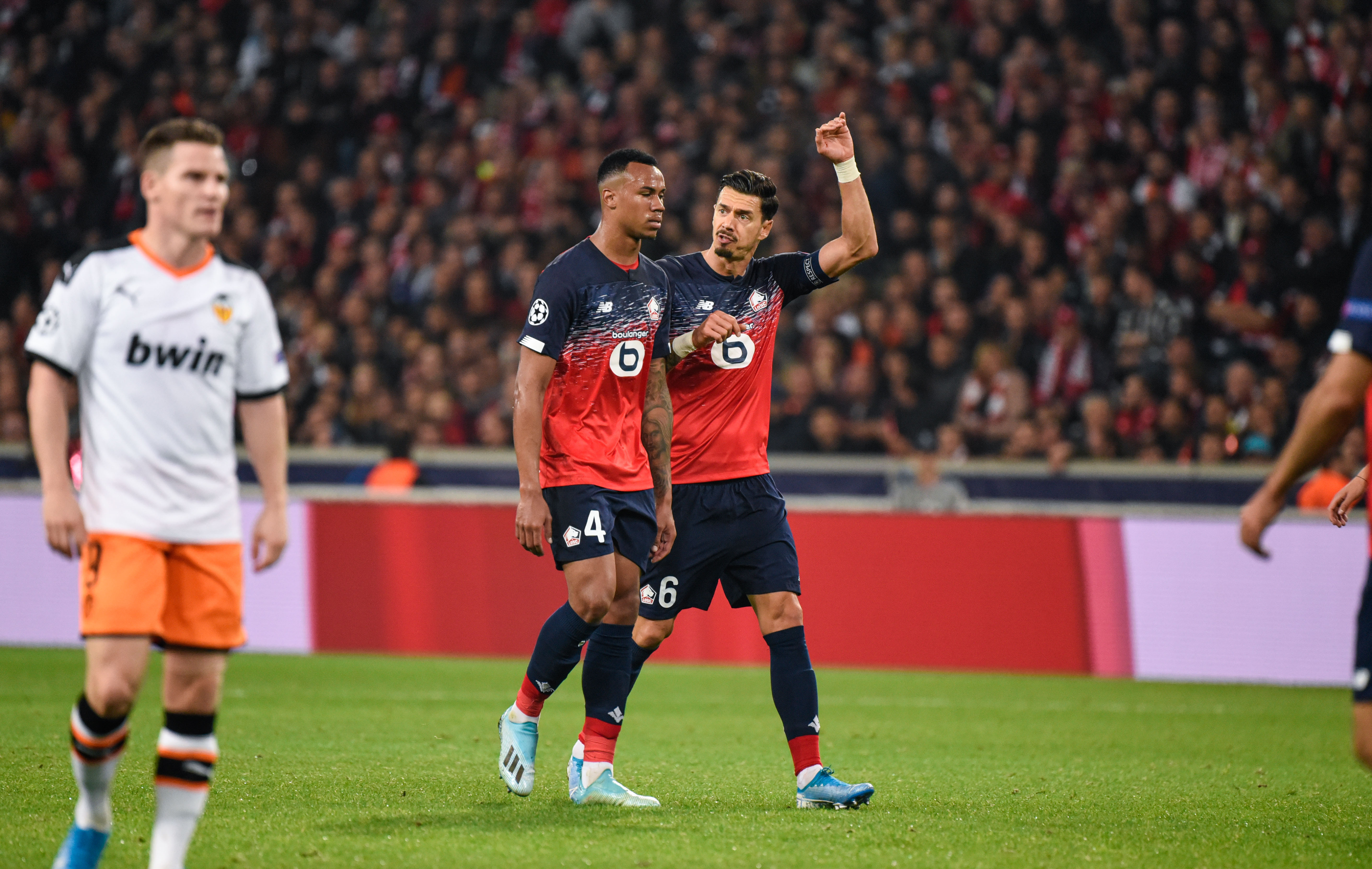 Jose Fonte having a word with young Lille teammate Gabriel

And it must be said, as much as Gabriel will be welcomed with the buzz and excitement that is generated by any new signing - particularly when he's a Brazilian - the 22 year-old's arrival does hint at simply shuffling the deckchairs.

Gabriel is a good player. Potentially a great player. And with an emphasis on potential. There's a reason why Gerard Lopez, the Lille president, is prepared to sell for £20-25m. All the while his counterpart at Napoli, Aurelio de Laurentiis, is demanding three times as much for Kalidou Koulibaly. At 29, Koulibaly is the finished article. De Laurentiis knows what he's losing - just as the Senegalese's suitors know what they'll be getting.

In contrast, Gabriel remains raw. A work in progress. Just as Calum Chambers was when he arrived from Southampton. Or Rob Holding from Bolton Wanderers. Neither of whom have since made that hoped for step up.

By his own admission, Gabriel admits he's still learning. Indeed, the Brazilian concedes the progress of the past 12 months was due to the influence of senior teammates - particularly Jose Fonte, the former Southampton captain.

"José Fonte is like a second coach on the pitch," Gabriel stated earlier this year. "He has a lot of experience, he played in the World Cup ... I listen to him a lot, he's someone very important to me.

"I also talk to him every day. In the locker room, we sit next to eachother, he talks to me every day, we watch videos together. He is a very good person. If one day I leave Lille, if I can, I bring him back with me (laughs). He's someone who made me progress a lot."

It's an honest appraisal. And one that Arteta and Edu you hope have heeded.

Do Arsenal have the same type of defensive leader - on and off the pitch - to help Gabriel maintain his development? Sokratis? David Luiz? Perhaps. Though the noises from those close to London Colney say both players can go for the right offer this summer. In other words, neither senior defender has the full confidence of their manager.

Any signing is a gamble. And in Lewis, Dinzeyi and Akinola, Arsenal calculated the odds and rolled the dice. But Gabriel, for his price-tag and for what he could eventually develop into, is a different matter altogether.

And given past history, Lille's Brazilian will be breaking the mould if he succeeds where so many have failed. No matter how you slice it, this is a bold move by Arsenal's newly streamlined recruitment team.