COMMENT: Gabriel Jesus. If it is to be him, then they won't stop there. As exciting an addition he would be, Gabriel isn't the centre-forward Arsenal's recruitment team is seeking...

For the moment, as much as there's claims of some circular reporting, talk of Arsenal moving for the Manchester City striker is being driven inside England. In his native Brazil, no sources are claiming any type of inside track on Edu, Arsenal's football director, holding talks over several months with Gabriel's minders. It's all strictly emanating from England.

Now inside the final 18 months of his existing deal, you can understand the speculation ramping up. But from Brazil, where Gabriel's management team enjoy a close relationship with the wily Italian, Giovanni Branchini, there's been next to nothing raised about the striker's City future.

What we can say is that Gabriel, who has expressed some concern about his place in Tite's World Cup plans, was offered assurances over the past week by Brazil representatives. Tite's No2 with Brazil, Cesar Sampaio, and Fabio Mahseredjian, the Selecao's fitness trainer, were both at the Etihad last week to see the striker hit four goals (a first for a Brazilian in the Premier League) in the rout of Watford. Their presence a sure sign for Gabriel that he remains on Tite's agenda.

For Edu and Arsenal, we'll have to wait and see. But for this column, whether he does or doesn't land at London Colney, the Gunners have other plans when it comes to delivering Mikel Arteta a new centre-forward signing.

We know what Arsenal and their manager are seeking. And it isn't Gabriel. The prototype now runs around in a Bianconeri shirt. Though if Arsenal had had their way, Dusan Vlahovic would now be leading their line - and not Juventus'.

Over the January market, the Gunners offered more money than Juve. A bigger contract too. But the Serb and his agents demanded Fiorentina reject Arsenal's calls and only negotiate with the Bianconeri. Juve was the move Vlahovic wanted and even the typical cash lure of the Premier League couldn't sway him.

The whole episode left Arsenal's football chiefs furious - and Arteta frustrated. Vlahovic was their one and only choice. A player to launch a new era as they ferried Pierre-Emerick Aubameyang out the back door. But they hadn't counted on the pull of Juventus. 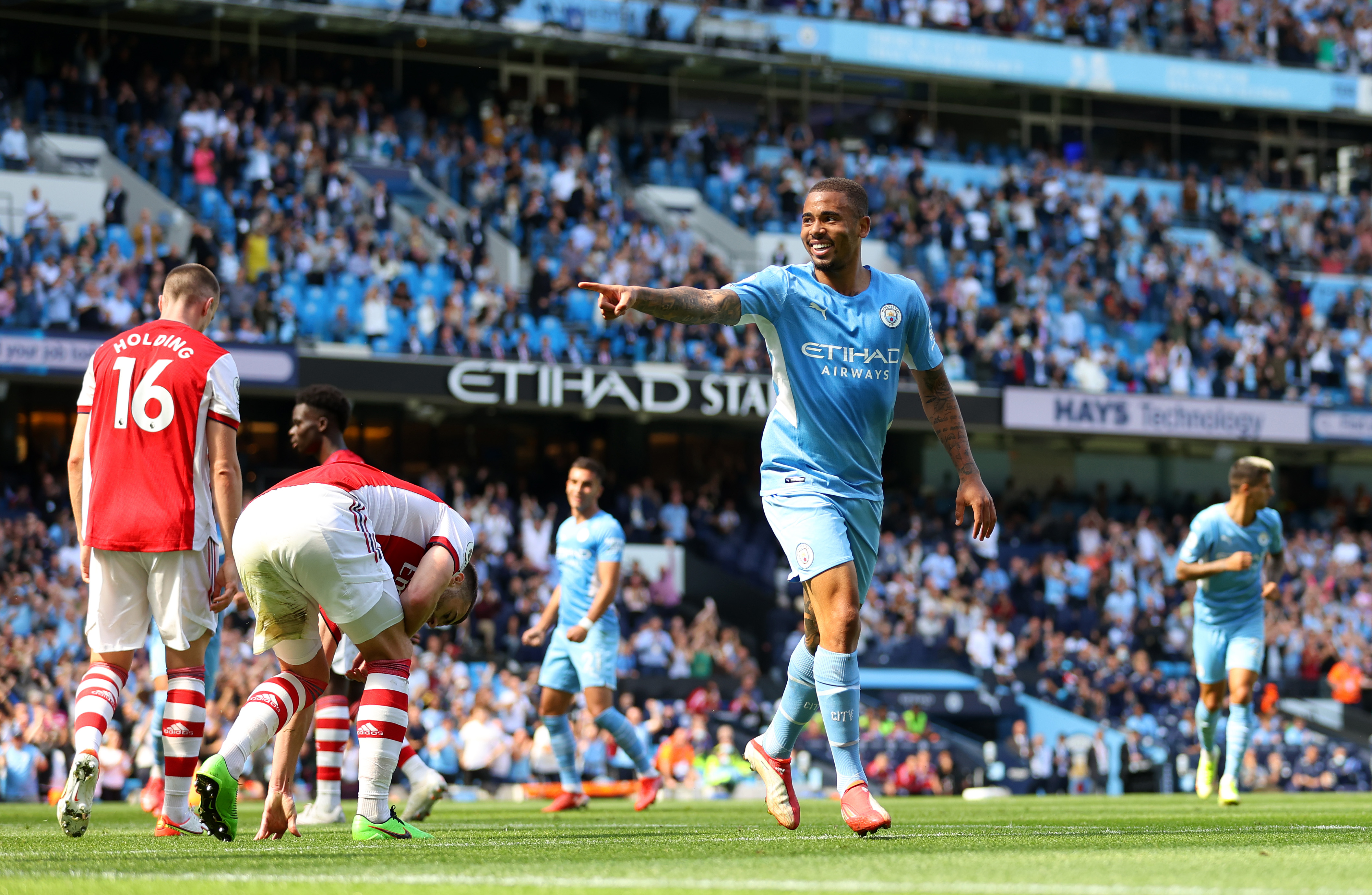 Pablo Bentancur, the agent of Arsenal's on-loan Fiorentina midfielder Lucas Torreira, lifted the lid on dressing room gossip a fortnight after the deal went through: "Now, Arsenal are a bit angry because they wanted Vlahovic.

"Fiorentina wanted to sell him, but the agents said he had to go to Juventus - you always do what the player wants."

Vlahovic is the prototype of what Arteta is seeking in his next centre-forward. Young. Athletic. Mobile. Capable of playing with his back to goal. Can compete physically with the likes of Giorgio Chiellini and Kalidou Koulibaly. And most importantly, a prolific goalscorer. Gabriel is a lot of things, but he's no centre-forward. Certainly not in the mould of Vlahovic...

...But Victor Osimhen is. And in Italy, specifically Naples, they're convinced Arsenal and Edu are making a serious pitch for the Nigeria international. Contact has been made with Osimhen's agents, it's now claimed, about a summer move to London. A relationship which goes back almost seven years.

Like Vlahovic, Osimhen boasts all the qualities of a traditional Premier League centre-forward. And just like the Serb, he's proved himself in Serie A and against some of Europe's toughest defenders.

But the similarities don't end there. Just as Arsenal had followed Vlahovic since his days coming through the youth system at Partizan Belgrade, the connection with Osimhen and his minders runs back to the 2015 U17 World Cup.

By his own admission, Osimhen was offered terms by Arsenal at the time, but after months of deliberation, chose VfL Wolfsburg to launch his European career.

"It's true that a big team like Arsenal wanted me and I feel honoured to be invited over," a 17 year-old Osimhen said back in 2016. "But personally I feel Wolfsburg is a ladder for me to reach my professional goals.

"Yes Arsenal is a good team for young players but Wolfsburg is the best club for me.

"The club's plan for my career is very encouraging and I believe with God on my side I can grow to become one of the best players in the world."

Six years on and Arsenal could yet get their man - though it'll cost them. Napoli rejected an €80m offer from Newcastle United in the final days of January. And for Napoli's movie mogul president Aurelio de Laurentiis, there is no great appetite to sell. But money talks. And if Arsenal are prepared to break the €100m barrier, word is De Laurentiis will relent.

January's Vlahovic saga does offer some insight into Arsenal's market plans - and their readiness to pay for the right player. Osimhen fits that mould. Gabriel may be on the agenda, but he isn't the centre-forward Edu and his team are seeking.