Gabriel Jesus and Arsenal: Where will the Brazilian fit and what will he be bring to Mikel Arteta's side?

Last season, Arsenal just missed out on a top-four finish and Champions League qualification. In a bid to take that next step, they are on the verge of adding Gabriel Jesus to their squad, with reports suggesting that an agreement in principle has been struck with Manchester City.

The 25-year-old has been an important squad player for City in recent years, without ever truly establishing himself as their first-choice up front. That was unlikely to change after the club recently confirmed the arrival of Erling Haaland from Borussia Dortmund. Now, the Brazil international could assert himself at Arsenal, and gain more consistent game time ahead of the World Cup in Qatar later this year.

Where will Gabriel Jesus fit in at Arsenal, and what will he bring to Mikel Arteta's side? In this analysis, we will try to answer those questions.

Arteta has shown himself to prefer some version of a 4-3-3, with one striker flanked by wingers on each side. There is flexibility to Arteta's approach and he has changed formations before, so he may well vary things again to accommodate the signing of Gabriel Jesus. Still, the striker would appear to fill an important gap up front in the existing system.

Pierre-Emerick Aubameyang departed midway through last season, and Alexandre Lacazette is set to leave for Lyon. This has left Arsenal reliant on Eddie Nketiah, a 23-year-old striker who has not yet proven himself at Premier League level. Jesus is not a traditional focal point, neither a target man nor a poacher, but his role in the past has largely been that of 'finisher'. That should continue at Arsenal, only now he will probably start through the middle rather than on the right or left side as he often did for Manchester City.

What he'll bring stylistically and qualitatively to the Arsenal frontline

A good dribbler, Jesus has the acceleration to go past a defender in 1-versus-1 situations, whilst also possessing the close control and trickery to keep the ball in tighter spaces with multiple defenders around him. He can make things happen single-handedly, whether it be bursting to the by-line and cutting back or working an opening for a shot with a clever bit of footwork, so he doesn't always have to work in combination with others.

He is very quick, and demonstrated an ability to time runs in behind well during his time at City. Quite often, he would run from out-to-in, behind the opposing full-back, and get on the end of a through ball before crossing or pulling the ball back to a teammate. We see an example below from City's win over Norwich last term. 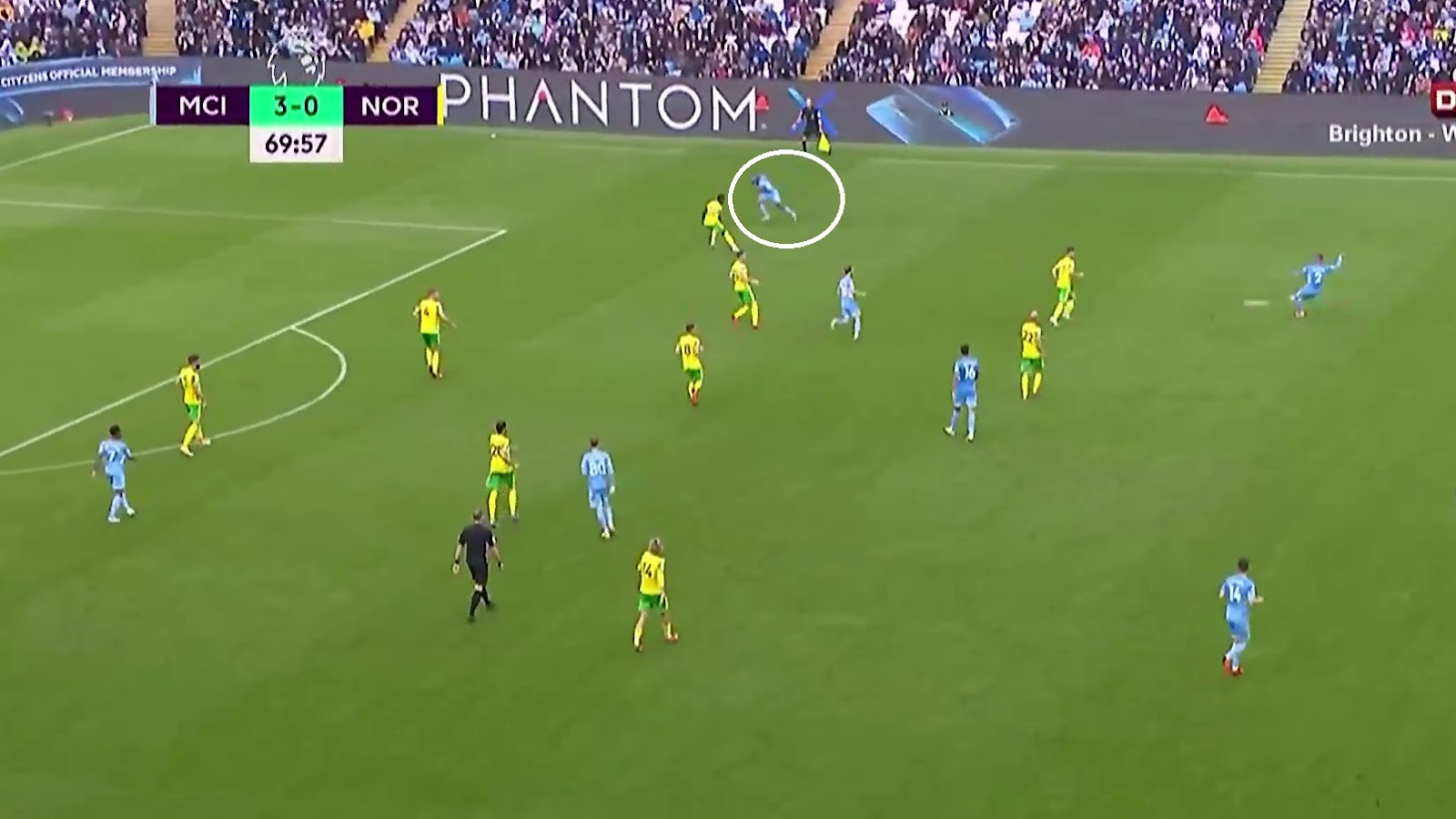 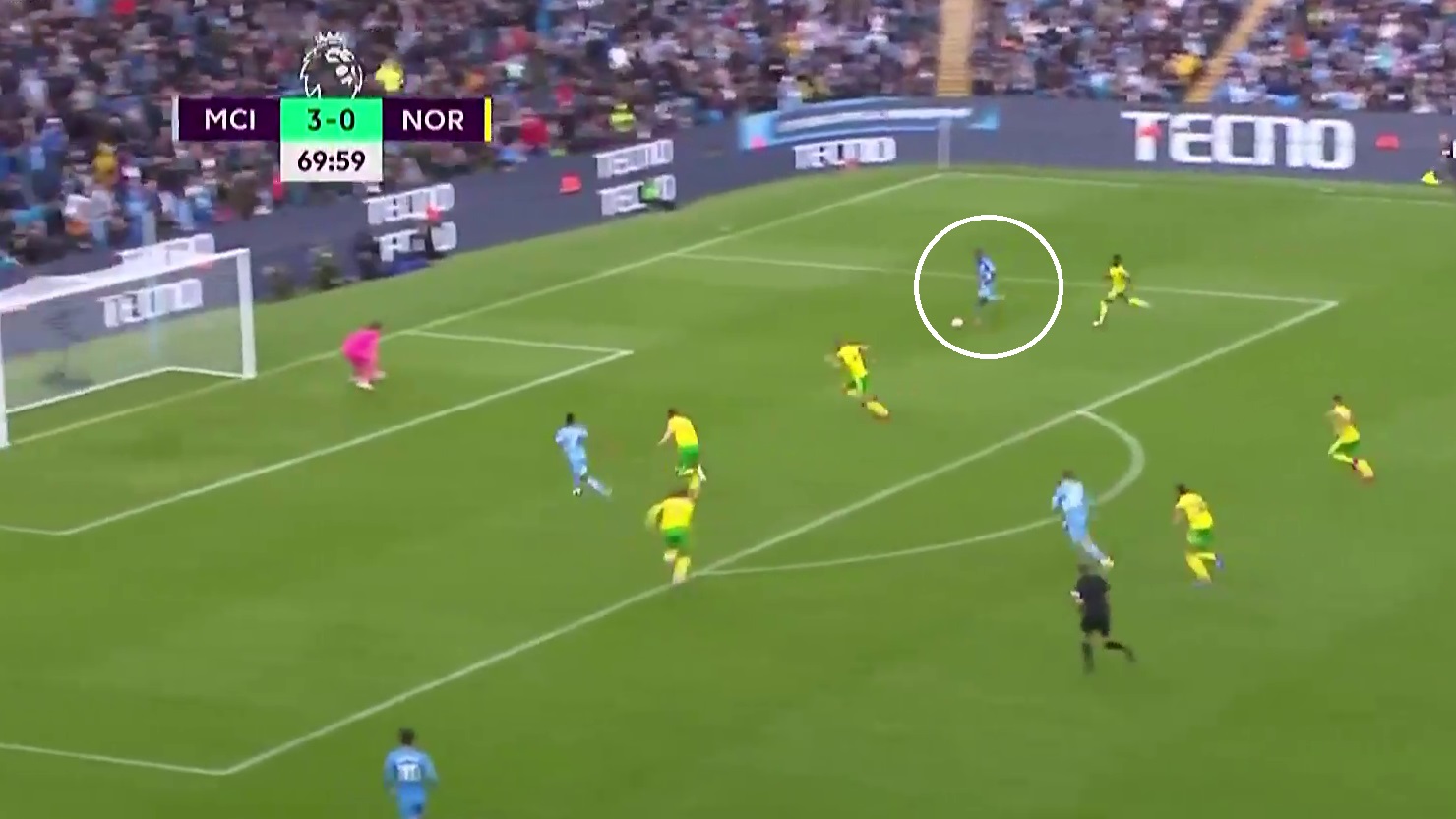 While he likes to make those diagonal runs behind from wider starting positions, Jesus has the speed to threaten off the shoulder of a centre-back, hovering on the last line before racing onto the pass. His pace means he has an edge on most central defenders in the league in these moments, and he found a goal against Leeds (below) from this kind of run against a back line leaving space behind. This is likely to be more the type of run he makes for Arsenal, if he is to play as their striker. 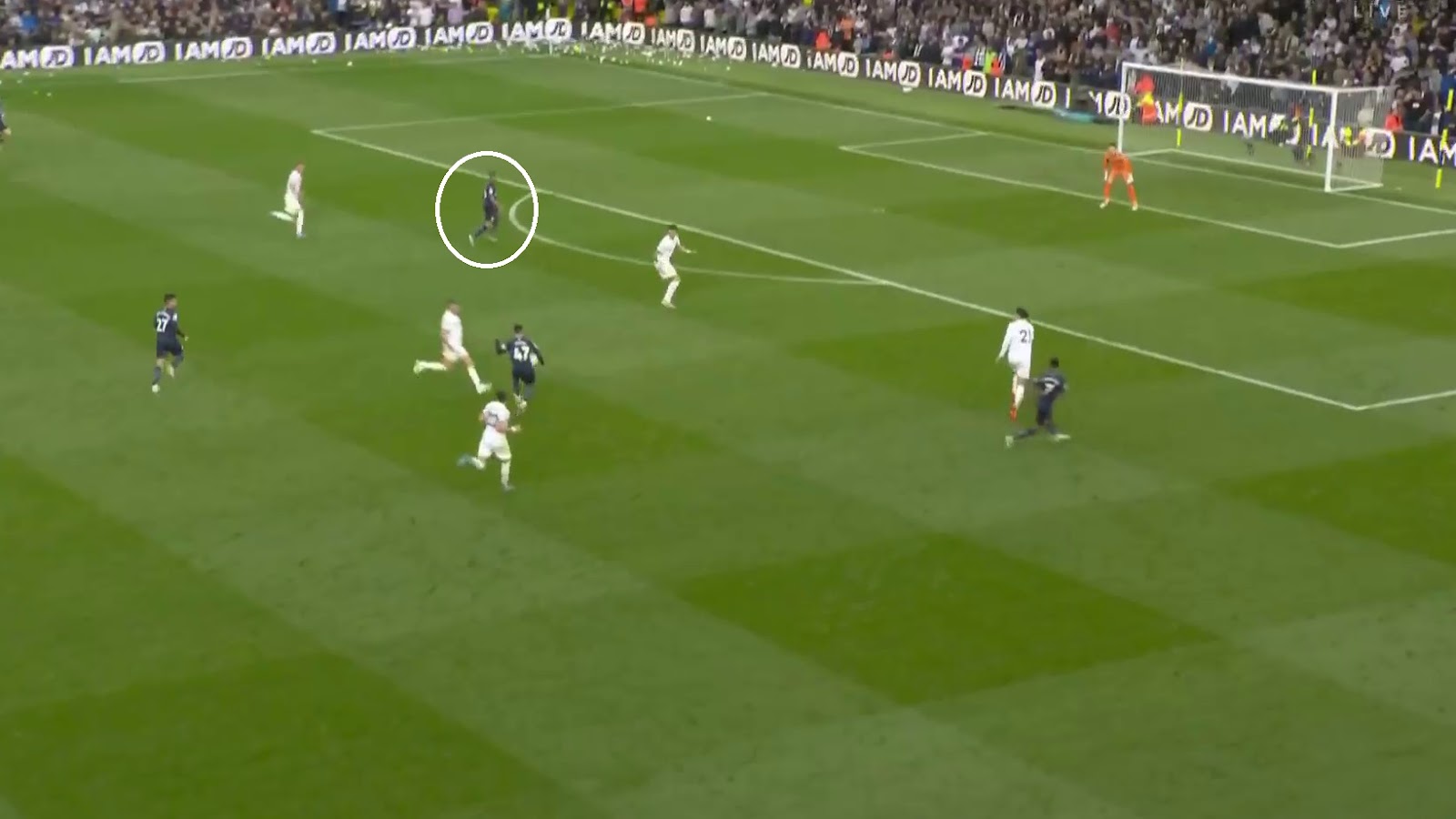 Jesus is a team player too. Pep Guardiola has spoken specifically not only of the player's movement, but of his contribution to City's high pressing intensity. The high-press is something Arsenal could improve upon, and Jesus can help in this area. He will also provide goals as well as score them. In the 21/22 Premier League campaign he produced eight assists.

How does he compare to Arsenal's other options?

Comparing Jesus to past Arsenal strikers, he is more Aubameyang than Lacazette in the sense that he thrives with space to attack behind a defence and in transitions, and prefers to face goal than away from it. He doesn't have the link play of Lacazette, but there is perhaps one basic similarity in him being a team player who wants to make those around him better, rather than focusing solely on scoring.

One of the major question marks around Jesus is precisely how ruthless he is in front of goal. Of his eight league strikes for Manchester City last season, half of them came in one match, against lowly Watford. The trend is for him to score roughly once for every three games he plays. For both Palmeiras and Brazil's national team, he averaged 1 goal every 2.94 games; for City it was 1 in 2.74.

This is not the typical record of a 'clinical finisher'. Still, there are possible caveats to those basic numbers. At Palmeiras, Jesus was a teenager just breaking through. For Brazil and Manchester City, he has often played second fiddle to bigger names. With Arsenal, he will not only play up front more consistently, but he should also be given a more prominent role in the side.

Jesus will be Arteta's first-choice striker, without question, and will be tasked with leading the line each week. At 25 years of age, he is in his prime and this move could be a good opportunity for him to take on that greater responsibility. Arsenal need a striker, and, regardless of whether his strike rate improves or stays the same, Jesus offers them improvement in that department.