Forlan 'derbi' exclusive: I wish I played in this Atletico team; title on line against Real Madrid

Another Madrid derby between Atlético and Real Madrid is just around the corner in LaLiga Santander. This is always a spectacular derby, a unique one in world football, and this time it's very special for Los Rojiblancos as Atlético come into the match with a lead at the top of the table.

They have more points than their rivals and they have reasons for optimism, although there is a need to remain calm and to stick to the "partido a partido" mantra ("one match at a time"). Seasons are long and one bad run can bring everything to a halt, but this Atlético side have earned the tag of favourites in the 2020/21 LaLiga Santander season. They'll be even more favoured to win the title if they come through this Madrid derby unscathed.

They're having a great campaign. They've been able to maintain the great team that they had and they have superstars across the pitch, with João Félix showing that he could become the reference point of this team sooner rather than later. If that wasn't enough, they've brought Luis Suárez on board and the 34-year-old is proving that he isn't finished. Not at all. I know him well from our time together with the Uruguayan national team and you can see that he feels increasingly comfortable at Atlético as time goes on.

I'm convinced that he'll be fighting to win the Pichichi Award for the league's top scorer right until the final matchday, battling with his friend Leo Messi for the honour. Both Suárez and Atlético made a good decision when they decided to join forces last summer. 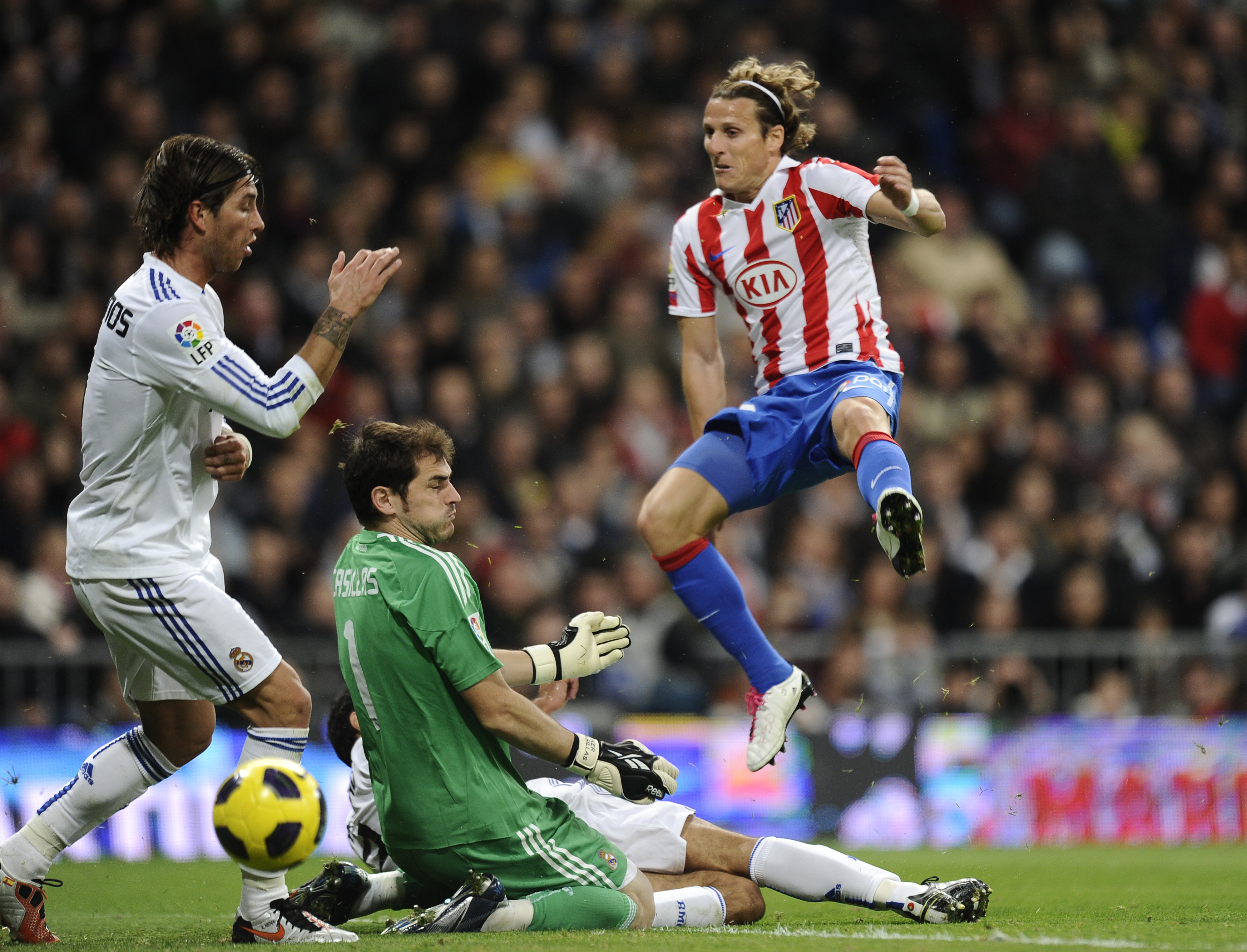 Atlético's great run had been in the works since a couple of years ago. They've earned experience and improved their play, while maintaining their well-known solidity. This team is now prepared to take another step and they're keen to win titles. Diego Simeone hasn't only known how to get the best out of the many players who have passed through his hands, but he has managed to install a winning mentality in the dressing room once again. He already achieved this by winning the Europa League in 2018, after also winning the LaLiga Santander title in 2014 and reaching two Champions League finals. Now, he has done it again, even when there were some who thought his cycle was finished.

Simeone is an incredible coach who is defining an era at Atlético. In my four seasons at the club, we also won a Europa League and a UEFA Super Cup, and we had such a good team that I even managed to win the European Golden Boot with 32 goals. It was a great era in a sporting sense. In fact, we opened the path towards winning titles again in the club's modern era, yet this current Atlético side is something different.

This is a much better version compared to what I experienced. It's a shame that Simeone and I didn't cross paths at the club; we were separated by just four months. It would have been really nice to play for Simeone, I'm sure of that. I'll admit that I've occasionally imagined what a 28-year-old or 29-year-old Forlán would have been like playing in this Atlético side… I think I would have fit in really well! I think it would have gone especially well with Suárez, who I've played with so many times. And I actually did play with Koke back in the day!

The real shame when I see Atlético in such a great moment of form is that the fans can't be there to enjoy this team live at the Wanda Metropolitano, because of the health situation. There is a very special fanbase at this club and I say that after having been at many clubs in different countries.

They're passionate, committed and always behind the players. They represent the old mantra of "courage and heart". It's easy to imagine how the stadium, as the Vicente Calderón used to be in my day, would be a real party this season, weekend after weekend and especially in the upcoming derby against Real Madrid. In this derby, the LaLiga Santander title is literally in play.