COMMENT: So do you go back? Manchester United and Sergio Ramos. After one rejection, do you forgive and forget? Do you offer up a second chance...?

Six years ago, they were convinced. Ed Woodward. Louis van Gaal. Indeed, everyone involved in the deal. Manchester United were convinced Sergio Ramos would be their player for the start of season 2015/16.

Carlo Ancelotti had been sacked. Rafa Benitez hired. The dressing room split. And in the middle of it all was Ramos, his brother Rene and Florentino Perez, the Real Madrid president. The three of 'em were at loggerheads. Ramos was seeking a pay-hike. Florentino was refusing. And circling was Woodward with a contract package that would more than meet Ramos' demands.

And they really thought they had him. It never reached Van Gaal that the deal was done. But it was close. He was told as much. Indeed, it can be argued the fracture between manager and vice-chairman of that second LVG season began with Rene Ramos shutting down contact with English intermediaries as soon as Florentino began softening his stance.

In the end, Ramos would get his pay-rise. United would be left with nothing. And Woodward and Van Gaal, unknowingly, would begin their long goodbye. United had been played, it was claimed. Woodward had been shown up. Rene and Sergio simply using United's interest as leverage in negotiations with Florentino...

The truth? We'll have to wait for the book. But a new dose of reality has now hit the Ramos brothers. Six years on, the offers have dried up. As of Thursday. As of that emotional farewell ceremony held at Valdebebas (and not the Bernabeu). Ramos had nothing in front of him. Not even the original offer Real Madrid had left on the table for six months. It was a proposal Ramos - reluctantly - had been willing to accept. But it had since been withdrawn. There was nothing. There is nothing. And as we speak, Rene has been on the phone for a good 72 hours trying to drum up interest.

But United are keen. As is PSG. Indeed, on what this column has been told, it could easily be an either/or scenario for the two giants. The first-choice for both is Ramos' defensive partner at Real, Raphael Varane. The fallback is Ramos. Great player. Great leader. Indeed a "great legend", as Florentino stated at that farewell. But no longer a priority. It's been a humbling few months for the formerReal Madrid and Spain captain.

Which is why United shouldn't turn their nose up at the 35 year-old. If PSG and the pull of home is too much to overcome regarding Varane, then Ramos is still no busted flush as an alternative. Certainly, he isn't for this Manchester United squad.

Those paid for their opinion cite Thiago Silva as good reason why United should dig out Rene's phone number and try again. The Brazilian had his doubters - and there was plenty of them - upon arriving from PSG. But he's more than justified Frank Lampard's decision to bring him to England over these last 12 months. Thiago will be 37 in September. But he'll hit that mark a Chelsea Champions League winner and FA Cup finalist. 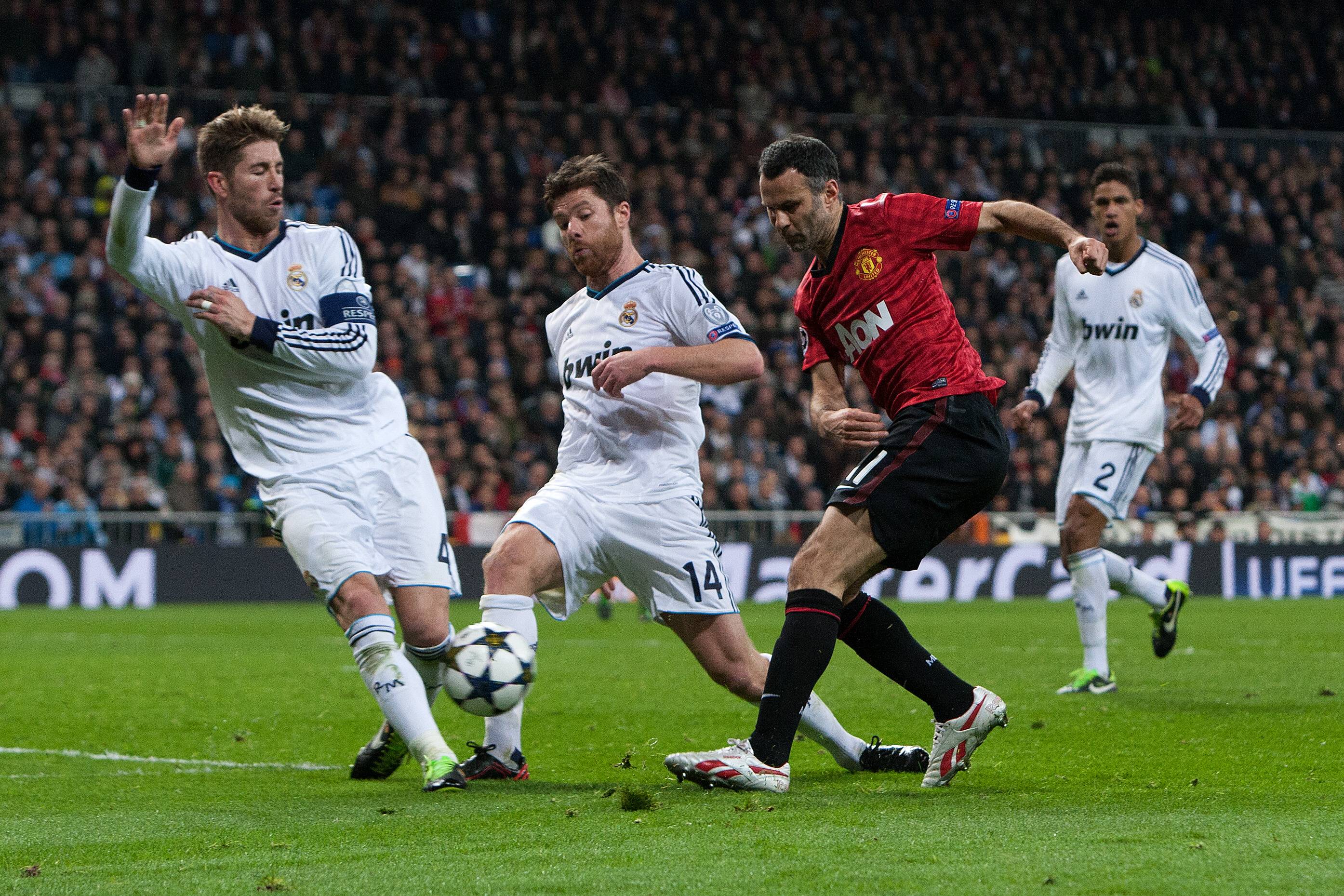 Ramos against Man Utd and Ryan Giggs in 2013

A good example? For sure. But closer to home, United and their manager Ole Gunnar Solskjaer need only consider the impact of Edinson Cavani as reason why Ramos should be pursued.

Again, like Thiago, Cavani had his critics upon arrival. But no-one's chirping now. The on-field impact of the 34 year-old Uruguayan is there for all to see. But it's been behind the scenes where Cavani's value is making a just as significant (if not more) difference on this United squad.

Solskjaer has been vocal. As has Cavani's young teammates. The example the striker sets. His approach to his craft. His attitude to every drill in training. It's been noticed. It's been highlighted. And it's gradually beginning to rub off on Solskjaer's young squad.

In another era. In another United team. Cavani would simply be one more. Another top pro. One to fit seamlessly into a dressing room of hardened, winning professionals. But this United locker room isn't that. It hasn't been that for a long time. When so many of Cavani's teammates are publicly discussing the striker's approach to daily training, you know this squad has had a culture problem. A problem that Solskjaer identified and had in mind when bringing in Cavani last summer.

And it's one that still needs fixing. Which is where Ramos enters the picture.

Chastened. Humbled. The veteran would arrive with something to prove. But more importantly, for this United team, he would also arrive with plenty to give. Like Cavani, no-one can question Ramos' attitude. His professionalism. His absolute sheer winning desire. He'll bring everything Cavani has to United, but with a more vocal personality. Two men to change a culture for the better. Two men to insist nearly enough is no longer good enough. Just as Eric Cantona did for the Class of '92, Ramos and Cavani can have the same impact on this generation.

Solskjaer needs a centre-half. He wants one. The manager even has plans to experiment with Aaron Wan-Bissaka in preseason. Innovative. Creative. With the fullback's pace. His height. His defensive ability. It's an out-of-the-box idea which could actually work. That Wan-Bissaka only converted from an attacking midfielder to fullback as a youth teamer at Crystal Palace, does suggest he has it in him to adjust again.

But beyond such ideas. In practical terms, Solskjaer is considering Ramos among his shortlist of centre-half candidates. Contact with Rene has been established. No offer has been discussed. But nothing ruled out.

And significantly, United know Ramos' terms. It's what Real Madrid offered - then withdrew - last month. It's for less - much less - than what Ramos will say goodbye to on June 30. If Varane can't be convinced, United hold all the cards should they enter negotiations with Rene.

But this isn't about oneupmanship. It's about what's good for Manchester United. Solskjaer will have done his sums. And there's no question that at this time, with this squad, adding Sergio Ramos would make them better.

Six years on from that rejection, Ramos is worth a second look. United should forgive, forget and offer a humbled former Real Madrid captain a second chance.