COMMENT: Can they do it again? Pep Guardiola and his team. Can they bottle that flash of lightening a second time? Just as they did for Vincent Kompany with Ruben Dias, can Manchester City and their manager do the same for Fernandinho...?

What a player. What a performance. On his 36th birthday, Fernandinho embarrassed his younger opponents in Paris Saint Germain shirts on Tuesday evening. It was a masterclass from the Brazilian of reading and anticipation. He was outstanding in the tackle, but what took the breath away were the multiple interceptions and interventions Fernandinho was able to anticipate through the 90 or so minutes.

It was embarrassing for PSG's players. Humiliating. Fernandinho's reading of the game. Knowing where to be and when to dart in. It made the opposition appear like amateurs at times. His speed of thought was simply on another plane. Nedum Onuoha, the former City defender, would later describe the performance as "outrageous". And it was as Fernandinho reduced PSG's players to error-ridden wrecks.

The pundits in France were fuming. Neymar bearing the brunt of the stick. But not enough credit was given to City's captain and how he made PSG look so clumsy and cumbersome.

But now, with a Champions League final ahead of him - and potentially a Premier League winners' medal due this weekend - there's less than six weeks to run on Fernandinho's contract. And with nothing yet signed, there is a growing expectation that the lad from Londrina will be the next modern City great to depart the club this summer.

So can they do it again? Just as City, after a good two-to-three years of trying, finally found their replacement for captain and legend Kompany. Can they find another Dias, but this time in midfield?

Make no mistake, City lucked out with Dias. The summer arrival from Benfica has been outstanding. Magnificent. The impact he's made, particularly off the pitch, exceeding even Guardiola's expectations. If Fernandinho does choose to leave in June, Dias - even at 23 - will be in the running for the club captaincy.

"He leads," says Guardiola of his Portugal international. "He makes good decisions, but he helps others to do the same, as a defender has to do. It is a talent. During the 90 minutes he lives the game, as if it were the last."

Guardiola has found a soulmate in Dias. Another football obsessive. Always open minded. Always eager to learn. Dias mirrors a young Guardiola at Barcelona, seeking an audience with Marcelo Bielsa to pick the brains of the Argentine coach. Challenging Johan Cruyff about his tactics and methods. Dias is cut from the same cloth. 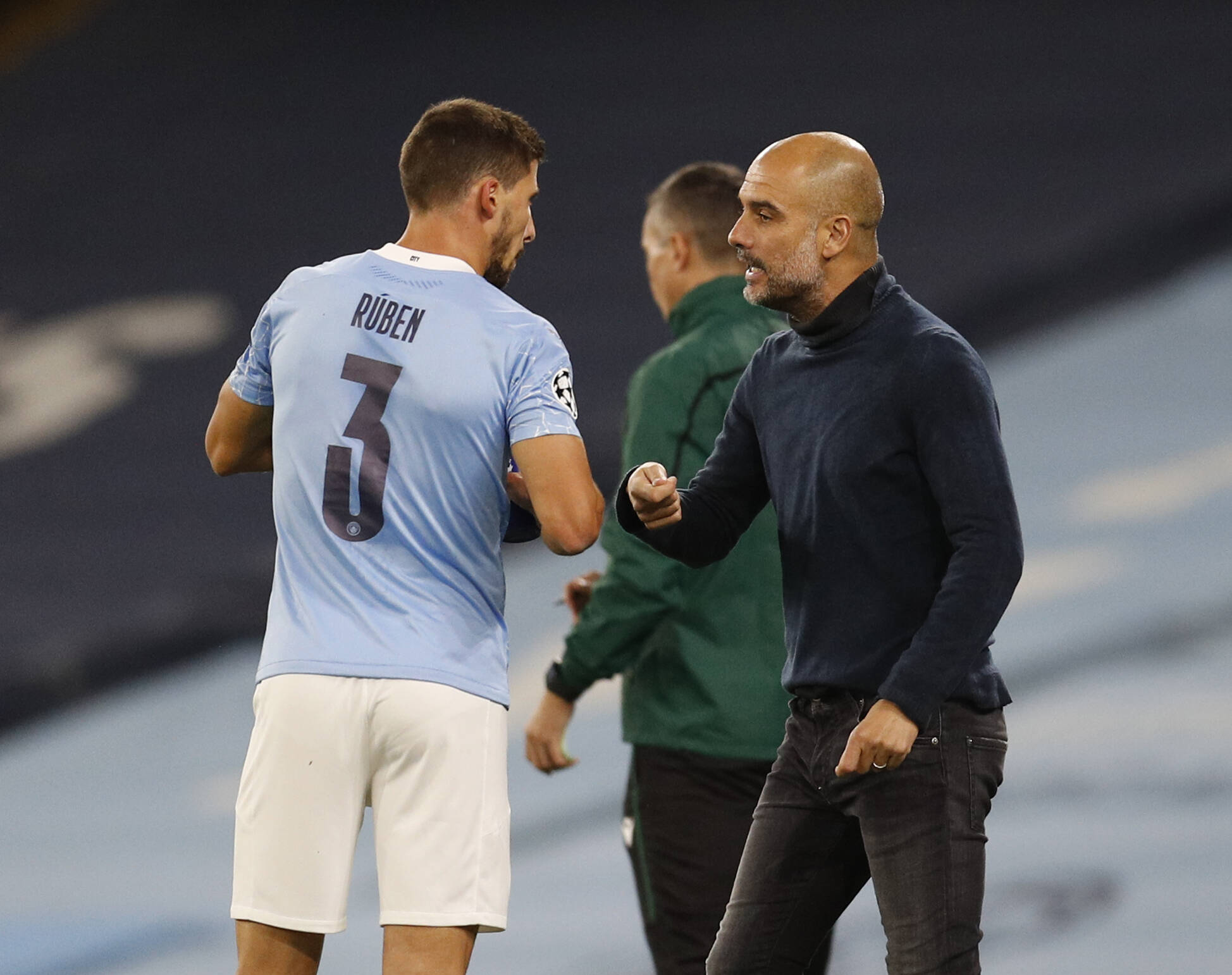 "I remember him at the Worlds [2018 World Cup]," recalls Pepe, the former Real Madrid and now Porto stopper. "We had dinner and he always came to talk to me.

"I, Cris [Cristiano Ronaldo] and other players would go to take a walk to digest things and he was always with us, listening. If he had doubts he would ask."

That was almost three years ago and for Dias the learning process hasn't changed. Just this week, City's young centre-half revealed he always has football on the TV. It's part of his education.

He stated: "There are always opportunities to learn - a moment in the game that you can analyse, see a goal that a team has suffered, see how the team failed to avoid it or see how they sometimes managed to do it.

Yeah, you can see why Guardiola is so happy with Dias' arrival. A potential ten-year City player. One who understands Guardiola's approach to the game and his career. One who is simply in sync with his manager. And it's no surprise Guardiola's opinion is shared by the dressing room.

"Ruben is a player with a very strong character and personality," says City and Portugal teammate Bernardo Silva, who admits despite Dias' youth, he's having a growing influence across the Etihad Campus. "He brought competitiveness, character, ambition, a desire to win and leadership to our team.

"Even though he is a very young and was a new player at the club, sometimes a new teammate arrives a little embarrassed, standing back, but Ruben arrived with confidence and the ability to succeed very quickly.

"The results are there to see and he has been one of the best players on our team, and in the Premier League. It has been a pleasure to work with him since he arrived."

So they've knocked it off. The Kompany problem. Dias' arrival and impact a relief for all connected. But now they need to go again, do City. Guardiola. City's scouts. Even brother Pere, with all his growing connections. They need to get their heads together and find the Dias equivalent for their midfield.

On Tuesday's performance, replacing Fernandinho isn't going to be any quick fix. Indeed, the best solution would be convincing the captain to go around another 12 months while behind-the-scenes City find his successor.

Either way, Dias has set the standard. The question for Pep and his backroom team is: can they catch lightening in a bottle a second time?