IT'S OVER: €100M Coutinho clause expires between Barcelona and Liverpool

Ferdinand: Man Utd have no leaders - including Fernandes and Maguire

COMMENT: They didn't expect this. Not from him. Ole Gunnar Solskjaer gave his former Manchester United teammates two rude shocks in just a couple of days this past week. First calling them out over claims of Mason Greenwood threatening to go off the rails. And then came the big one. One no-one expected to come from him...

This is seismic. A watershed moment in the life of this United team. For the third consecutive game. A third game in just seven days. Paul Pogba was again started on the bench for Saturday's stalemate with Chelsea.

Fully fit. At the end of a week's team rotation. Yet, just as he did at Newcastle United. And for the big one in Paris. Solskjaer couldn't see reason to start Pogba against a direct top four rival. But the Frenchman wasn't alone. The same fate befell Donny van de Beek. The ever opinionated Dutch may be upset, including Frank de Boer, the Oranje coach, but Solskjaer isn't budging. He has his midfield structure. He knows how to balance it. And with others available, Pogba and Van de Beek just don't fit.

Two wins and a draw from the past six days is a good result for the manager. A manager who the previous week again saw Mauricio Pochettino being linked with his job. It was paper talk. Nothing substantive in the stories at all. But it was there. And when things were on the line. When he knew another slip and the heat would be turned up again. He started each of three critical games with Pogba on the bench.

No-one saw this coming. Certainly not Solskjaer's ex-teammates. Not Gary Neville. Nor Roy Keane. And certainly not, ahem, Paul Ince. None of 'em thought he had it in him. Ole was 'too nice', they claimed. He didn't have the personality to 'handle upset players'. Remember those claims? And to be fair, this column also questioned whether Solskjaer was strong enough to act if he felt Pogba couldn't help him take the team forward. But he is. And he has.

And it appears it's not just Solskjaer who's decided to rethink their approach to United's No6. News of United being prepared to enter negotiations with Mino Raiola, Pogba's agent, about a new contract came with a qualifier. There'd be no consideration for the mega money Raiola is seeking for his client. He'll get a raise, sure. But that's it. Pogba will be treated like everybody else. Even Phil Jones has seen his contract nominally upgraded in recent months. 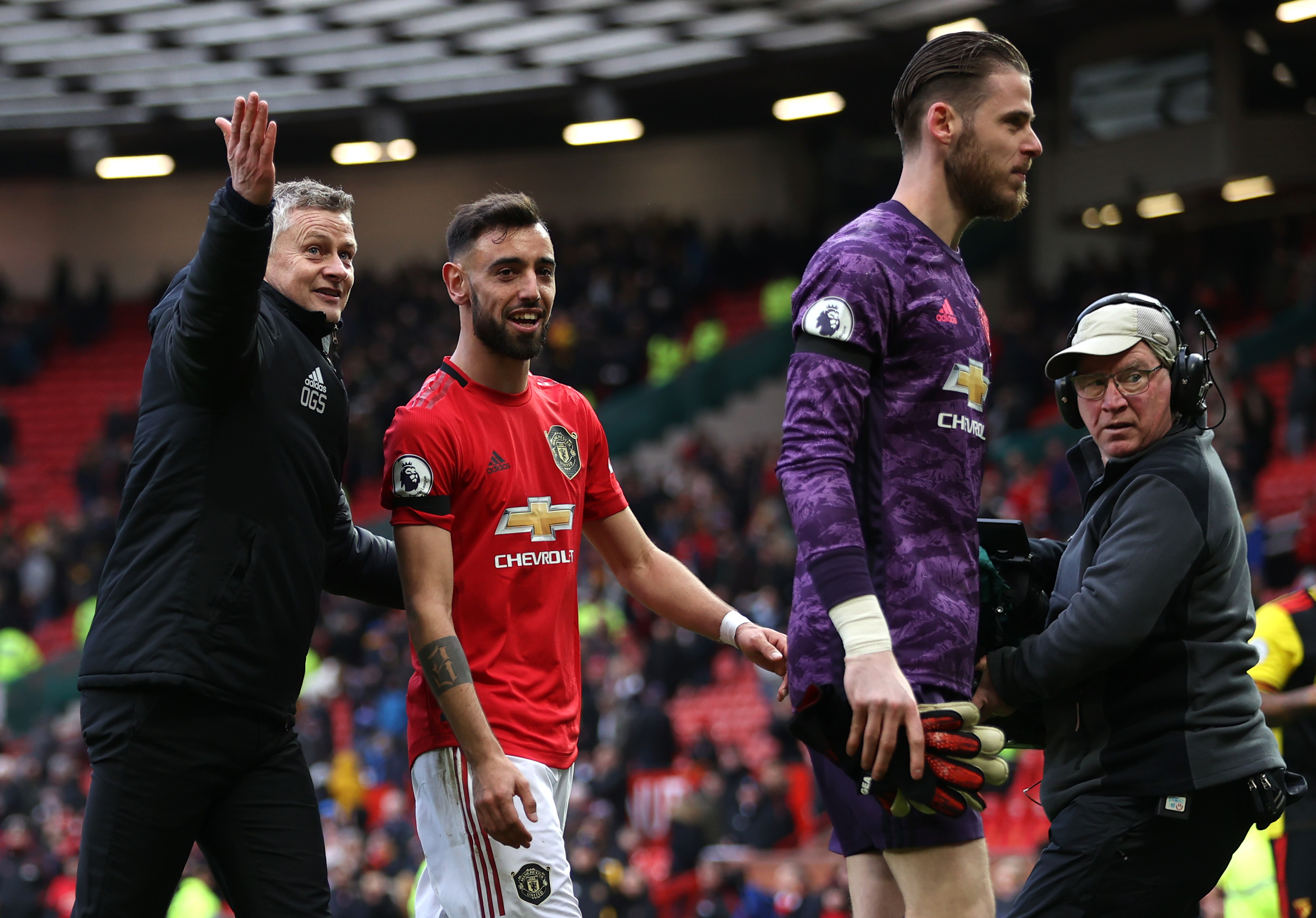 It didn't happen on the same day. But it was near enough. And the contrast couldn't have been greater. While away with France, we had Pogba - again - pushed about Real Madrid and allowing himself to be dragged into another round of transfer chatter. But finding himself in the same circumstances, Fernandes took the opposite approach.

Confronted about the fallout from United's home humiliation by Tottenham. Being hooked at halftime. And the English press claims of a blow-up with his manager. Fernandes was having none of it.

"There has been a lot of speculation," he began, in a post-match interview after victory over Sweden. "First, the discussion about my teammates didn't stick, then a discussion with a teammate just didn't stick [Victor Lindelof], then with the coach ... I think it was to destabilise, it's not true I was substituted and I was not satisfied. I didn't say anything to hurt him.

"He sent me a message to wish me luck [with Portugal] and if I wanted to talk about tactics," then the clincher: "Don't use my name to cause trouble."

Back at Carrington, the place was lifted. Erupted maybe a bit strong, but it was close. After years of international breaks and the likes of Pogba allowing himself to be manipulated, whether that be by the press or his sponsors, for a cheap headline, here was a senior player drawing a line. He can see the bigger picture. The need for unity. And the "destabilising" nature of allowing such speculation to run.

"Brilliant," was the single word response one Carrington source gave this column last week, before adding: "It was just what we wanted. I'm sure Ole is delighted."

Indeed, Solskjaer was so delighted that with his captain Harry Maguire forced out of their Champions League opener at PSG, he gave Fernandes the armband, announcing the decision with the Portuguese sitting next to him at the pre-match presser. Fernandes would go onto repay that faith by holding his nerve for a crucial penalty in the 3-1 win. A moment that had United Champions League winner Darren Fletcher likening the Portuguese's mentality to past greats Eric Cantona and Cristiano Ronaldo.

We've said it before and now it's been confirmed: Solskjaer and United have their talisman. Fernandes can be trusted on the pitch, in the dressing room and also away from the club. He's a man not just to build a team around, but to carry the club upon his shoulders. For his behaviour. For his ability. United - a fallen United - haven't seen such a player walk through their doors since Big Ron Atkinson brought Bryan Robson with him from West Brom.

And it's that Robson-like character which has allowed Solskjaer the room to make decisions that will define both his team's and his job's future. Fernandes is now setting the standard throughout the club. This is how you perform. This is how you behave. And if you can't live up to that, you don't play.

It's the best form of leadership. Leadership by example. And it's exactly what Solskjaer needed to push this team forward. Pogba can still be part of it. But it won't be on his terms. Nor Raiola's. Fernandes has given his manager the space to make that abundantly clear.

No-one saw the axing of Pogba coming. Not the player. Not his agent. Nor Solskjaer's former teammates. The manager just needed someone to help him prove he had it in him. And Fernandes, with his actions over the past fortnight, has done just that.