Felman exclusive: The truth behind the legend of Barcelona and Napoli great Maradona

The news of Diego Armando Maradona's death on November 25, 2020 reverberated around the world.

Tributes flowed from London to Nairobi to Sydney. People recalled their brief interactions, anecdotes and memories of one of the greatest to ever play the world game.

Before dominating opponents in Europe, Maradona began his career with Argentinos Juniors, located in his hometown of Buenos Aires.

Not many people knew Maradona before those days, but one such lucky individual is former Boca Juniors star Dario Felman, who recalls the scenes caused by a certain ballboy at La Bombonera.

"I'm from Mendoza, originally and that is where I started playing football at 'Club Atlético Gimnasia y Esgrima' (Mendoza)," Felman tells Tribalfootball.com in an exclusive interview.

"I then joined 'Boca Juniors' in 1975. At Boca matches, during half-time, the crowd would be applauding a highly skilful ballboy, Maradona, for the tricks that he would be doing with the ball.

"His technical ability was already really impressive. He already had a 'sensibilidad' (sensitivity) with both feet that no-one could match. These days, if you had thrown a mobile phone at him he would have been able to do tricks and play with it like a football!" 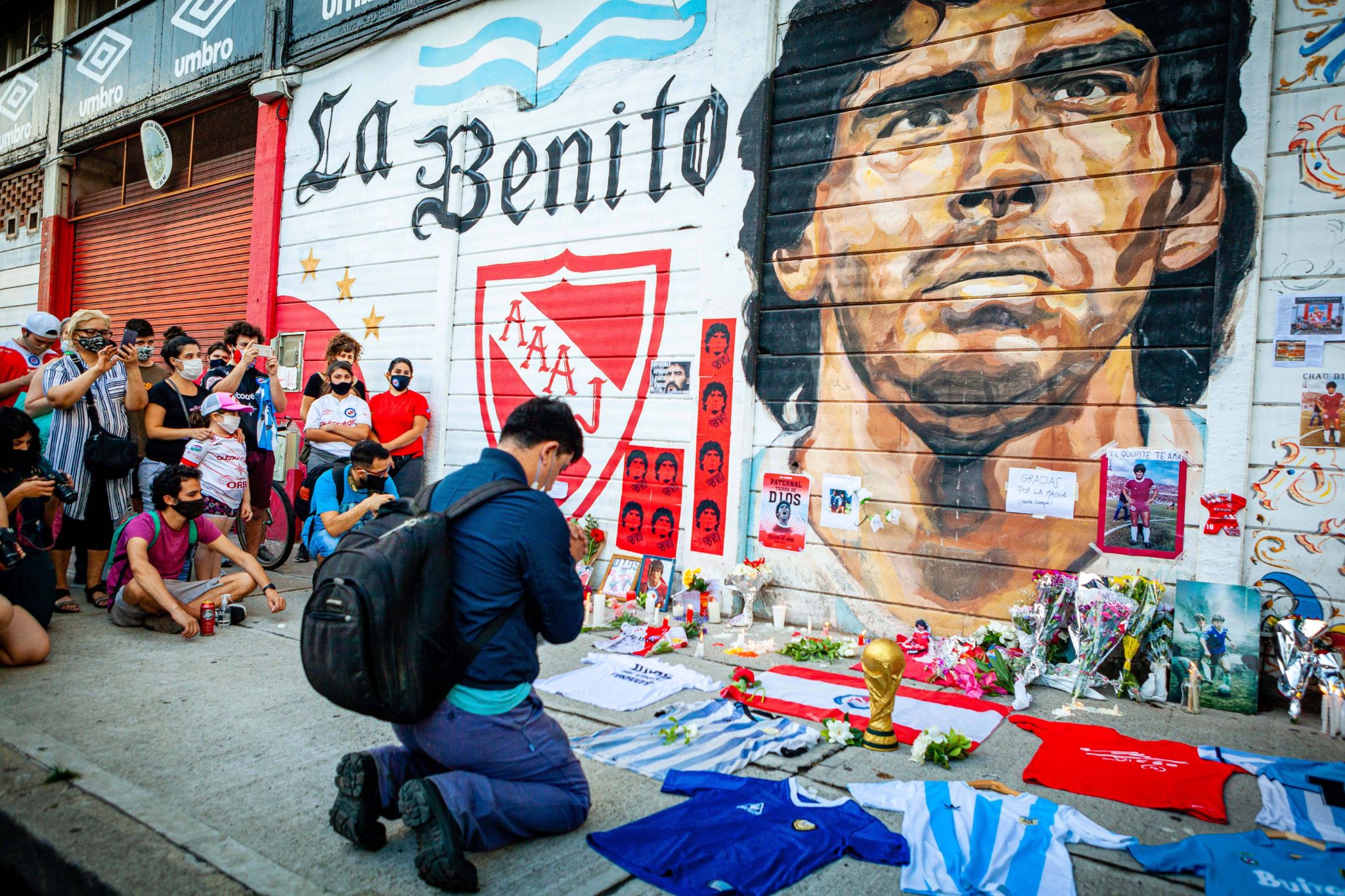 Little did he know at the time but Felman would soon reach a significant milestone alongside the young Maradona.

Thanks to his exploits with Boca, Felman earned a call-up to the Argentina national team as part of the preliminary squad for the 1978 World Cup. He was joined by Maradona, who was just 16 years old at the time.

"We both played for Argentina, in 1977, in a friendly against Hungary and we won 5-1," says Felman. "It was my debut and Maradona's debut for the national team.

"It wasn't so much the victory that impressed me, it was Maradona's ability and determination in the match…and he came on as a sub!" 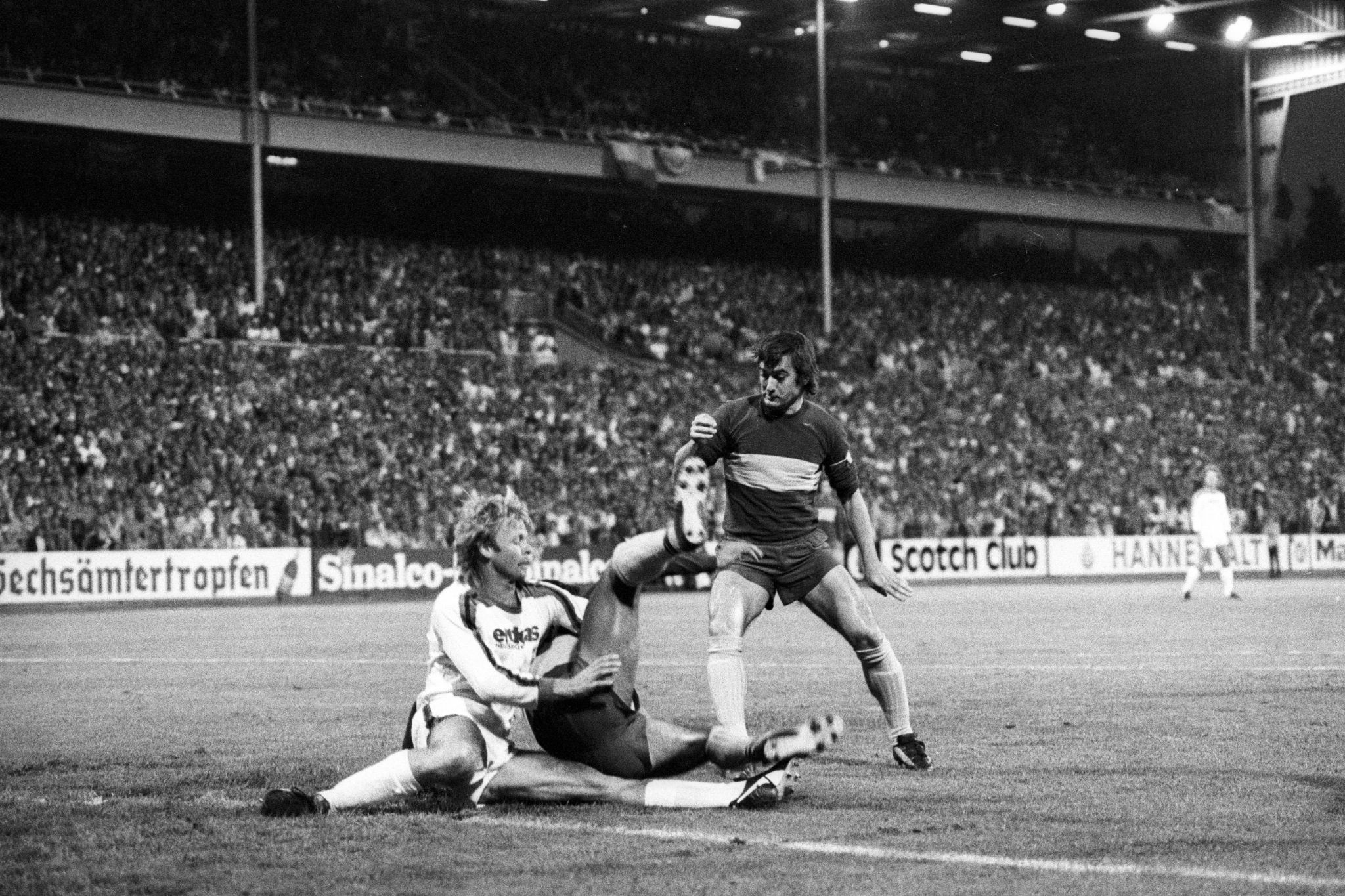 Felman eventually secured a move to Spanish side Valencia in 1978, and would go on to become a legend at Mestalla.

He would once again cross paths with Maradona, this time as an opponent after the diminutive playmaker joined Barcelona.

"After the 1982 World Cup, Maradona's debut for FC Barcelona in La Liga was at Mestalla against Valencia CF," Felman continued.

"Maradona scored the opening goal but we (Valencia CF) won the match 2-1. The stadium was packed, a lot of the public were there to see Maradona's debut and we as a team enjoyed seeing him play.

"We met after the match and he treated me just as well as when I knew him back in Argentina and he was already very famous and rich by then playing in Europe for FC Barcelona."

Maradona would go on to dominate football in the 1980's.

After falling out with Barcelona in 1984, he was sold to Serie A club Napoli, where he would enjoy the best years of his career, winning two Scudetti and a 1986 World Cup triumph with Argentina. 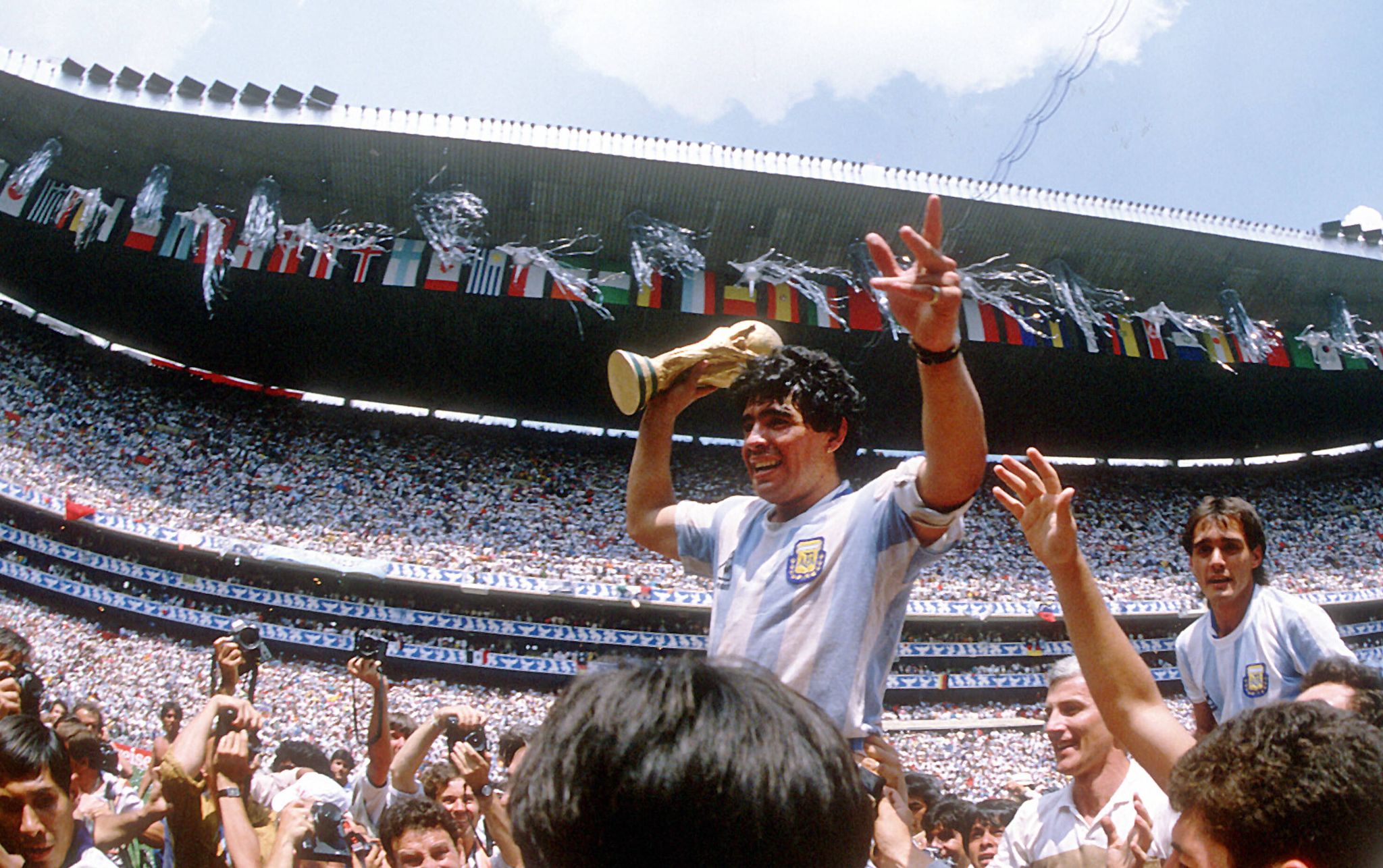 Maradona with the 1986 World Cup

Despite his excellence on the field, Maradona struggled with drug addiction and the cruel reality of fame which saw his career spiral out of control, culminating in a 15-month ban for cocaine abuse in 1991.

Maradona would never fully recover from his personal problems, problems which Felman believes stemmed from his inability to deal with the fame and wealth he attained from football.

In the end, according to Felman, "if (Maradona) had good mentors in his life, he would still be with us now, and we would still be enjoying his involvement in football."

"Unfortunately, fame will affect the person who is not prepared for it," Felman continues. "I don't think he ever went to a supermarket when he was in Barcelona. By then, all his means of transport would have been in limousines and private vehicles. Deep down, he was a normal little lad but with a huge responsibility on his shoulders.

"When their captors asked them their nationality and they replied 'Argentinian'…their captors would always reply with a warm smile: 'Maradona!' …and it occasionally got them out of sticky situations!" 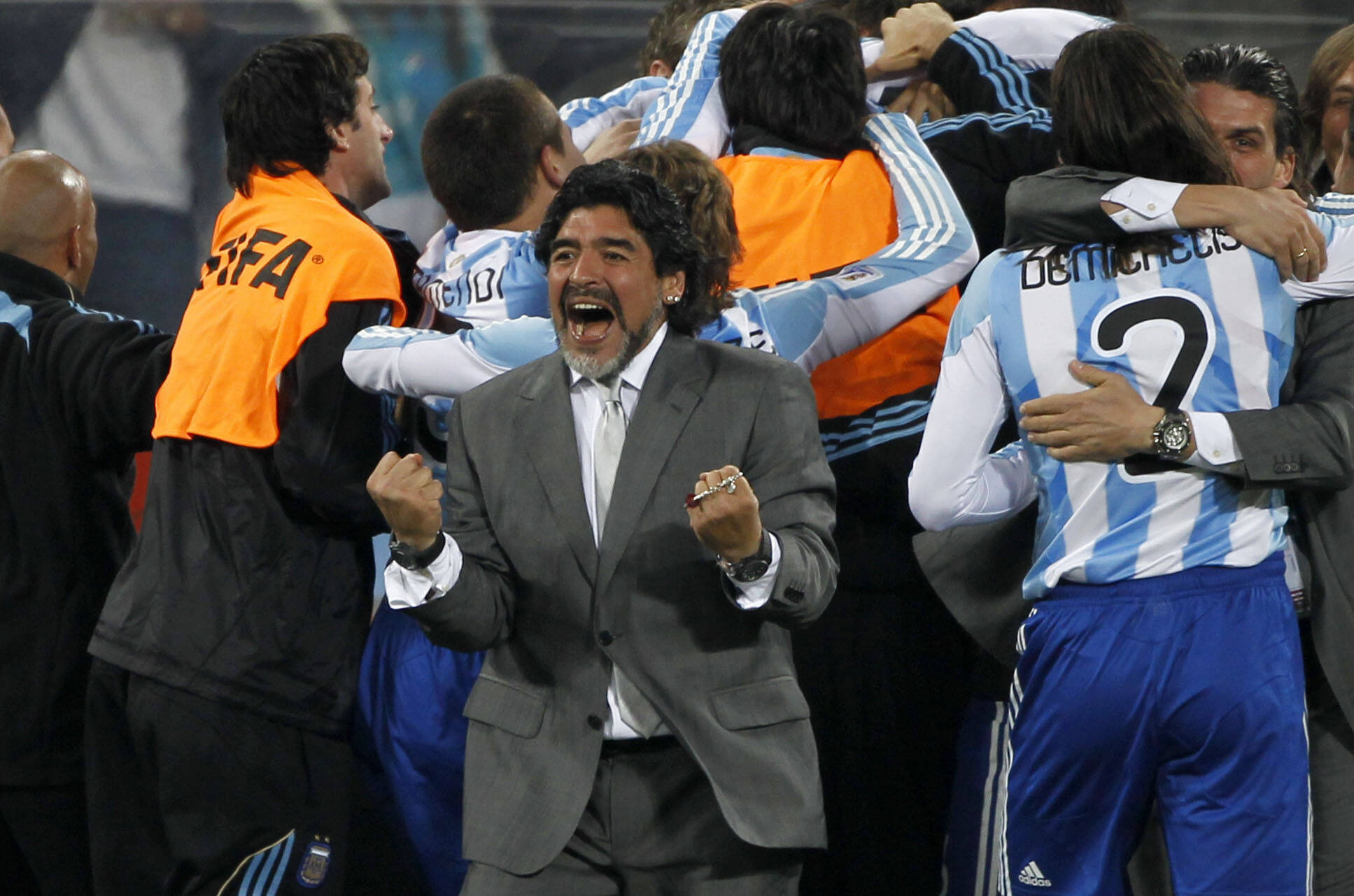 Maradona as Argentina coach in 2010

Along with Pele, his fellow South American, Maradona is widely considered as one of the first global superstars of football.

Blessed with immense control and skill, he was a player who seamlessly glided past defenders and was idolised for the way he played the game. According to Felman, the current generations should also thank Maradona for influencing the way footballers were remunerated for their skills.

"A lot of the 'young millionaires'' of today have Maradona to thank for opening the door into making football a 'negocio' (business) that provides many footballers with the material status that they now enjoy, much more than previous generations of futbolistas," Felman explains.

"For example, if Maradona was offered to play a match in Japan for X amount of money, he would ask for 10 times that amount to even consider playing an exhibition match there. Maradona sowed the seeds regarding financial abundance for top players in his sport, and later generations of footballers reaped the harvest and they have Diego to thank for those special privileges."