One full season under his belt. He's played more games off the bench than from the start. And he's now 22. Yet no-one connected to Porto are slapping themselves on the back after seeing Fabio Vieira sold to Arsenal this month...

A late bloomer if ever there was one, managers and scouts across Europe have known about Vieira and his talent for years. It was never ability that saw the midfielder held back, but physique. Sergio Conceicao only handing Vieira, who stands at 5ft 7in, a debut at 20 years of age. And even then, Porto's coach refused to simply throw his prospect in at the deep end. Instead, Vieira would be introduced gradually - including last season. In total, Vieira has appeared just 34 times in the league for Porto, with 20 off the bench.

On paper, it's not exactly a great sell. But that cv also includes a Player of the Tournament for last summer's U21 Euros, with Vieira helping Portugal to the final. And even more significantly, despite limited minutes, Vieira ranked No1 in assists across Europe's top five leagues in terms of ratio last season. The 22 year-old's 14 assists coming in just 27 appearances as Porto finished Primeira Liga champions.

The record came as no surprise to Porto's coaching staff. Vieira, from top to bottom, is a Porto man, having come right through the club's acclaimed youth system. Former Portugal international Manuel Tulipa could see Vieira's creative abilities when coaching within the club's academy.

"Fábio Vieira is special, because he can see everything with his mind on the pitch," says Tulipa. "He is a player with the last pass and with arrival in the area, a goal, mid-range shot and dead balls.

"He also improved in terms of pressure orientation, but what I see as surprising is the way he displays his quality when many teams are defending deep on the field and he manages to decipher what the game asks for. These players are the ones who are worth a lot of money." 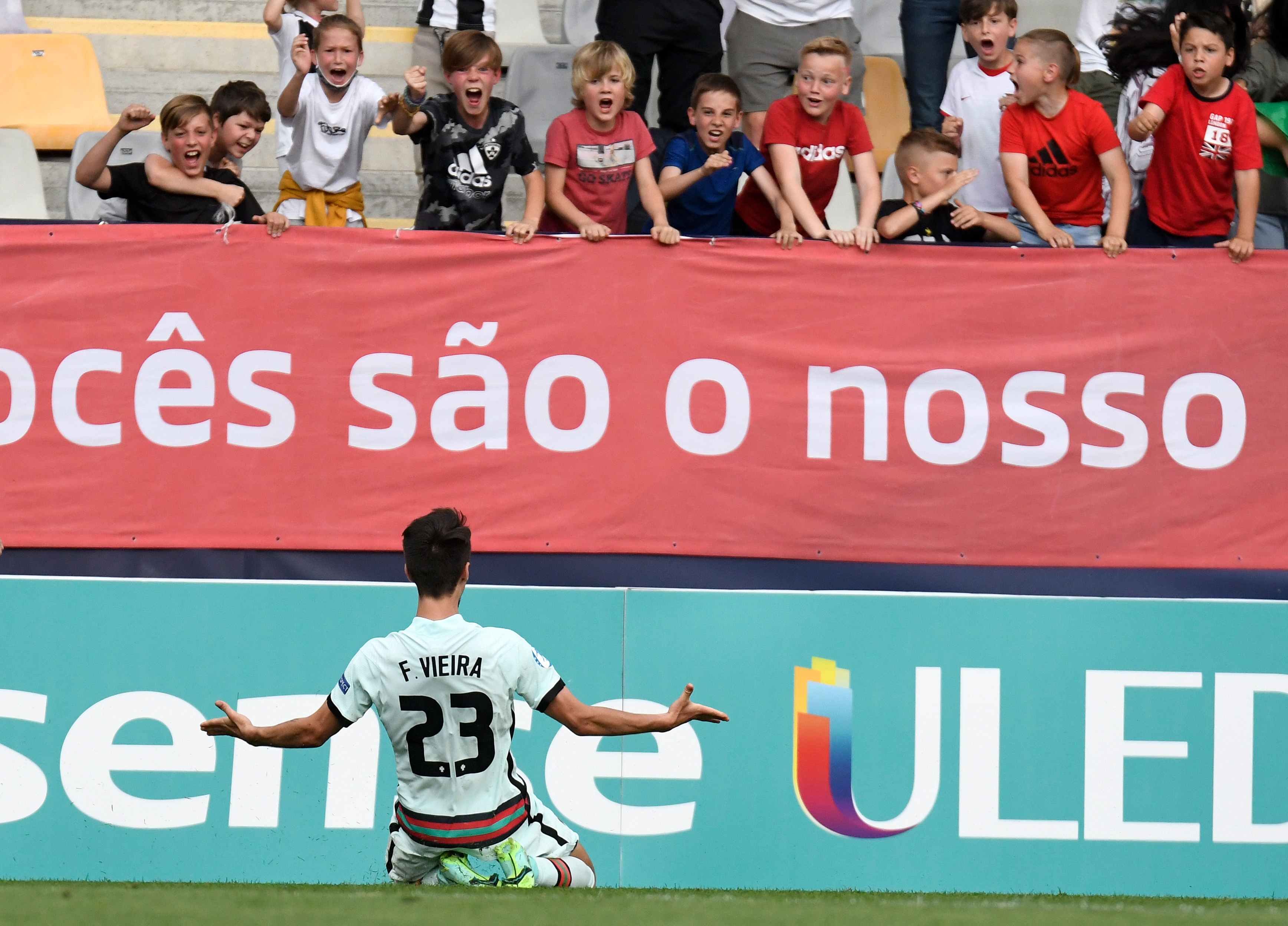 Vieira scores against Spain in U21 Euros semifinal

Which is exactly why Edu, Arsenal's technical director, pushed so hard to bring Vieira to London this summer. Acting now, before the player truly establishes himself, has knocked millions off his price-tag. While €35m down plus €5m is still steep for a player of Vieira's inexperience, many Porto identities are convinced they've sold their young star on the cheap.

Jose Fernando Rio, for one, lashed out in the aftermath of Vieira's sale. A former candidate for the club's presidency, Rio is convinced Porto were too quick to cash in.

"He was a player who was asserting himself and showing he could be an important piece in the higher goals that Porto claims to have," barked Rio, "yet he ends up leaving well below market value.

"I imagine that at this moment Sergio Conceicao is very angry, he has made it public that he's never worked under ideal conditions."

Rio is likely to be correct. For Conceicao, there'll be frustration. Not just from losing a player about to explode, but also for all the hours he and Vieira put in on the training pitch together.

As mentioned, Conceicao had held back Vieira these past two years. But he didn't ignored him. And the one-on-one time he gave Vieira was appreciated by the player.

"With Sergio Conceicao I learned many things that I was not used to having in my game," says Vieira. "He was the first coach who really instilled in me what I should add to my game to reach the top level, which is what I want. Sometimes it's hard, it has its tough days, but it's part of it. We always want to be at our maximum and he also wants the team to always be at our maximum, which is completely normal."

Vieira, adding credence to Conceicao's gradual approach, also admits: "I felt I had to improve a lot in my commitment without the ball, for example. I know my qualities, I know the quality I have with the ball, but I knew that was not enough. That was one of the things that the mister instilled in me from the beginning.

"He has helped me become a more complete player."

As Rio lamented, all that work and commitment from Porto's coaching staff is now to the benefit of Arsenal and Mikel Arteta - a manager not dissimilar to Conceicao in his approach. Indeed, just as he's done with Martin Odegaard, there is a belief Arteta will also carry on Conceicao's development of Vieira.

"I am very excited that we have identified and signed such a special talent," says Arsenal's manager. "Fabio is a very creative player that will bring high quality and versatility to our attacking play."

As we say, on paper, for his experience, a fee rising to €40m does seem a gamble. But that's not counting on the influence Vieira has shown when he's actually on the pitch.

"Fábio Vieira is a great player," says Pepe, Porto's young Brazilian winger, "he would be missed in any team in the world, but we will work to replace him."

Inside that London Colney gym, Vieira will get stronger. On those Hale End pitches, he'll get wiser. And in time, thanks to the grounding received at Porto, Vieira will have every chance to fulfil his potential as an Arsenal player.

Even at €40m, no-one connected to Porto are slapping themselves on the back after this sale.