Rafa Mir is focused solely on helping Huesca avoid relegation from La Liga and will wait to assess his future in the summer.

The Wolves striker joined Huesca on an 18-month loan in January 2020 and helped the Aragon club claim the Segunda Division title with 9 goals from 18 appearances.

A former Spain U21 international, Mir has thrived in the bright lights of La Liga with 12 goals to his name so far this season, the most top-flight goals by a single player in Huesca's history.

Clubs across Europe have taken notice of the 23-year-old, but Mir says he is not worrying about his next move until the season is over.

"I think I'm the same footballer, maybe I've improved a lot," Mir said when asked how his game has changed over the past two seasons.

"At Huesca, I've found people who trust me, which every footballer needs, and the time I'm here, it's really good for me. I'm really involved in everything we're doing.

"For the future, I don't know. I'm focused on my daily work and I'm working very hard 100 per cent for the coach and to help my fellow players.

"And at the end of the year I think we'll all sit down and see what's the best for my future.

"But it's not something I'm worried about at the moment. All I'm thinking about is focusing 100 per cent about playing for Huesca and at the end of the season we'll see what's the best for me, for the club and for everyone." 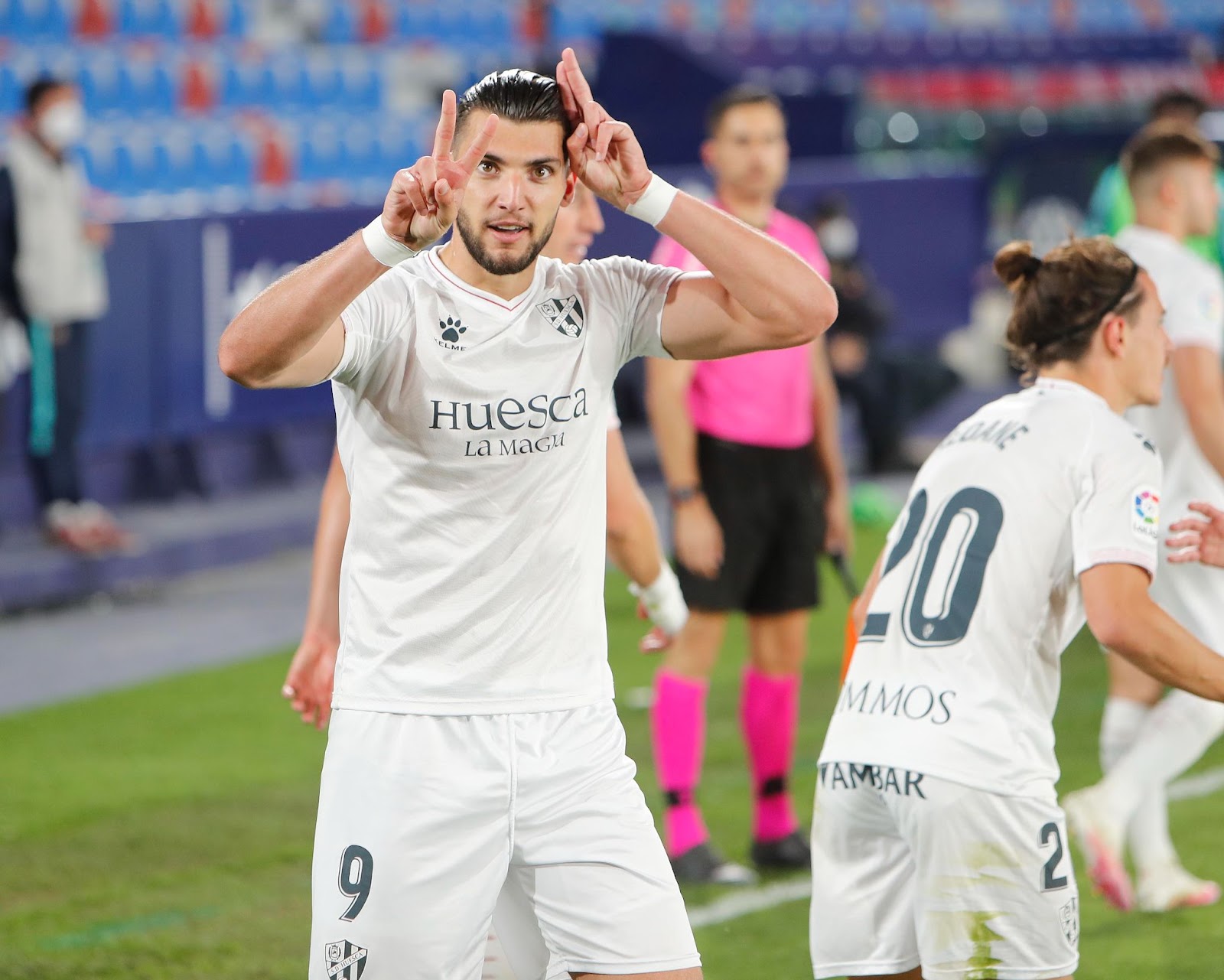 After spells with Barcelona and Real Murcia in his youth, Mir got his first break with Valencia under Nuno Espirito Santo, who would sign him at Wolves in 2018.

The 6ft 3in forward struggled to break into Nuno's side and was subsequently shipped out on loan, first to Las Palmas and then Nottingham Forest, before eventually landing at Huesca, a club which has made him feel at home.

"I'm really happy," Mir told last week's La Liga video conference where Tribal Football was present. "I feel in great physical form. The new coach [Pacheta] has allowed us to believe in ourselves.

"Over the last year I've got a more important role in the team, we've been working hard and we're trying to help all our squad members and we've got everything established and now we're trying to stay in the first division and that's what we're working on." 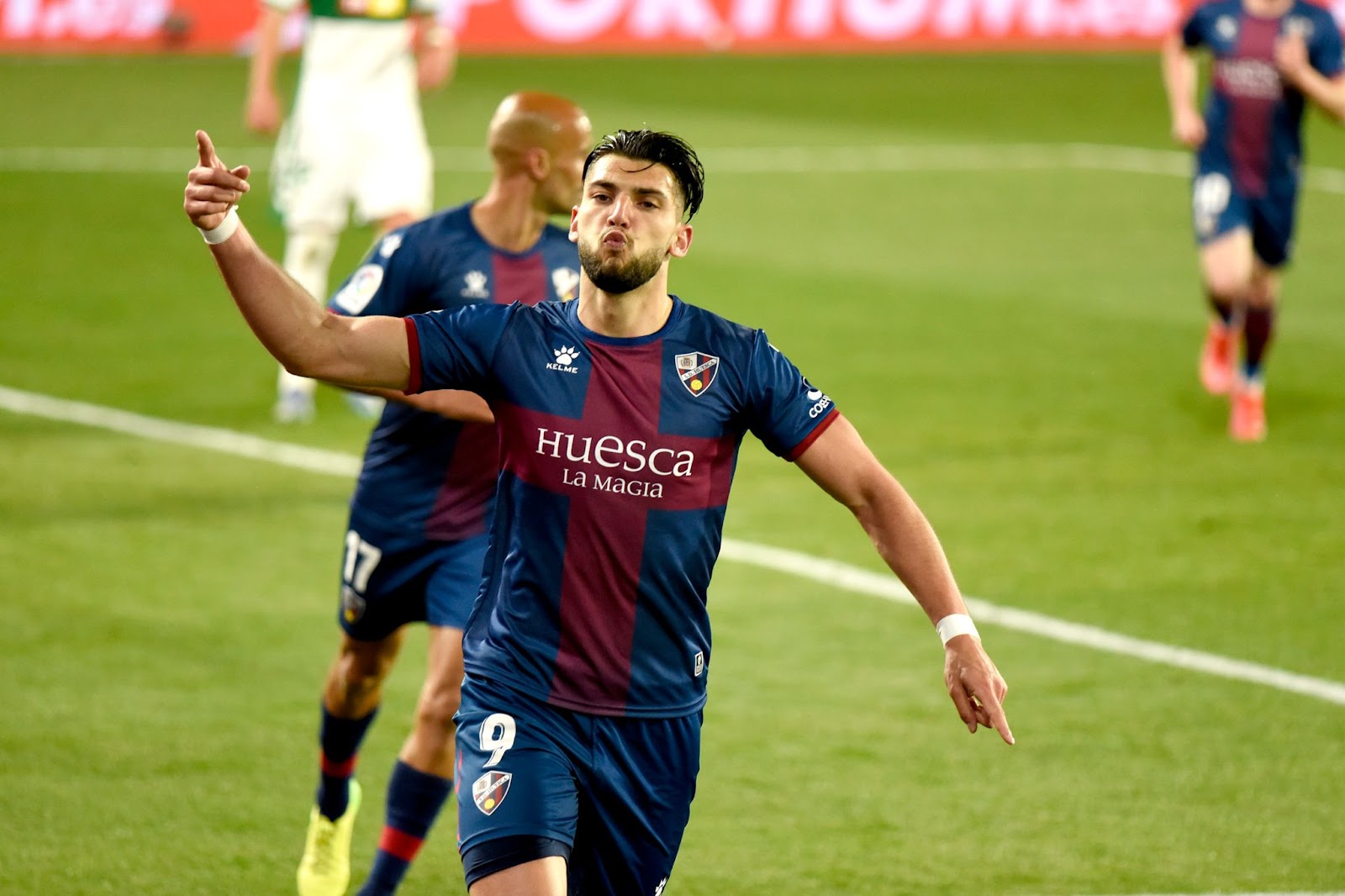 In a league containing Barcelona and Real Madrid, Huesca have punched above their weight this season playing in their 7,638 capacity Estadio El Alcoraz.

The club based amid the foothills of the picturesque Pyrenees are looking to avoid another relegation, having suffered the same fate in their debut top-flight season in 2018/19.

Pacheta's side are three points from safety with five games remaining, and Mir hopes their spirit and camaraderie can pull them over the line.

"We're really united," he says. "We're all going in the same direction, it's important. We're a small team, we have to fight for things a lot more than the others.

"We've got a really good atmosphere among all the players, from the first player right down to the kitchen staff. We're a really united club and that's very important for everything that we have at stake at the moment."