Valencia legend Dario Felman has backed the appointment of Jose Bordalás, but warned the club must support their new manager.

Bordalas was appointed as Valencia manager following the sacking of Javi Gracia in May.

The Spaniard is Valencia's third manager since Marcelino was shown the door by owner Peter Lim in September 2019.

Off the field, Lim has sought to raise funds by selling off-prized assets such as Ferran Torres, Dani Parejo and Francis Coquelin.

The moves have had an impact on the field, with Los Che finishing 13th last season after a ninth-placed finish in the 2019/20 campaign.

Despite the boardroom uncertainty, former Argentina ace Felman feels Bordalás is capable of steadying the ship at Mestalla.

The 57-year-old is coming off a successful five-year spell with Getafe, taking the club to their best ever fifth-position league finish in 2019.

Speaking exclusively toTribalFootball.com, Felman said of Bordalás: "I think that he is a most capable manager.

"Being from Alicante, he also knows the Valencia region and its character and the expectations of the fans and the club. Bordalás has started out as a manager in the way that all managers should start out, in my opinion, which is from the bottom. 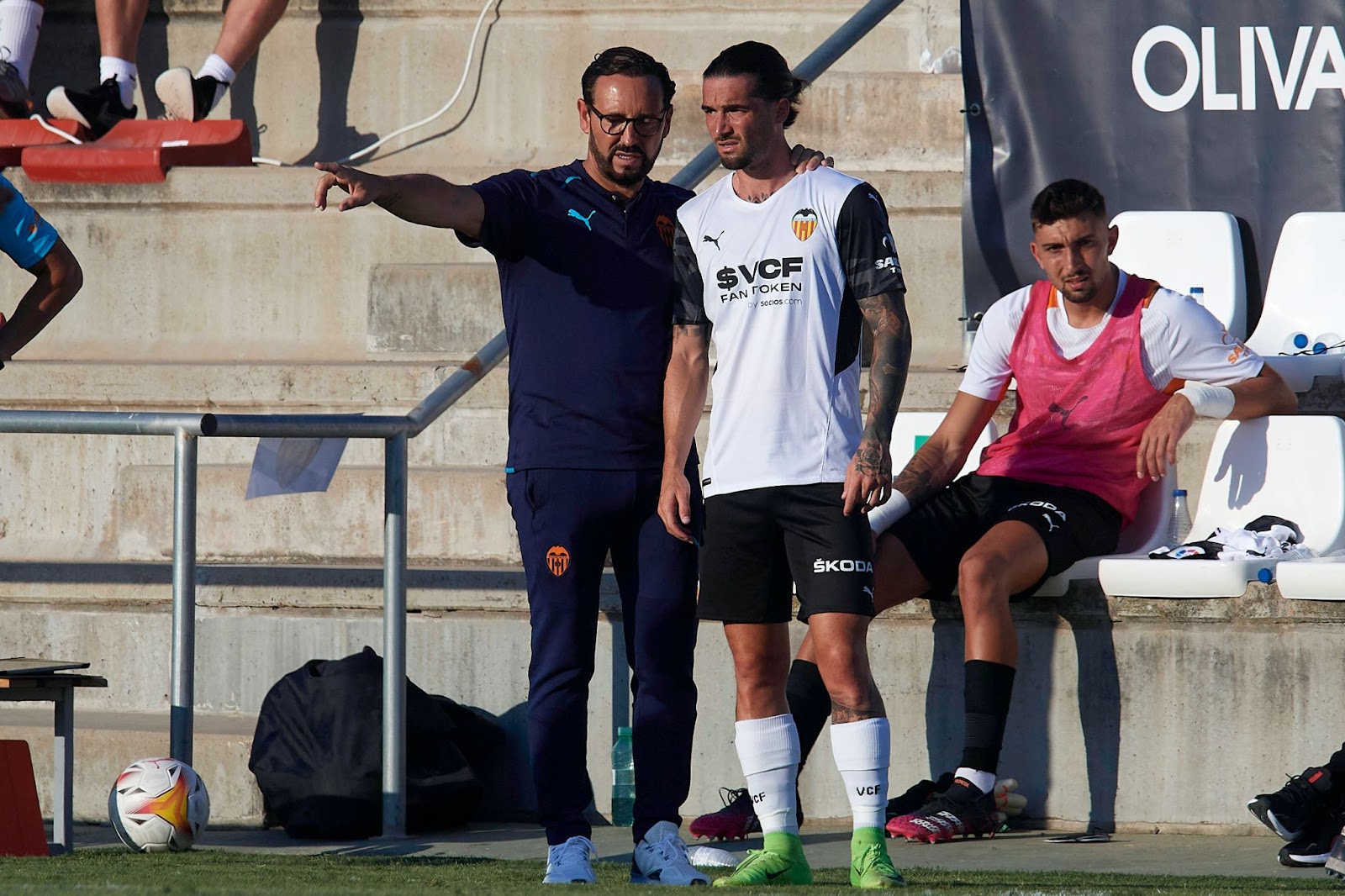 Bordalas will be aiming to turn things around in Valencia

"Indeed, he went up the ranks and ended up running a really effective Getafe side that challenged Valencia CF for about 3 or 4 years in La Liga, which is really impressive."

However, Felman says Bordalás will face the same fate as his recent predecessors if the club continues to neglect the first-team squad.

Felman, who spent five years with Valencia, slammed the Meriton ownership group - led by Lim - for failing to provide support in the transfer market.

"I only hope that Bordalás doesn't suffer like the previous manager, Javi Gracia. It is not the fans I'm worried about…it's the owners," the 73-year-old added.

"The Valencia fans are angry with the owners (Meriton) because they are running the club as if it is some sort of futbolin ('table football') club.

"If the owners buy 'macetas' ('bloody pot plants') instead of 'Sleek Mercedes cars' regarding new players…it is going to anger the fans.

"It is the manager, Bordalás, who should be involved in all parts of the process of choosing which players to buy in the transfer windows and not the current owners, because they know nothing about football!"