It is not easy for a 21-year-old to move overseas for the first time in perfect circumstances, let alone in the midst of a world-wide pandemic.

That is the present reality for Southampton winger Tyreke Johnson, who joined Hartford Athletic on loan on February 24, just two weeks before the United Soccer League suspended their season.

The fluid nature of the COVID-19 outbreak persuaded Johnson to stay in the United States rather than fly back to England.

And the Englishman is thankful restrictions in Connecticut weren't as severe as neighbouring New York, currently the worst affected state in the country.

"It's been crazy," Johnson tells Tribalfootball. "If we aren't able to go outside the house then we're going to start struggling. At the moment because we can go running and play a bit of football, it's not too bad. But it only looks like it's getting worse at the moment."

It is in Connecticut where Johnson plans to impress his parent club, with the help of his former Saints U21 coach Radhi Jaidi, who he says was a major reason for him making the unorthodox switch to American football's second-tier.

"Joining a new team is hard, so as soon as I saw Radhi there, it was easy for me to settle straight in.

"[He is] demanding, he wants you to do things his way. He's a good people person as well. He'll try and understand what you're saying and try and help you, and always try to push you as hard as possible, extra sessions, just keeping you focused on football for as long as possible." 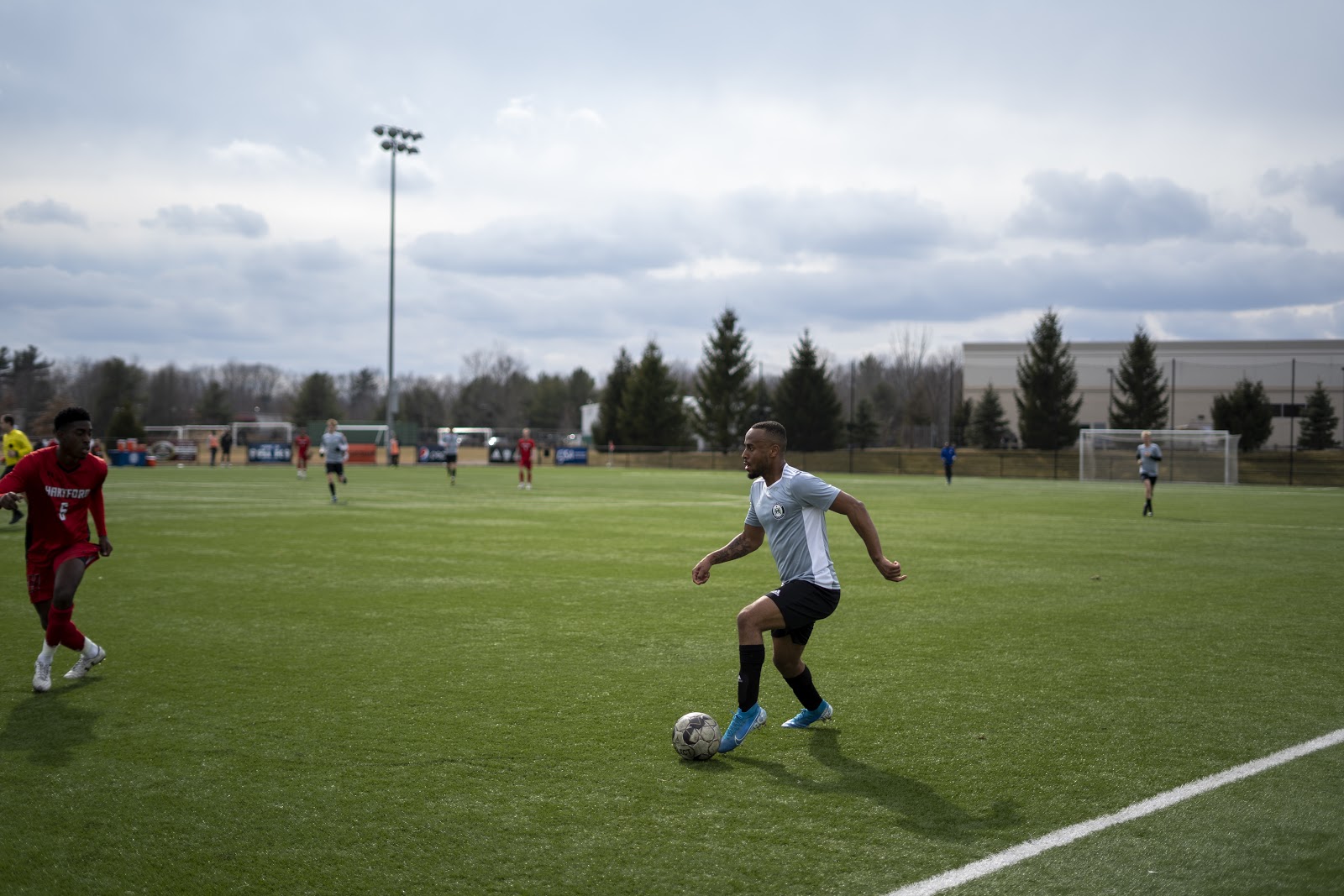 The Tunisian's appointment as Hartford manager in November - his first senior management role - established what the clubs hope will be a long-term relationship, with Johnson likely the first of many Saints players who will cross the Atlantic in years to come.

For Hartford, they now have the prestige of alignment with a Premier League club and access to talented young players from their famed academy, while Southampton can now give their youngsters experience in an up-and-coming lesdague under the guidance of one of their own.

With his contract expiring in 2021, it is this connection that Johnson hopes will allow his progress to be closely monitored at home.

"That's the plan [to stay at Southampton]. I want to be playing as high as possible for as long as possible. Keep impressing and getting good feedback. Raidi knows the coaches there so he can speak with them about me."

Saints supporters will remember Johnson well from his surprise debut against Arsenal in December 2018, his first of three first-team appearances.

It was Ralph Hasenhuttl's second game in charge after replacing Mark Hughes, and with bottom-placed Saints close to securing an important win over Arsenal at St. Mary's, Johnson was thrust into the action with minutes remaining.

"That was surreal. When you're young you look forward to that moment.

"It was unexpected during the week, and then to be mentioned on the bench was big enough, and then to come on was unbelievable. I didn't expect to come on because it was quite late on, so I was thankful."

The south-coast club have a history of blooding young stars, Gareth Bale, Adam Lallana and Alex Oxlade-Chamberlain to name a few.

And Johnson says his spontaneous debut validated his decision to join the club from Swindon Town in 2014.

"That's something you look at when you're looking [at clubs]. I know I had clubs interested in me, but that's the thing that stood out was the amount of players they bring through.

"And it's clear as soon as you get there that there is a pathway and that hasn't changed even now. There's still players coming through. So it's a positive place to be for a young player." 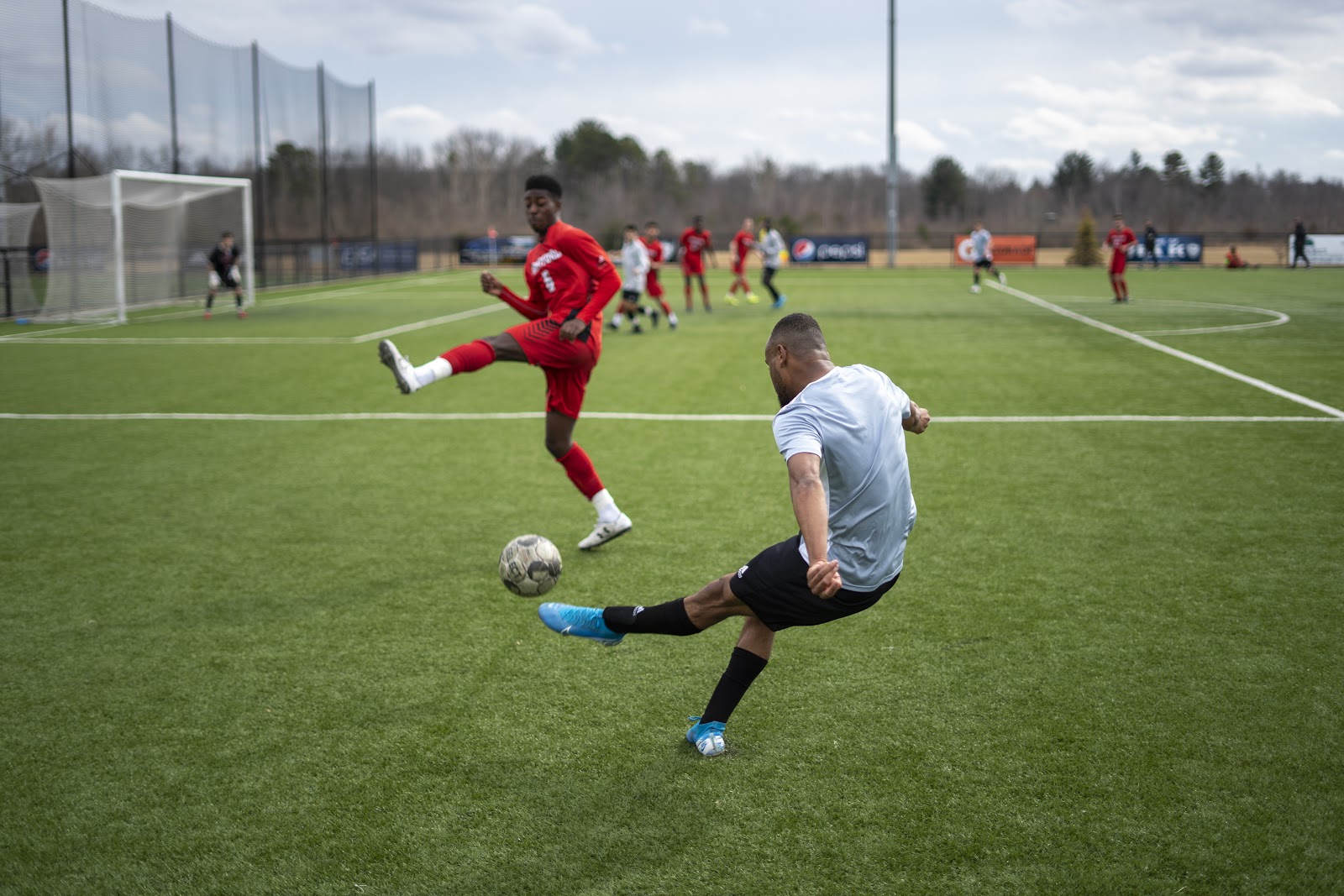 Johnson's stint with non-league side Woking earlier this season ended after just 12 appearances when the youngster dislocated his shoulder in a match against Chorley.

It was enough of a taste of senior football to leave Johnson wanting more, leading to his ambitious move to the East Coast.

Although he is no longer training with the likes of Danny Ings and James Ward-Prowse, Johnson has been impressed with his new teammates and hopes he can have an impact on Athletic's season, if and when it resumes.

"There's a good standard of players here, it surprised me how good some of the players are.

"Our team is quite young but you can see that there is going to be some good players in the future. And the more experienced players are helping out the boys, so they are quite good as well. Even like playing in front of the fans. Because I've met some of the fans up here and they just seem like great people and great supporters, there's a big fan base here."