It's hard to argue that Terry Curran's career is not one of the most unique in football.

Long before football became big business, there were other factors involved in deciding where you would ply your trade. In Curran's case, that factor was the love of boyhood club Sheffield Wednesday.

But the talismanic striker wasn't just changing clubs when he joined Wednesday from Southampton in 1979. He was also dropping down from the First Division to the Third Division.

"To put that shirt on, this is how much I love Sheffield Wednesday, can you tell me what player would drop down to the First Division to go and play Third Division football? There isn't one," Curran tells TribalFootball.com in promotion for his new autobiography, Gimme The Ball.

It was only five years earlier that Curran was playing for legendary Nottingham Forest manager Brian Clough, who signed him from Doncaster Rovers for £50,000.

Curran helped Forest win promotion to the First Division but eventually left for Derby County, then Southampton before making the fateful decision to join another larger-than-life manager, Jack Charlton, in March 1979.

A versatile attacker who could play in a number of positions, Curran quickly became a favourite of the Hillsborough faithful.

With Curran scoring 24 goals during the 1979/80 campaign, Wednesday were able to win promotion to the Second Division. 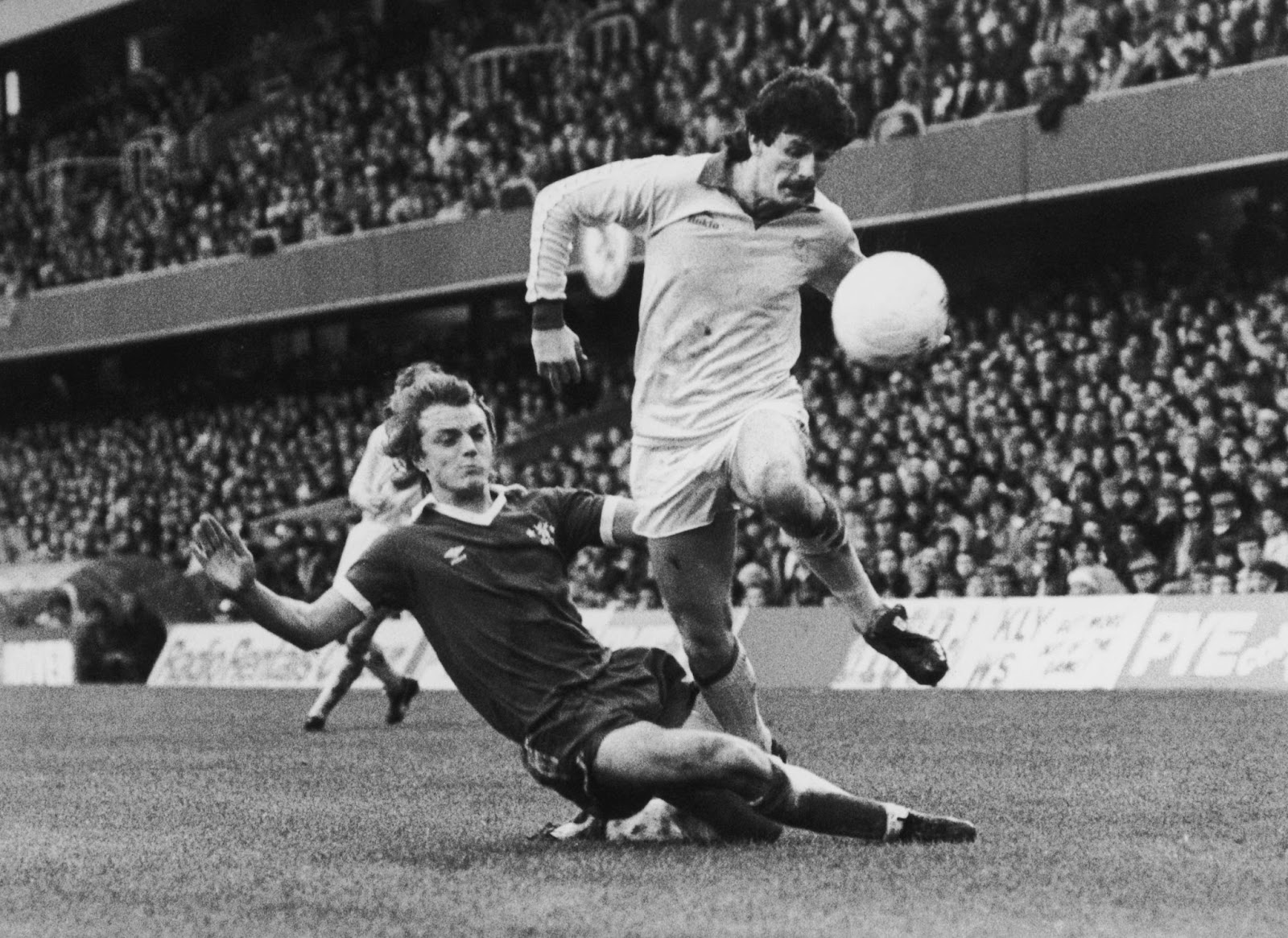 Curran evades a Chelsea defender whilst playing for Wednesday

The Owls missed promotion to the top-flight by a single point during a season in which Curran's relationship with Charlton slowly deteriorated.

"You will never meet a nicer guy than Jack," Curran explains. "I knew (former Leeds United midfielder Billy) Bremner quite well and he would say to me, you remind me of Don Revie and Jack, always arguing.

"Don wanted to play football and Jack wanted to get the ball at the other end of the pitch as quickly as possible.

"So that's what we clashed over. It doesn't do you any good because your brain is telling you one thing but another thing says don't get against the manager because you'll argue, and that's exactly what we did. But as soon as we had an argument he would say let's go down to the pub.

"We would go into the cafe for a cup of tea and a laugh. I did not like the way Jack played football, but you'll never meet a nicer man than Jack."

In another twist in Curran's career, he agreed to join Wednesday's bitter rivals Sheffield United after they paid £100,000 for his signature.

But the move never felt right for Curran as he scored just three goals in 33 appearances and was sold to Everton after just one season at Bramall Lane.

Explaining his decision, Curran said: "I asked Jack for £11k pound signing-on fee when I signed for Wednesday. He offered £11k but he wouldn't pay the tax. Sheffield United offered me £50k signing on, so I went to play for them. I could have got £150k from Newcastle United and £800 pounds a week.

"But I promised United I would sign for them so I went. I was arguing with Jack about football and the tax, so I went to United. Do I have regrets about it? Of course, because I'm a Sheffield Wednesday supporter.

"But I only did it to make Jack angry and it was the worst thing I did. I went from Nottingham Forest to Derby but it wasn't as bad as joining Sheffield United. Maybe regret is too harsh, but I was disappointed in myself and I let down my own supporters by going to play for our neighbours who they don't like."

Curran went on to win the First Division title with Everton before his career wound down with spells at the likes of Huddersfield Town, Sunderland and Grimsby Town.

But there was only one club who held a special place in Curran's heart.

Wednesday are currently in League One and have not played in the top-flight since the 1999/2000 season. Curran admits the club still have a massive fanbase, but he denies that they are a sleeping giant due to their lack of ambition to win trophies.

"It can be a giant club," Curran says. "Is it a sleeping giant? No. I went to Everton and Everton are a giant club. The difference between a giant and a club like Sheffield Wednesday, which has a massive fanbase, is that Everton want to win trophies.

"They've also had owners that will put money in to win trophies. So Sheffield Wednesday aren't a sleeping giant.

"They've got a massive fanbase and until it gets a Roman Abramovich or a billionaire because that's what you need to win trophies today, then you will see what a giant of a club it is. People say oh we're a sleeping giant, but we've never won the major trophies."