The Bees made Onyeka their first signing after winning promotion to the Premier League.

The 23-year-old was recruited from FC Midtjylland, where he starred for three seasons after being picked up playing for Nigerian side FC Ebedei.

A dynamic midfielder, Onyeka's potential was on full display in Brentford's stunning win over Arsenal in the first Premier League game of the season. 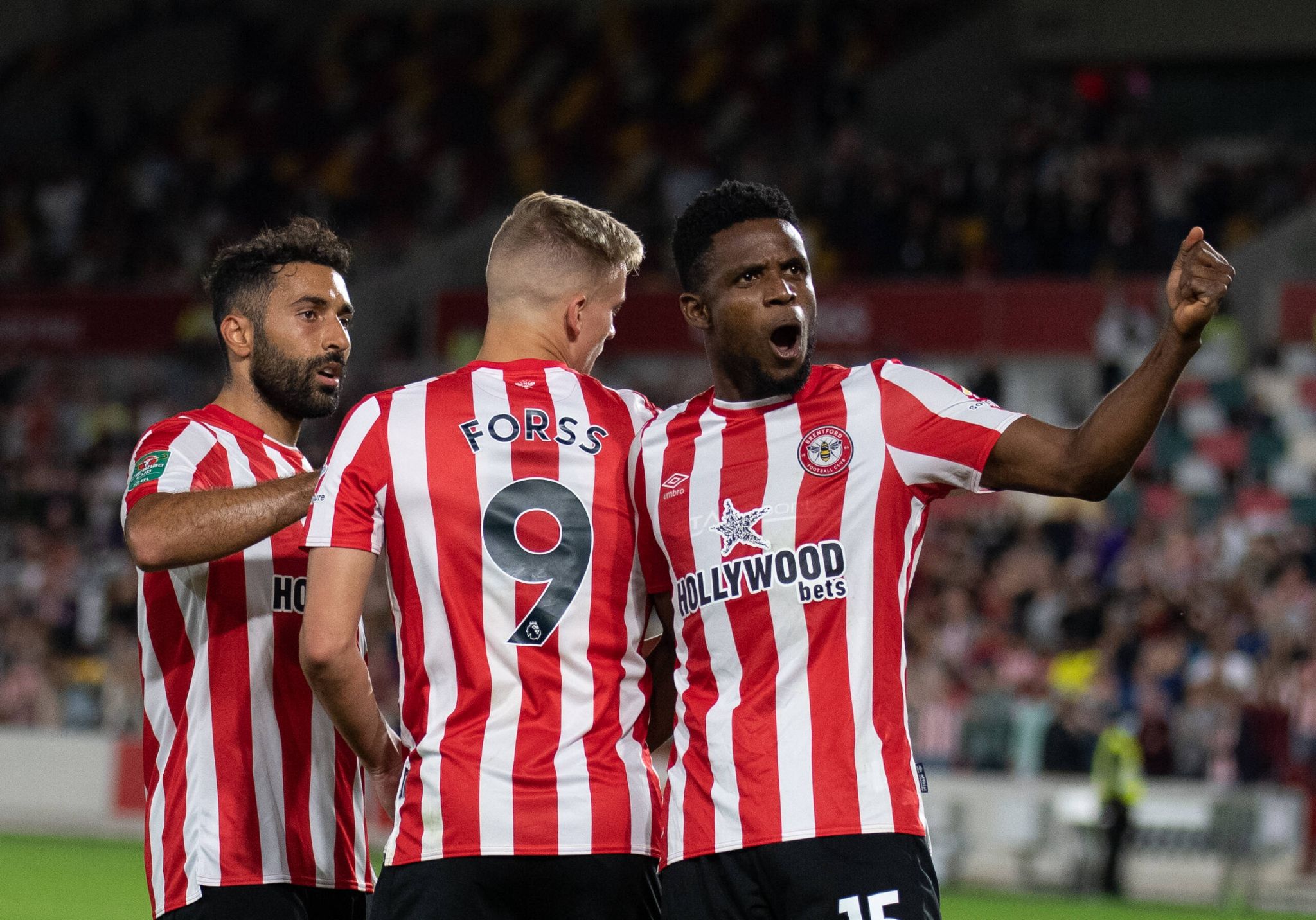 Onyeke celebrating with his new teammates

Amuneke, the former Barcelona and Super Eagles star, still keeps an eye on young Nigerians plying their trade in Europe.

And the 50-year-old thinks Onyeka will thrive without the pressure of playing for one of England's bigger clubs.

"It is good that he joined newly promoted Brentford in the Premier League and he will have the possibility to exhibit his quality.

"I thought he had a fantastic debut against Arsenal."

Onyeka has also been found on the international radar.

Nigeria coach Gernot Rohr called Onyeka up for the first time in September 2020, and gave him his first cap against Algeria a month later.