The Reds managed to climb back from eighth on the table to finish third by season's end.

An avalanche of injury concerns, which included the loss of three senior centre-backs, permanently derailed Liverpool's title chances at the turn of the year.

Jurgen Klopp's side lost six from seven games between February 3 and March 7, which put Champions League qualification in jeopardy.

But the defending champions stopped the bleeding by failing to lose over their final 10 matches.

And McAteer, speaking to TribalFootball on behalf of FreeSuperTips, believes it's no less than Liverpool deserved following the adversities they faced during the season.

"It's a massive achievement," McAteer said. "The issues they've had this season and what they've had to cope with as a club on and off the pitch, to finish third and be rewarded for all the efforts is a great feeling.

"I think they gained momentum at the right time, they found consistency and confidence for the last eight or nine games, they've won the last five games in a row which shows you the mental strength of this team. 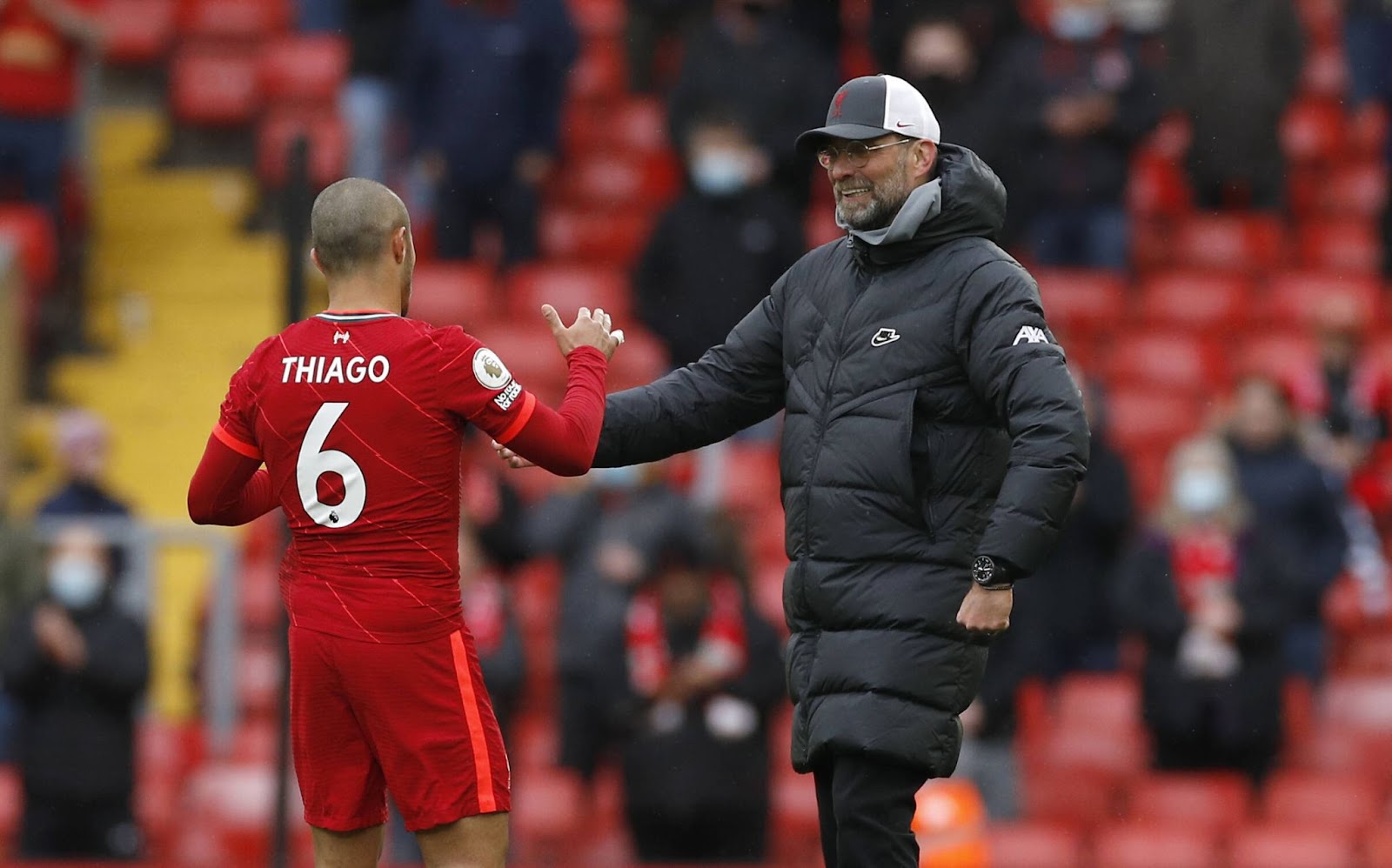 Thiago and Klopp celebrate after a win over Crystal Palace

"I think the past has helped them in that sense, what these players have achieved previously, dealing with the pressure and they've coped with that.

"There's been moments of disappointments with VAR and injuries which has conspired against Liverpool to make it a difficult season.

"But, to turn it around and finish third and qualify for the Champions League is a fantastic reward for all the efforts."

A final match-day win over Crystal Palace secured a third-placed finish for Liverpool.

And McAteer says Champions League football was crucial for the club to build on their recent success.

"You need to be playing in the Champions League to develop as a football club and Liverpool have worked hard over the past four or five years to get there."