The Heysel disaster in 1985 precipitated an unprecedented exodus from English football as teams were banned from European competitions for five years.

Former England midfielder Trevor Steven left Everton for Rangers in 1989 before deciding to take his international quest to another level.

In August 1991, Olympique Marseille made Steven the joint-most expensive British player at the time by paying £5.5 million for his signature.

"Back then it was one of those sought after opportunities to play abroad, because what comes with that is a new culture, a new set of surroundings, and obviously a language that you're not familiar with," Steven told Tribalfootball.com.

"So I took that all on board, and found it extremely difficult to try and use my basic school French, at the outset it was difficult because I didn't understand what the coach was saying in his meetings, he would just point on the board and I wouldn't get the gist of what he wanted. That's what it was like at the start." 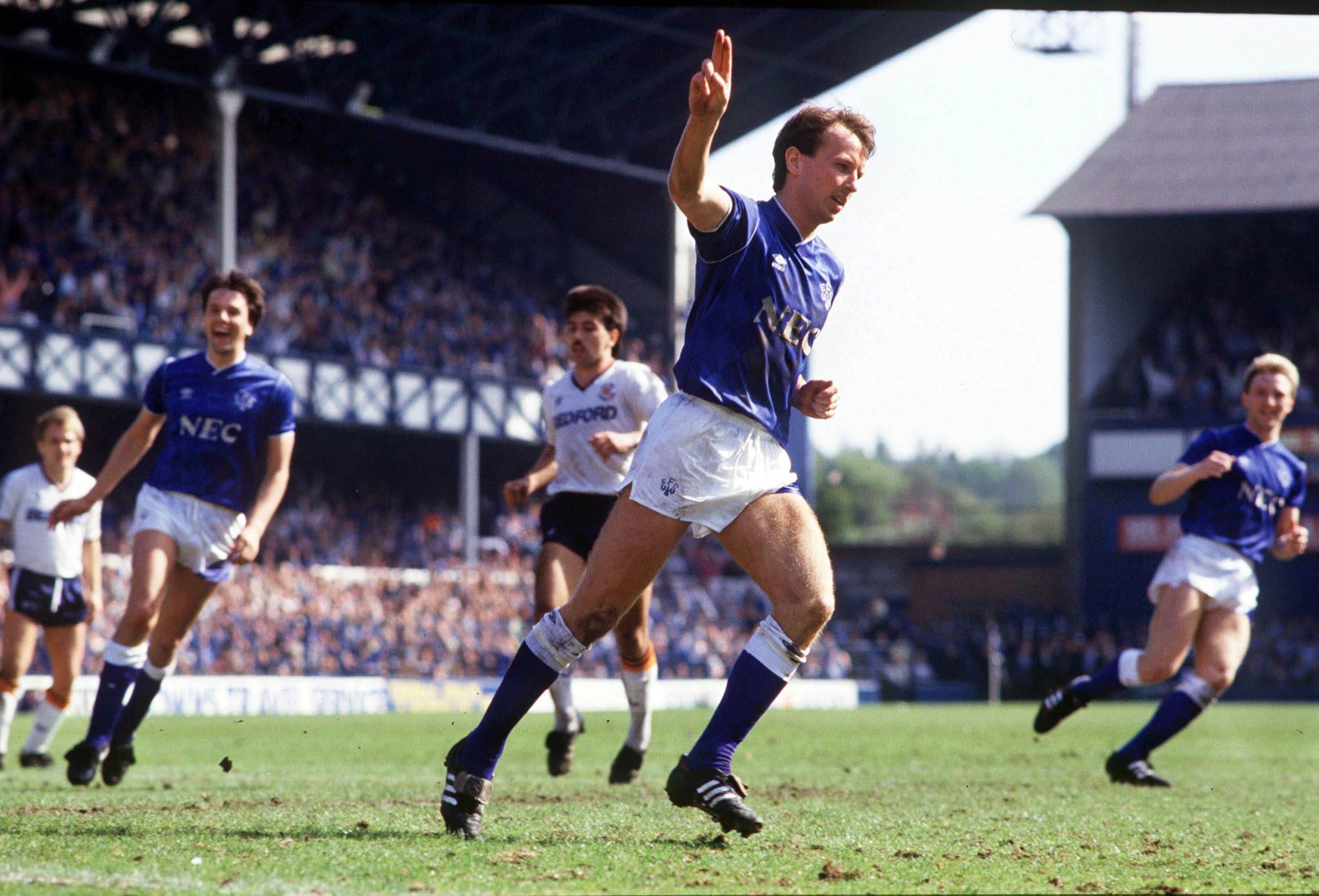 Steven in the Everton glory days

Alongside the off-field challenges, Steven had arrived at Marseille after they had just won the Ligue 1 title as well as losing the European Cup final to Red Star Belgrade.

Basile Boli, Abedi Pele, Chris Waddle, Didier Deschamps and Jean-Pierre Papin were all teammates of Steven at the Stade Velodrome as they claimed the 1991/92 Ligue 1 title.

"I went to Marseille and they were right at the top of European football," Steven, who also won 36 caps for England, said. "They had just played in the European Cup final the season before I joined them, where they lost to Red Star Belgrade. After I left they won it the following year.

"When I was in France the quality of the players was phenomenal, not just within the Marseille squad, but Eric Cantona was playing, Zidane was playing, I found French football was very skilful, not as aggressive or intense as British football.

"Didier Deschamps, who played with me in the midfield. He was about 23, and of course we've seen what he's done in his career, he's been a model pro. Chris Waddle played the best football of his career in those three years with Marseille, there was also Basile Boli." 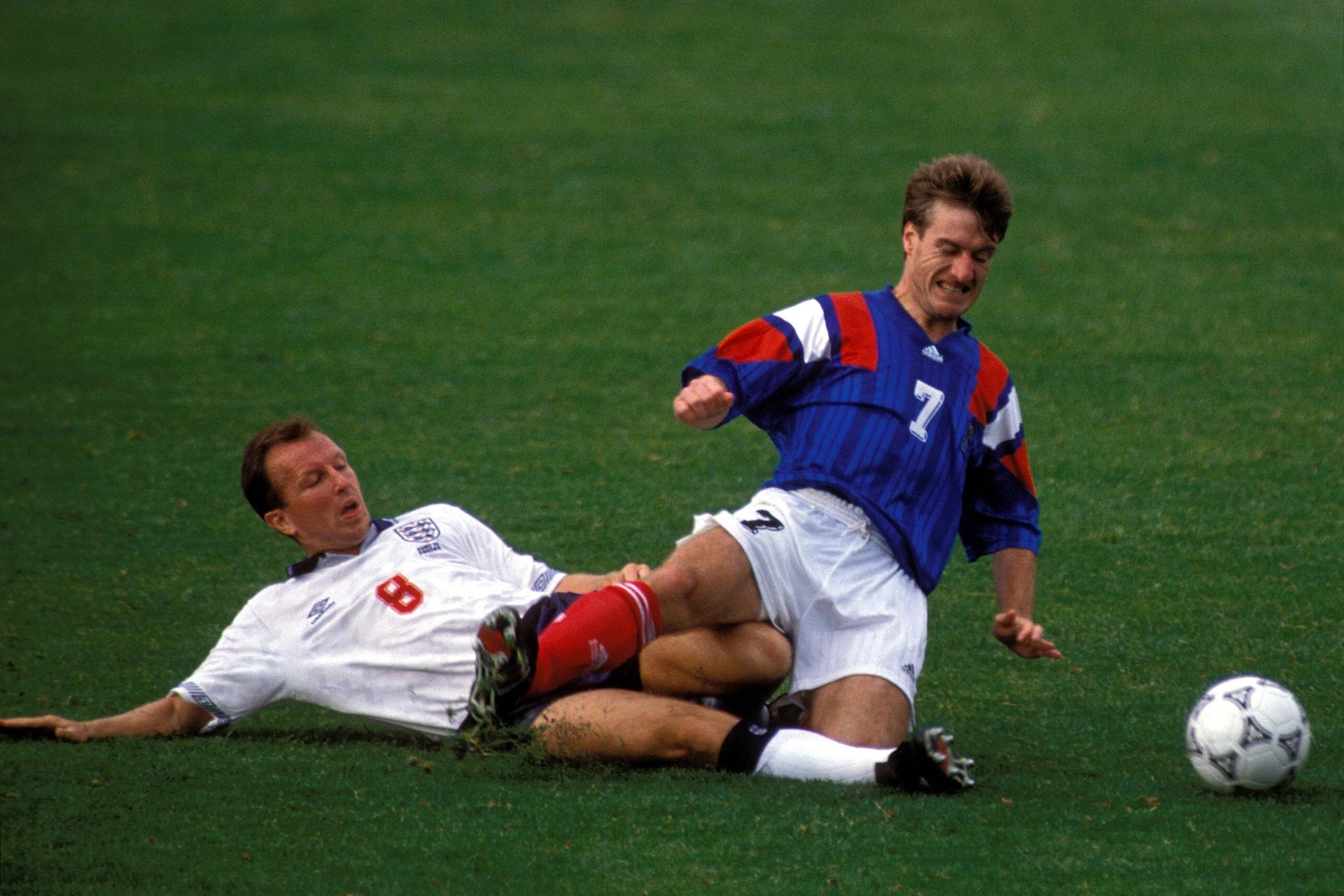 Papin was undoubtedly the biggest star in that Marseille side, scoring 38 goals across all competitions during the 1991/92 season.

The French striker, who won the 1991 Ballon D'Or award, formed a great relationship with Steven.

"He was one of my closest friends," Steven says. "He spoke quite good English and we drove home together after games because we lived sort of next door to each other, and he would be sort of practicing his English on me.

"He was just a phenomenal goalscorer of the same kind as [Robert] Lewandowski, [Robbie] Fowler, [Michael] Owen, [Alan] Shearer. That's what he was, a goal-getter.

"But his technique in front of goal was generally and regularly spectacular. He was known for the volleyed goals he regular scored from distance, overhead kicks.

"At the end of the day he was one of those hungry goalscorers, he wouldn't be happy if we won 2-0 and he didn't score, he'd have a bit of a lip on him, but that was just the competitive nature of him and the team." 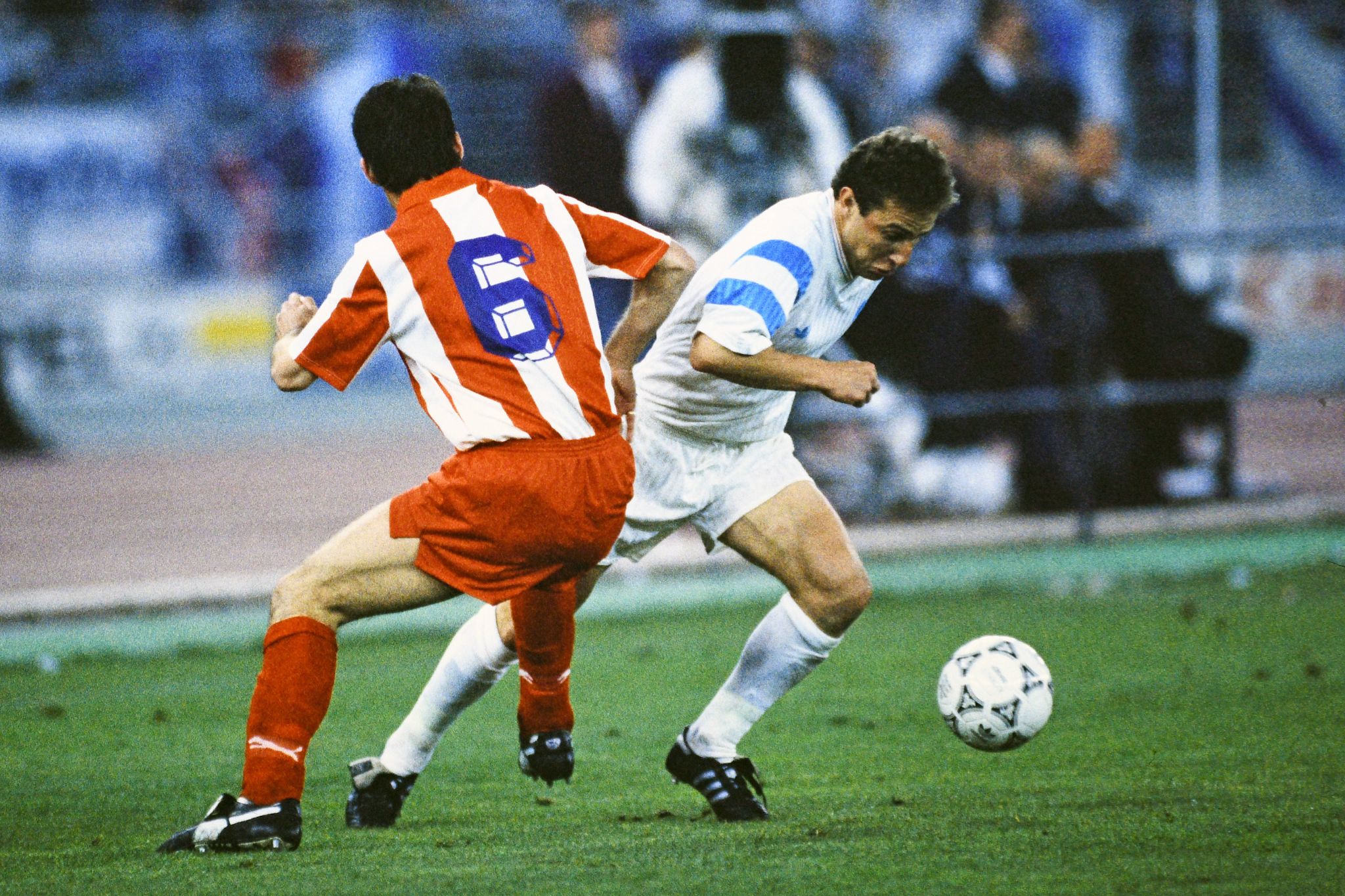 Papin in the European Cup final against Red Star

Steven's French sojourn only lasted a single campaign as Marseille's financial troubles forced his sale back to Rangers in the summer of 1992.

Asked if it was a regret leaving Marseille, Steven replies: "Massive, huge. I didn't want to leave.

"What happened that season was we won the Ligue 1 title, we stupidly got put out of the Champions League by Slavia Prague.

"So the club had financial issues then because they were paying the players heavily, but then that income stream stopped so they decided to reshuffle the pack."

Although it was brief, the experience of playing in France has stayed with Steven for the rest of his life.

"I immersed myself in a variety of ways, reading books, watching TV, and tried to pick the language that way," he says.

"By the end of the season I got quite good at it and ever since I have continued to speak French, some 16 or 17 years now, still keep it going, I'm pretty good at it." 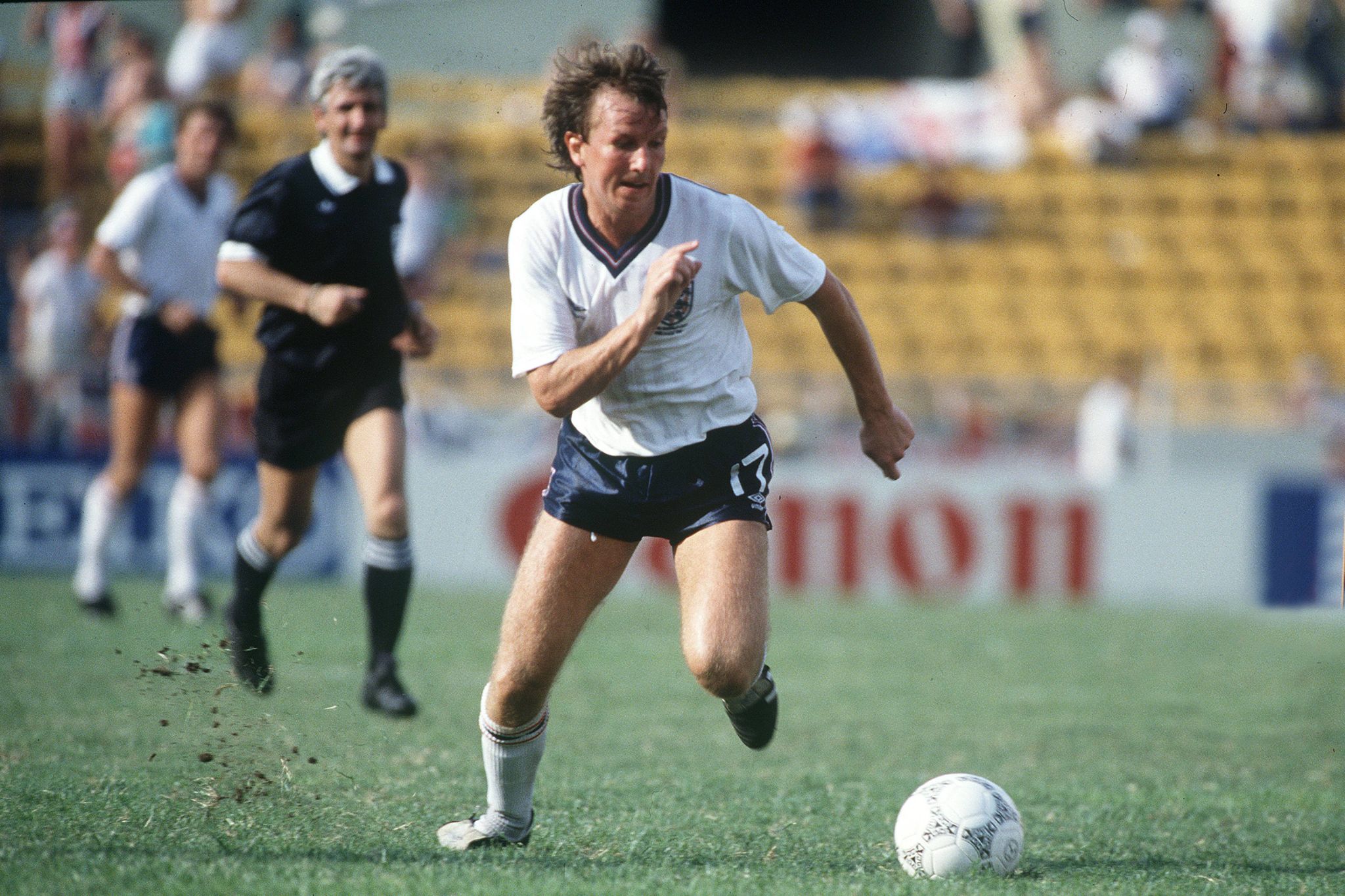 Steven is now hoping to impart his passion for languages on the young footballers of today.

The 50-year-old has teamed up with Rosetta Stone, a language app which is promoting its use amongst grassroots footballers.

While progressing through academies into the first-team at top English clubs remains difficult, Steven says learning another language can lead to more opportunities.

"The world is small when it comes to football opportunities," Steven says. "You can go anywhere in the world now and if it doesn't work out for you in the UK, then you can go and use that language and it will open a lot more opportunities, not only in playing but coaching.

"So it's more of a life learning opportunity than just football, there's far more to it than that."

Rosetta Stonecurrently has a free grassroots learning offer that runs to the end of November. To take advantage of this great deal, visit the Rosetta Stone here: Official Rosetta Stone® - Language Learning - Learn a Language.