Known affectionately as Saeta rubia, orthe Blond Arrow, Di Stefano is regarded as one of the most important footballers of all time, most notably from his spell at Real Madrid.

After beginning his career in his native Argentina and Colombia, the striker made his move to Europe with Real in 1953.

In 11 years with Los Blancos, Di Stefano would win eight La Liga titles and five European Cups, as well as the Ballon D'Or in 1957 and 1959.

Claramunt, who would become a legend himself at Valencia, was a youngster when Di Stefano was the world's best footballer and speaks fondly of the Argentine maestro.

He told Tribalfootball.com: "He was number one in the world as a player, attacking and going forward and getting back and defending and always with a 'winning spirit'.

"He helped his teammates and would also cajole them and give them a good ticking off if needs be, thereby getting the best out of sometimes quite limited players." 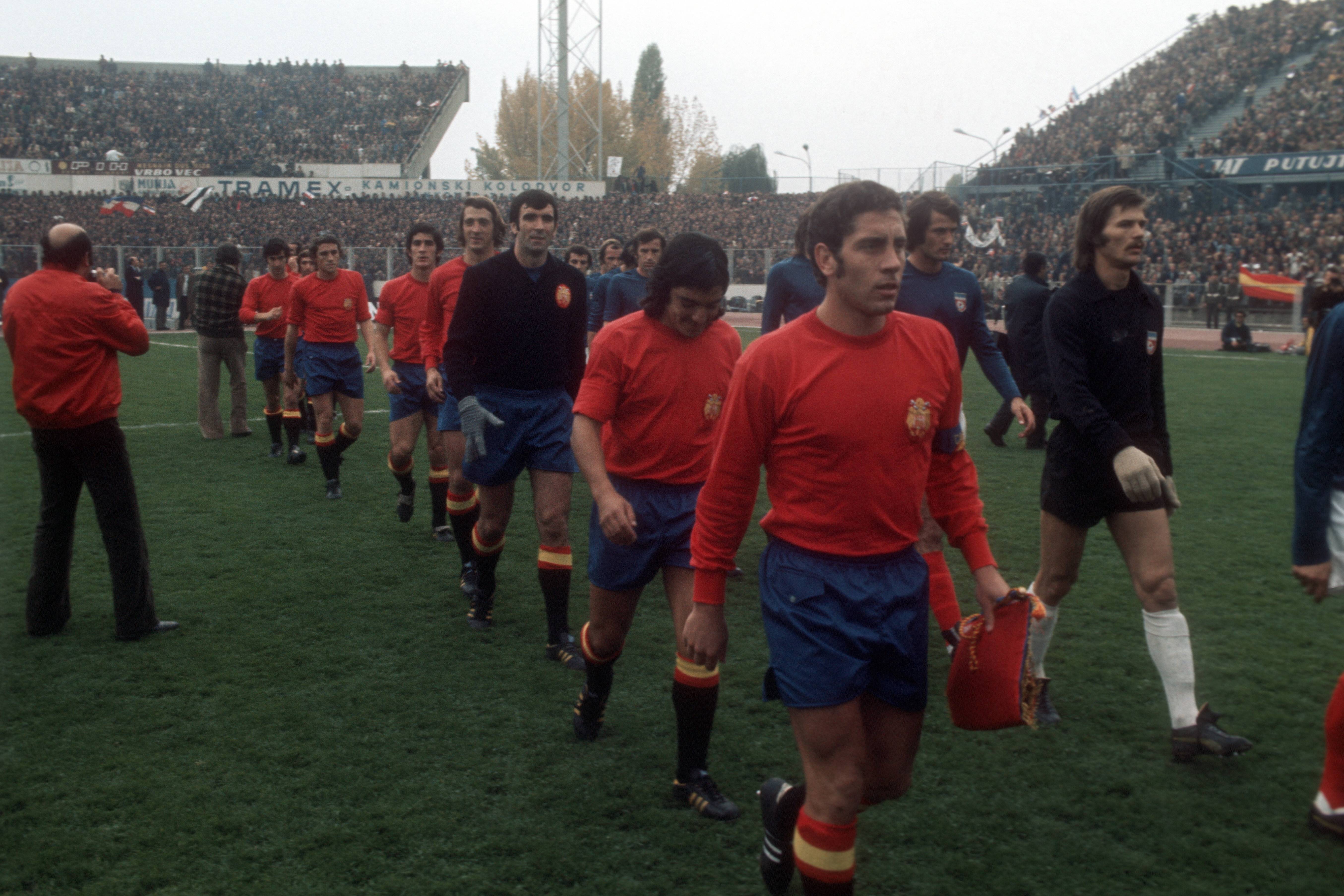 Claramunt leads Spain in a World Cup qualifier against Yugoslavia

Di Stefano finished his career with two years at Espanyol before moving into management with Elche in 1967.

After a year in charge of Boca Juniors, Di Stefano would return to Spain with Valencia, where Claramunt was the star midfielder.

And when asked who compares with Di Stefano's management to a current coach, Claramunt pinpointed his compatriot Simeone as someone who has the same 'winners-take-it-all mentality'.

"As a manager, Di Stefano was someone who knew how to transmit his ideas," Claramunt added.

"He chose me to lead the club (VCF) as captain for 3 years. He was a great motivator, whose 'winner mentality' was very contagious for the team's spirit and attitude. We didn't really have great individuals at Valencia CF but Di Stefano made us into a great 'bloque' (unit) and we won La Liga in 1970-71 and what is now called the 'Copa del Rey' (Copa del Generalissimo) in 1967 as well as reaching 3 Copa del Generalissimo finals during that memorable era.

"In terms of managers today, I would say Diego Simeone at Atlético Madrid would compare to Di Stefano in that he is a great motivator for his players, has a winners-takes-it-all mentality and is focused on the result being a victory for his team and is not bothered about how 'well the team played' but is very much concerned with how effective they are in terms of trying to win the match."