The U's sealed promotion to League One with a win over Grimsby Town on the final day of the season last weekend.

It is the first time Cambridge will play in the English third-tier since the 2001/02 campaign.

Having languished in the non-leagues for nine years before winning promotion to the Football League in 2013/14, Cambridge have finally taken the next step.

Not many people would be happier than Fallon, who spent 12 years at Cambridge United as a player.

Asked how it felt seeing his former club win promotion, Fallon told TribalFootball.com: "It is great to see Cambridge United do well, especially after last season when lots of supporters were not happy with the way the club was being run and looking for lots of change behind the scenes.

"The whole club seems to have pulled together and, in very difficult circumstances, achieved success. It is such a shame that the fans could not fully join in the celebrations on match days. The first home game of next season will be a very special day, I just hope that the majority of the players that achieved promotion are still around." 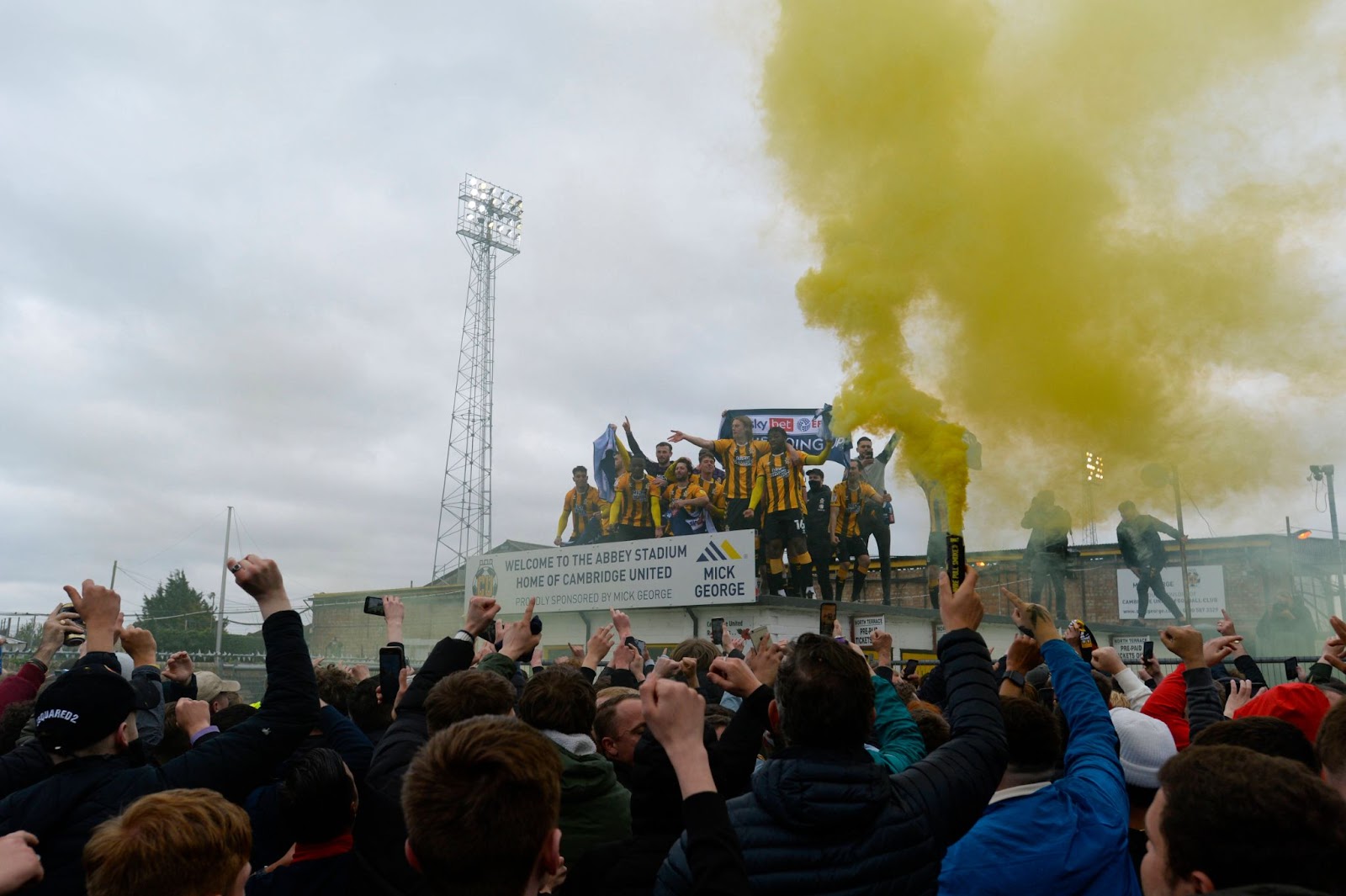 Cambridge celebrating with their fans at the Abbey Stadium

The success has arrived after a tough 2019/20 season, which saw Mark Bonner's side finished in 16th following the cancellation of the league caused by the coronavirus pandemic.

Cambridge ascended from the fourth-tier to second-tier with back-to-back promotions across the 1990/91 and 1991/92 seasons.

And with strong management and boardroom, Fallon isn't ruling out anything for next season.

He added: "It is a great achievement to gain automatic promotion to League One when you consider the problems they have had over the last few seasons and turn a very average 2019/20 season into a promotion the following season is amazing and massive credit must go to the management team and the boardroom who have backed them in very difficult financial times.

"With Cambridge having a history of back-to-back promotions, who knows what next year will bring."