According to Aldershot star Josh Rees, Sean Dyche is missing the big picture.

The Burnley manager recently compared Premier League owners to 'hedge-fund managers' who were not responsible for businesses failing below them.

A number of EFL and non-league clubs could fold if they don't receive urgent funding after the UK Government banned fans from attending matches until March due to the coronavirus pandemic.

And Rees, a product of Arsenal's academy, says Dyche has forgotten that Premier League clubs profit, both competitively and financially, from the lower leagues.

"It's a totally flawed comparison because the Premier League, even though it is its own entity, the filter to it is the EFL and the lower leagues," Rees tells Tribalfootball.com.

"It's just relevant that the guy who has come from the lower leagues, Jamie Vardy, scored a hat-trick (against Manchester City).

"You've got one of the highest scoring Premier League players, and without the lower levels, we would never have had a Jamie Vardy, who was part of a team who are one of the biggest stories ever really in Leicester City. And that in itself probably made the Premier League x-amount of money." 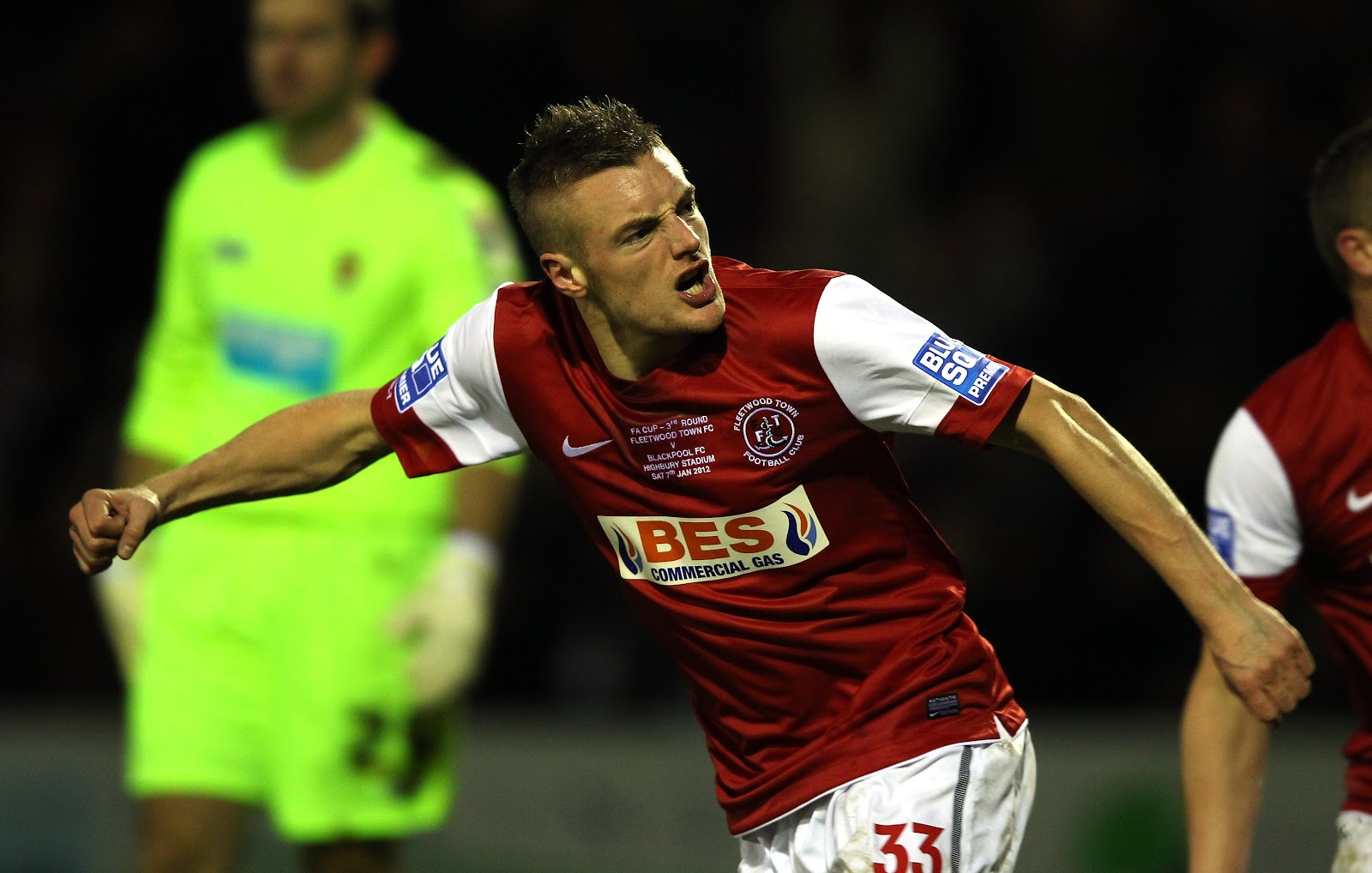 Vardy celebrating after scoring for National League side Fleetwood Town

Loans are also a significant component of the symbiotic relationship between the Premier League and EFL.

At the time of publication, the so-called 'big six' Premier League clubs have sent 20 players to the EFL for the 2020/21 season. More will likely follow before the transfer window between the leagues closes on October 16.

While there are loan success stories - such Harry Kane at Leyton Orient or Jack Grealish with Notts County - ultimately the majority of academy players won't find their way into the first-team, as Chelsea's £200m transfer splurge after their 'youth revolution' can attest.

The lack of English academy players cementing their place at Premier League clubs will have repercussions for Gareth Southgate and the national team. Fortunately there is an alternative if players can start their careers in the lower leagues and work their way up, like Vardy.

Recent examples show just how effective this pathway can be.

Just last weekend, Ollie Watkins, who won his breakthrough at Exeter City, scored a hat-trick for Aston Villa over Liverpool. Dominic Calvert Lewin made his senior debut with Stalybridge Celtic and will suit up for England this week after scoring 9 goals in 6 appearances this season. The list goes on.

Woking manager Alan Dowson - speaking with Tribalfootball.com last year - argued that the lower leagues provide genuine competition over 'hopeless' academy football. And given his experience at both ends of the pyramid, Rees couldn't agree more.

"The academy football, as good as it is, I wouldn't call it real," Rees says.

"At the end of the day it's difficult to break into a Premier League first-team, so the likelihood is you're going to be in the EFL or maybe low-down.

"And when you get there it's not going to be a similar type of football, and the likelihood is you'll spend most of your career at that level. So if you can go there and adapt to the rigours of the game then what will happen, if you have that quality, you can bring it through eventually, but you need to adapt.

"I've seen loads of players with all the talent in the world come down to those levels and struggle. Because it is different, it's more competitive, it's more physical. And I fully agree with Alan Dowson.

"It would benefit them so much more because it shows a manager that they can get through the rigours of men's football. The manager already knows he is a quality player anyway, he's seen him day in, day out in the academy, but as the saying goes, can he do it on a cold Tuesday night in Stoke? That's the proof in the pudding." 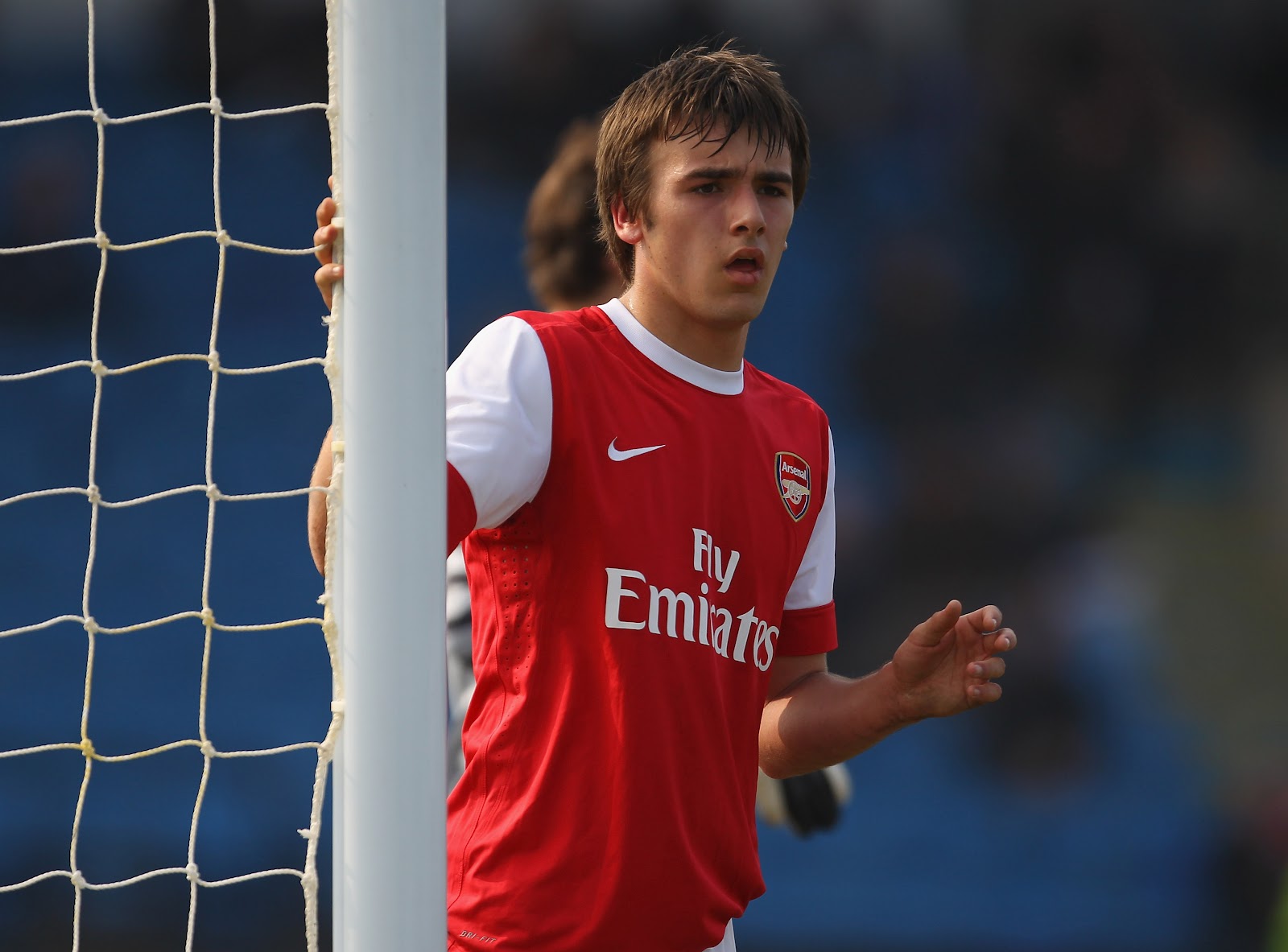 Fortunately for the National League, the 2020/21 season kicked off last weekend after the UK Government pledged to provide an emergency grant to compensate for the loss of ticket sales.

Rees admits it would have been 'devastating' if the season did not go ahead. He includes himself as one of the 90 per cent of National League Premier players who rely on football as their primary income.

Although a definitive amount is yet to be agreed, the BBC reports the National League is seeking between £2 - £3m per month. In comparison, the Premier League spent £1.24bn on 105 permanent signings during the summer transfer window.

With a few million pounds keeping three competitions and livelihoods in tact, Rees finds it hard to believe how the Premier League can't afford to maintain what he describes as a unique and invaluable system.

"(The transfer spending) just affirms the disconnect to be honest. There's all this talk of clubs going under but Chelsea have spent £200m on players. It doesn't all add up.

"I think there needs to be an appreciation that look, the football community is hurting at the moment, it's not a matter of asking because we think we deserve it, it's a way of keeping (everything as it is).

Football aside, Rees acknowledges how fans of Aldershot and other lower league clubs will be impacted by the absence of their Saturday ritual.

"There's a sense of belonging to a football club. And I think the smaller clubs, the lower down you go, there seems to be a genuine pull towards the club, because at the end of the day, the people aren't going down to the games to watch Kevin De Bruyne or something like that.

"They are going down to watch some good football and the level is good but it's not the top, top level. The pull is really the club, the atmosphere and without that it's a big shame.

"We get fans down there all the time, they come and have a chat. Fans can come and watch training if they want too. There was no disconnect at all. That's fans of all ages as well. Young kids, older generations.

"I can understand the appeal of it compared to the Premier League, as much as they try and make it more accessible, it seems even more distant now that it used to be. The closest you can get is watching a documentary on Amazon, and even that is staged."