Southampton boss Hasenhuttl: Livramento and Broja very important for us

COMMENT: Manchester United at Everton. Apart from a couple of knocks, in the end it couldn't have run any better for Ole Gunnar Solskjaer. Even those minor injuries gave United's manager the chance to let off some steam after a tough week...

Of course, it wasn't looking so good at 12:45pm early Saturday afternoon. A goal down. A goal conceded via a route one clearance from the recalled Jordan Pickford. The shambles of Istanbul was rearing it's head again. Those in the press. The pundits on the couches. They were convinced this was it for Ole.

But the players hadn't read the script. Those that Solskjaer had placed his faith in, they didn't let him down. The early goal only serving to give those in the Red shirt the opportunity to prove their character. Their mettle. And inevitably, the one to step forward with a classic midfielder's equaliser. The stuff of Bryan Robson. It just had to be Bruno Fernandes.

The Portuguese would soon later have United in front, this time setting up Marcus Rashford. The England striker failed to connect, but such was the accuracy of Fernandes' little wedge, that it still found the inside of the far post.

And to round it all off, Fernandes, in the dying embers of an excellent away performance, put aside his chance of a hat-trick to lay on the plate a first goal for their new No7, Edinson Cavani.

Those selection choices of the manager had been justified. With Paul Pogba watching from the bench, Fred and McTominay, snappy and industrious in midfield, won the battle against the most talented player on the pitch - Everton's Brazilian Allan. And in doing so, gave Fernandes - and the recalled veteran Juan Mata - the platform to wield their magic. And at the back, Harry Maguire produced a captain's performance to silence currently the league's outstanding striker, Dominic Calvert-Lewin. Indeed, for performances at Goodison Park, it was as good as anything seen from a United team this century. Crisis? What crisis?

Then came the rant. And again, it was justified. An away game on Wednesday night followed by a noon clash at Goodison? No-one could argue Solskjaer didn't have cause for complaint - especially after the week he's had.

"We were set up to fail," he declared. "The kick-off time set us up to fail. We have been to Turkey, played loads of games this season already, we got back Thursday morning and we are playing Saturday lunchtime, it's an absolute shambles." 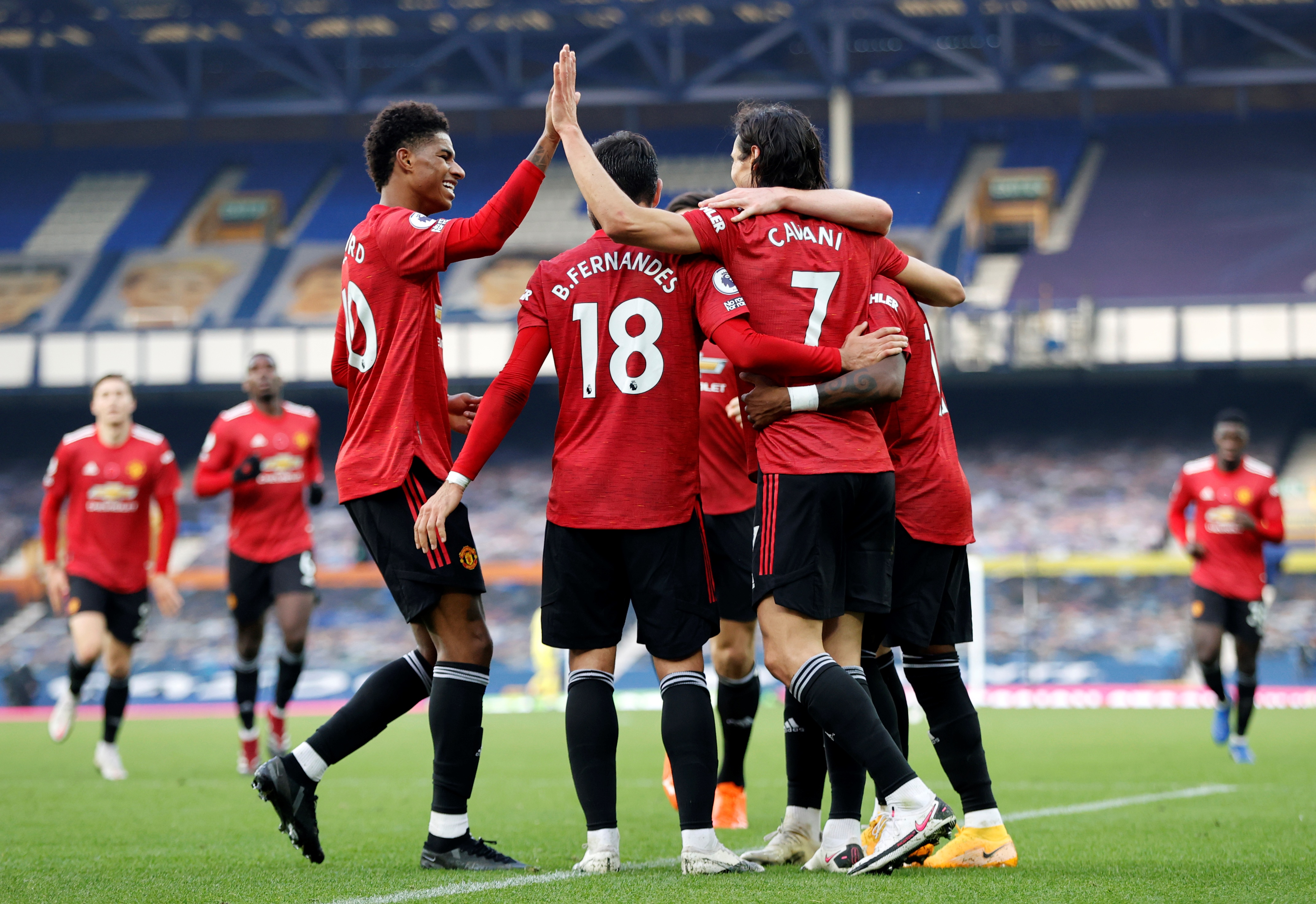 The siege mentality is developing. First it was the media with the manager's "destabilise" claims, something that Fernandes would later echo while away on international duty. Now it's the game's authorities. The FA? The Premier League? UEFA? Take your pick. It doesn't matter. It's more about Solskjaer's players. A bunker, us versus the world, mentality. You look to within for support. You lean on eachother. Do that and you'll have more nights like PSG at the Parc des Princes or days like Everton at Goodison Park.

Fernandes caught the vibe. He couldn't quite get his English to express it, but it came close enough.

"We know inside of the dressing room what we have to do," insisted United's No18. "Everyone needs to be a leader. Some are leaders with the way they play, some do other things.

"The most important for me as a number 10 is serving my team mates."

This is the way forward for United. It has to be. No-one likes them. No-one wants to celebrate them. People do want to "destabilise" what Solskjaer and his chosen leaders in the dressing room are trying to build. But the question is, do these forces only exist outside the gates of Carrington?

Long time readers of this column will know the story. The one about a great source in Catalonia. One whom we let down on initial contact seven years ago. A little known out-of-work Argentine, at least across the English-speaking media, was on the south coast. In a hotel. And there to meet Nicola Cortese, the then Southampton chairman. Mauricio Pochettino was in England to sign for Southampton. It was out of the blue. We couldn't substantiate it. And the source was new. We let it slide...

Of course, the apologies and humble pie from this end were rapid. And the source remains one of our best today. But what this did illustrate was how Pochettino's people, at least those he was then connected with, act. Cortese (why isn't a talent like him back in football?) was able to do his work without any concern of leaks. Of having his plans rumbled, then judged and inevitably mocked by a media (and yes, at that time this column included) incapable of seeing in Pochettino what the Italian had identified.

So when it makes the press this past week that United are in contact with the Argentine. Sounding him out. On past evidence, you have to assume the approach has reached the public via the club's side of the table.

Inside Carrington, no matter the result on Saturday, the belief was Solskjaer was safe. That was the word we had. But this is from people on the ground, not in the board room. And that's the concern.

As much as a week seems like a month these days, Solskjaer still hasn't been two years in the job. He has the club back in the Champions League. He has returned it to valuing their academy talent and playing football the 'United Way'. Surely, when his team suffers a four-day blip, he deserves better from the higher ups than an immediate approach to the next shiny media thing out there producing headlines and clicks?

But that's to assume the worst of the board. What if this story did indeed come from Pochettino's end? Encouraging the media hype. Undermining Solskjaer and the club's project. Should United take action?

Well, if they're sure of Solskjaer. If they're 100 per cent behind the manager and his approach. Then the answer is a simple one. Cut off all ties with Pochettino. Do it publicly. It's never been done before. But days like these fortune the bold. A statement would not only offer the manager unequivocal support, but also warn outsiders the club won't be taken for mugs.

Again it's bold. But it was a very, very tough week for the club and their manager. A week not helped by the Pochettino headlines. Is it any wonder Solskjaer let off some steam after such an impressive performance at Everton on Saturday...?