Everton & Kean: Why door not shut on Rafa keeping his 'new' £50m striker

COMMENT: Convincing. Coaxing. There's a still an awful lot for Everton to do, but on evidence from Florida this morning, Moise Kean has left the door ajar. Rafa Benitez could yet enter the season with a 'new' £50m striker...

He was bright. Committed. And a threat. Kean was handed a start by Benitez for Everton's Florida Cup tie with Pumas - and he didn't let his manager down. The goal - the only one of the game - was well due, given the performance of the Italy international. It wasn't five-star, it didn't need to be, but Kean was lively. He was up for it. It was a mature, centre-forward's display. All the strengths of Kean were showcased. He was a focal point for Benitez's new wing twins, Andros Townsend and Demarai Gray. He was as good with his back to goal as he was getting on the end of the passing of Andre Gomes. And when in possession, he was quick to set up teammates - Alex Iwobi, for one, should've done better after a one-two with his young teammate.

Significantly, Kean showed no signs of being on the brink of a strop. If this display was anything to go by, the club's No27 is willing to buy into this new Benitez era. France and PSG remain the favoured option for the young striker, but he's not about to down tools if things don't pan out as planned.

And for the moment, the good money is on PSG's interest being forced to the backburner. That now famous meeting in Nice between Nasser Al-Khelaifi, the PSG president, and super agent Mino Raiola wasn't just about Paul Pogba. Along with the Manchester United midfielder, Raiola also has Kean on his books. And the message relayed to the Italian was that a return for Kean wasn't the priority. No, that would be Pogba. And even then, after the €73m shelled out to Inter Milan for Achraf Hakimi, plus the wages for Gigio Donnarumma (another of Raiola's clients), PSG would have to shed numbers - big numbers - to first get Pogba over the line, then perhaps Kean.

So they have a chance, do Everton. With Kean prepared to join the squad in Florida. With the commitment and willingness shown against Pumas. There's a real opportunity for Benitez to convince his young striker to stick around. 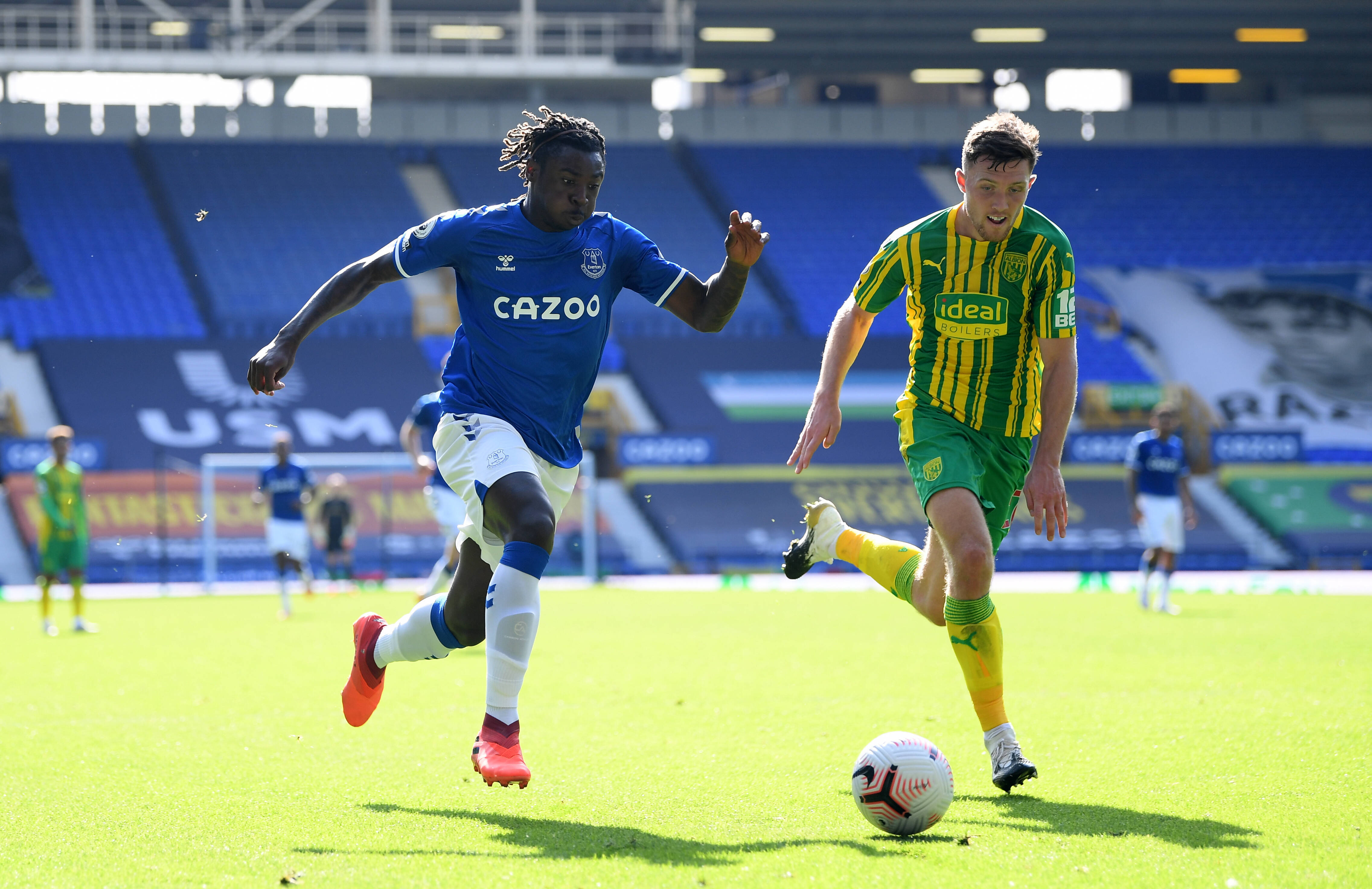 "It is important for a striker to score so it is good news for him, good news for us," Benitez said. "It is still in the early stages of the preseason so we have to keep working.

"The problem with the transfer window is that it finishes at the end of August so you will be still playing games and you have to make decisions on players, so that is important for them to understand that they have to carry on and for him to score goals is the best way to make his point."

A call to Kean to continue his focus with Everton? Or one to keep impressing this coming month in order to put himself in the shop window? Like so much around all this, everything is wide open and at the mercy of interpretation. But Benitez wants Kean to stay. He knows his team will be better with Kean around. But introducing tactics, patterns and systems to his new squad will run smoother if Benitez can be sure of Kean's commitment. There'd be nothing worse for the Spaniard than to spend a month building a forward structure around Kean, only for him skip out in the final days of the market. For the sake of the season, Benitez needs an answer from his young striker sooner rather than later.

But beyond the Italian, Benitez is delighted. Indeed, his entire backroom feel the same. The impact of new arrivals Townsend, Gray and Asmir Begovic has exceeded expectations. Against Pumas, Townsend impressed, while Gray was outstanding. But it's been on the training pitch and amongst their new teammates that the trio have truly shone.

In training, Townsend has taken some teammates aback with the quality of his crossing and finishing. Gray, meanwhile, has pleased Benitez and his coaching staff with the attitude he has shown from the first day. With his energy and personality, the former Leicester City winger already acts like he's been an Evertonian for years. As mentioned, Benitez is delighted.

So they're getting it right. And there's still much more to come. That first big money signing is the one we're all waiting for. The player to mark the beginning of a new era. One to be forever linked to Benitez. Striker? Midfielder? Centre-half? Take your pick, but there is money in the Everton coffers for Benitez to truly lay down a marker and give us all a sense of where he wants to take this team.

In the meantime, there's still some convincing to do. The Kean situation remains wide open. Though on evidence in Florida, the chance of Benitez starting the season with a 'new' £50m striker is growing by the day.