COMMENT: Now it's personal. Ole Gunnar Solskjaer and Donny van de Beek. There's no confusion now. If it doesn't work out for the Dutchman this season, the blame can be directly squared at his Manchester United manager...

It was a good move. Indeed, for the player Van de Beek is, a dream move. Marcel Brands had come knocking. Everton's former PSV Eindhoven football chief offering his fellow Dutchman an escape route out of Old Trafford.

There wasn't the Champions League to look forward to. Indeed, there'll be no European football at all at Goodison Park this season. But for Van de Beek. At this stage in his career. The move was perfect. With Rafa Benitez now in charge, he would arrive as the Everton version of Rafa's Lorenzo Insigne at Napoli. Or better yet, Pablo Aimar at Valencia. That inside-forward position was waiting for him. He had a manager, so reliant on a player of his type, eager to welcome him. After a year in the wilderness at Old Trafford. Fighting self-doubt and questioning self-worth. Here was the opportunity for Van de Beek to put it all behind him and start again.

He and his agent, Guido Albers, had agreed the move. The higher ups at both clubs had done the same. Van de Beek would be signing for Everton on a season-long loan on Tuesday - transfer deadline day. Only thing is, Solskjaer hadn't read the script. With everything settled between all parties, the call came in: it was off. The deal vetoed by United's manager. Van de Beek remained a United player as the clock struck 11pm on Tuesday night.

Albers has since put a good face on it. He had to. There's no point steaming into his client's manager with the window now shut. Though there was a hint of frustration that Solskjaer's decision was only made in the eleventh hour.

"...it looked like they would, but ultimately they didn't," said Albers, before conceding despite Solskjaer decision, there's no guarantee that Van de Beek's situation will improve over the comings months.

"Disappointed," continued the agent, "but also assuring for him, so that he will get his chance, and will get his minutes, but this will become clear in due time.

"He's been promised that before, but we came to a clear agreement about this with the club, so we have all faith that it will happen now." 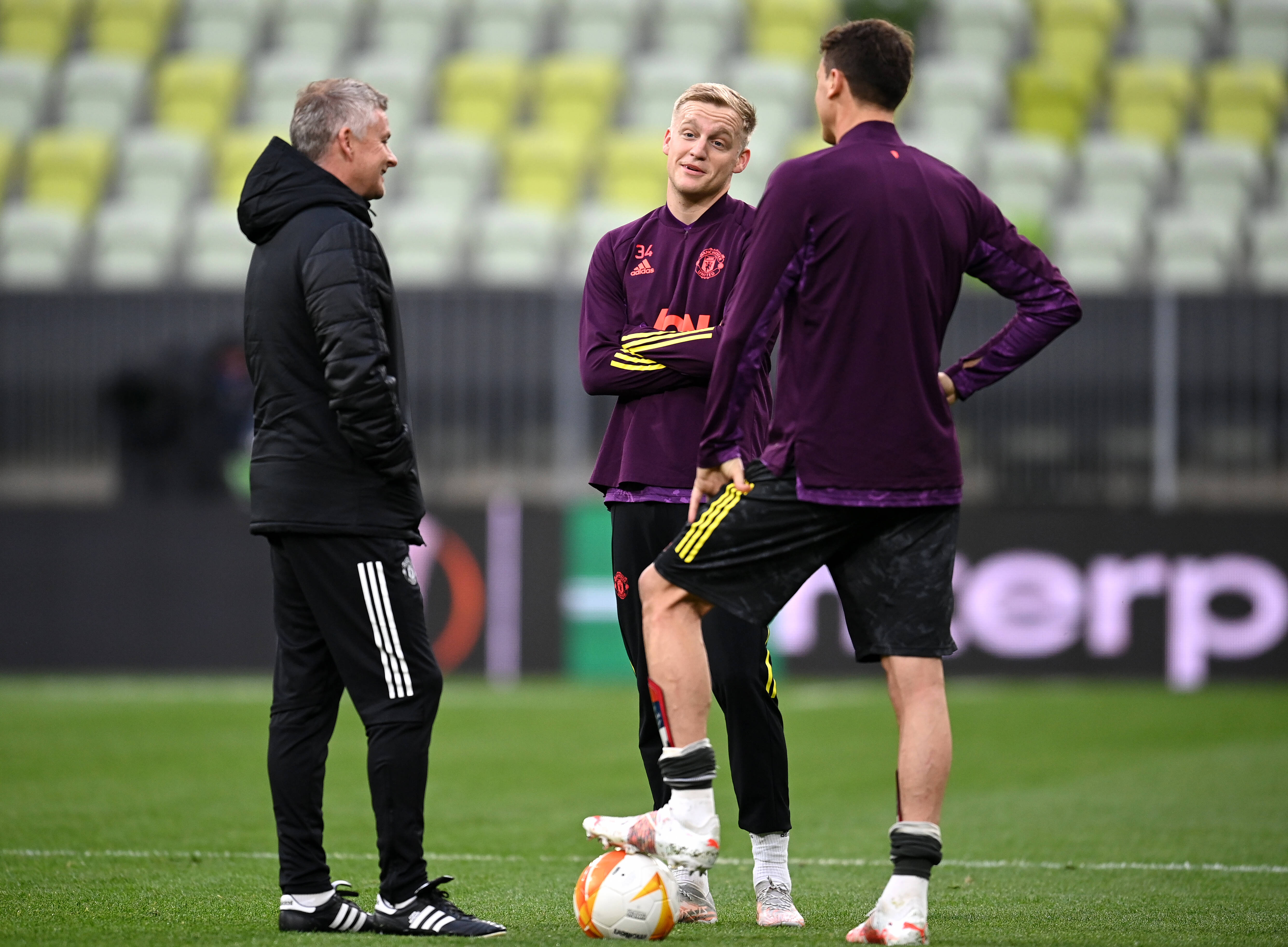 As Albers says, Van de Beek has seen this all before - and been let down. And for this column, he doesn't deserve it. Solskjaer has now put Van de Beek on a promise. United's manager needs to find a way to bed down his No34. It's not enough to give Van de Beek a Cup game here, a few minutes there. That does nothing for his form, for his confidence and especially not his career. Tuesday's veto has effectively made Solskjaer responsible for Van de Beek's career. And if things don't improve for the 24 year-old, it'll be a black mark against Solskjaer and his time as United manager.

Van de Beek has done nothing wrong. No-one inside Carrington has a bad word to say against him. And the way he returned from his summer break, having added extra kilos to his frame after time in the gym, only reaffirmed how good a pro he is. He's more than met Solskjaer halfway. And as crowded as his midfield is this season, Solskjaer - after Tuesday's call - needs to find a way to give Van de Beek the regular football his game needs.

For now, for United fans, Van de Beek is an after-thought. Simply one of many. But he is much, much more. United's support still haven't been properly introduced to Van de Beek. The player who, upon the announcement of his sale to United, stopped his car outside the Amsterdam Arena to address hundreds of fans upset with the news. It was a Keegan-esque moment. There was no microphone. No PR handlers. It was just Donny and the fans whom had supported and watched him come right through the club's youth system. The two parties eventually breaking up to loud applause.

But at Old Trafford, United fans have not seen this side of Van de Beek. Indeed, this column would argue they've been deprived of it. But now the cards are on the table. Solskjaer has made his move. The player's manager, if he is true to this reputation, needs to find a way to bring through Van de Beek. Where? How? Well, only Solskjaer knows. It was his decision to block the Goodison loan. There has to be a plan behind it. And that plan must be more than Van de Beek acting as cover for Bruno Fernandes and Paul Pogba.

He needs rhythm. He needs touch. He needs to develop combinations with those around him. They need to know his movements - and he theirs. Van de Beek isn't going get that by pinching minutes here and there. Indeed, Solskjaer knows he'll be doing even greater damage by treating him as a super-sub.

Marciano Vink, the former Ajax and Holland defender, summed up Van de Beek's situation "he's wasting away" after he was left on the bench for victory over Leeds United: “You saw when he came in last season...

"The balls he received were then just behind him, or not played well, and then you don't get into your rhythm. It became worse by the week."

This season can't be a repeat of what Vink and all us witnessed last term. And after Tuesday's call, the responsibility for making sure things do change is with the manager. Solskjaer made it personal. If Van de Beek is denied the chance to get his career back on the rails, the blame can be directly squared at his Manchester United manager.